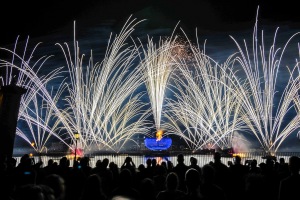 2021 has been a strange year for the Disney Parks. Well, really it’s been a weird year for everywhere. 2020 was the same. I think this has left people confused. I can tell you that I am confused nearly every day. Thankfully for the sake of this blog […]

Walt Disney World’s 50th Anniversary is off and rolling, with it there’s an incredible amount of specialty food offered! Naturally, we had to try some of this food, which is available through all four theme parks as well as the resorts and Disney Springs. Seeing our love of […]

Harbour Galley is a counter-service restaurant in Disneyland. Located in between New Orleans Square and Critter Country, Harbour Galley is easy to pass by if you don’t know what you’re looking for, as it’s a little shack along the water. The restaurant serves sandwiches and seafood and does […]