Shocking news came out of the Disney Company late Sunday as reports surfaced that Bob Iger would be returning as the company’s CEO, replacing Bob Chapek. This was after Chapek took over for Iger in 2020, as Iger retired. Below is a statement from the Walt Disney Company […]

Last month, Disney announced the date for Mickey & Minnie’s Runaway Railway opening at Disneyland. Now we’ve learned that the rest of Mickey’s Toontown will open on March 8th, about 6 weeks after the new attraction. In this post, we’ll cover the news and give a few thoughts […] The Holiday Season is one of our favorite times of year at Disneyland Resort! Decorations abound, special entertainment is throughout the park, there’s several ride layovers and plenty of food to try. We’ve already covered Disneyland at Christmas so today we’ll move on to it’s next door neighbor, […]

Carthay Circle Lounge – Alfresco Dining is an eatery sitting at the base of Disney California Adventure’s icon. The lounge offers a variety of appetizers, small plates and a few entrees as well as a substantial drink menu. Alfresco Dining offers a mix of Mediterranean and Californian fare. […]

The Holiday Season is an amazing time at Disneyland! Decorations abound, special entertainment is throughout the park, there’s several ride layovers and plenty of food to try. In this post, we’ll cover all of Disneyland’s Christmas offerings, giving a brief summary of each! We won’t get to the […] 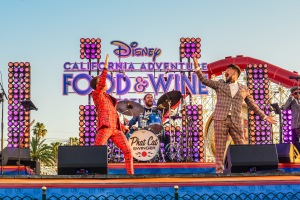 Phat Cat Swinger is Ready for Festival of Holidays at California Adventure!

The first thing you notice at a Phat Cat Swinger show, before a note blasts into the air and the stage turns into organized chaos, is the attire. All 11 of the members of the ‘little-big band’ are dressed in their finest suits and dresses. They wouldn’t look […] 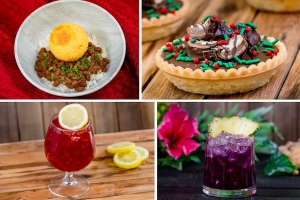 Christmas season is right around the corner at Disneyland Resort, beginning November 11th and lasting through January 8th. With that comes Disney’s Festival of Holidays at California Adventure. This event includes marketplaces (or food booths) set up throughout the park. In this post, we’ll cover all of the […] 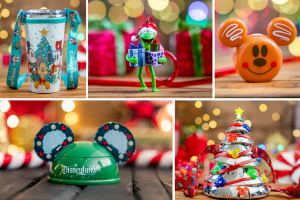 Disneyland Resort’s holiday season is just around the corner, starting on November 11th and running through January 8th. With it comes specialty food items at nearly every restaurant within the resort! In this post, we’ll cover all of these specialty items and let you know where they’re located. […]

Walt Disney World is home to 20+ resorts, filled with frills and amenities. There’s great dining to be found, incredible lobbies to explore, and some beautiful landscaping throughout all of them. But does that really matter? Isn’t it all about the pools? Well, no but I’m not above […]

Our Land Exit Survey series is headed back over to Tokyo Disneyland to explore Westernland! Much of it will seem familiar to those who are stateside but some of it will not. Theme parks are made up of sub-sections, generally called lands which is what Westernland is. Since […]

How to Rent DVC Points from Owners

Special Treats Coming to Disneyland Resort for the Disney 100 Celebration