Planning a trip to Tokyo Disney Resort can be an overwhelming task. Traveling halfway around the world can be scary in its own right but trying to plan a perfect trip adds some unneeded pressure. The first decision to make is when you would like to go to […]

Another year, another set of Disney Park Power Rankings™! The Disney Parks changed a good amount in 2022 but the bulk of those changes came in the form of returns, with many nighttime spectaculars and stage shows coming back from the COVID abyss. Where does that leave the […] 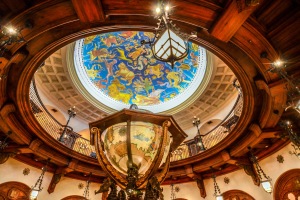 Traveling to Japan can be frightening at first blush. There are many unknowns that come with traveling to a foreign country, chief among them is the food you’ll find along the way. For those that are traveling to Tokyo Disney Resort (or Japan in general), don’t worry! Most […]

Our Land Exit Survey series is headed back over to Tokyo Disneyland to explore Westernland! Much of it will seem familiar to those who are stateside but some of it will not. Theme parks are made up of sub-sections, generally called lands which is what Westernland is. Since […]

Tokyo DisneySea has embarked on one of the most lavish and extraordinary expansions in theme park history. There has been recent concept art and information coming out about the project, as well as names for the areas. In this post, we’ll update you on the news and add […] 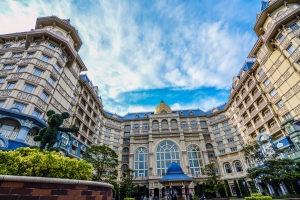 Where to Stay at Tokyo Disney Resort

Planning a trip to Tokyo Disney Resort can feel like a monumental task for first-timers. While many of the aspects of Tokyo Disney Resort resemble what we see stateside, there are some unique parts of planning including where to stay. We’ve briefly covered the topic in a previous […] 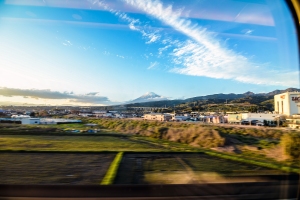 Any trip to a foreign land is daunting and there are so many questions. One of the biggest questions is how to get around this new place. This is especially of note in Tokyo and Japan where English isn’t the native tongue and the flow of traffic is […]

We’ve finally made it to D23 Expo week! After some delays due to the pandemic, the fan event will take place at the Anaheim Convention Center Friday, September 9th through Sunday, September 11th. The final day (the 11th) will be more Disney Parks focused and when we expect […] 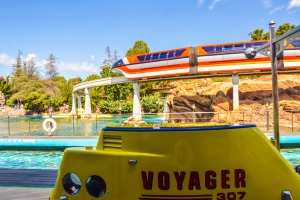 A Trade Each Disney Park Should Make

Once upon a time (about five years ago) I wrote a post where theme parks could trade attractions between each other. There are times when I go on a ride, see a show or eat at a restaurant and think that it might be better off in a […]