Flo’s V8 Cafe is a quick-service restaurant in Disney California Adventure.  Located in Cars Land, Flo’s is what ties the area together. Adorned in neon lights in the evening and bright colors through the day, Flo’s is one of the first things eyes are drawn to when entering […] As the world spins madly on and Disney’s original theme park remains closed, it’s time we head back there virtually. I had one last trip report tucked away for a time when there wasn’t much to update. Now is that time. Let’s head back to a few weeks […] 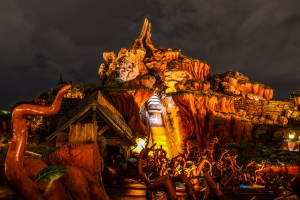 Disney recently announced that one of their iconic attractions, Splash Mountain, will no longer exist, making way for a a Princess and the Frog layover. This news has come at the height of racial tension throughout America and across the globe. As usual, Wandering in Disney is immediately […]

It’s the two year anniversary of the Wandering in Disney Podcast so we’re back counting down our top 20 attractions! All 5 co-hosts list their favorites, counting down from 20. There’s a few usual twists and turns along the way. You can listen to the show at the […]

UPDATE: Disney has officially canceled all Mickey’s Not So Scary Halloween Parties in 2020 due to Covid-19. For those that have already bought tickets, refunds will automatically be issued to your credit card. If tickets were bought with a gift card then Disney will be emailing a new […] 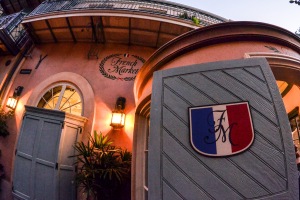 The French Market is a counter-service restaurant serving Cajun food in Disneyland’s New Orleans Square. They also have the Disneyland’s famous Mint Julep (non-alcoholic). The inside of the restaurant is just a counter with no seating, as all of the seating is outside in a courtyard. This review […]

Melissa and Andrew are back to continue their series of ranking places they have been, this time focusing on Walt Disney World hotels. They go through the 15 they have stayed at and explain why they rank where they rank. You can listen to the show at the […]

Hello everyone, we hope you all are staying safe and healthy. As we continue on during these strange quarantining times, Andrew and Michaela are back to argue about things that in the end, don’t really matter. Visiting any Disney theme park will have you seeing some awe-inspiring things: […] 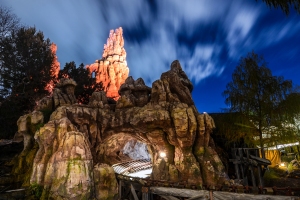 Going To The Disney Parks Solo

Bob Iger Steps Down as CEO

Our Favorite Kind of Magic