Is Disney Building Too Many Roller Coasters?

Many of you saw the title of this post, said no and probably decided that reading this wasn’t a good idea.  Probably a good move.  People love roller coasters and Disney has made some of the most famous ones in Space Mountain, Big Thunder, the Matterhorn.  On top of that, their recent additions (over the last 20 years) like Expedition Everest, California Screamin’, and Seven Dwarfs Mine Train have all proven to be quite popular and well made. 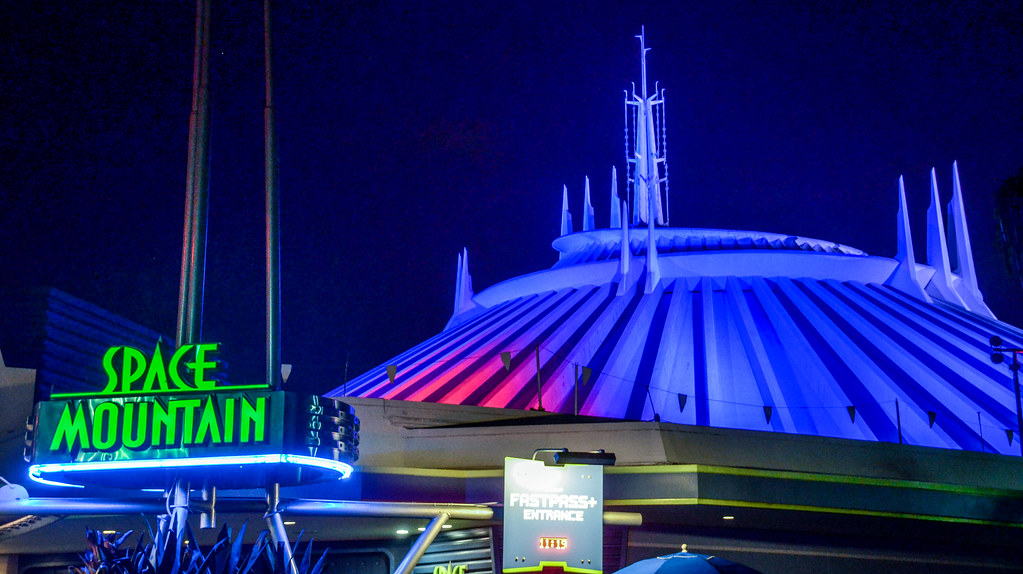 While people love the thrill of coasters, they do have some issues that can negatively impact a theme park.  Roller coasters are generally a cheaper option to make than most state-of-the-art attractions.  In the past, Disney has generally strayed away from making them look cheap.  They have done this by enhancing the roller coasters with faux mountains or show buildings surrounding the tracks.  This not only makes the coasters look better but the whole park benefits.  Instead of steel structures looming over the rest of the park, there are beautiful mountains or other iconic sites in guests view.  California Screamin’ (or Inredicoaster) was a break from that but is relatively well hidden and still fits the theme of the land.

Another negative impact of coasters is their relative lack of story.  While some ride systems allow for more elaborate story telling, a roller coaster either has to tell the story in the queue or take advantage of slow downs in the ride.  Big Thunder Mountain Railroad and Seven Dwarfs Mine Train both take advantage of slower parts of the ride to give guests a sense of time and place.  Expedition Everest expertly sets up the attraction in the queue and then follows with the actual story based on the surroundings of the ride and a giant yeti.  Space Mountain, likewise, tells a story just by simply the surroundings of the coaster.  While Disney has done exceptionally well in telling stories on roller coasters, going to basically any other theme park will showcase how hard it is to accomplish. 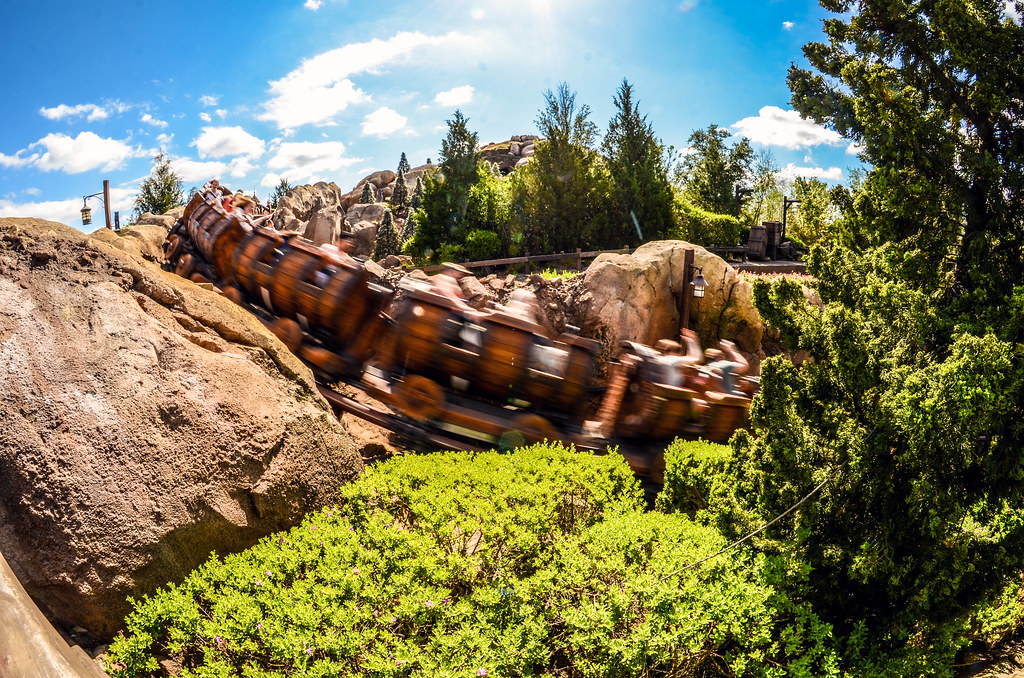 One last negative that Disney hasn’t avoided as much is that roller coasters have capacity issues.  The ride system limits the amount of riders per hour, making the lines longer.  There’s a reason Space Mountain consistently has longer lines than Pirates or Haunted Mansion and it isn’t because more people are going on Space Mountain or that the rides better.  Omnimovers, like the system at Haunted Mansion, and systems that can squeeze a number of ride systems in, like Pirates, are far more efficient for theme park lines and capacity. 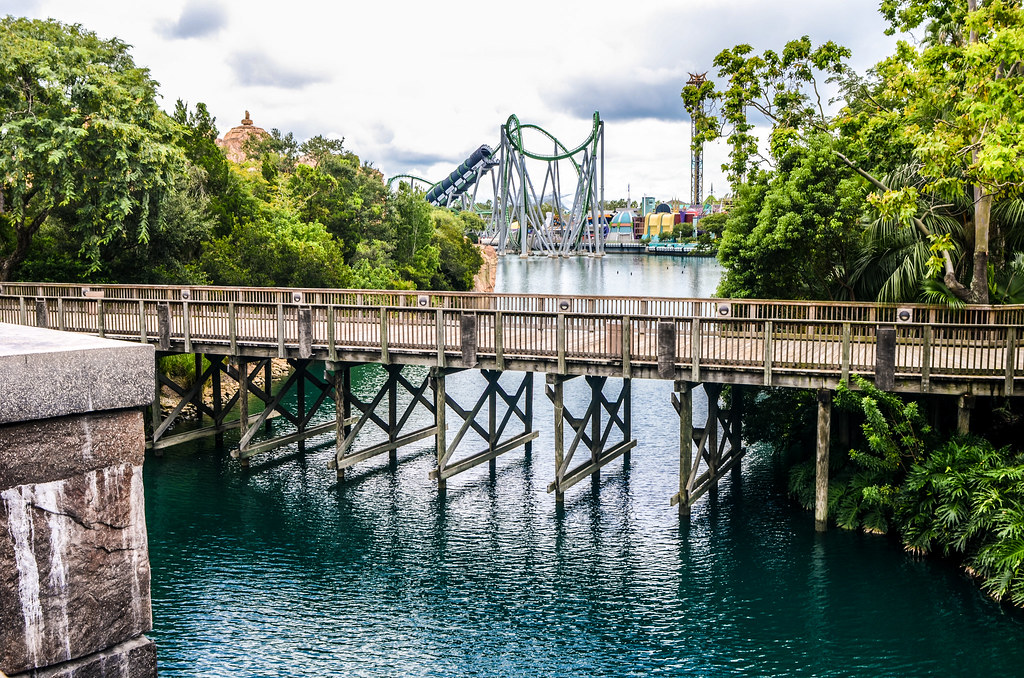 These negative impacts are a big reason why I don’t love the Universal theme parks.  While some areas escape the view of roller coasters, many of the lands are interrupted by a big steel coaster in the sight line.  For some, this isn’t a big deal but it ruins my different land’s illusion and I’m constantly aware that I’m in a theme park.  There is hardly any stories being told on those attractions, rather they are just there for fun.  While there is absolutely nothing wrong with simple, fun attractions, I do think they degrade parks of theme.

Looking toward the future, Disney is investing in their parks more than they have since the early 90’s.  With all of that investing, there are a number of roller coasters in the works.  Here’s what they are currently working on stateside that will open in the next five years:

This isn’t all Disney is working on.  Star Wars Land is a big project and will not feature a roller coaster.  A Ratatouille attraction is coming to Epcot and that is a dark ride.  There are a few other attractions, either repurposed or new, that aren’t roller coasters that will be coming to Disney Parks.  Still, 4 new roller coasters, and 3 in Disney World, in the next 5 years seems pretty odd.  Considering that Disney World, as a whole, only has 7 roller coasters at this time, adding nearly 50% of that in the next 5 years is strange for a resort that is almost 50 years old.

So, with those 2 issues out-of-the-way, what I worry about is that there can be some roller coaster overload and capacity issues.  Starting with too many coasters, I think you have to look at the parks individually.  Hollywood Studios will only have 2 roller coasters, even with the addition of Slinky Dog Dash.  No issue there.  Epcot is in the same boat as there’s a nice array of rides there.  Magic Kingdom houses 4 roller coasters already and putting Tron right by Space Mountain seems somewhat redundant.  Still, I think the park can probably get away with it because of the total amount of attractions there.  Also, Tron’s ride vehicles are different enough that the experience shouldn’t feel repetitive.  We don’t know enough about California Adventure to make a judgement there yet.  It seems we should escape from coaster overload at the moment.

That leads us to capacity.  I’ll start with the obvious – adding rides is better than not adding rides even if the capacity is low.  Both Disney Resorts are about to see an uptick in attendance though due to Star Wars Land and having attractions that hold more people would be ideal.  Unfortunately, I think we’re going to see ridiculously high wait times as these rides come on-line.  I go back to Seven Dwarfs Mine Train opening and the long wait times to this day for a good but not great attraction.  I think that’s only going to get worse over the next five years for these new roller coasters.

More than anything, I’d like to see Disney on the cutting edge of attractions.  While I completely believe that Star Wars Land will offer rides unlike anything we’ve experienced, I’m slightly worried about the other additions.  Dark rides seem to be a somewhat forgotten art in theme parks and I wish there were more of them introduced along with roller coasters.  With trackless ride systems becoming more and more popular, I’d like to see Disney adding these to many of their stateside parks in place of, or along with, coasters.

This is a bit of rambling to a question that I don’t really know the answer to.  I think Disney will be responsible in the way they create these roller coasters.  While I don’t like the shoehorning of a Guardians of the Galaxy ride in Epcot, I don’t really have a problem with the ride system.  The sight lines will most likely remain tasteful and the attractions should be fun.  I think most of these rides, outside of Slinky Dog Dash, will have decent stories along with them.  When looking at each of these upcoming coasters individually, they make sense and should work.  But as a whole, I think the trend is a little bit distressing.  I’d like a wider range of ride systems in the parks and would like something a little more cutting edge.  Time will tell whether Disney’s aggressive roller coaster adding is a bit short-sighted or turns out to be a success.

Do you think Disney is adding too many roller coasters?  Let us know in the comments!  Thank you for reading Wandering in Disney.  If you enjoy what you’re reading please subscribe to the blog and like our social media pages.  You can do both of those things on the right side of this page.  Have a great day!