Last weekend was a busy one for Disney.  On Friday, they raised their ticket prices at both Disneyland and Walt Disney World.  On Sunday at Japan’s D23 Expo they announced and updated fans on the future projects of the company.  Since none of what they announced (along with the ticket prices) is particularly interesting to me, I’m putting it into one blog post.  Also, John Wick: Chapter 2 just came on TV as I write this so if this post turns into a rage of blubbering blame that.  Let’s begin…

In case you missed the online outrage this weekend and my opening paragraph, Disney raised their ticket prices last weekend.  If you’re looking for more outrage you have come to the wrong place.  It’s not that I’m happy about Disney raising ticket prices, just rather indifferent.

This seems like a good place to start… DISNEY RAISES TICKET PRICES EVERY FEBRUARY.  I put it in capital letters so you wouldn’t forget.  If you were outraged this year, you get a free pass.  When everyone is outraged next February, tell them you saw it coming. 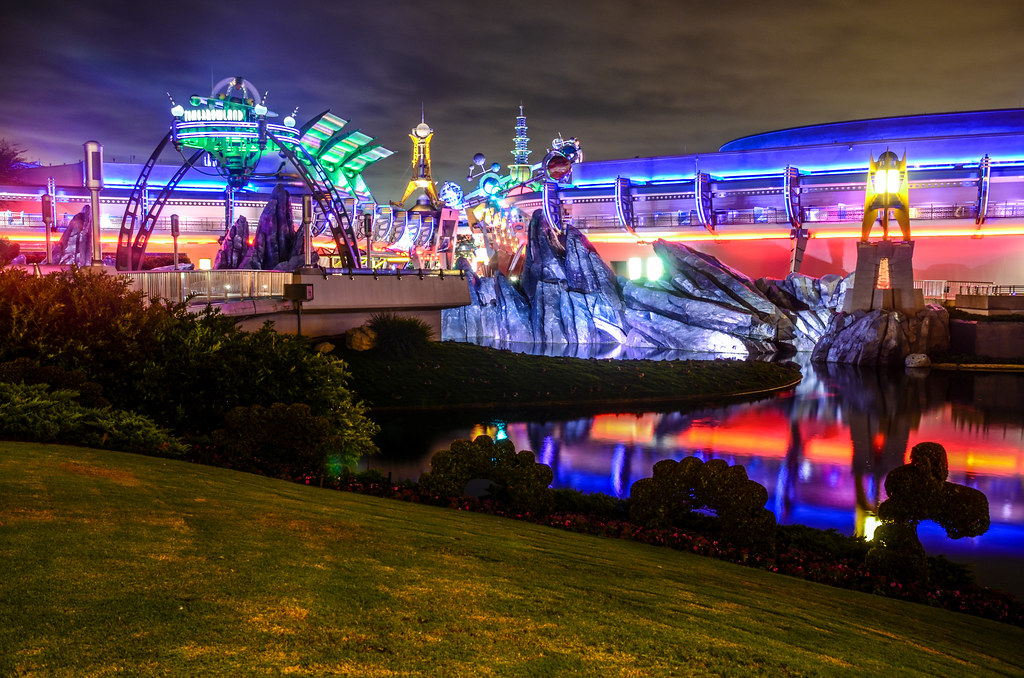 With that out-of-the-way, is it annoying that Disney annually raises their ticket prices?  Sure.  I think the increases were far more annoying five years ago when these increases weren’t being met with investment on the other side.  Prices would continue to increase for largely the same product, especially at Walt Disney World.  Now, at least, the investment is there to match the price increase.  Pandora opened, Star Wars Lands are opening on both coasts, Toy Story Land is soon to open, new shows have come, Magic Kingdom’s Tomorrowland is receiving a minor renovation, Epcot is on the verge of major changes and Marvel is on the way to California Adventure.  These are the major projects with other minor items on the way.  So, like a fan of a high budget sports team who spends money in free agency, I can at least be partially satisfied that the money I spend is somewhat going back into the parks.  I’d also like to see Cast Member wages go up at least a little as my fees go up a couple of percentage points, but that’s a battle for a different day.

I also can’t get to up in arms about these increases when Disney’s competition is roughly the same price.  Universal raises ticket prices every year too and they aren’t much, if any, cheaper than Disney.

Do tickets cost too much is a different question?  That depends on how you use them and when you go.  First of all, I absolutely recommend staying away from 1 day tickets.  They are a bad value and those ticket prices didn’t actually go up by that much.  I think most of the outrage when Disney raises prices comes from those that haven’t been in many years and see the price of a 1 day ticket.  Yes, it’s shocking but that increase was minimal. 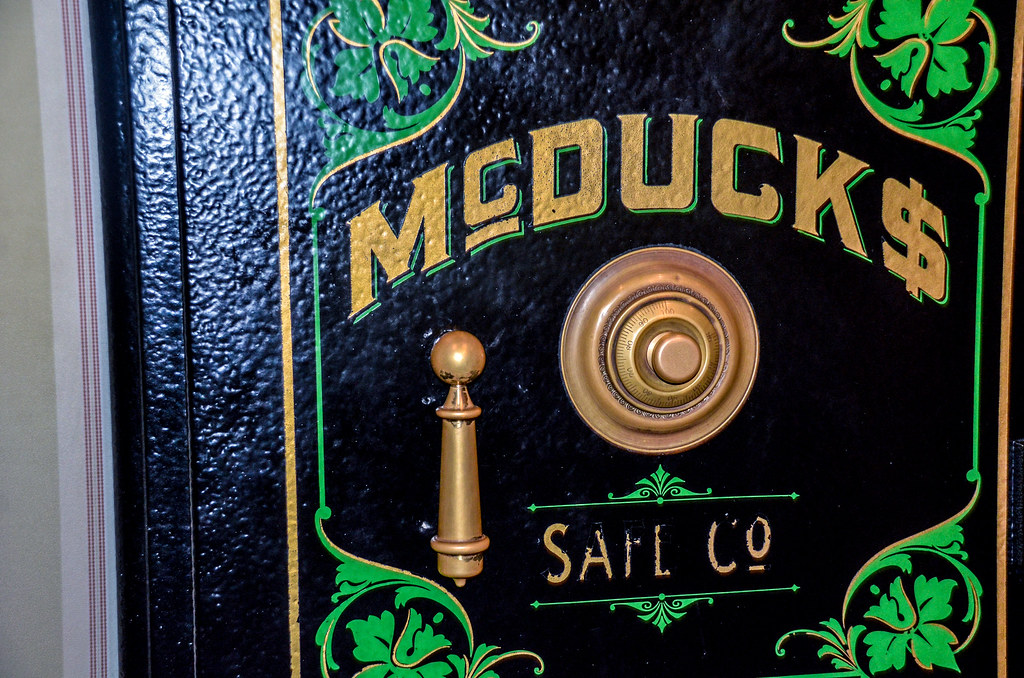 Where Disney really increased the prices were on the multi-day tickets.  The highest increase was $50 on 4-day tickets at Disney World.  There is still quite a bit of value to be had there by getting tickets for 5 days or more.  Likewise, at Disneyland guests start to see a value in tickets at 4-days.  Anytime the price for a standard ticket can be under $80 per day, I consider this to be a good value.  I know that not all guests can stay this long and that doesn’t necessarily mean that you spending too much for tickets.  Just be prepared to spend long days in the park to be able to get any value of the tickets.

That was quite a bit of babbling (again, John Wick…) but I’ll close with this thought.  People think everything costs too much now.  Movies, restaurants, sporting events – you name it and it probably costs too much.  It’s not that this is wrong-thinking, the prices of most entertainment have increased at a higher percentage than wages.  But, maybe entertainment has a different value now than it used to.  Disney isn’t about to let prices remain the same if the parks are packed to the brim every day.  Attendance keeps rising and that means prices keep rising.  This is no one’s fault, just an inevitability.  Disney, more than ever before, is a business that wants to make a profit more than it wants to make dreams come true.  That’s their prerogative and it’s ours to decide if we want to buy tickets.  The company will continue to raise prices and eventually will price some people out of going.  That’s too bad, I’d rather see them add capacity to address that situation instead of out-pricing customers.  But, as long as there is steady investment going back into the parks, I won’t complain too much about the price changes.

Speaking of investments in the parks, let’s take a look and see if there was anything of interest here.  I’m not going to cover everything, so here’s a quick recap for those that missed it.

Marvel played a big role in the park announcements, taking center stage at Disneyland Paris and Disney World.  It was announced that Rock n’ Roller Coaster at Walt Disney Studios Park would be re-themed to a Guardians of the Galaxy ride.  This is a great change and one that I wish had been done stateside instead of Guardians into Epcot.

Speaking of that project, Bob Chapek (head of Parks and Resorts) announced that the Guardians coaster coming to Epcot will use an innovative ride system and will be one of the longest indoor coaster rides in the world.  I don’t know how a coaster can be especially innovative but I’m interested to know more.  With that said, is Disney a little too roller-coaster heavy right now?  My answer is yes.  There is more Marvel coming to Hong Kong too as that park continues to bolster its surprisingly strong roster of attractions.

Some stuff was said about Star Wars Land and hotel but none of it was new or particularly interesting so click on the above if you want to see what was updated last summer.

Pixar Pier in California Adventure is set to open on June 23rd.  Here are my thoughts on the project although I will concede that the latest work on the project has me a little more optimistic.  It was also announced that an Incredible float will be taking the place of the Frozen float in the Paint the Night Parade.  This parade will be coming to California Adventure on April 13th, with the Incredibles float joining in June.

Disney also announced that Japan will be added to Adventures by Disney.  While I’m sure the price will be outrageous, this sounds incredibly appealing and something that I would really enjoy.  I’ll be curious to see what the itinerary is when details are revealed.

On top of that announcement, fans were given an update on the current plans at Tokyo Disneyland.  I’ll be able to address these plans a little more when I see the parks for the first time in April.

That’s it for now.  Let us know your thoughts on this foray of topics in the comments.

Thank you for reading Wandering in Disney.  If you enjoy our content please subscribe to the blog (via WordPress or email) and like our social media pages.  You can find all of those things on the right side of this page.  Have a great day!