Every Sunday all of our writers will be answering a question about Disney.  This weekly post will also include a recap of our posts and a preview of what’s ahead.

For one night, you have superpowers. You can teleport to any Disney Park in no time at all. You also have an unlimited budget. The catch is that you can only ride one attraction, eat at one restaurant, and see one show. Which attraction, restaurant and show would you choose? Again, they can be in different parks (or restaurants in hotels) and across the country from each other.

Andrew – Attraction: I’d choose Kilimajaro Safaris at Animal Kingdom. This is one of my favorite rides, as I love the immersive atmosphere and all of the animals. But another reason I chose it is because of how long it is. If I only get one attraction I want it to last a while!
Restaurant: Victoria & Alberts in the Grand Floridian Hotel. This one is the easiest to me. I’ve always wanted to go to this very upscale restaurant but it’s about $140 per person. They serve a 10-course meal and it’s one of the fanciest restaurants at any Disney park.
Show: This one’s the hardest to me. I think I’ll go with Fantasmic! at Disneyland. My answer on this might change daily but I love the feel of this show. Fantasmic! is great on its own but there is something special about seeing it on the river, with everyone camped out on the walkway.  Even though I didn’t grow up seeing it over and over again, it still holds a sense of nostalgia for me.

Melissa H. –  Attraction: This one is extremely difficult for me and I had it narrowed down between Kilimajaro Safaris in Animal Kingdom and Indiana Jones and the Temple of the Forbidden Eye at Disneyland. After a lot of debating I decided that if it really came down to it I would most likely choose Indiana Jones. I absolutely love this ride because I feel as if the ride experience begins long before you step foot into the ride vehicle. The queue is so well done that I actually feel like I am in the middle of a jungle. Plus, who doesn’t love being part of one of Indy’s adventures?
Restaurant: I am one of those crazy people who plans out what meals I HAVE TO have before I go to Disney, but one place that I absolutely love is the Sci-Fi Dine-In Theater at Disney’s Hollywood Studios. It has such a cool set up with all of the tables and booths looking like classic cars and has an incredibly diverse menu. Seriously, you should check it out.
Show: I would without a doubt see Fantasmic! at the Rivers of America in Disneyland. There isn’t anything quite like the experience of camping out with your family on the Rivers of America and waiting for the lights to dim and the show to start. I get chills every time! Just talking about it now makes me want to pack my bags and head down.

Leslie –  Restaurant: Jiko in Animal Kingdom Lodge would be where I would eat forever,for several reasons. I originally wanted to eat at Jiko because the idea of African cuisine sparked my interest. What I found was a charming atmosphere that was sophisticated but left plenty of room for fun. The staff is quite attentive to your needs and notices repeat visitors (of which I have been one). The food is wonderful and exceeded my expectations with a price point of $30-$60 per adult. While I did not notice children there they do offer a child’s menu.
Attraction: After riding it for the first (and second) time this year my heart belongs to Soarin’. This ride really found the child in my adult body as it provided me with a sensation that I have always wanted, the ability to fly. I could ride that attraction all day, I might even be willing to wait in the line for it all day.
Show: I shall also have to go with Fantasmic from Disneyland, but it has honestly been a few years since I have seen it in person. The memories however are still there. We always saw Fantasmic at least once on our vacations, as such it has a place in my heart and means a lot more to me than the other shows.

Kelsee –  Restaurant: Be Our Guest at the Magic Kingdom. I feel like the attention to detail in this restaurant is mind boggling.They even have the grey stuff, and I’m sure it’s delicious. We’ve eaten lunch there once, but I would love to eat there for dinner as well. The ambiance is a disney lovers dream. (Especially a massive Beauty and the Beast fan)
Show: I’d have to go with the World of Color in California Adventure. Something about the water, movie, & music combination is so relaxing to me. Don’t get me wrong, I love the traditional fireworks. However, something about ending the night with the World of Color relaxes me before we head back to hotel and get ready to start another Disney day.
Ride: Soarin’ Over California would be the one ride I’d ride all day. I’ve always dreamed of being able to fly and I’m pretty sure that’s the closest I will get. I also took many road trips to Southern California with my family growing up and the memories come rushing back every time I go up in that hang glider.

Melissa L –  Restaurant: The Napa Rose in the Grand Californian mainly because I’ve been dreaming about the swordfish dish I had there on my last trip for the past few days. Plus the setting was very elegant and the food wonderful!! My mouth is watering even thinking about it.
Show: I would choose Celebrate The Magic and Wishes in Magic Kingdom. Even though these are “technically” two…I always consider them as one since you watch the projection and then the fireworks right after. The technology that goes into it is super cool and I have some great memories standing under those fireworks!
Ride: Indiana Jones and the Temple of the Forbidden Eye in Disneyland. This ride has always been the first one I hit whenever I make a trip to Disneyland. Unfortunately, it was closed during our last trip, so it makes me want to go on it all that much more.

I think Melissa L. cheated but we’ll let it slide this time.  Do you agree with our answers?  what would you choose?  Let us know in the comments.

A recap of the week, links, and a preview of the next week after the jump.

This was a really fun first week on the blog.  We’d like to thank everyone who read our posts.  If you haven’t already, please go like our Facebook page (it’s over on the right of our website), subscribe to our blog via email (again, on the right), and tell your friends and family (who might be sitting on your right) about our blog.  We’d like to help whoever we can have a perfect Disney vacation.

In case you missed it this week, I wrote about the Japan Pavilion in Epcot and started a trip report.  Melissa Hoyt broke down how to use ‘Baby Swap’.  Leslie wrote about the Disney College Program application process.  Finally, Kelsee wrote about the Bibbidi Bobbidi Boutique.

Some of our other favorite items around the Disney blogosphere this week:

Coming up on the blog this week: 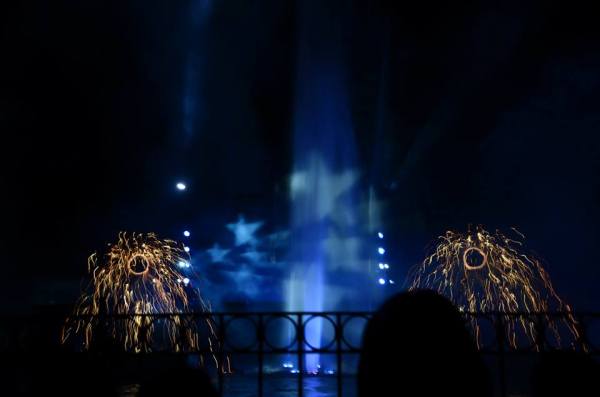 If there’s a topic you think we should cover please let us know in the comments.  Again, thank you for reading and we look forward to bringing you more posts!