Tag: Be Our Guest

If you missed part one of this trip report, click here to catch up! Split stays at Walt Disney World have become commonplace for us in recent years. This trip was our most ambitious yet in terms of hopping from resort to resort, as we’d stay at 4 […]

Typically this blog doesn’t give a take on every single piece of news that Disney releases about the parks.  There are other sites that break the news and that has never been the goal of Wandering in Disney.  Frankly, it’s hard to come up with a semi-original take […]

You Can Count On Counter-Service

Over the course of this week, my friend Darin will be doing a ‘takeover’ of Wandering in Disney. The both of us and our wives recently went to Walt Disney World and he’ll be here offering his thoughts. Darin and I do a podcast called The RoseBuds that […]

Every other week our writers get together and answer a Disney-related question, then discuss it.  Here is this week’s question and answers. Question of the Week: What is your go to counter-service restaurant that you recommend on any Disney trip? Name as may as you’d like! Andrew – I think […] 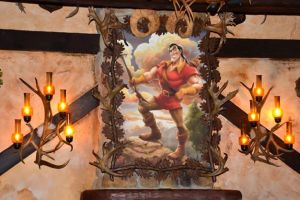 Is New Fantasyland a Success?

In 2010, Disney set out on a major expansion at Walt Disney World’s Magic Kingdom.  The expansion was (and is) called New Fantasyland.  This land has now been completed and has been functioning wholly for about eight months. In this post, I’m going to review each attraction (quickly) […]

Every Sunday all of our writers will be answering a question about Disney.  This weekly post will also include a recap of our posts and a preview of what’s ahead. This week’s question: For one night, you have superpowers. You can teleport to any Disney Park in no time […]