Last May, Melissa (my wife) and I headed south to Disneyland to celebrate our anniversary.  We were joined by some friends, while we spent 6 days in the parks.  Over the next few Saturdays, I’ll be recapping that trip and trying to add a few opinions into the posts, as well. Enjoy!

As most people know, a Disney vacation starts several months before ever stepping through the magical gates.  In this case our vacation started by asking our friends Darin and Mackenzie if they’d like to join us on the trip.  They live in Colorado and we were grateful that we got to spend this week with them.  We arrived a day before them, stayed in San Diego with some family and picked our friends up.  After a day at the beach, we headed north to Orange County where we were staying.  We have family in the area, so for the majority of the trip we stayed with them. 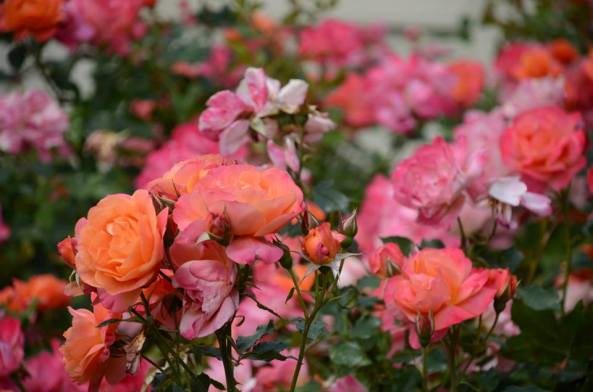 The following day was our first at Disneyland.  We picked up Darin and Mackenzie’s sister, Kelsey, on the way and headed to the parks.  I had recently visited Disney World, but it had been a couple of years since I had been to Disneyland.  As we walked towards the gates, I was struck by how cozy everything was.  Coming from how large Disney World is, Disneyland has a very intimate setting.  You could throw a baseball from the gates of Disneyland to Disney’s California Adventure.  I’m hardly breaking any news here, but I think that’s part of the charm of Disneyland.

After Kelsey had bought her ticket, we headed into Disneyland to spend the day.  We arrived mid-morning so by the time we got into the parks we didn’t have a ton of time before our lunch reservation.  Being the weekend, this was easily the busiest day we spent there.  We rode Pirates of the Caribbean, which was going under refurbishment for the rest of our stay there, and a few other attractions before our lunch reservation.

It was Darin’s birthday a few weeks before our trip so we surprised him with lunch at Big Thunder Ranch BBQ.  I had never been here before and was looking forward to trying it.  This is an ‘all-you-can-eat’ barbecue located in-between Fantasyland and Frontierland. 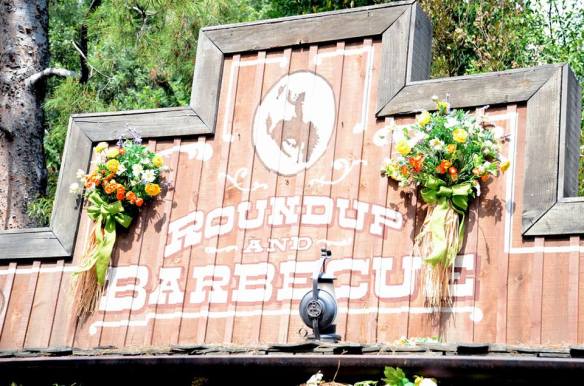 I could see how it would get overlooked with the location, but to me the location kind of made the restaurant.  There’s a back path that cuts between Fantasyland and Frontierland where this restaurant is located.  This path isn’t hidden or anything, just less crowded than the rest of the park. 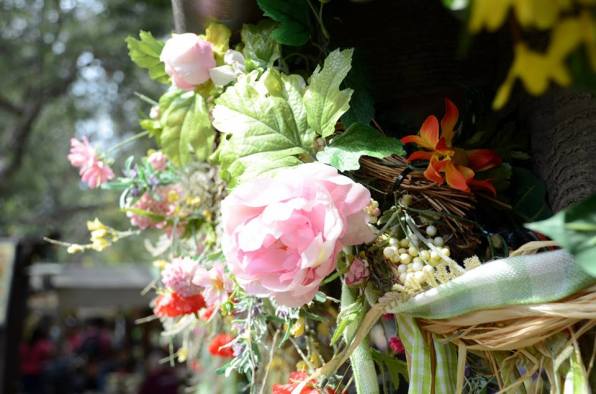 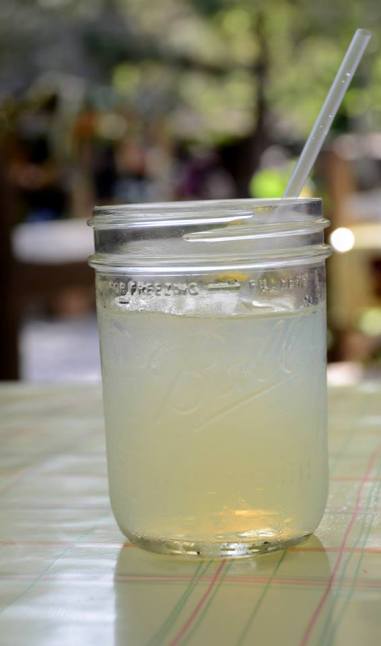 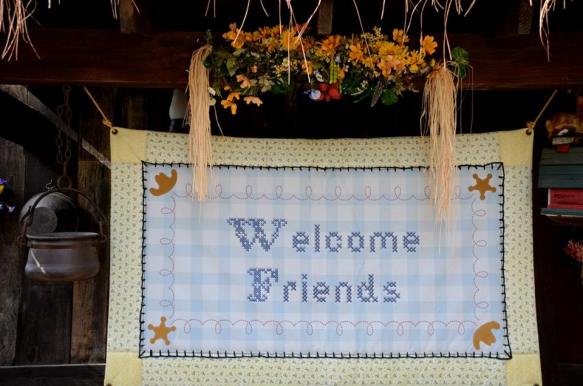 I’ll have a full review of the restaurant on the blog at some point but, for now, I’ll say that we liked it pretty well.  We especially liked the ‘all-you-can-eat’ factor.

After our lunch and a few more rides, I headed back to the car to grab a few things for the evening and Melissa took the camera to watch the parade. 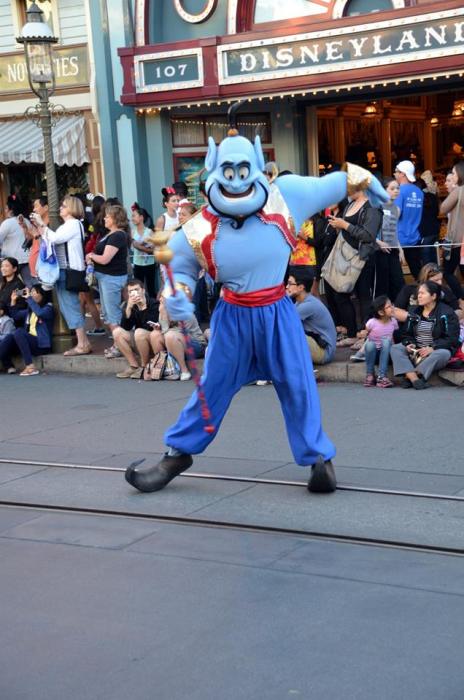 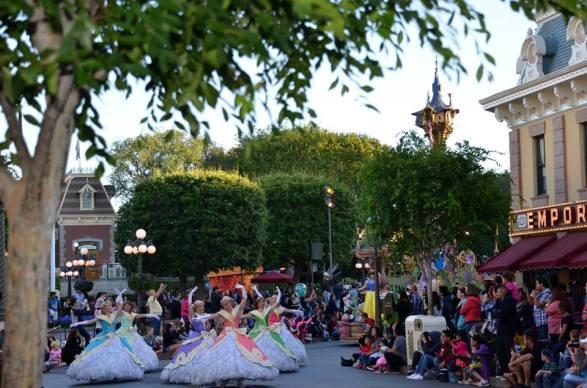 I’m not a huge parade fan in general, mainly because I don’t usually enjoy standing under the sun for a long period of time. With that being said, I enjoy Disneyland’s Soundsational Parade pretty well. After seeing the Disney World’s Festival of Fantasy parade, I think this one is replaceable though. It seems as if it will be around a while but I’m very excited for the new nighttime parade that is coming to Disneyland next year, if the Micechat rumors hold true.

After the parade, we went back to a few rides.  A lot of this day was getting the E-ticket attractions done.  That is generally how I like to do the parks; ride the E-tickets in the first day or two and then spend the rest of the vacation wandering in Disney (Hey!  That’s the name of the blog!) while adding in the attractions I want to do twice.

This was the first Disney vacation that we used our new camera.  I wasn’t very comfortable yet with taking pictures in the attractions, so I apologize for the lack of on-ride photos.

That brought us to the rest of the evening.  We double-dipped and watched Remember… Dreams Come True and Fantasmic! that night.  We didn’t have the best spot for the fireworks, as we were a little too close and were a little off to the left of the castle.  There are still a few shots I liked okay.

Remember… Dreams Come True is an absolutely phenomenal show.  There is plenty of time to debate this on the blog (it’s only our first week!) but this is close to the top of any show that Disney puts on.  The combination of fireworks plus Disney attractions is brilliant and a whole lot of fun.  If there is a new fireworks show for Disneyland in the future, like rumors have hinted at, I hope they go in a similar route as this one.  I understand that shows need to keep progressing and sometimes you have to move on from shows, but I’d be sad to see this one go.

After Fantasmic, we hurried around to try to get a few more attractions in before closing time.  We were one of the last people on the Matterhorn and then we took some pictures together and called it a night.  We had a great first day.

Part two will come soon!  Have any questions or thoughts for us?  Leave them in the comments below or email us at wanderingindisney@gmail.com.

April 30th!! Time to go home ❤️
Pooh has been gearing up for that butterfly garden for months! #epcot #epcotflowerandgardenfestival #flowerandgardenfestival #winniethepooh #pooh #poohbear #disneyparks #disney #wdw #waltdisneyworld #disneyworld #futureworld
An empty Galaxy’s Edge a while after closing is the best Galaxy’s Edge! #swge #starwarsgalaxysedge #galaxysedge #starwars #disneyland #batuu #milleniumfalcon #nikon #nikonphotography #nightphotography
What’s your favorite World Showcase Pavilion?
What’s your favorite park to be in at sunset?
Daydreaming of the first time Happily Ever After comes back to Magic Kingdom! 🎆