Magic Kingdom didn’t let Hollywood Studios and Epcot have all of the announcements yesterday.  One of the bigger reveals came when Disney announced that a Tron coaster will be coming to Tomorrowland.  To some surprise, this attraction will not be replacing Tomorrowland Speedway but will instead be on an expansion pad.

Tron: Lightcycle has been one of the smashing successes in Shanghai Disneyland’s first year and now guests will be able to experience this attraction stateside.  Disney did announce that they plan to have this done by 2021, Disney World’s 50th anniversary.

Another small bit news about Magic Kingdom is the addition of a new theater on Main Street that will hold substantial crowds.  Judging by the announcement, the aim of this theater is to house more elaborate shows like California Adventure does with Frozen Live at The Hyperion. 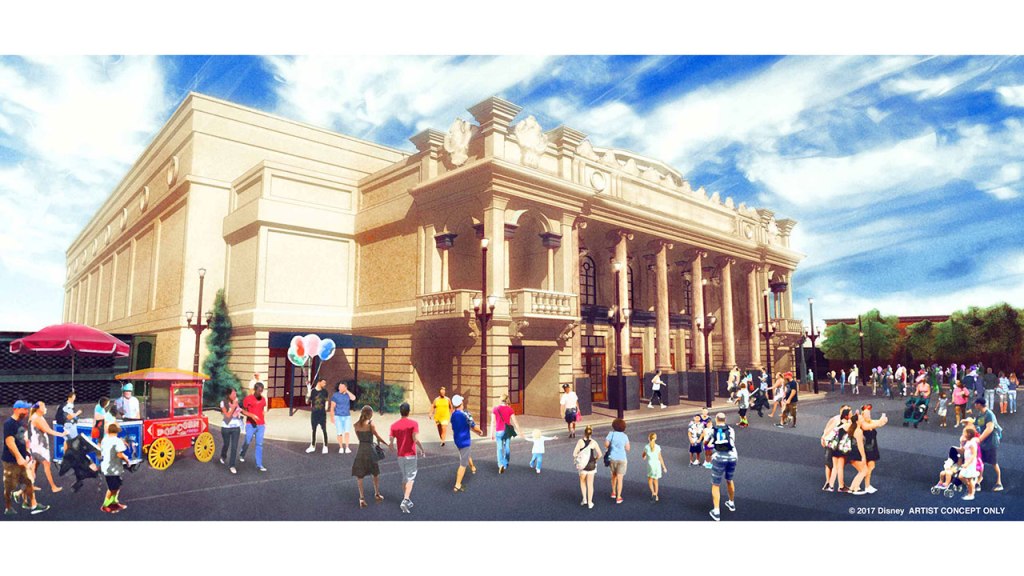 I’ll be back with more commentary on both of these additions over the course of this week.

My thoughts on these announcements:

As opposed to the Epcot and Hollywood Studios announcements, I found the Magic Kingdom additions to be overwhelmingly positive.  Mostly because they are just that, additions.  Many of the new items that were announced at D23 were replacing existing attractions.  In reality, the parks are getting busier and busier.  Extra capacity is needed and replacing attractions will make a minimal impact on this.  The new Tron attraction and theater will hold another few thousand people an hour (depending on how many shows a day and ride capacity) and that makes the big picture here a rosy one.

When zooming in on these new additions, I’m still very happy about the additions.  The Tron: Lightcycle attraction will give Tomorrowland a shot in the arm to match the pleasing aesthetic changes.  If this attraction closely matches Shanghai’s then I think the coaster could bring a newfound energy to the park, especially at night.  While I am far from a fan of Tomorrowland Speedway, I’m happy that this coaster is going on an expansion pad.  For now, Tomorrowland Speedway survives and there’s still a chance that it could be replaced in the future.  Again, capacity additions are a definite plus in Magic Kingdom.  As for the attraction, I’m very excited for a new E-ticket in Magic Kingdom.

The theater was maybe the biggest surprise of the expo and is a very nice addition.  Magic Kingdom doesn’t have anything in the way of a big venue to host large-scale shows.  That will change now and Disney has proven apt and adding Broadway-esque productions to the parks.  If this show equals Frozen Live at the Hyperion then this is a great addition.  If it’s Mickey and the Magical Map then this is a good addition.  Heck, even if it opens with a new show that bombs then they’ll replace that one in a few years and this will end up being a positive.  I also like that the theater’s outside facade is inspired by a theater near Walt’s hometown in Missouri.

While other parks were the subject of bigger news and updates, Magic Kingdom may have had the best day as far as what’s coming.  I look forward to both the new attraction and theater arriving in the next few years.

What are your thoughts on a Tron attraction and a new theater coming to Magic Kingdom?  Let us know in the comments.  Thank you for reading Wandering in Disney, if you enjoy the blog please subscribe and like our social media pages.  You can find both of those items on the right side of this page.