What Comes Next for Tomorrowland?

Disney’s iconic castle parks are made up of memorable lands – Main Street, Adventureland, Frontierland, Fantasyland, and Tomorrowland.  There are tweaks to each castle park (Liberty Square, New Orleans Square, etc.) but the 5 lands above are all part of a tried and true formula.  Most of these lands have aged well.  Main Street is still a wonderful way to enter a park.  Frontierland and Adventureland are both broad themes based on idealized eras.  Fantasyland takes us to all the areas that the mind can go and, because of that, is timeless.  That leaves Tomorrowland.

Tomorrowland has the most ambitious idea and theme of the iconic lands.  A land based around an idealized future that showcases the upcoming achievements of mankind and technology is noble but extremely hard to keep up with.  Tomorrowland has learned that in many ways.  One of Tomorrowland’s first rides in Magic Kingdom, Flight to the Moon, was conceptualized before man had been on the moon.  By the time it debuted in 1971, a trip to the moon had been done 2 years prior.  The problem with a land based on the future is that the future changes so fast, however noble and exciting the concept of the land is.  That is why Tomorrowland has been a little harder to pin down in its theme and direction over the years.

Eventually, in the 90’s and early 2000’s, Disney decided Tomorrowland would take on a retro look at the future, at least in the Disney Parks stateside.  This involved a change in color scheme and a new slate of rides.  Many of these changes were brought upon by the newly opened Disneyland Paris.  That park decided to go a slightly different way with their Tomorrowland, naming it Discoveryland.  While many of the motifs remained the same, the main theme took notes from Jules Verne’s vision of tomorrow.

This new turn for Tomorrowland was a definite shift from what was first envisioned.  In a way, it was admitting defeat in not being up to keep up with the upcoming future.  But more realistically, this change to a retro Tomorrowland was inevitable especially considering the technology boom of the last few generations. 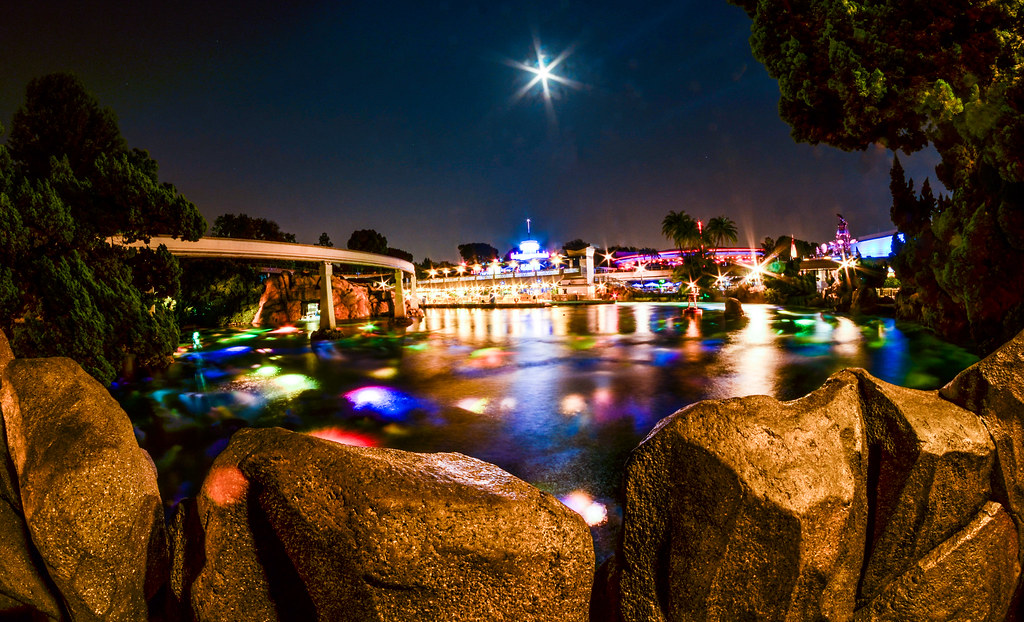 Unfortunately, the turn in theme has led to a little bit of laziness in keeping the area fresh and the attraction lineup interesting.  Instead of an interesting theme, the retro look into the future has become a bit of a crutch and an easy excuse to throw any themed attraction in the area.  Star Tours?  It happened a long time ago in a galaxy far away but at least it’s in space!  Stitch is an alien so he can fit in there.  Cars were in the future, once upon a time so they can fit into the area.  The Pixar Theory has Monsters Inc. in the future so I guess it can go in Tomorrowland.  I can go on, but you get the point.  The lack of cohesion in attractions plus the outdated look have made Tomorrowland very confused, especially compared to the other classic lands in the castle parks.

Now, it’s not all bad.  Magic Kingdom’s Tomorrowland has recently been receiving a slightly different color scheme and a slow refresh of the area.  While this doesn’t help the confused attraction layout or lack of cohesive theme, it certainly helps the aesthetic which had become one of my biggest problems with Tomorrowland.  This simply wasn’t an area that I would want to linger in.  These small changes have improved that already and I expect them to continue.

Disneyland has made improvements with their colors too, giving Autopia a fresh paint job recently.  Still, these are short-term fixes for an area that may need wholesale changes.  Right now, there are more questions than answers for the area.  Below are a few more specific questions I have about the area along with my commentary on each.

What will happen with the Star Wars attractions once Star Wars Land opens?

Star Tours is a more tricky situation.  The ride is (close to) a classic for Disney fans and takes up a large portion of land in Tomorrowland.  Currently there doesn’t seem to be an obvious replacement in tow, although the ride system (a simulator) wouldn’t be very hard to retheme to a different attraction.  I, for one, hope that Star Tours doesn’t stick around once Star Wars Land opens.  Keeping a Star Wars attraction in Tomorrowland while an entire area is devoted to the franchise across the park doesn’t make sense.  Time will tell what happens with Star Tours.

What cohesive theme could be used to connect the attractions?

Right now, the attractions in Disneyland lean towards a space theme with Autopia and submarines slapped into the area.  Magic Kingdom is a mix of space, cars, and (believe it or not!) celebrating the past while looking into tomorrow.  Obviously, the connection between all of this is space.  Like Disneyland Paris, discovery could be an easy way to encompass all of these ideas.  While I don’t expect them to ever rename Tomorrowland, you don’t have to rename an area to shift the focus.  There is one glaring omission to the idea of discovery and that is…

What to do about Autopia/Tomorrowland Speedway?

While I know these attractions hold a special place in some people’s hearts I think it is time to move away from the cars.  These rides take up a huge footprint in Tomorrowland and replacing them could lead to a brand new E-ticket.  The somewhat obvious replacement in this area would be the Tron Coaster that debuted in Shanghai Disneyland last year.  This would fit in with the space theme and also a nod to the cars it replaced, as guests would be on light cycles (bikes).  Maybe that’s not the replacement, but I think the area is ready to be repurposed and I hope that whatever came would fit into a theme of discovery. 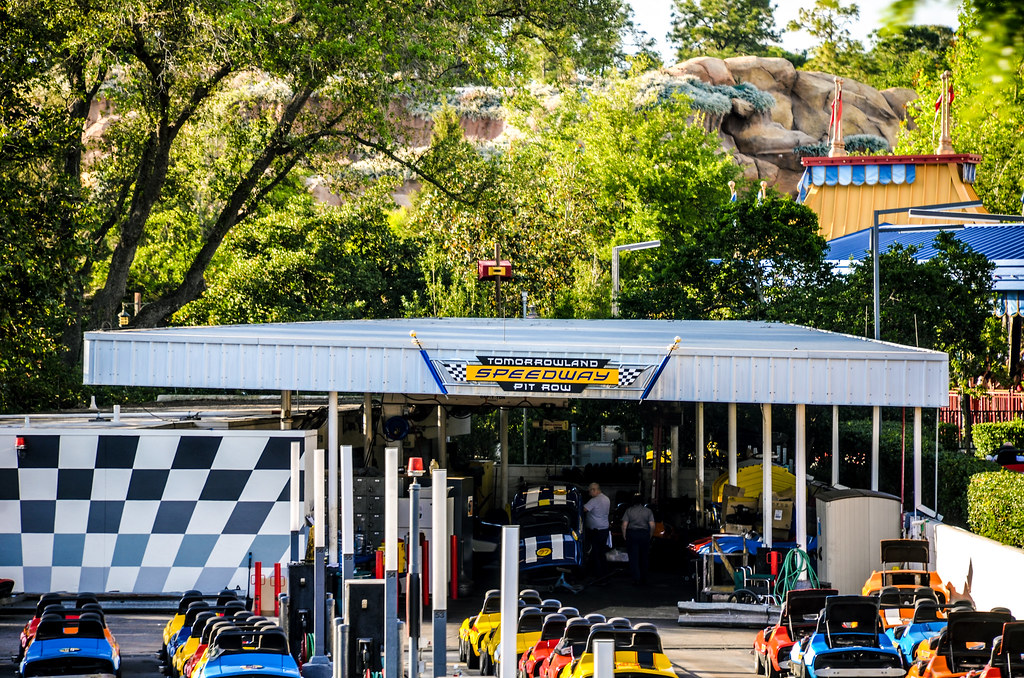 Can Tomorrowland be fixed permanently?

What this all comes down to is… Can Disney find a way to make Tomorrowland work thematically and last?  Not to be a pessimist, but with the current iteration of the company I’m not sure this is possible.  The lack of investment in the park over the last 20 years is concerning and if there’s one area that can’t withstand that it’s Tomorrowland.  The area could succeed if there was continued investment.  Sitting idly by while the area starts to look worse and worse would have to become a thing of the past.  To be fair, that would take a large investment and Disney is a company that has to make sound business decisions.

The best thing Disney can do with this area is be responsible with what goes in.  As I wrote earlier, I do like the new aesthetic in Magic Kingdom.  Keep working that way.  Be smart about what attractions you put in the area.  A goofy Stitch ride doesn’t belong in the area just because he’s an alien.  The same goes for the Wreck-It Ralph, the rumored replacement of that ride.  Monsters Inc. has nothing to do about the future, nor does the premise of the Laugh Floor.  In California, Tomorrowland has aged so well that they decided to just turn the area into a mini Star Wars Land until the real thing opens.

The idea behind Tomorrowland is a beautiful one.  All theme park areas are idealized versions of what they are themed after.  Idealizing tomorrow and dreaming of an optimistic future is what the land was based on.  Unfortunately, only vestiges of that idea remain.  The time has come to turn in the retro neon lights for something that better illuminates a beautiful tomorrow.

What are your thoughts on Tomorrowland and what changes would you like to see happen there?  Let us know in the comments below!  Thank you for reading Wandering in Disney, if you enjoy the blog please subscribe and like our social media pages.  You can find both of those items on the right side of this page.