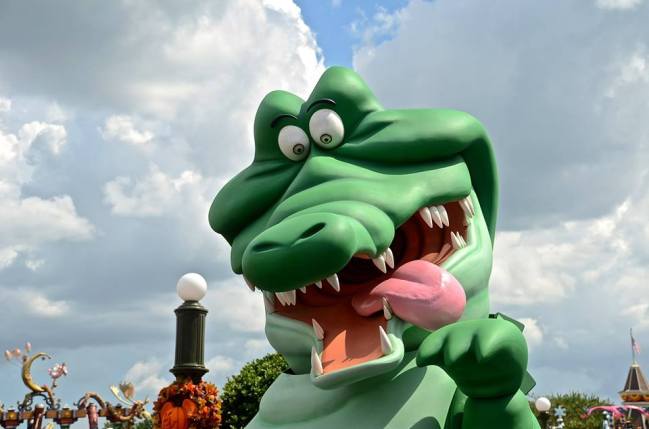 2015 is quickly coming to a close and with it, a pretty successful year for the U.S. Disney Theme Parks also comes to an end.  The 60th Anniversary was a huge success at Disneyland Resort while Walt Disney World kept humming along with massive upgrades to Disney Springs and noticeable progress at Animal Kingdom.  There was quite a bit that went right for the Disney Parks in 2015 (yes, there was plenty that went wrong too).  But, like those of us that want to drop a few pounds, read a few more books, or spend more time with family, Disney isn’t without places where they can improve.

For this resolution I could have just said “add more” but that didn’t seem specific enough.  Hollywood Studios does just need to find a way to add more to the park currently though.  In 2016, almost half the park will be under construction and there won’t be many attractions open.  Whatever can be done to help spread people out needs to be done.

Getting more specific, I hope 2016 finds Hollywood Studios having a year that was similar to Animal Kingdom’s 2015.  That park added several quality counter-service restaurants as well as new areas and shops to explore.  This was all done in preparation of new nighttime attractions opening in 2016 and Pandora  in 2017.  With DHS set to be reconfigured, it stands to reason that this year finds Hollywood Studios making little, quality additions to the park.  Let’s hope so!  Oh, and please add that Muppets restaurant…

Animal Kingdom has almost completed its overhaul and will debut Rivers of Light plus a nighttime version of Kilimanjaro Safaris this year.  The goal will be to rid Animal Kingdom of its ‘half-day park’ stereotype.  These new additions need to be successful in order to complete that goal.  I’m encouraged by the news that has been released about both.  That’s not all the park has to do though.  The new restaurants have to be successes, as well.  Some of the paths that make this park so different need to be utilized in some way at night.  This will all keep the large crowds spread out.  Last of all, the ambiance of the area has to be special and I don’t think this will be a problem as the few times I’ve seen Animal Kingdom at twilight were beautiful.

Epcot – Announce something big for the Imagination Pavilion

Okay, I know these are supposed to be realistic but this is the biggest one on my list, I promise.  I think Epcot desperately needs a shot in the arm.  I’m guessing Frozen Ever After probably won’t be that.  The Imagination Pavilion used to be cherished by Disney fans and now just draws disdain.  2015 saw the end of Captain E.O.’s nostalgia-fueled, overdone run.  That’s a step in the right direction.  It will be temporarily replaced by them showing Pixar shorts in that theater.  I’m hoping that will be very temporary and we’ll find out about something long-term there soon.

It doesn’t need to stop there though.  I’d like for the whole Pavilion to be redone, including Journey Into the Imagination With Figment.  I’d be completely fine with them just going back to the original Journey Into the Imagination attraction.  If not, I’d also be fine with a well-chosen IP to help the Pavilion come to life.  Inside Out and the Muppets come to mind as interesting choices.  Mainly what I’m saying is that I’d like for the Pavilion to be redone and done well.  While that all wouldn’t be completed this year, announcing that isn’t out of the realm of possibility.  Good news about Epcot is needed, I hope 2016 is they year we get some!

It’s not much of a debate that Magic Kingdom is the best theme park in Walt Disney World.  There are a number of great attractions and the recent changes to the hub look good and add space (even if they did unfortunately take out some trees).  For years though, the dining options at Magic Kingdom were lacking.  That problem has been remedied lately though with Be Our Guest Restaurant and The Skippers Canteen (which I can’t wait to try).  Still, the park could use even more due to its size and crowds.  Whether it’s a counter-service or table-service restaurant, I don’t care much.  I’d just like to see the dining options at Magic Kingdom keep growing.

What are your New Year’s Resolutions for Walt Disney World?  Leave them in the comments.  And be sure to check back in tomorrow to find out my resolutions for Disneyland.