Why You Should Visit Tom Sawyer Island

Tom Sawyer Island, in both Disneyland and Magic Kingdom, are often overlooked areas of two of the most popular theme parks in the world.  Tom Sawyer Island can become ‘that no-attractions area that you have to take a raft to’.  It’s old-fashioned and doesn’t have any great thrill or advanced technology to it.  It makes sense that the area isn’t a big draw to many guests. 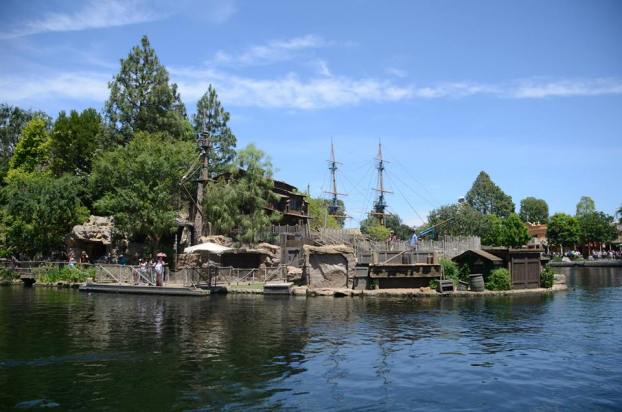 With that being said, Tom Sawyer Island is under appreciated.  In this post, I’ll detail five reasons why I think this historic area deserves your attention.  Away we go! 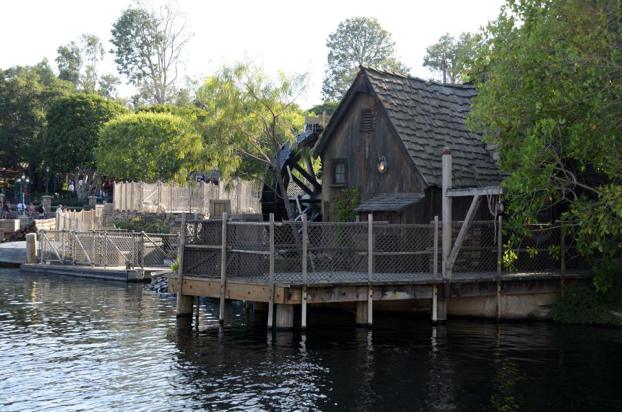 Like any great attraction at Disney Parks, Tom Sawyer Island tells a story as you walk around.  With Disneyland’s version being rethemed to the ‘Pirate’s Lair on Tom Sawyer Island’, the theme is somewhat different from Walt Disney World’s version.  The Pirate’s Lair includes many references to the Pirates of the Caribbean movies while also sharing the characters from Twain’s great The Adventures of Tom Sawyer.  For the record, I don’t like the Pirates overlay too much as I wish it would go back to just Tom Sawyer’s Island.  Still, there are plenty of references to both and the area sticks to a story. 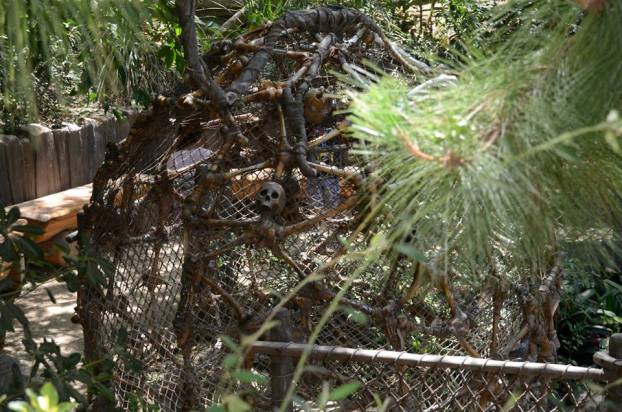 Over in Walt Disney World, the Pirates overlay doesn’t exist and the area just tells the stories of Tom Sawyer.  The islands share a name and theme but they are quite different from each other.  There are different areas to explore and see in both parks.  If you let your imagination wander, it’s almost like your on one of the many adventures Tom took.

Tom Sawyer Island is a break from the crowds.

Avoiding crowds while at Disneyland or Magic Kingdom is impossible.  There are big crowds and then slightly less big crowds.  Tom Sawyer Island offers one of the best ‘slightly less big crowd’ options.  People who aren’t going to spend a lot of the time at the parks don’t want to go to a place without attractions.  The numerous paths in the island also help spread people out so that guests aren’t running into each other very often.  If you want a break from all the people, Tom Sawyer Island is a perfect place to wander around without bumping into someone every couple of seconds. 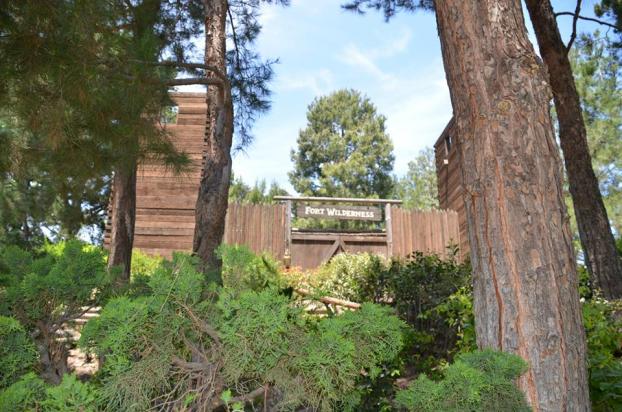 There is so much to explore.

As I said in the paragraph above, there are so many paths to explore.  The islands at both parks have 5 different areas (if not more, depending on which website you look at) that are full of paths to walk, caves to explore, and forts to see.  I love walking through the Fort Wilderness spot in Pirate’s Lair on Tom Sawyer Island in Disneyland.  I also love walking by the water wheel at Harper’s Mill.  My wife loves going across the bridges that sway back and forth or bounce up and down.  I just run across those so I don’t get scared.  If you have little ones, they may like exploring the caves, searching for treasure.  If a peaceful venture is the goal soak in the details and the steady streams that flow throughout the islands. 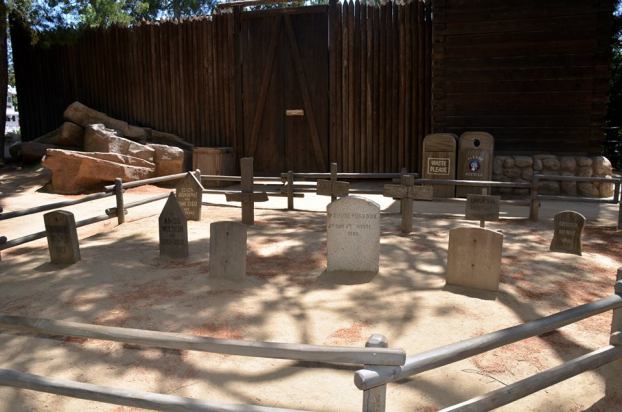 There are great, unique views showing the rest of the park. 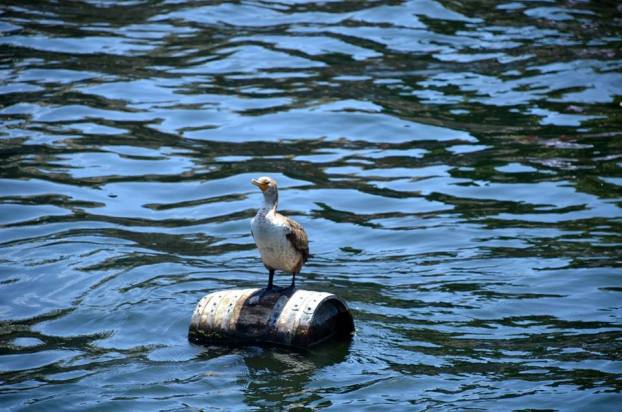 When walking along the outside of the island, guests can stare out across the water and into different parts of the theme park.  Those views are only offered from Tom Sawyer’s Island.  Whether it’s staring at New Orleans Square from across the Rivers of America or watching a bird rest on some wood in the middle of the water, this area is not short of things to look at.  I also find it the most peaceful when right on the water. 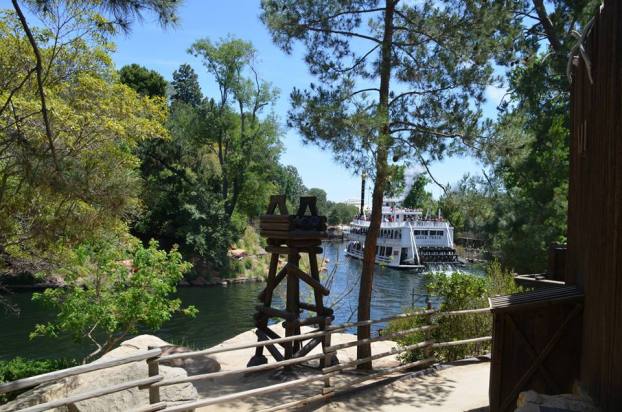 Seriously, that water wheel is so cool.

One reason theme parks are such a draw is that they offer guests a chance to experience something they can’t anywhere else.  This doesn’t always have to be done with state of the art attractions, it can also be done in an old-fashioned way.  I don’t know how many water wheels I’ve seen in my life but I bet I could count them all on one hand.  While it might not appeal to some, I could stare at relics like this for quite some time.  This one is especially cool as your steps away from where Fantasmic! is performed.  Harper’s Mill is a fantastic area, made especially amazing by the unique water wheel. 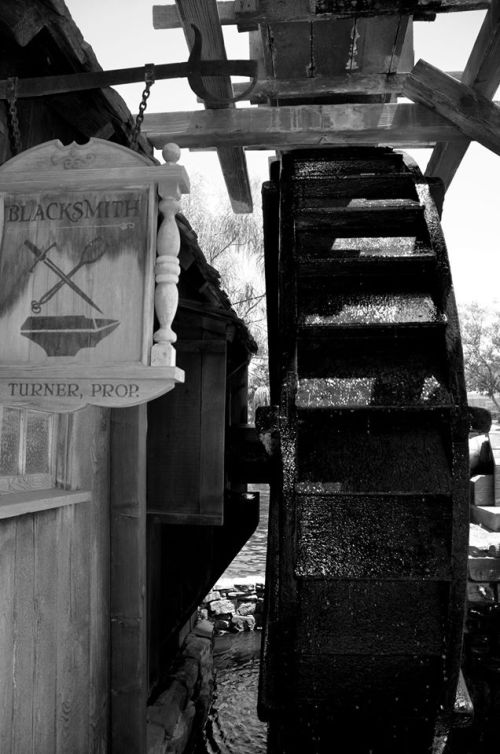 While Tom Sawyer Island won’t be winning any award for its thrills, I find it a perfect place to spend an hour or two exploring.  There are many details to see and trails to explore.  While it might not be at the top of many to-do list when going to a Disney Park, I do think guests really miss out if they skip going to Tom Sawyer Island.  Pirate themed or not. 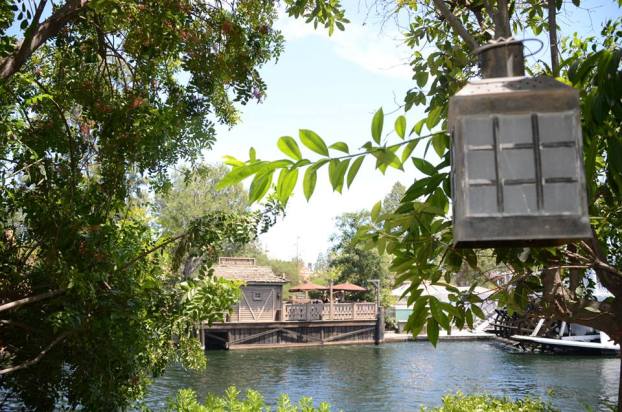