Favorite Places to Rest in the Walt Disney World Parks

Going to a Disney Park can be an exhausting experience.  The crowds, heat and walking can combine to wipe anybody out in the mid-afternoon.  We could all use a break every now and then while at the World.  Obviously, your resorts pool is probably the top location but not everyone wants to take a break from the parks in the mid-afternoon.  Luckily, there are plenty of places to sit, cool down and take a load off within the parks.

Today, I’m going to share a favorite location in each Disney World park to relax.  There are plenty of places in each park, although some parks have more than others, that combine a great setting with a place to get off of your feet.  That’s the criteria I’m using to find my favorite spots.  I also don’t want the locations to be somewhere that you have to pay to enter, so that leaves out lounges and table-service restaurants.  If you disagree with my spots, leave your favorites in the comments.

New Fantasyland is setting for where our first location resides.  While Be Our Guest receives all the acclaim, and rightfully so, in this area there is a little tavern right next to it that I’m pretty fond of.  The whole Beauty and the Beast area of New Fantasyland is really well done but I think it’s Gaston’s Tavern that completes it.  Inside of the tavern is a food ordering station and some seating off to the right.  There aren’t many tables but this doesn’t seem to be an area that many people sit down and relax in so I’ve never seen it full.  The room is adorned antlers.  The inside of Gaston’s feels like a little, log cabin that we’ve happened upon in the woods.  Beauty and the Beast tracks play quietly in different arrangements above guests.

The food offered here is limited but pretty tasty and iconic.  The most well-known of these are the cinnamon rolls, turkey legs, and Lefou’s Brew.  As I said, Gaston’s never seems all that crowded and it’s a very fun place to look around and soak up the atmosphere.  The Tavern puts guests right in the scene in which Gaston sings his favorite song.  Even if you aren’t looking for a place to relax, I highly recommend stopping in and seeing this place.

Instead of honorable mentions here, we’ll go with a tie.  Both of these places have their pros and cons.  Katsura Grill is a beautiful location when you eat outside.  There is plenty of shade and guests are able to sit right along the relaxing gardens and flowing water that make Japan one of the most beautiful pavilions in Epcot.  Sitting or eating here will relax you and it’s easy to have nice conversation with whoever you happen to be with.  The downside of this place is that you are outside.  As I mentioned, there is quite a bit of shade but shade doesn’t help much when it’s over 100 degrees outside.

If air-conditioning is your biggest goal then I suggest that you head over a few pavilions to the American Adventure.  This is a wonderful, long show that showcases the history of America.  It receives bonus points for being long (about 30 minutes) and possibly the best attraction in World Showcase.  The con here is that if you were looking forward to relaxing and visiting with your friends or family, this place doesn’t offer that.  Unless you want to receive glares from other guests around you, that is.

If it were up to me I’d pick the gardens of Japan in this spot but I think both offer chances to relax and unwind.

This attraction first allows guests to walk through what is almost like a museum.  Museums are air-conditioned!  There are interesting pieces of history dating back to Walt Disney and models of theme parks and attractions inside.  The walk-through portion of this attraction is my favorite part, although it’s not super relaxing due to the fact that you’re walking.

After walking through, there is a short film about Walt Disney.  The film is informative, entertaining and will probably have you learning something along the way.  This is a really nice attraction that allows you to cool off and get immersed in some Walt Disney history. 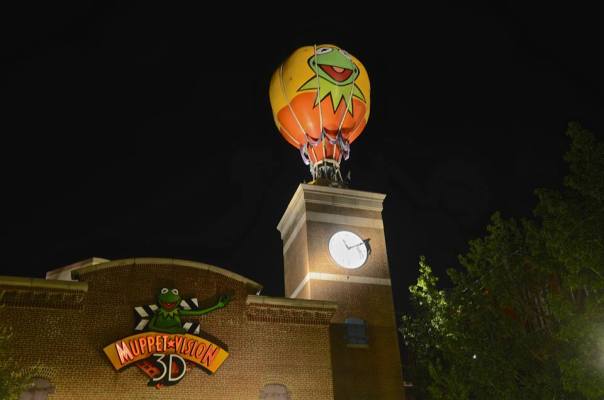 Animal Kingdom provides some challenges in picking a spot to relax because there are limited indoor activities and restaurants.  The one’s that are indoors are shows that are nice to cool off in but aren’t as relaxing as simply just taking a break.  That’s how I settled on Flame Tree Barbecue.  Aside from having some of the best barbecue on property, Flame Tree boasts some of the best views around.  As you get your food, head down the stairs toward the water and keep going until the path ends.  There are seating areas all along the path.  Unfortunately, these areas aren’t air-conditioned but they are under shade.  This area is right down by the water which always makes it feel a little cooler (in temperature and atmosphere) than other places.  Seeing Expedition Everest tower in the distance while eating barbecue by the water makes everything slow down for me. 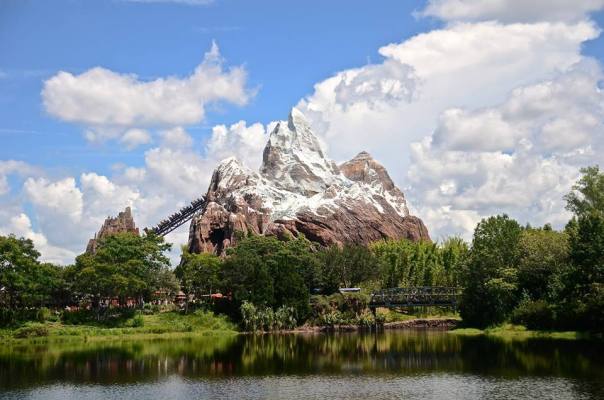 I hope I’ve given you a few good ideas on places to relax while at Disney World.  Again, let me know some of your favorite spots in the comments!

Thank you for reading!