I find that FastPasses are the biggest source of frustration to first-time or infrequent park goers. Many people don’t know what FastPasses are, how to use them, or what to use them on. With this in mind, I’m going to write a guide to each U.S. park on […] 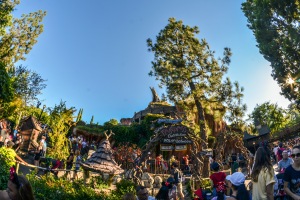 Last night I did something… pretty dumb. I had the night off and wanted to do something different than just the normal park day. I had heard of people riding Splash Mountain countless times at night because of the almost nonexistent lines when the temperature decreases below 65 […]

It’s been over a year since our award winning (don’t research this claim) blog post, Disney’s Dumbest Names. Despite the awards, praise, and excitement that post generated (again, don’t research) we’ve held off on the sequel… Until now! It’s easy to pick on the worst names like that […]

My Favorite Queues In Disney Parks (So Far…)

People associate many things with Disney Parks – Fireworks, Mickey Mouse, castles, Dole Whip, and happiness are words and phrases that come to mind.  Waiting in line is another phrase that’s unfortunately associated with Disney.  Now, I’m not here to convince you that waiting in line isn’t bad. […]

Every few weeks our writers get together and answer a Disney-related question.  Here is this week’s edition: QUESTION OF THE WEEK: What is one Classic Disney attraction that everyone seems to love but you don’t care as much about? Matthew – The easy answer here is two “kid” rides, […] 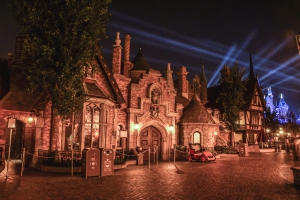 While Disney Parks are magical at any time of the day, night-time there takes on a more whimsical feeling.  While many attractions have a similar feel in both day and nighttime, namely the indoor rides, some rides are different and more enjoyable at night.  Around the time this […]

We’ve finally reached the end of our attraction rankings series.  I’m not sure that I’ve ever actually finished a series on this blog so it’s truly a groundbreaking day.  Another series that I’m pretty excited about is right around the corner but first we have to make our […]

Every few weeks our writers get together and answer a Disney-related question.  Here is this week’s question and answers! Question of the Week: If you could put a restaurant into any attraction (like Disneyland’s Pirates of the Caribbean, for example) what attraction would you pick and where in […]