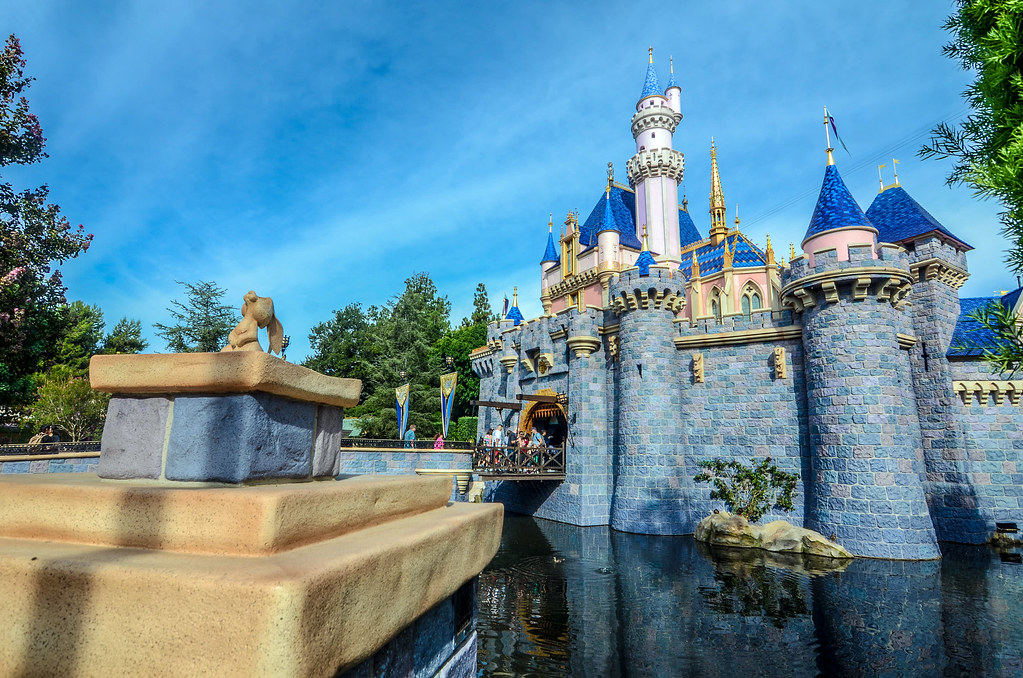 We’ve made it! This post completes our FastPass Guides to each U.S. Disney Theme Park.  A few weeks ago, I wrote about California Adventure and described how the FastPass systems are different between Disneyland and Walt Disney World. If you missed that and aren’t sure how the systems differ, please check out that post so I don’t need to add a needless 500 words here.

How is FastPass in Disneyland different from Disney California Adventure?

The simple answer to this is that the system isn’t any different. The machines are exactly the same between the parks and you get a paper FastPass in both parks. I have read that you can get FastPass at Disneyland and then head straight to DCA and get a FastPass there. The ‘must wait until time’ on a DL FastPass doesn’t matter when you’re in California Adventure and vice versa. I’ve never tested this, and will plan to the next time I’m in the park. If for some reason you know that I’m wrong, please leave a comment. 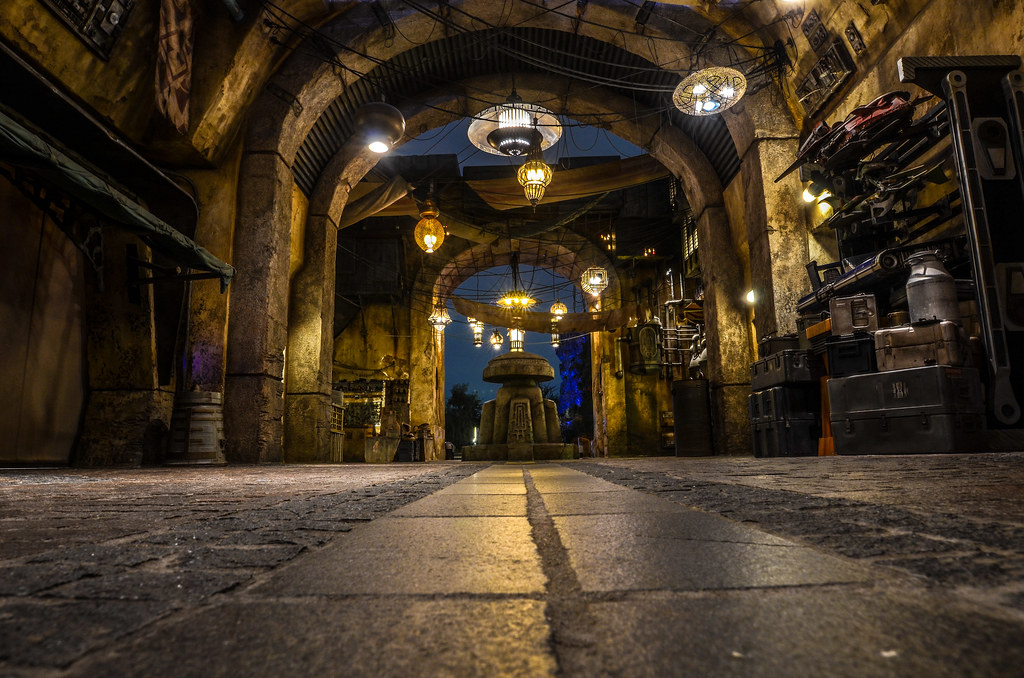 What is different is that Disneyland might be the hardest park to come up with a strategy for. There are simply so many quality attractions that it’s hard to figure out where to use your FastPasses. In the last couple of months (Feb. 2020 update) Disney has confirmed that a few attractions will be added to the FastPass list – Millennium Falcon: Smuggler’s Run and Autopia. While I don’t think this affects the FastPass strategy much, I hope this isn’t the start of adding FastPass to more attractions at Disneyland. I wouldn’t think that will be the case as the park simply doesn’t have the infrastructure to offer the system at the old Fantasyland rides. They have tried FastPass at Pirates before and it bogged the whole queue down. There are some attractions where FastPass simply doesn’t make sense.

But you didn’t come here for my thoughts on that! You came here for strategy and answers. I may not have all of the answers but I’ll give it my best shot!

Having said that, we don’t recommend the service as it’s just one more additional cost to add to your trip. With prices being at least $20 a day per person, that adds up and takes a chunk out of the food or souvenir budget. If time is limited, MaxPass might be for you but if you’re at Disneyland Resort for 3+ days then I wouldn’t recommend it. 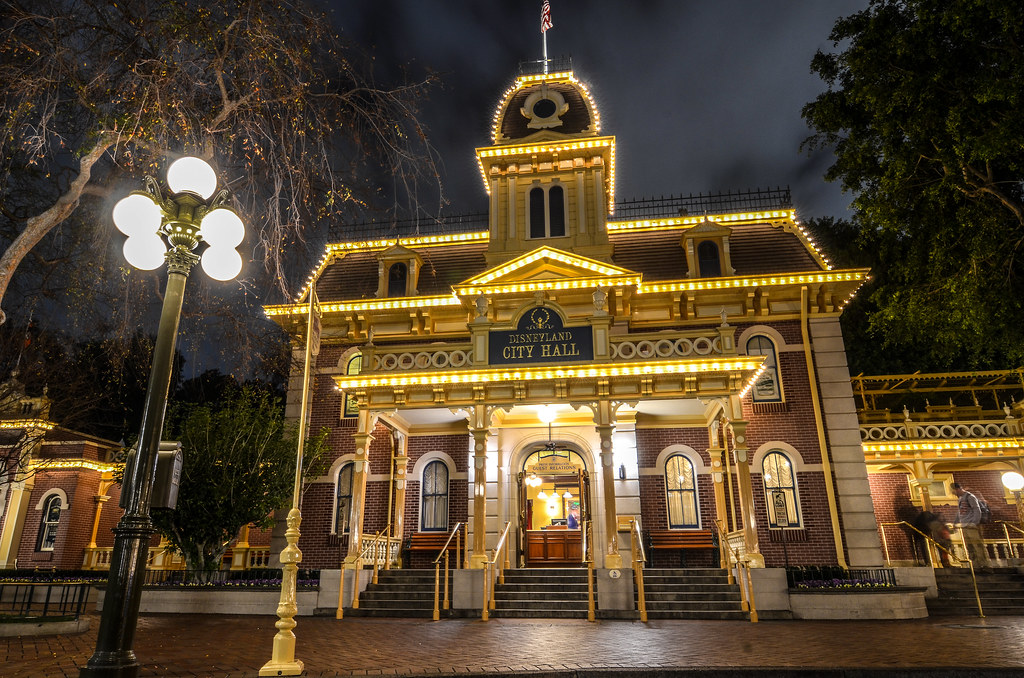 Does Rise of the Resistance offer FastPass?

As of February 2020, the answer is no. We expect that answer to remain the same through this summer and possibly longer. Instead the attraction implements a virtual queue system that we cover in this post. Be in the park at opening with your app in hand (read the post to be prepared) because you do not want to miss out on that attraction.

FastPass Strategy and Rankings for Disneyland

Here are the attractions that feature FastPass for Disneyland:

Before I get to each attraction that is listed above, Fantasmic! also uses a FastPass system just like World of Color in California Adventure. If it is open, get a FastPass for it sometime in the mid-morning. This will not take away from attraction FastPasses you can get.

Moving on, Haunted Mansion is similar to Pirates in that the queue should move quickly unless it’s a busy time or Haunted Mansion has it’s overlay, Haunted Mansion Holiday, up. The line may look long but it does move fast and the queue is pretty interesting. If the line is extremely long then, sure, grab a FastPass. There are plenty of attractions that should take priority over this though. 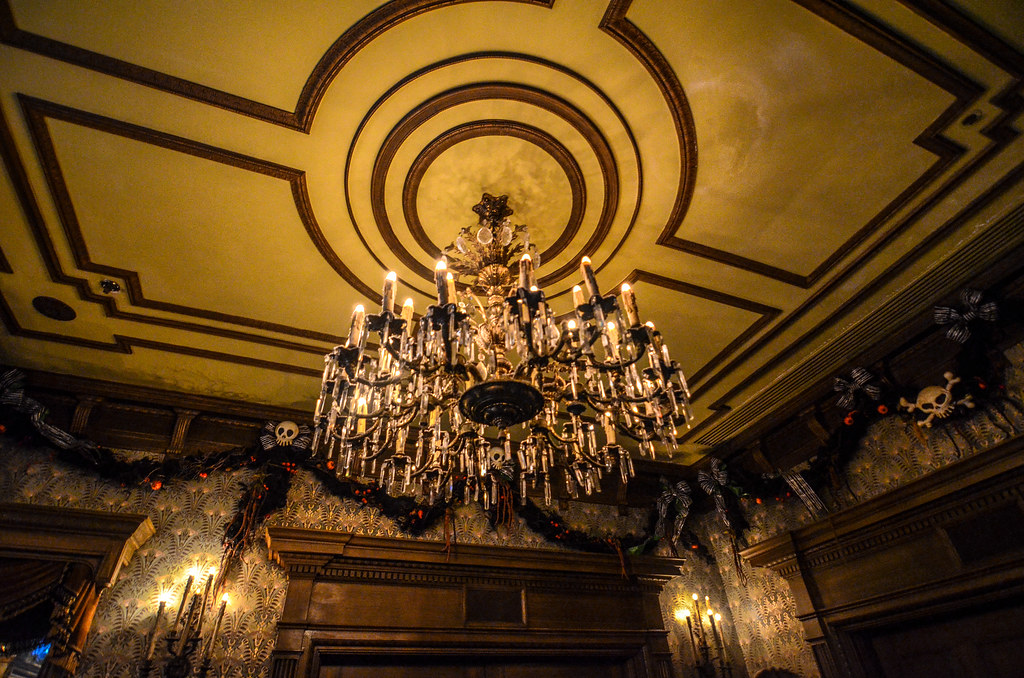 Autopia and Buzz Lightyear Space Ranger Spin are the least popular attractions on this list. Conventional wisdom is that you should skip getting a FastPass here. But, I’m not much for conventional wisdom or wisdom, in general. The FastPass times for these attractions are never far from the current time. Meaning that if it’s 1 P.M. and you’re getting a FastPass for one of these attractions, the return window will begin close to 1 P.M. Assuming it is (and it will be during most times of the year) then you might as well get a FastPass if the wait time on the line is more than 10 minutes. You can use your FastPass almost immediately and then will have another one by the time you’re done riding. The time it saves could be minuscule but it’s a little less time you’ll have to spend in a line and a little more time that you could spend exploring Disneyland. With all that being said, definitely don’t use a FastPass on these attractions before basically anything else on this list.

In that same vein, “it’s a small world” now offers FastPass and probably isn’t the best use of a FastPass. Standing in that hot line during the day isn’t enjoyable but just save this attraction for nighttime and skip the FastPassing here. 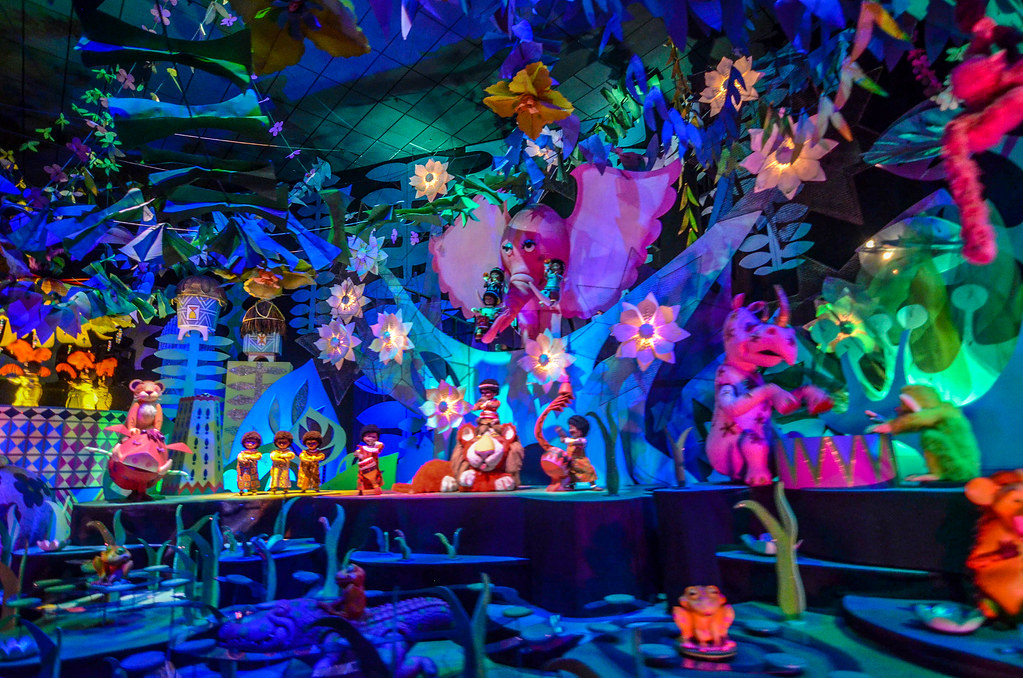 Roger Rabbit Car Toon Spin is a wild card on this list. At times the attraction has short waits, other times they are some of the longest in the park. While the queue fits the zaniness of the attraction, it is also cramped and not my favorite to walk through. My strategy here, assuming you want to ride this, is keep an eye on the wait times in the morning and if they start to climb then go grab a FastPass. Or just ride this in the morning as it’s not a long walk from Fantasyland.

Indiana Jones can have insane lines. Unfortunately, the FastPass doesn’t help you surpass the lines all that much. The queue for the attraction is about half outside and half inside. A FastPass here will help you surpass the outside portion. If the park is extremely crowded then this is significant, but unless you wait until the middle of the day to ride Indiana Jones then I’m guessing that the line outside won’t be significant. What I would recommend is heading to Indiana Jones fairly early in the morning. Make it one of the first 2 or 3 attractions that you go ride.

Star Tours has dropped in popularity over time, somewhat thanks to Galaxy’s Edge opening. The queue here moves pretty fast and wait times can regularly be found for under 30 minutes. This is a nice FastPass to grab a little later in the day and does help you skip a large portion of the line. 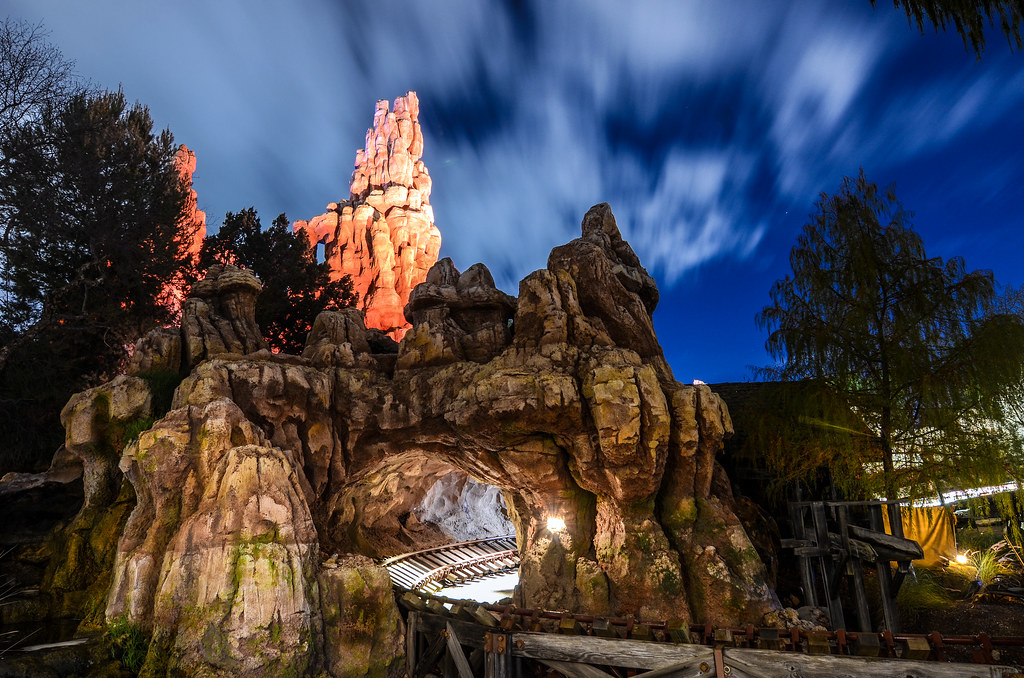 If I had to guess, I would bet that Big Thunder Mountain Railroad has the wait times that vary the most at Disneyland. I have seen Big Thunder with a 5 minute wait and an hour-long wait. If you head there at park open or late at night, the wildest ride in the wilderness won’t have much of a line. If you do want to ride Big Thunder Mountain Railroad in the middle of the day, then a FastPass is beneficial. The same concept that went for Roger Rabbit and Buzz is the same here, but there will be a longer wait until your FastPass window. I don’t think Big Thunder is a great use of a FastPass but it isn’t the worst either.

Matterhorn Bobsleds is the newest addition to the Disneyland FastPass game. Like Big Thunder, the Matterhorn can have varied wait times. More often than not though the lines are fairly long. Match that with an extremely uninteresting (or complete lack of) queue and the Matterhorn should be pretty high on the FastPass list. I’d put it in the top 4. You could use the single-rider line here, as the vehicles are single file anyway and you won’t be sitting next to anyone. 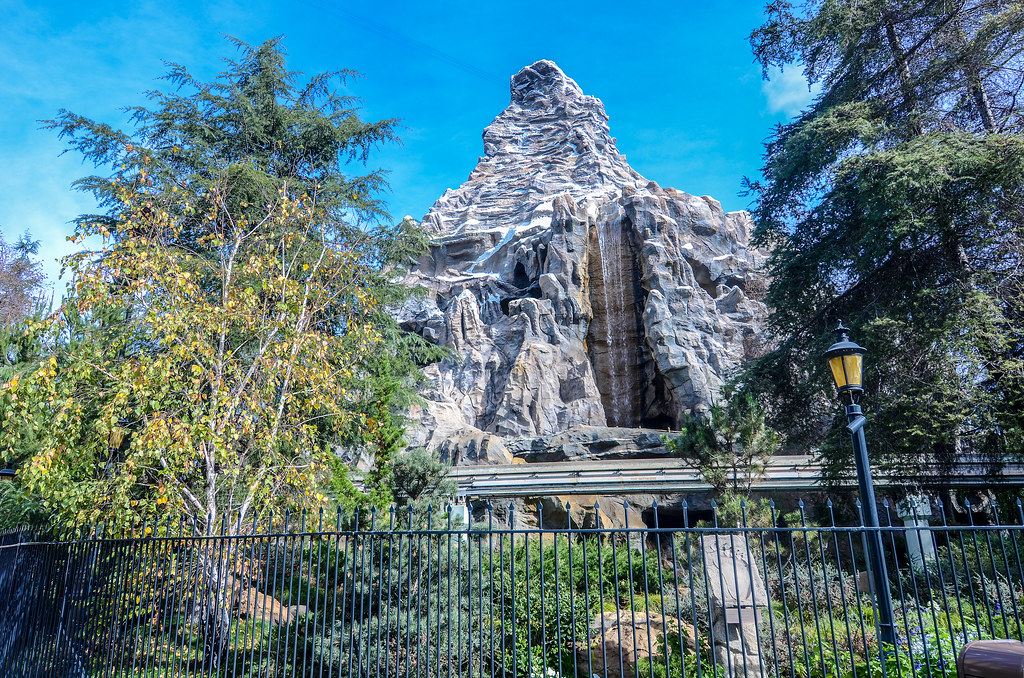 That leaves Millennium Falcon: Smuggler’s Run, Matterhorn Bobsleds, Splash Mountain, and Space Mountain as the big 4 attractions left vying for your FastPass order of importance. With Smuggler’s Run about to be added to the FastPass fold, it adds a little bit of mystery to the strategy. Currently, the attraction never has an extremely long wait unless it’s a busy day. There are times when you can walk right on to the Falcon before close. I expect the addition of FastPass to change that somewhat but it should still have somewhat shorter waits. For now, I’d put the attraction third or fourth on this list, tied with the Matterhorn. I would go to both of those attractions in the late morning to get a FastPass. 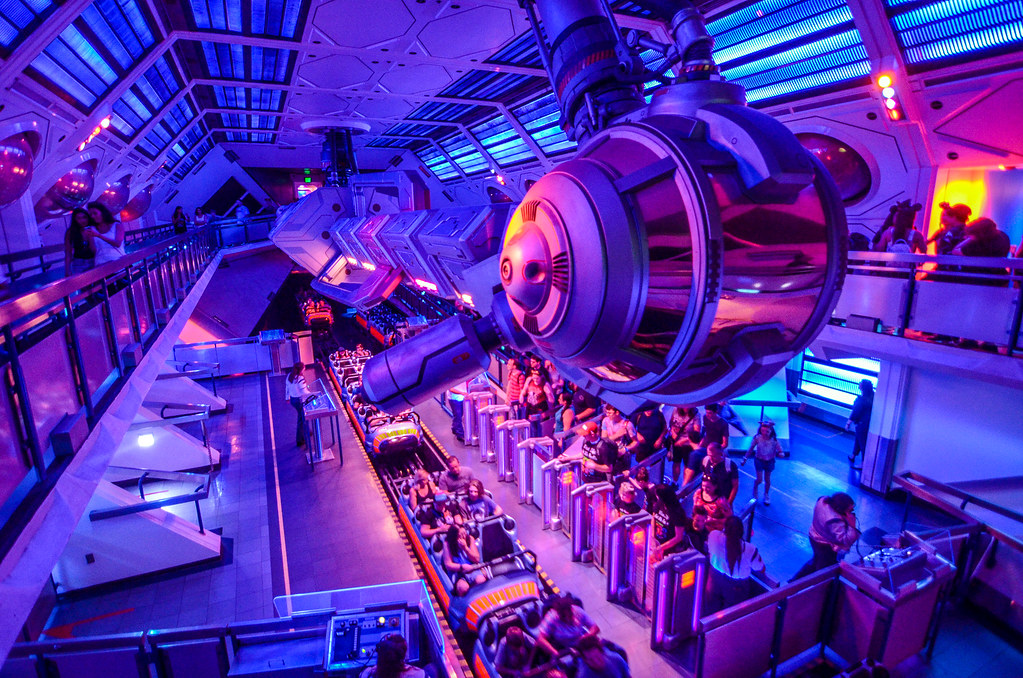 With any of my advice, all of this depends on personal preference. For example, if you (for some ridiculous reason) don’t like Splash Mountain then don’t worry about FastPassing that attraction. Here is a ranking of all the options to FastPass at Disneyland: 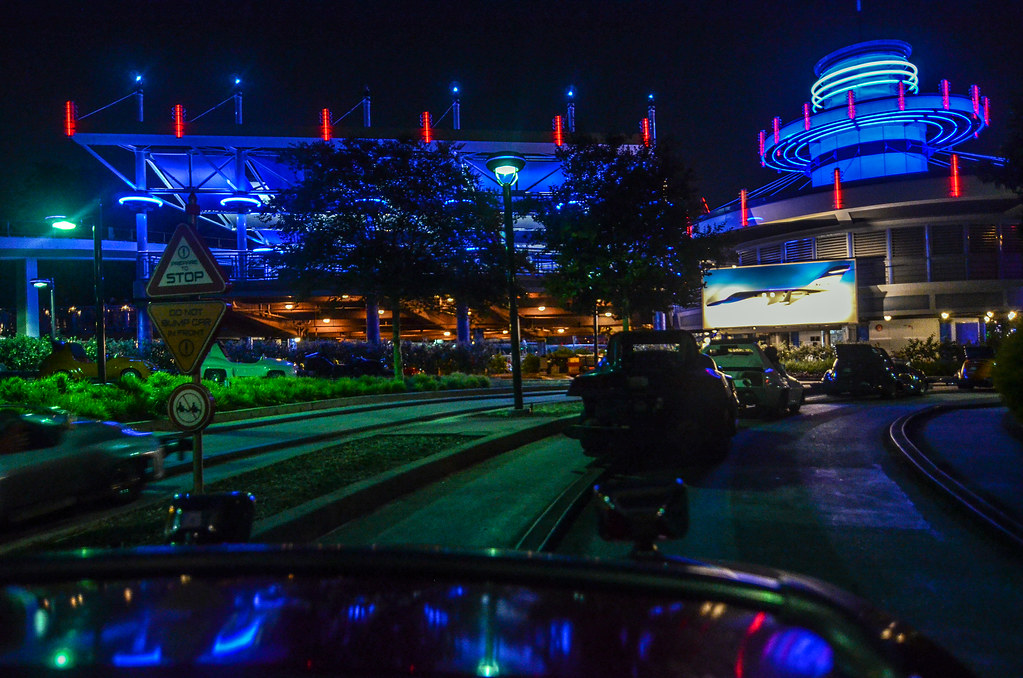 So, there you have it. I’ll try to keep this post up to date as the park changes.  If you have any questions or disagreements, leave them in the comments! Thank you for reading!

Thank you for reading Wandering in Disney. Planning a trip to Disneyland Resort? Check out our planning guide to help you along the way. If you enjoy our content please subscribe to the blog (via WordPress or email) and like our social media pages. You can find all of those things on the right side of this page. Have a great day!