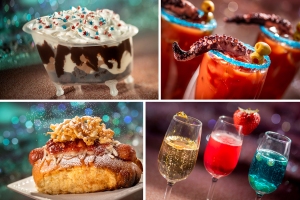 Walt Disney World’s 50th anniversary is only a few days away and now we have all of the specialty food items released that will be a part of it! Chefs and mixologists have been hard at work creating more than 150 items in honor of the celebration. In […]

We’re going to complete a series! Wandering in Disney has seen many series fall by the wayside in its existence. The ranking of food is always a priority though so we soldier on. Today marks the end of ranking (basically) all of the restaurants we’ve been to in […] 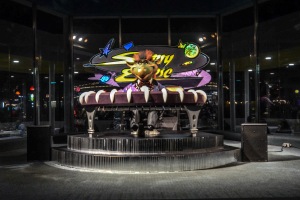 Cosmic Ray’s Starlight Cafe is a counter-service restaurant in Walt Disney World’s Magic Kingdom. Residing in Tomorrowland, the restaurant has been a mainstay in the park since 1994. Cosmic Ray’s serves American fare and has an atmosphere centering around an audio-animatronic alien singing an eight song set. The […]

Every few weeks our writers get together and answer a Disney related question.  Here is this week’s question and answer! Question of the Week: What’s your guilty pleasure theme park food that you know you shouldn’t eat but can’t help yourself once you are at a Disney Park? […] 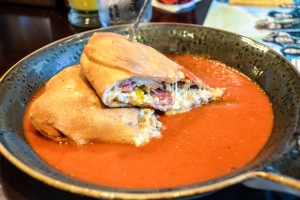 We just celebrated our 3 year anniversary of Wandering in Disney.  Thank you for your support!  On to the post! Trattoria al Forno is an Italian restaurant in Walt Disney World.  Serving breakfast and dinner, Trattoria sits at the base of the Boardwalk Resort and is a short […]

There are some Disney foods that are a rite of passage for Disney fans.  Dole Whip, Disneyland Corn-Dogs, Mickey Waffles, and Disney World cupcakes are just a few treats that people really associate with the most magical places on Earth.  Those who have had it might place Tonga […]