On this day 60 years ago, the park that started it all made its grand debut. Even though it was considered an opening day disaster and predicted failure, the park prevailed and brings joy to people all over the world to this day. Here are a few facts […]

A couple of months ago, I previewed the film Tomorrowland by wondering if it could help enhance or fix the Tomorrowland in Disneyland and Magic Kingdom.  While I’ll get to more on that specific film in a little while, that post ended up being a bit of precursor of upcoming films that […]

Disneyland Or Disney World? Things To Consider When Planning Your First Disney Trip

So, you have made the decision to go on your first Disney Park trip!  It’s time to pack you bags, hop on a plane and go, right?  Well, not quite.  There are a variety of things that you should plan for, starting with which destination to go to. […] 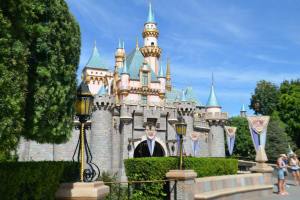 Kickoff to Disneyland’s Diamond Celebration: 60 Facts and Secrets about the Disneyland Resort

As a Disney fanatic, I find myself wandering the internet quite often looking for various facts about the wonderful world that is Disney. Searching for these random facts, is something I do to occupy my time when I am bored. In honor of the kickoff of Disneyland’s 60th […]

Hello Disney fans! In all honesty, I had another post all ready to go for today and, at the last-minute, I decided to change the topic to let you know about some exciting things! As you probably know, Disneyland’s 60th Anniversary is upon us. On July 17th, 1955 […]

The rides and attractions created for the Disney parks all tell a story.  They are themed and designed to a tee making every moment you are in a park an experience. Whether the attraction is bringing an animated classic to life or an entirely new experience, each one […]

Disney’s new live action film, Tomorrowland, is about to hit theaters on May 22nd.  The film, directed by Brad Bird (The Incredibles) and starring George Clooney, is a sic-fi film that shares a title with one of Disney Park’s most famous lands. For as iconic and legendary as […]

My post this week is dedicated to explaining the exciting news about one of Disneyland’s most iconic dark rides – The Haunted Mansion. Now, if you don’t know me personally, it is only fair that you are aware of the fact that I am a huge chicken. I […] 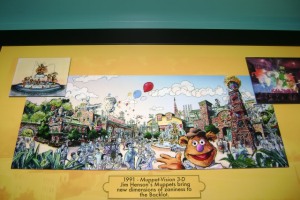 The Muppets at Disney Parks

The story of the Muppets at Disney Parks is a complex one that has been told many times.  At this point, the story has become almost more of a legend than a story, as it’s been passed on for nearly 25 years now.  With the recent news that […]

Happy Easter, everyone!  I hope you had a joyful day.  Every week our group of writers get together and answer a Disney-related question.  Here is this week’s question and answer (leave your answer in the comments): Question of the Week: What is one Disney restaurant that you have […]