On October 1st, Walt Disney World began their 50th anniversary celebration! They have termed the anniversary “The Most Magical Celebration” and it will last for 18 months. There are and will be new additions, special decor and a host of other enhancements to Walt Disney World Resort. In this post, we’ll give a brief overview of what’s been added and include links to more in depth articles about some of those options.

In the early stages of planning, Walt Disney World’s 50th anniversary looked like it was going to be a massive celebration with a large amount of additions, especially to Magic Kingdom and Epcot. Then the pandemic hit and plans were scaled back dramatically. Still, The Most Magical Celebration kicked off with several openings and promises that more are still to come. We’ll start there in this guide, briefly talking about each addition.

On October 1st, Magic Kingdom debuted a new nighttime show that features fireworks, original songs and enhanced projections. I like the show but didn’t love it, as it seems to be missing a little something. That said, you should absolutely see the show. To read our full review of Disney Enchantment, click here.

We recommend finding a spot to watch the show in the hub or on Main Street. The top of the slight incline just after Casey’s Corner and before the Partners Statue is my favorite spot. Depending on the crowd levels, getting there up to an hour early might be necessary.

Another new nighttime spectacular, this time at Epcot. This show has some great scenes and moments but ultimately is disappointing when taken as a whole. It’s worth seeing because of some great pyro and to see the giant alien robot ship in the middle of the lagoon in action. To read our full review of Harmonious, click here.

As for where to stand, we recommend the front of house which would be the entrance to World Showcase. There’s a small hill there, between the 2 shops, that will offer a great view! Getting there about 45 minutes ahead of time should be sufficient unless it’s a very crowded day.

Along with debuting a new show, Epcot also opened a new attraction in the France Pavilion. Remy’s Ratatouille Adventure was first found in Disney Paris before making its way stateside. The attraction was set to debut in 2020 but then the closure happened and the opening was pushed back to the anniversary. Remy’s utilizes a virtual queue that guests with Epcot park reservations can enter at 7 AM using the My Disney Experience app.

The attraction is a trackless dark ride that sends guests on a frenetic chase through the different kitchens we see in Ratatouille. I like the ride despite a few plot holes and an over reliance on screens. To read our full review, click here.

This new daytime show in the Discovery River Theater is strange. Large kites in the form of characters from either Lion King or Jungle Book are flown from the back of jet skis. There are also some kite fliers closer to guests, that add a nice personal touch. In the shows thus far brief run, there have been some issues but I enjoy the show. It’s quirky, weird and entertaining. Here’s our full review. There’s no secret to seeing the show and no need to arrive early. Sit in the DinoLand stands and let the weirdness take over.

Disney has already announced that Guardians of the Galaxy – Cosmic Rewind will debut in Epcot in 2022, in time to catch the end of the anniversary. Star Wars Galactic Starcruiser, an immersive Star Wars hotel, will also debut next year in March. There’s reason to believe that more will be opening in Magic Kingdom and Epcot next year, as well, as both have ongoing projects. Chief among those is the Tron Coaster set to open in Tomorrowland. We’ll keep you updated on those as the opening draw closer.

There’s more to the anniversary than just the entertainment and attraction additions, there’s also decorations! Two substantial changes were made to the parks for the 50th anniversary. At night, each park icon will light up as a ‘beacon’ with a small little show to go along with it. These are beautiful projections, especially Epcot’s Spaceship Earth. Magic Kingdom’s Cinderella Castle also looks great against the dark sky. These are simple additions but they do give a special aura to the park. 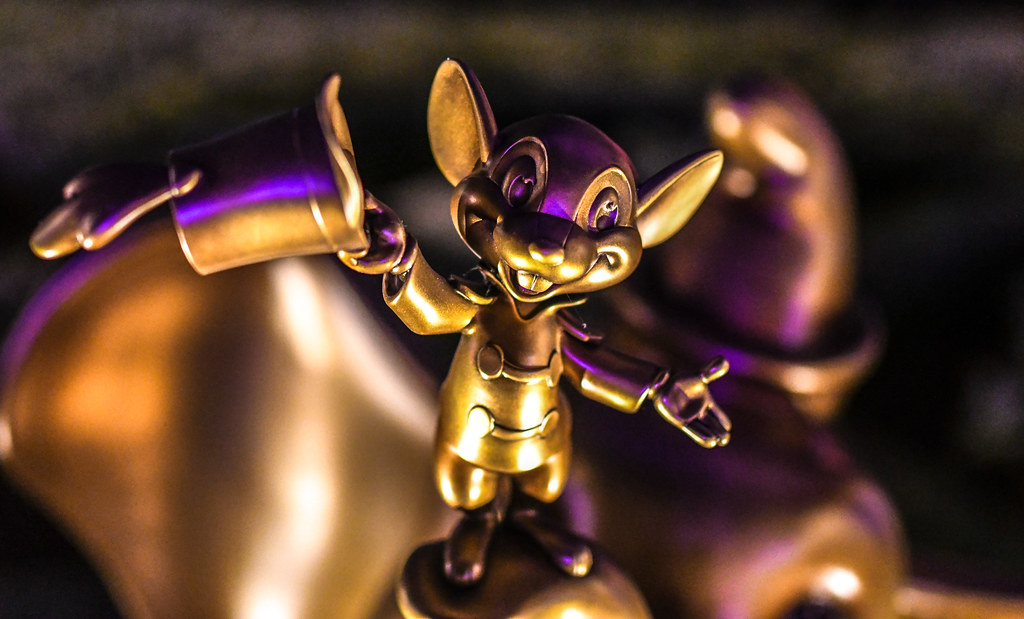 Along with the beacons, there are 50 gold statues placed throughout Walt Disney World of Disney characters. This is officially called the Disney Fab 50 Character Collection but I’d prefer not to call it that. Gold statues is a more practical and enjoyable name to type. They all look very good, although some fit more organically into park locations than others. I’m especially fond of the characters in Magic Kingdom’s hub. They’re a small addition, and there are some questions on the fit of certain ones, but they are fun to look for and at.

There are a number of specialty items offered throughout the resort for the 50th anniversary. You can find a number of those items here in this post! We’ve tried a few of them and will review a few over the next month. We’ll be sure to add them into this post when we do. For now, enjoy all of the the chili options that your heart (and gut) can muster. 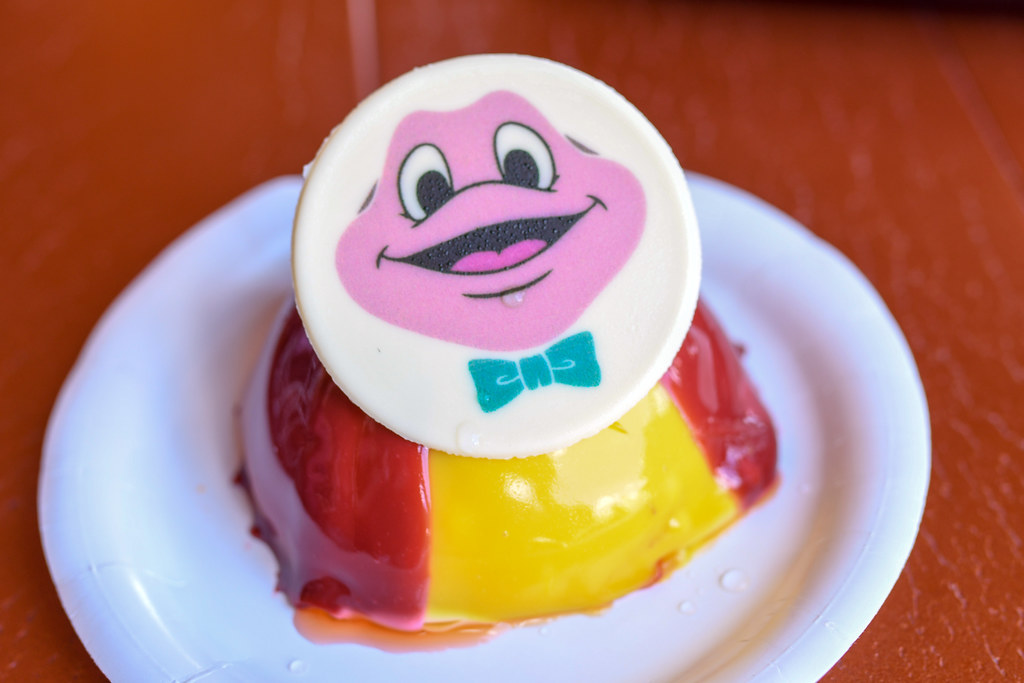 As always, if you’re looking for tickets or vacation packages, click on the corresponding link to find what you need! We’ll be updating this post as the 50th anniversary rolls on so keep coming back for more.

What do you think of Walt Disney World’s 50th anniversary so far? Let us know, along with any questions you might have, in the comments below! If you are planning a trip to Disney World, then check out our planning guide. If you enjoy what you are reading here on Wandering in Disney please share this post with your friends, as well as like our social media pages. You can also subscribe to the blog via WordPress or email. You can do all of that on the right side of this page. Thank you for reading, we really appreciate it!