Disneyland Resort has had a few interesting news items over the last week. When I say interesting I mean that these news items were interesting to me. Both things that I’ll address in this post are more technical and could be fairly dry subject matters. That’s why they’re combined into one post so you don’t have to comb through two of these. I’ll break down the news and then give a little commentary on each subject. We’ll start with Star Wars: Galaxy’s Edge.

As we’ve covered, Disneyland’s Galaxy’s Edge will be opening on May 31st and from that date until June 23rd, the land can only be entered by making a reservation ahead of time. All of those reservations have since sold out. There is some very limited hotel availability at Disneyland’s three official hotels and staying there will give you an automatic reservation into the land. Our new piece of news is about what will happen with Galaxy’s Edge crowd control after June 23rd.

Via the OC Register, Star Wars: Galaxy’s Edge will be moving to a virtual queue starting on June 24th. This will entail guests getting on the Disneyland app (or going to a paper FastPass machine in the park) on the day of and getting a ‘Boarding Pass’ to enter the land. Instead of a physical line to enter the land, guests will be able to enjoy the rest of Disneyland and California Adventure (if you have a park hopper) while waiting for a notification and/or a time window to enter into Galaxy’s Edge. According to the article, this system will last until crowds “dissipate”.

Guests who enter Disneyland when the park opens and head immediately into Galaxy’s Edge will avoid the virtual queue and won’t have to wait in line. Once in Star Wars: Galaxy’s Edge there will be no time limit for how long guests can spend in there, unlike the four hour max with reservations.

This was exactly what I hoped Disneyland would do. Throughout this summer and into the holiday season I expect Star Wars: Galaxy’s Edge to reach capacity often. Now instead of standing in one, hot spot for hours guests will be able to enjoy the areas outside of Galaxy’s Edge while waiting to get in. We’ve seen this system utilized at Universal Studios Japan for Wizarding World of Harry Potter and really enjoyed it.

We will have a separate post about touring strategy when it comes to Star Wars: Galaxy’s Edge soon but for now we simply recommend trying to get a ‘Boarding Pass’ for the new land right at opening. We also recommend using the app as opposed to seeking out a physical machine as we expect the passes to be gone within the first few hours of park operation. Just like nearly every aspect of a Disney vacation at this point, we simply recommend being prepared and having a gameplan before the park day begins. With another month and a half before the virtual queue system is enacted, there will be plenty of time to adjust your touring schedule. For now, we are very happy with the system Disneyland has put in place.

Disneyland Resort has introduced a new annual pass called the Disney Flex Passport. This new pass comes at a lower price point, $599, than every other options outside of the Southern California Pass. The reason for the lower price point is that passholders have to reserve the dates they would like to go. There are some days throughout the year, generally Monday-Thursday during the school year, that reservations won’t be needed. Along with that, there are a few blackout dates throughout the year. The Disney Flex Pass does include discounts on food and merchandise.

Diving deeper into the reservation system, guests can reserve the days that they want to visit 30 days in advance. Passholders are able to hold 2 days worth of reservations at a time, no more. These two rules are easily the biggest downside of the pass as it limits those who want to be spontaneous but also could prevent longer trips for those that don’t live close by.

Having said that, we have no clue yet if reservations will be easily attainable. If it turns out that way then this pass offers a great option for those that want to visit the parks during the summer and would be blacked out under other passports. Once the passes go on sale on May 21st we’ll have a better idea of how easy reservations will be to attain. Here’s a look at the calendar:

The top calendar is Disneyland and the bottom is Disney California Adventure. Green dates are “Good-to-Go” dates while blue dates require reservations. With only 2 weeks of strict blackout dates around Christmas, the parks are very accessible with this pass. There are a lot of blue dates to consider though. For the dates you need to reserve, Disney has said you’ll be able to reserve both parks if there is availability. This would make this pass like a park hopper even on reservation days.

Speaking personally, this Flex Pass is very intriguing. I’ve been scared off by Disneyland’s other annual passes strictly because of the price. With a price at $600, this is $200 cheaper than the next cheapest annual pass option for out-of-staters. Speaking of living outside of California, having to reserve 30 days in advance is not a big deal to me. Disney World vacations have condition Melissa and I to planning well in advance. Having to know 30 days in advance is not an issue for us.

Living in the northwest, Southern California isn’t a long flight for us and weekend trips don’t cost much or necessitate staying longer. We could reserve a Saturday and Sunday, use a ‘good-to-go’ day on a Monday and head home after a nice three day weekend. For those that live further away or want spur of the moment availability, the idea of the Flex Pass may be more up in the air. But for me and others that live a short flight away then this seems like a huge win. 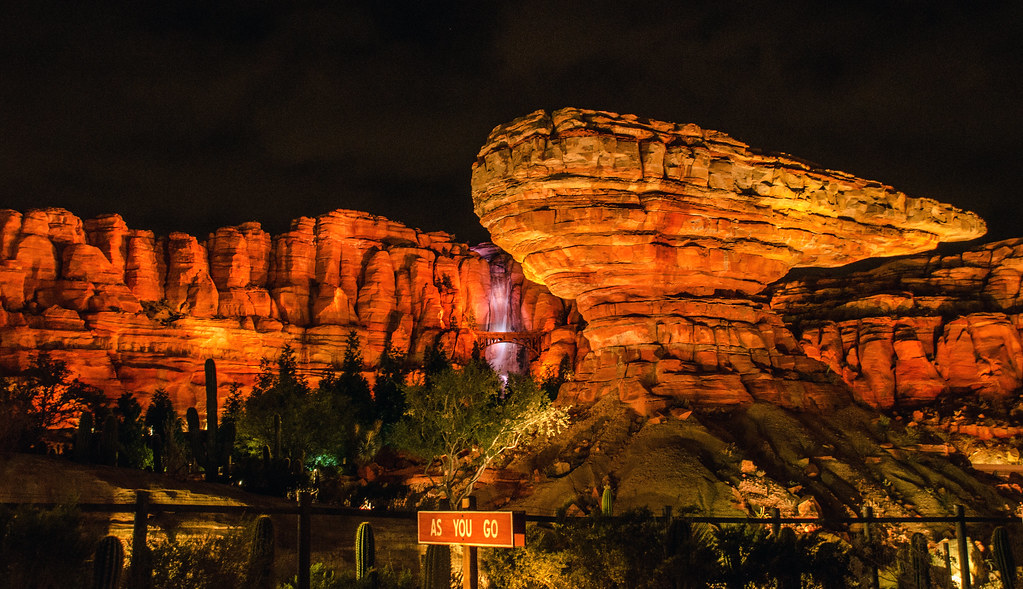 Once there is more information on the Disney Flex Pass we’ll update our thoughts on its value and who should buy it. What do you think of the Flex Pass and Star Wars: Galaxy’s Edge virtual queue? Let us know your thoughts in the comments. Planning a trip to Disneyland? Check out our planning guide. If you enjoy what you are reading here on Wandering in Disney please share this post with your friends, as well as like our social media pages.  You can also subscribe to the blog via WordPress or email.  All of those links are on the right side of this page.  Thank you for reading, we really appreciate it!