Attractions & Shows That Need To Go

Attractions and shows are the centerpiece of theme parks.  Classic attractions have transcended time along with new state-of-the-art attractions popping up across the globe, making Disney (and other) Parks continuously inviting to visitors.  Unfortunately, they can’t all be winners.  Some shows and attractions start out on the right foot, grow a little long in the tooth without proper maintenance, and eventually should be replaced.  Others are simply bad from the start because of execution, troubled concepts, or a variety of other reasons.  In this post, we’ll be going through the American Parks and giving a few attractions and shows that we’d like to see close to make way for fresh options.

Before we get to the actual entertainment, I do want to say that this isn’t a knock on the creators of anything that makes this list.  There are so many factors that go into creating a show and attraction as well as a ton of hard work that goes into the process.  Generally, what makes these projects fail are external factors such as budget reductions, strict company-imposed guidelines, or the entertainment continuously running past its prime.

There are also several attractions that we actually enjoy on this list, they just don’t work as well as originally intended.  For example, Melissa and I both loved Wishes, Magic Kingdom’s former nighttime spectacular, but we’re ready for the show’s successor because Wishes showed signs of fatigue.  It turns out that Happily Ever After is a significant improvement, at least from a technical standpoint.  In short, this list isn’t titled “Our Least Favorite Attractions” because it isn’t that.  If it was Autopia and Primeval Whirl would definitely be on the list.  I almost put them on there anyway.

I tried to spread out my picks between the parks but some definitely have more… umm… representation than others.  Congratulations to them?  Hollywood Studios having more places on the list than any other park means it finished first place in something!  Let’s get to it.

This may not be entirely fair, as Magic Kingdom’s Street Party just received a slight update.  Setting that aside, I despise this while fully realizing that I’m not the target audience.  As with many shows that made my list, this Street Party started as temporary entertainment and yet, here we are nearly a decade later and it still fills Main Street with terrible pop music and unimaginative floats.  Unlike a few others on my list, I do understand why this still exists but it certainly isn’t for me.

This was introduced at Epcot a few short years ago and I thought it was a fine idea at the time because it seemed like it would only last a few months.  It’s been a few years now and is something that you could watch on Netflix at home.  That it continues to play in the Imagination Pavilion is frustrating.  Not that these short films aren’t great, most are, but there is no reason to have this play at Epcot.

In Epcot’s heyday Innoventions was great.  The buildings on both sides of Epcot’s spine housed what seemed like a cutting edge science fair, with interesting exhibits.  Now, there’s hardly anything in these buildings.  Unlike most items on this list, I do think Innoventions will be closing for good in the next couple of years (one side is already gone) which is sad from a nostalgic standpoint but probably necessary.

Beauty and the Beast – Live on Stage (Hollywood Studios)

Beauty and the Beast – Live on Stage has been running for nearly 30 years!  First of all, I’m impressed.  Secondly, as a general belief, I don’t think stage shows should last more than 10 years unless they are spectacular (Festival of the Lion King).  Thirty years is way too long for a slightly above-average show and now Beauty and the Beast – Live on Stage certainly shows its age. 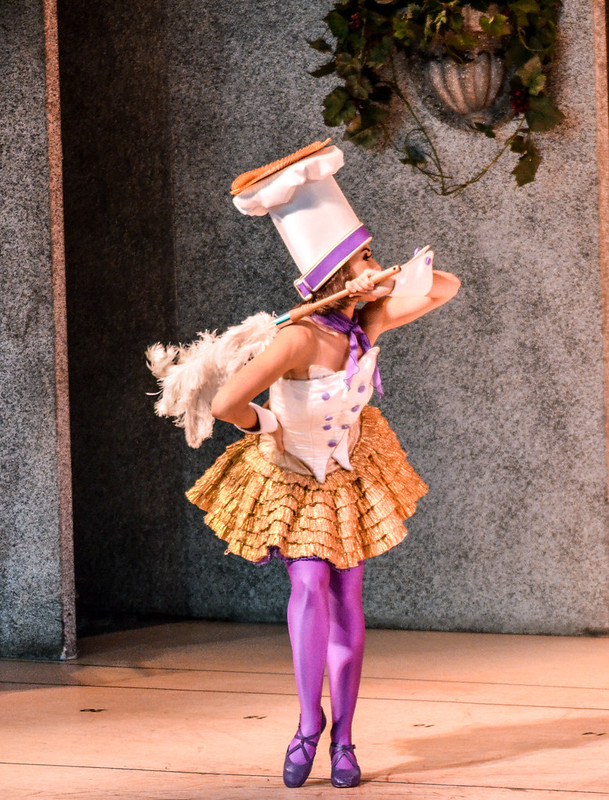 Everything I said about Beauty and the Beast – Live on Stage applies here, except I think the presentation here is fairly unique.  Unfortunately, that makes this show its age even more although I do prefer Voyage over the former.  This is one of the few on the list that seemingly could get by with a substantial upgrade to the set instead of wholesale changes but it has run too long.

This show debuted at Hollywood Studios almost a decade ago and it was disappointing then.  It came with a whole Frozen temporary festival and this is what stuck around.  As much as I despise the show, it works fine as temporary entertainment.  It lasting more than one year was disappointing, nearly a decade is embarrassing in my opinion.

Maybe the most controversial pick on my list, I think Hollywood Studios is ready to step into a new nighttime spectacular.  The Hollywood Studios amphitheater is a wonderful venue and worthy of a spectacular show.  Sadly, Fantasmic! fells stale and ready for a change.  While I think the show could get by with a large update, I’d rather see an entirely new show. 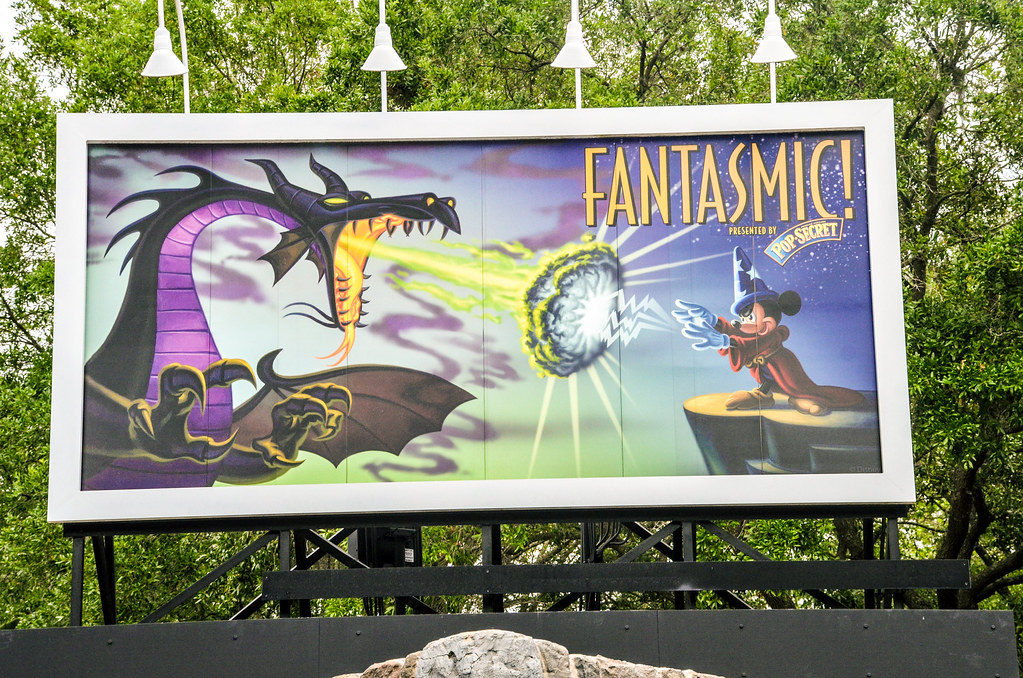 Another temporary attraction that is seemingly permanent at the moment.  Maybe that changes once Star Wars: Galaxy’s Edge opens but we’ll see.  Having this very bland, unnecessary addition on both coasts is strange.  There are much better uses for the space that Launch Bay takes up.

I don’t dislike Finding Nemo – The Musical.  It’s decent.  But, it has been around for 13+ years and I’d like to see a different show come to the theater.  With Finding Nemo not really matching the Dinosaur theme in the first place, it seems as if they could add most anything here and it wouldn’t take away from the current park identity.  A stage show of Jungle Book would be interesting here. 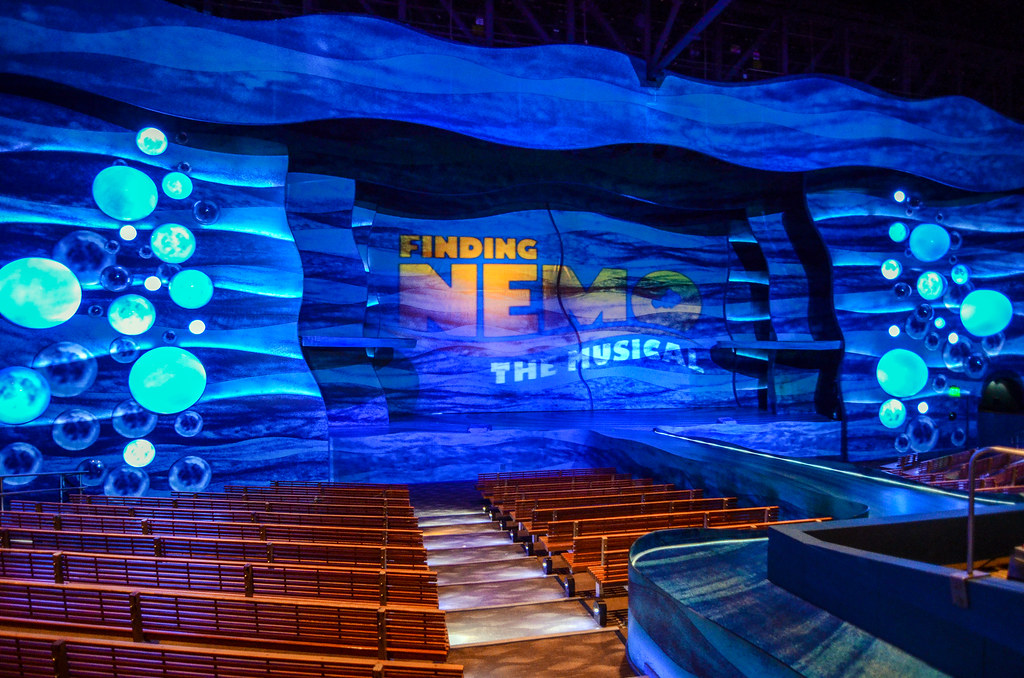 Disney has started to nail roller coasters for kids.  Seven Dwarfs Mine Train and Slinky Dog Dash remove the need for popular, fairground-esque attractions.  Waiting in the queue for Gadget’s Go Coaster at Disneyland is not a pleasant experience and the payoff of the ride is not worth the hassle.  Seeing something immersive instead of a generic coaster would be a nice change.

California Adventure’s lone addition to the list never really fit into the park.  Mike & Sulley to the Rescue is in a weird corner of the park, isn’t a very good dark ride and just doesn’t match anything thematically.  I have no ideas on what could fit in back in this weird corner of the park but Monsters Inc, Mike & Sulley to the Rescue never took off and is ready for a change.

Those are the attractions and shows in Disney Parks that we’d like to see be replaced.  What would you add or take off the list?  Let us know in the comments below.  If you enjoy what you’re reading here on Wandering in Disney please subscribe to the blog and like our social media pages.  You can find both of those on the right side of this page.  Thank you for reading and have a great day!