San Francisco has always been a favorite city of mine.  A short plane ride from Seattle, I have visited the city several times in my life and have always enjoyed it.  Melissa had never been to San Francisco so when the opportunity arose to spend a weekend down there we jumped at it.  On the top of both of our lists of places to visit was the Walt Disney Family Museum.  We’d both read rave reviews of the museum and were eager to try it out. 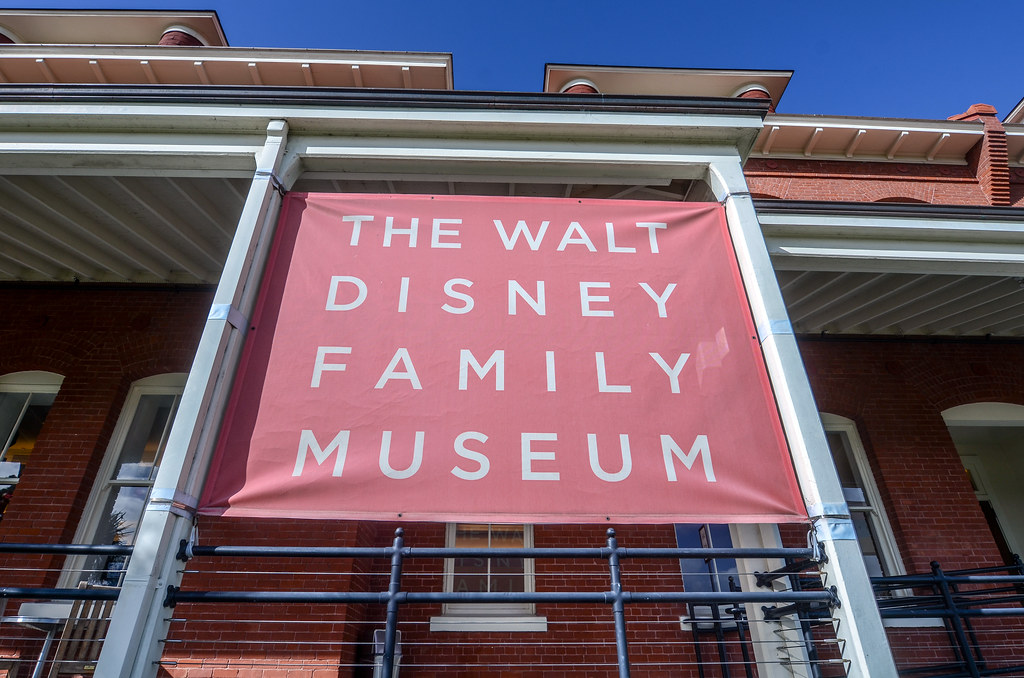 As we mentioned, Walt Disney Family Museum is in the Presidio District.  Although I’ve been to San Francisco several times before I had never visited this area and really enjoyed it.  The district is part of the Golden Gate Recreation Area and offers sweeping views of both the Golden Gate Bridge and San Francisco.  As a former military fort, all of the architecture is similarly Spanish-themed.  Red brick and off-white are the predominant colors, making for an interesting contrast to the lush park.  The whole area is beautiful and worth exploring.

Unfortunately, it is slightly hard to get to if you’re using public transportation.  Really the best way (and only way) to get there is via bus.  It isn’t necessarily hard to find the transportation from Fisherman’s Wharf or Union Square, just slightly inconvenient and not really a walk-able distance.  If you’re driving, then getting to Walt Disney Family Museum is relatively easy.

Once inside the museum, you’ll enter into a lobby that also contains a gift shop and small cafe.  You can buy tickets to Walt Disney Family Museum online or just in the lobby.  Admission costs $25 and you can add a film, which is switched out roughly every month, to your ticket for $5.  We had limited time so we just went with museum admission but I have read several good reviews of the films showcased here.

The lobby alone has several interesting artifacts in it.  There is a large case with Academy Awards inside of it that was of particular interest to me.  There were many other awards strewn across several cases and a few historic items from the Disney family. 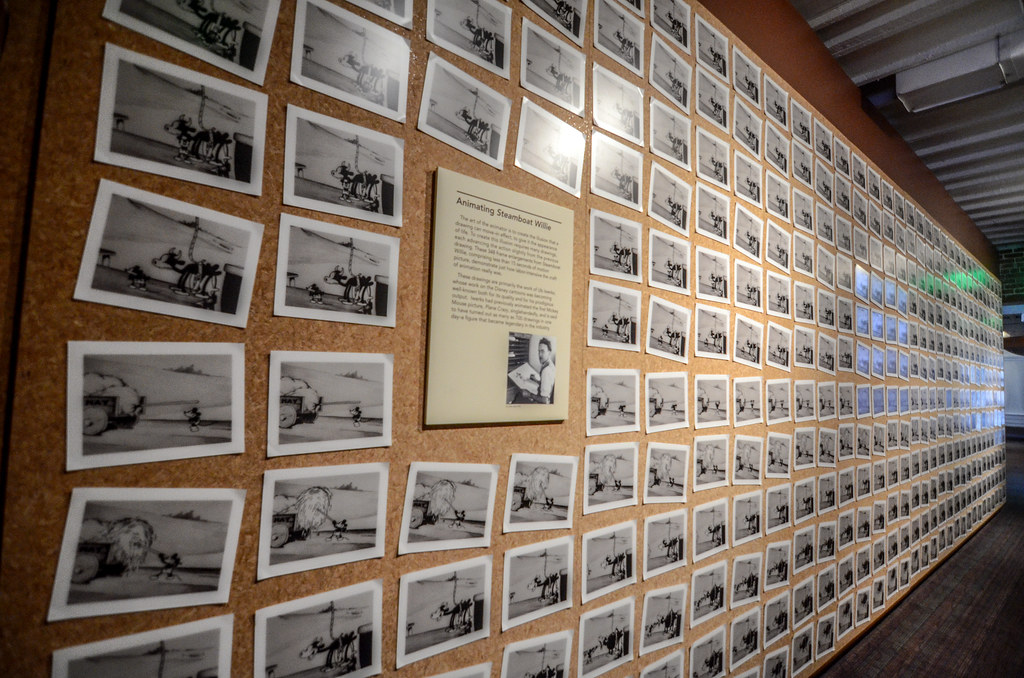 Once inside the museum guests enter into the story of Walt Disney’s life.  The museum is divided into 10 galleries spanning from Walt’s early age to his death.  As soon as you step foot in the first gallery it’s clear that the museum isn’t just a collection of artifacts to browse through.  Instead it’s intent on telling a detailed story about Walt Disney, one of the best storytellers in history.  I don’t consider myself to be an expert on the man, but I think I know a fair share about Walt Disney relative to the typical person.  My knowledge of him barely scratched the surface of what the museum offered.

What is also clear within the first few minutes inside of the museum is that the story being told is personal to the teller.  This museum was founded by Diane Disney Miller, the daughter of Walt Disney.  There are times when I have issues with the use of Walt Disney’s mystique by both the Disney company and fans.  The company often throws a Walt Disney quote behind any project they announce for ceremonial reasons and to justify to their fans why they are taking on this project.  Sometimes the quote fits, other times it feels like a reach.  There’s also plenty of frivolous phrases thrown out by fans without much thought.  Saying something like “Disneyland is so special because I get to walk where Walt walked” holds a hint of truth but also can be pretentious.  The Walt Disney Family Museum strips away the pretension and mystique in favor of humanizing the man we idolize.  Walt isn’t treated like some myth that was part human but mostly god, instead the museum tells a story of a man from the Midwest with big ideas. 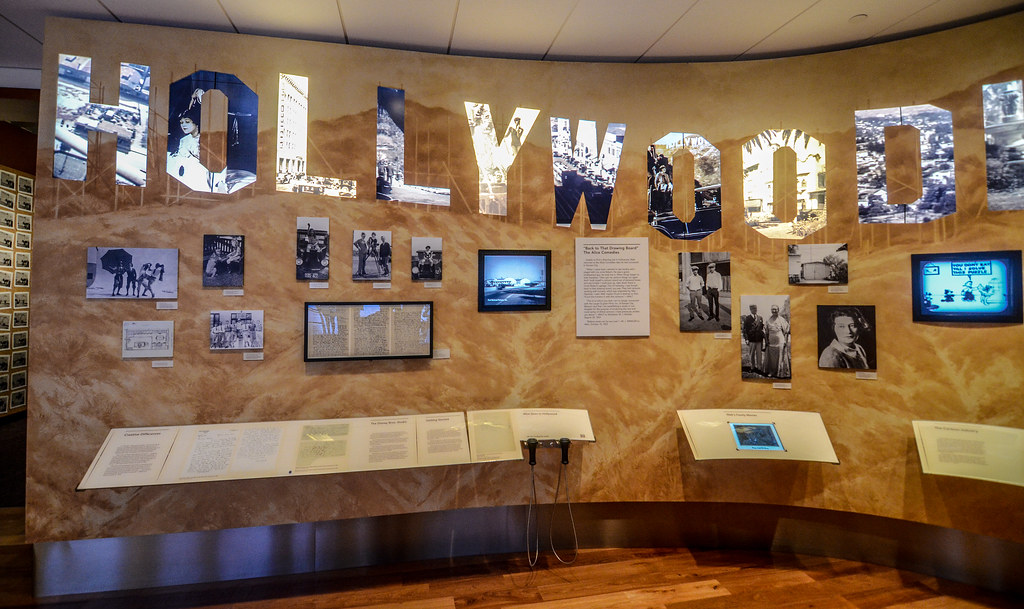 All ten galleries are impressive but the largest of these galleries seem to be the first one.  Learning about Walt’s life before moving to Hollywood was of real interest to me as I’d never seen it told in such detail.  From growing up in the Midwest and then living in France as a member of the military, I found the first area gallery to be one of the best as it immediately plants guests into the story.

While the museum certainly is keen on telling a story, that isn’t to say that there is a lack of artifacts, documents, and exhibits.  The first gallery included several handwritten letters and family trinkets.  Other galleries included early animation technology and contracts.  Part of the appeal of the museum was that their collection was so diverse.  As the museum moved into animation, there were some interactive exhibits that I really enjoyed – my favorite being playing a plastic drum to add music to the animation you’d see on-screen. 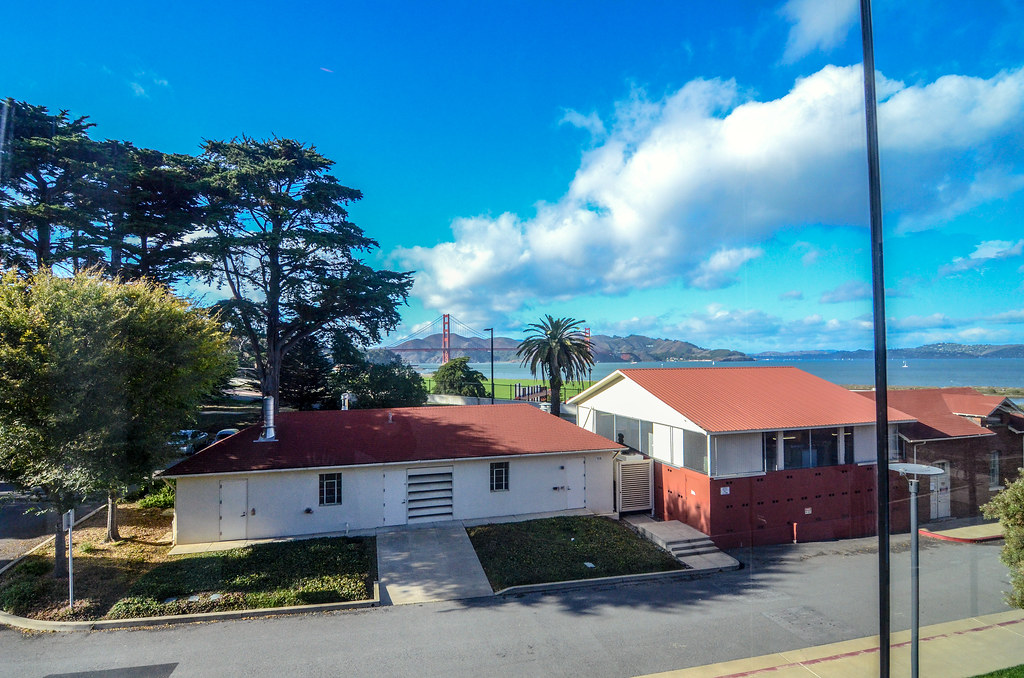 Along the way there is plenty of art work to take in, several cameras from the time to showcase how they shot animation and even a stunning view of the Golden Gate Bridge (seen above).  Since the museum is in chronological order of Walt’s life, the Disneyland gallery was towards the back of the museum.  It was just as impressive as the rest of the museum though.  I especially loved the to-scale model of Disneyland. 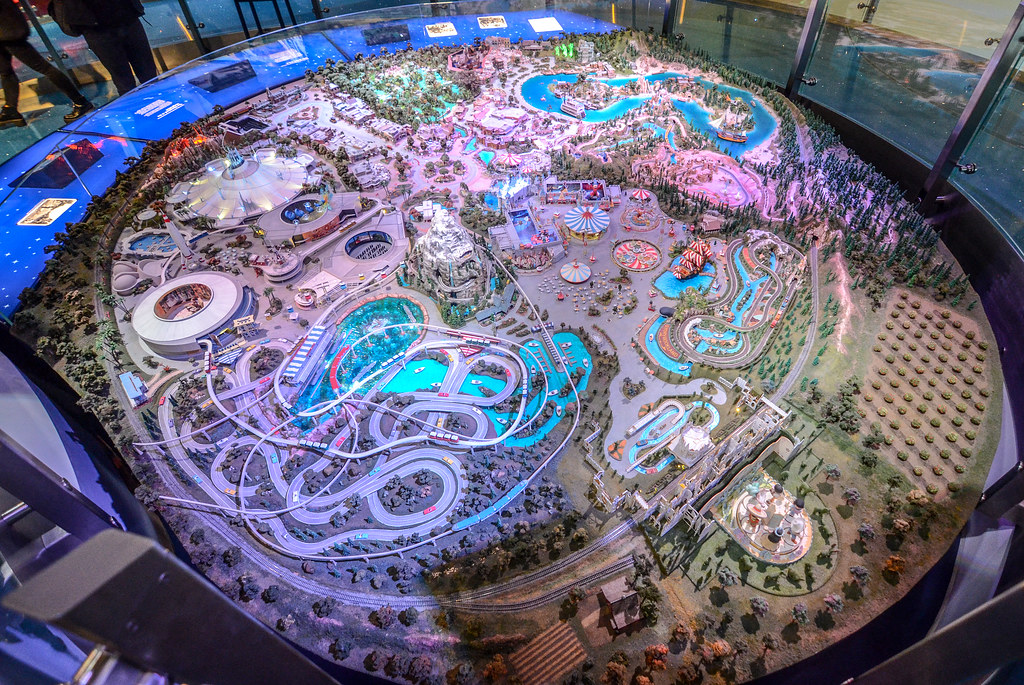 There was also an animatronic bird (in the style of Enchanted Tiki Room) in this section that guests could control.  Playing with that gave me a new appreciation for Imagineering.  In that same section there are some drawings for Walt’s vision of Epcot which are beautiful.  They also tell some great stories of the days before Disneyland opened and some of the showcasing Walt did of the park.  Being bigger Disney Parks fans than any other section of the Disney company, this was all extremely interesting to us although we did know more of this section beforehand than the other sections.  Still, the exhibits, artwork, and models alone in this gallery would have made the museum almost worth the price of admission itself.  Thankfully, there were nine other galleries so there was no question that the experience was well worth the price to us.

Much like the rest of the museum, the final gallery that talks about the death of Walt Disney feels personal.  Part of that is because of the story that we have just experienced over several hours.  Part of it is because of the founder, and others, personal connection to the man.  I can’t overstate how tastefully well everything is done throughout the entire museum. 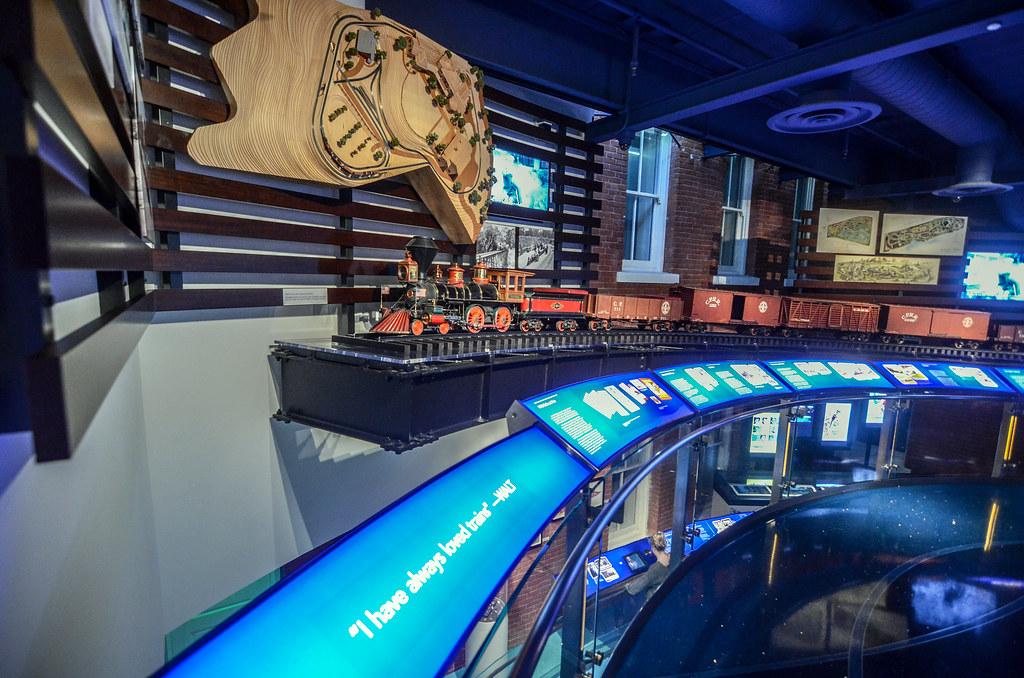 The gift shop was also impressive, but that may just because I’m used to Disney Parks gift shops.  There was plenty of Walt Disney Family Museum specific merchandise as well as many books about Walt Disney and the Disney company.  The cafe, right outside of the gift shop, was more of a mixed bag.  The food was fine but I’d recommend eating somewhere else in San Francisco unless you were extremely hungry like we were.

I can’t recommend the Walt Disney Family Museum enough.  If you are a fan of the Disney Parks or company then this place should be added to your travel bucket list.  There is no other place that I’m aware of that comes close to amassing this much information in one place on Walt Disney.  The parks have a few exhibits in Great Moments With Mr. Lincoln (Disneyland) and Walt Disney Presents (Hollywood Studios) that are comparable to a gallery in most museums but it doesn’t come close to what you’ll find here.  We set aside a few hours for the Walt Disney Family Museum but ended up spending half the day there.  I would recommend getting there close to opening and planning to be there for at least 3 hours.  Even for those not as interested in Disney, this is an impressive museum with an array of exhibits.  For those that are interested, this is the holy grail. 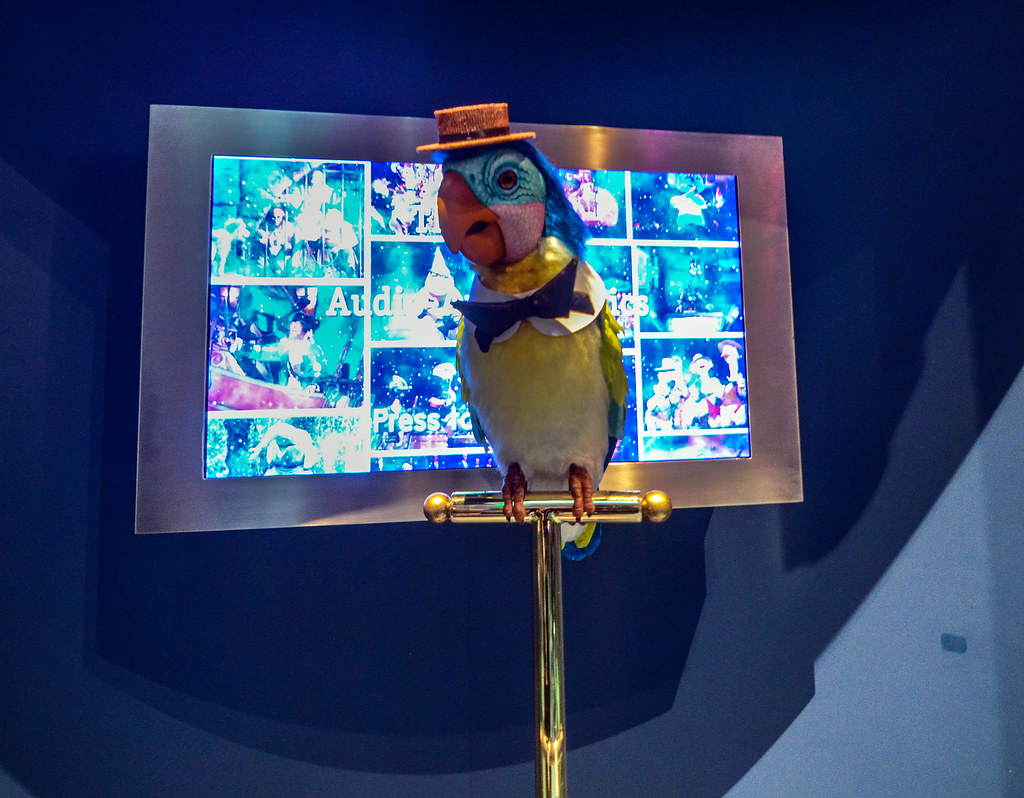 Have you ever been to the Walt Disney Family Museum?  Let us know any thoughts or questions you have in the comments down below.  Thank you for reading Wandering in Disney.  If you enjoy our content please subscribe to the blog (via WordPress or email) and like our social media pages.  You can find all of those things on the right side of this page.  Have a great day!