I find that FastPasses are the biggest source of frustration to first-time or infrequent park goers. Many people don’t know what FastPasses are, how to use them, or what to use them on. With this in mind, we’ve written FastPass Guides to all of the U.S. parks and now move on to Tokyo Disneyland. 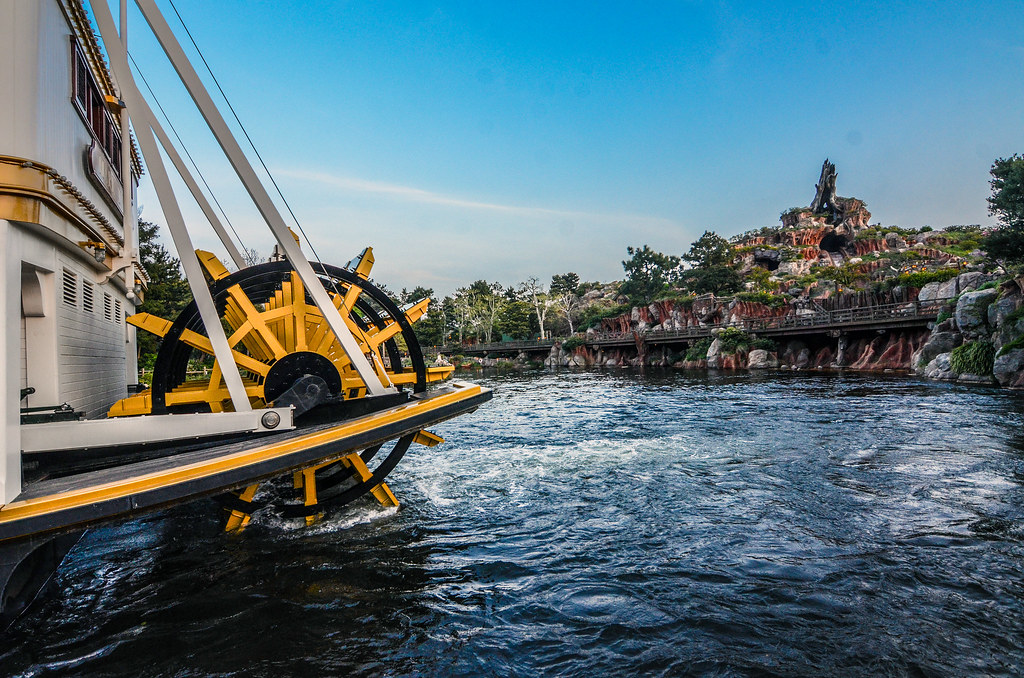 Tokyo Disney Resort and Japan are travel destinations that can be somewhat intimidating in the planning stages.  Going somewhere foreign has its challenges but that doesn’t mean deciding what to FastPass at Tokyo Disneyland is difficult.  In fact, if you are accustomed to the U.S. Disney Parks then this should be a relative breeze.

What FastPass system does Tokyo Disney Resort use?

Like Disneyland, Tokyo Disney Resort uses a paper FastPass system.  This means that there is no reserving FastPasses at Tokyo Disneyland, outside of special packages.  Without reserving FastPasses ahead of time like guests do at Walt Disney World, Tokyo Disney Resort’s system is pretty easy to navigate.  Along with not worrying about what to reserve in advance, Disneyland Resort also has fewer options to FastPass.  That means there is less decision-making and strategy involved. 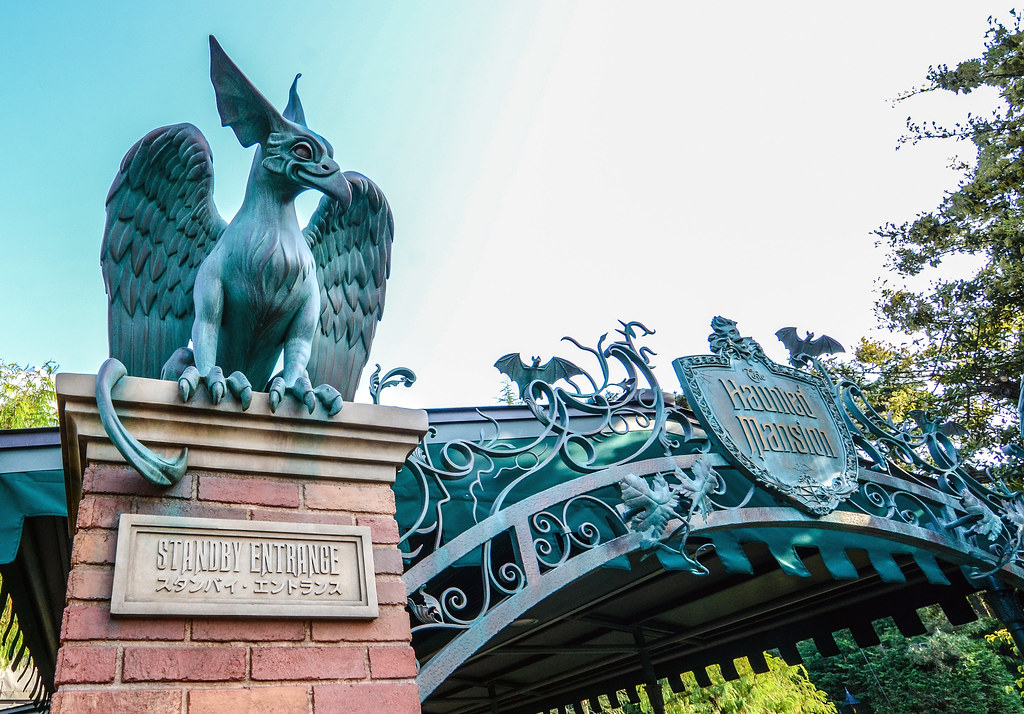 The way to obtain FastPasses at Tokyo Disneyland is to go to the attraction (at least in most cases) that you want to insert a FastPass for and insert your park ticket at a FastPass machine.  Generally, the machines will be right next to the attraction and they will be clearly marked.  A paper ticket will pop out.  That pass will have two times on it with an hour between them.  You have to return to that attraction within that hour-long window and then you’ll be able to enter the FastPass line after showing your ticket to a Cast Member.  The pass will have smaller font on it, as well.  That smaller font will tell you when you can get your next FastPass.  There is both English and Japanese texts on Tokyo Disney Resort FastPasses.

As I said, guests aren’t allowed to get another FastPass until that time in the small font says.  Aside from that restriction, you can get as many FastPasses as you please.  FastPasses are only available during standard park hours.

Now what is that about a lottery?

Tokyo Disneyland and DisneySea both utilize a lottery system for popular shows.  In no way does it affect getting FastPasses even though the process is similar.

Throughout the course of the year, Tokyo Disneyland offers different shows that will use the lottery system.  We recommend trying to ‘win’ the lottery for each one.  Again, it will not affect FastPasses in any way.  The lottery machines will scan tickets and then will tell if you won or not on the screen.  If you did win then a ticket that is essentially a FastPass will come out.  Take that to whatever show (and time) you won the lottery for and you’re good to go. 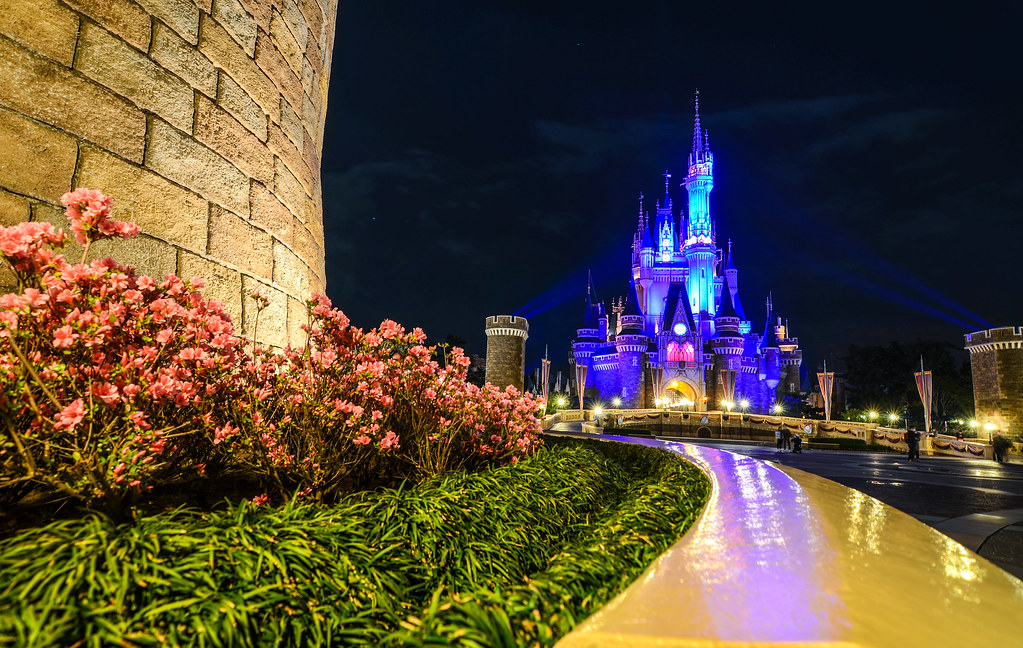 The lottery is simply a way to help crowd control.  When crowds are very high then the lottery is useful and will minimize waiting in line.  The lottery machines at Tokyo Disneyland are located close to Monsters, Inc. Ride & Go Seek.

Now that we made it through all of the stuff you probably understood before reading this, let’s get to the FastPass strategy.  If for some reason you decide that you don’t want to just watch Country Bear Jamboree all day then here are the attractions that offer FastPass at Tokyo Disneyland:

With Tokyo Disneyland’s impressive slate of attractions, utilizing FastPass is essential to getting a number of attractions done.  Tokyo Disneyland sees the biggest ebb and flow with crowds, with busy seasons being extremely crowded and off-seasons feeling very empty.  Going to the parks during a busy season will have the FastPasses running out pretty early.  If you are able to go to the parks during a less busy time then getting on to attractions and getting FastPasses throughout the day will be simple. 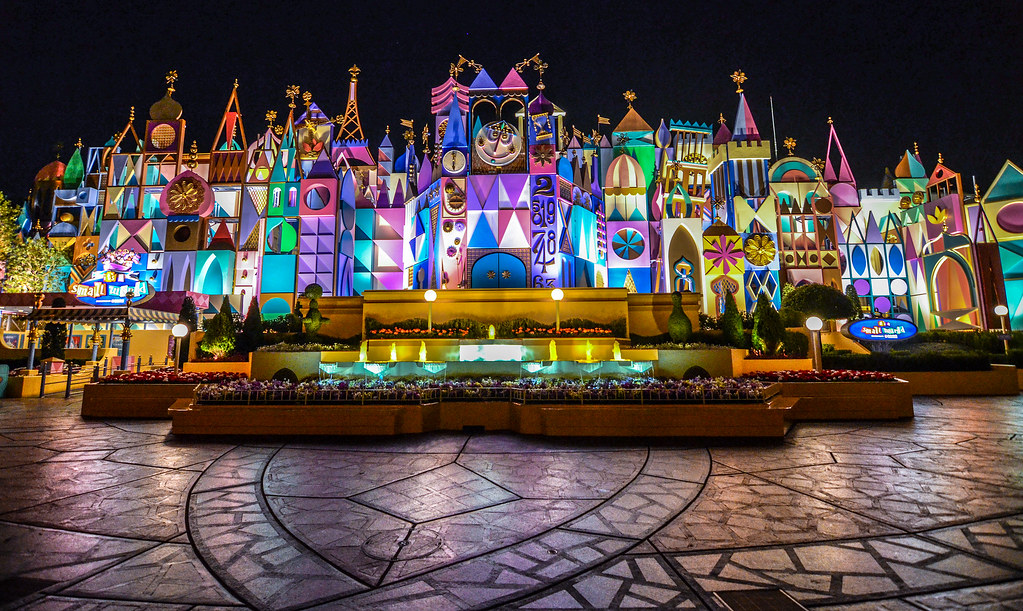 Three attractions that aren’t as necessary to get FastPasses for are Buzz Lightyear Astro Blasters, Star Tours: The Adventure Continues, and “it’s a small world”.  Buzz is mostly the same as the attraction stateside and might not even be worth going on in the first place if you have limited time.  Star Tours falls in the same boat and doesn’t draw the crowds that other attractions on this list do.  “it’s a small world” is slightly different as the attraction has recently been refurbished and that means the crowds have been a little higher as of late.  Eventually, it won’t be a necessary FastPass.  For now, if it’s available later in the day then it will be worth grabbing.

Haunted Mansion is a popular attraction but has a high-capacity so the line moves pretty fast.  If it gets later in the day then it might be worth FastPassing but sticking it out in the standby line shouldn’t be too bad. 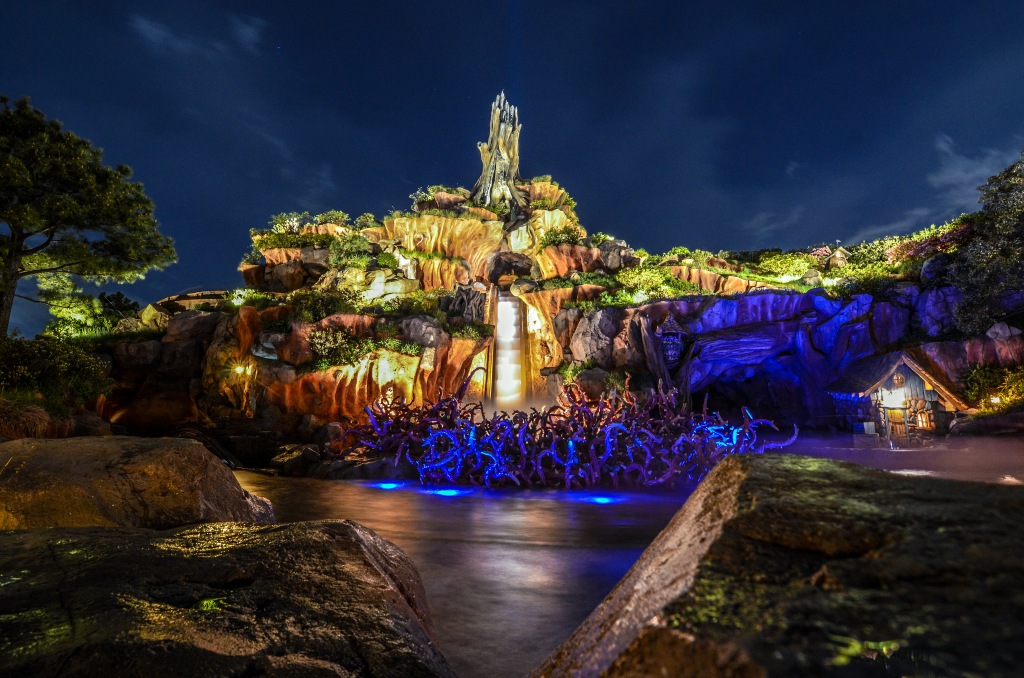 The two highest attractions on this list are original to Tokyo Disneyland.  Pooh’s Hunny Hunt is easily the most popular attraction and should be a main priority.  Monsters, Inc. Ride & Go Seek falls right behind that.  There are a couple of ways to go about this.  You could always rush to one in the morning for the standby line and then get a FastPass for the other.  Frankly, I’d recommend getting a FastPass for Pooh’s Hunny Hunt and then riding it via standby.  Once available, get a Monsters Inc. Ride & Go Seek FastPass.  I think both attractions are worth riding twice so doing standby lines for both early in the morning and using them as your two FastPasses is well worth it. 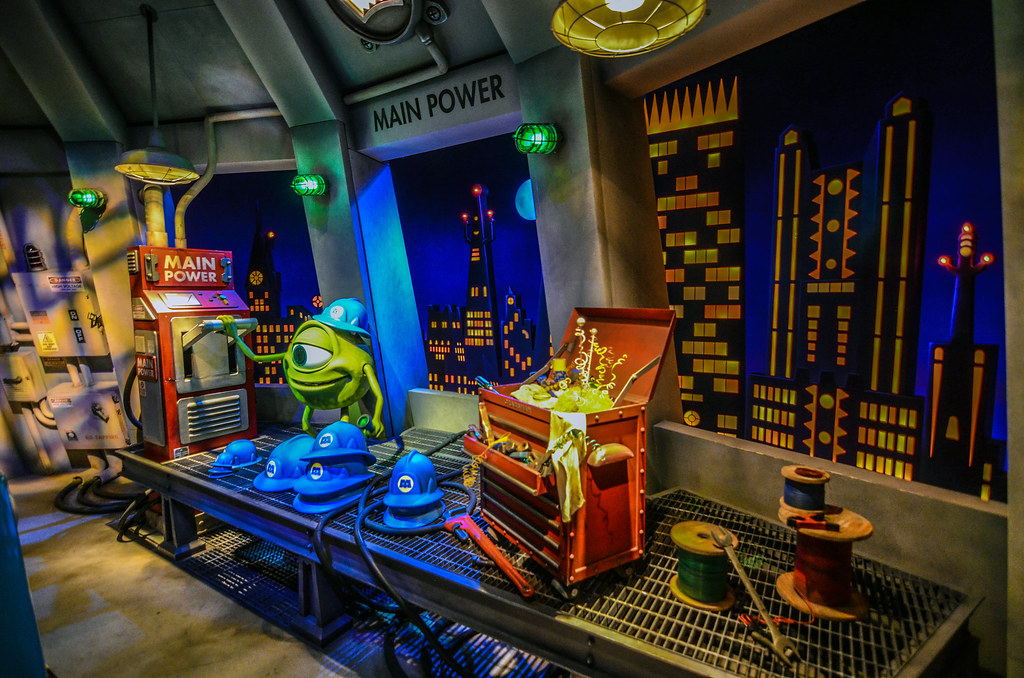 With any of my advice, all of this depends on personal preference.  For example, if you (for some ridiculous reason) don’t like Splash Mountain then don’t worry about FastPassing that attraction.  Here is a ranking of all the options to FastPass at Tokyo Disneyland: 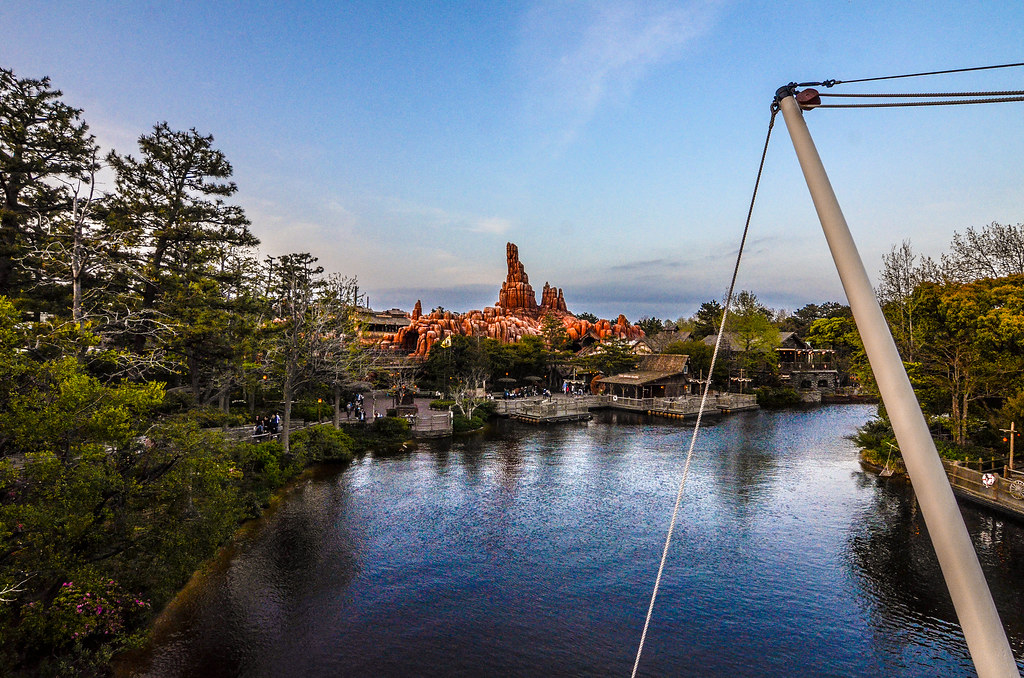 That does it for our Tokyo Disneyland FastPass Guide.  We will try to keep the post updated as the park changes over the years.  If you have any thoughts or questions about this FastPass Guide or Tokyo Disney Resort then let us know in the comments.  To hear more about our travels in Japan click here.  If you enjoy what you’re reading please subscribe to the blog and like our social media pages which you can find on the right side of this page.  Thank you for reading, we really appreciate it!