Places to rest in Disney Parks

When starting a blog, topics seem limitless.  All of these noble series ideas come to mind and posts basically write themselves.  Then, all of a sudden, three years has passed and the realization hits that you haven’t written a post in that series for about two years and 11 months.  Fear not!  This long-lost series has returned! 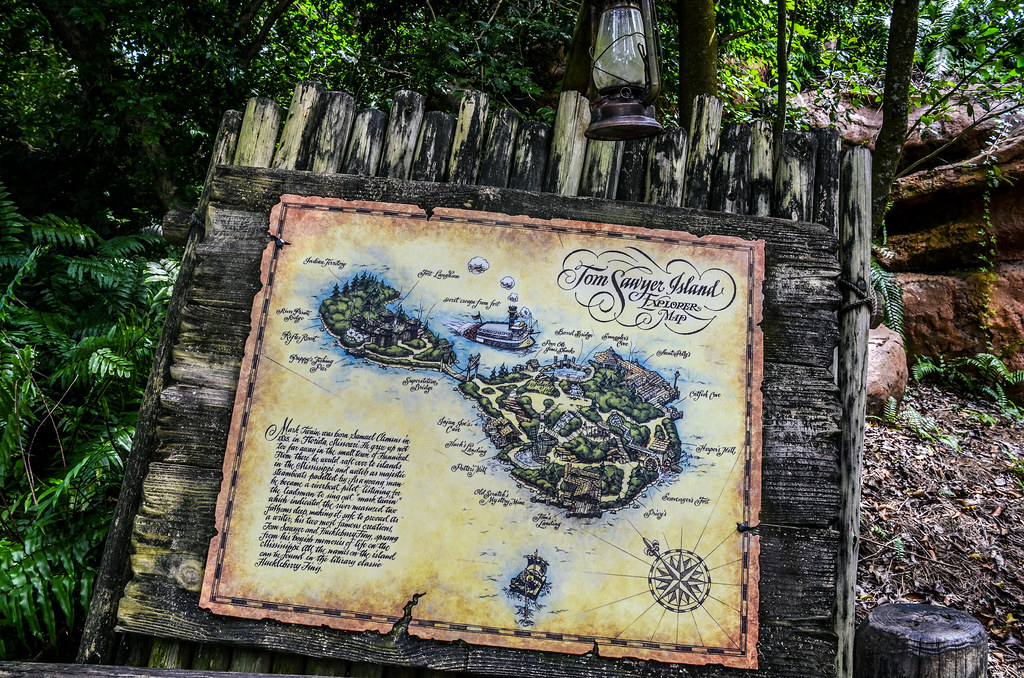 The ‘Favorite Quiet Places’ series is a nice idea (don’t mind my self back pat) in that everyone is looking for a little break from the huge crowds that the Disney Parks pull in.  On the other hand, the series isn’t a great idea because there really aren’t that many quiet places in the different Disney Parks.  Generally, the quiet places are quiet for a reason.  That certain area looks worse or has no attractions.

Still, no thanks to blogs like this that tell people all about them, there are still hidden gems around the parks that guests can escape the hustle and bustle.  In case you weren’t reading this blog nearly three years ago this series has included the Japan Pavilion’s gardens (Epcot), Animal Kingdom’s trails, and a Cars Land path (California Adventure).  Today, we’re moving on to another area that is included in both Disney World and Disneyland – Tom Sawyer Island.

That’s not to say both parks have the same Tom Sawyer Island (I prefer Magic Kingdom’s version because I don’t love the pirate tie-ins at Disneyland) but they do have similar virtues.  Tom Sawyer Island is a vestige of adventure.  Instead of a simulator, this mini-land is built to explore and wander freely, without worry.

The route to Tom Sawyer Island is old-fashioned in its own right.  Floating between the island and the main land is this little wooden raft.  Now, this isn’t one of those quiet places.  Usually they pack this raft as full as possible and aside from the ride only being about a minute, it isn’t all that pleasant.  Once on the island though,
Tom Sawyer Island really is different from the area where you just came.  No more rushing to attractions or getting ran over by strollers. 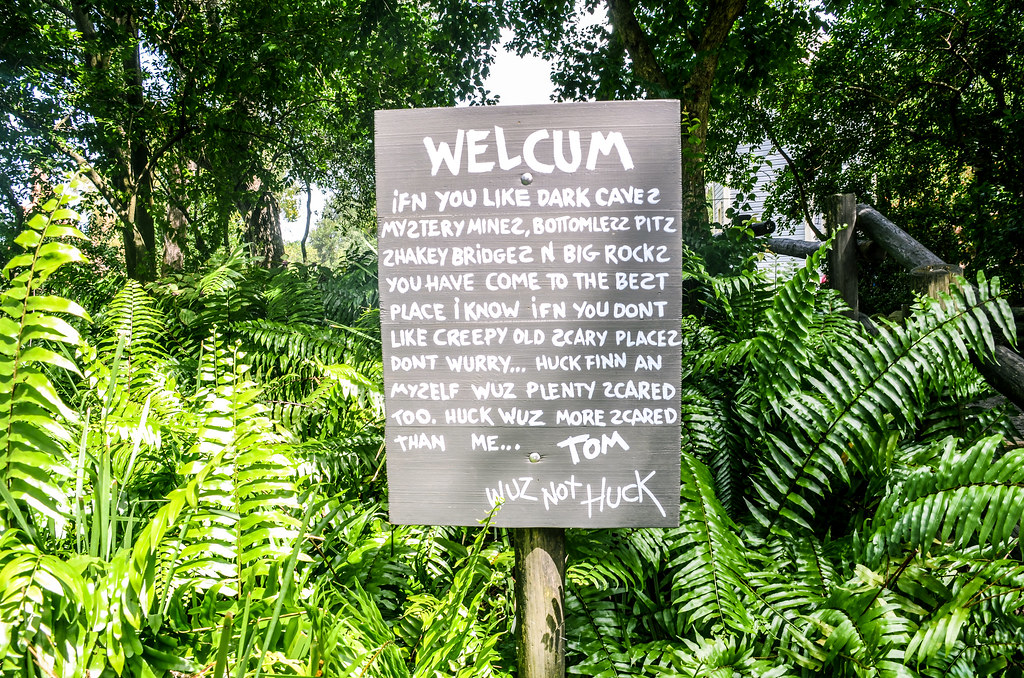 Regardless of Disneyland or Disney World, I like to go clockwise around Tom Sawyer Island in a big loop.  While I don’t often explore the caves now, walking through them can be fun.  Instead I like to slowly make my way around the outskirts on the dirt path.  As with anywhere in Disney Parks, the foliage is quite beautiful and well maintained.  Unlike other places in the Disney Parks, here you can actually stop and enjoy it without feeling like you’re in someone’s way.

Old wooden buildings are strewn across the island, most of them paying homage to its namesake.  If you are a big Tom Sawyer or Huck Finn fan there are plenty of tie-ins to explore.  My favorite is a rather obvious one – a fence with a little spray paint graffiti on it.  I believe this is only in Magic Kingdom. 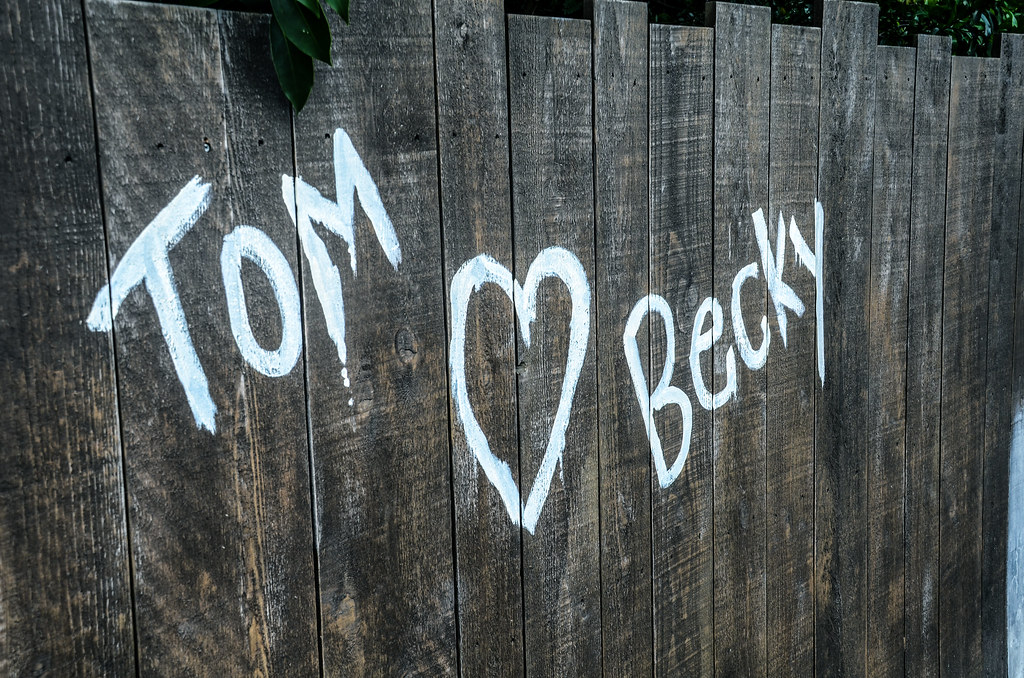 Details are not overlooked as anything with a tie-in to Tom Sawyer is usually done from the standpoint of Tom writing it.  All of those signs have misspellings throughout them.

Over in Disneyland, Pirate’s Lair on Tom Sawyer Island is filled with a few tie-ins to the Pirates of the Caribbean franchise.  As I stated before, I’m not a huge fan of these additions but they aren’t very intrusive don’t affect the overall experience. 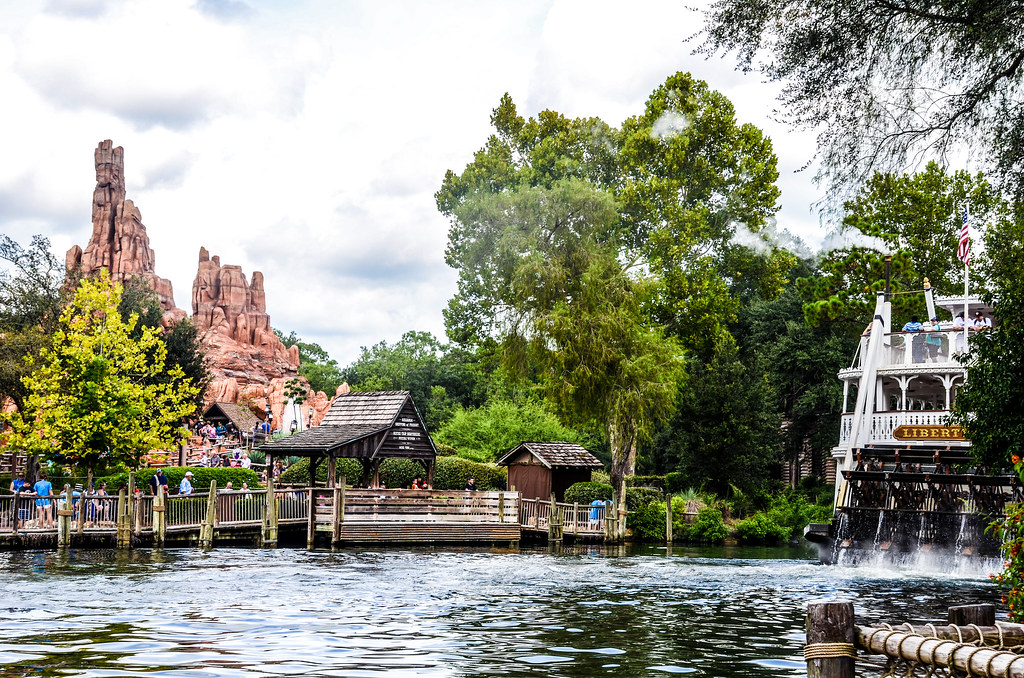 On the opposite side of Tom Sawyer Island from where guests get on and off the raft is the most playful part.  A barrel bridge floats and shakes above the water as guests try to cross.  While there is an easier path, this bridge is fun and, while probably the most popular aspect of the island, is typically not crowded.  Shortly after this bridge comes a beautiful wooden water wheel in Harper’s Mill.  I enjoy slowing down and seeing the system at work.  The sound of running water relaxes me so this combined with the lake takes some of the edge off from rushing around a busy theme park. 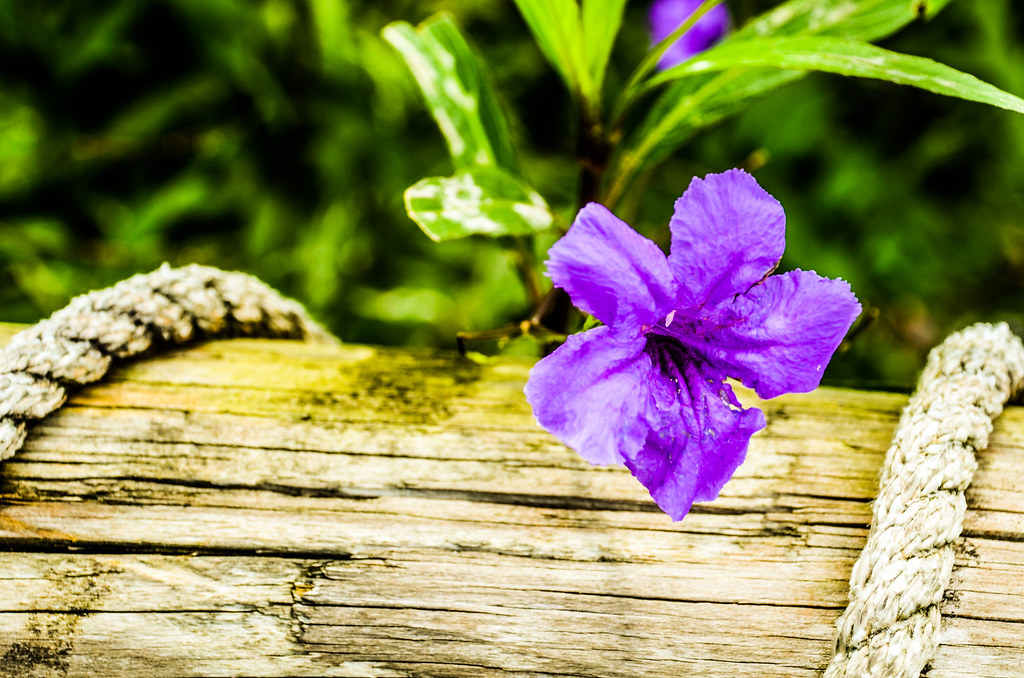 My ideal Tom Sawyer Island experience is doing a loop around the outskirts and then stopping as I’m near where the raft picks guests up.  There are wooden patios and typically some shade to be found.  Sitting in this area and watching the river boat pass, seeing the different lands and hearing the water flow is as relaxing as Disneyland and Magic Kingdom get.  Likewise, if you like to take photos then this a great area to do it.

When I first started the Favorite Quiet Places series a few years ago the intention was to write about places people didn’t know about or take time to discover.  I’d wager that most people have heard of Tom Sawyer Island in Disneyland or Magic Kingdom but I think that the area is skipped over.  I’ve skipped a few times.  But, if you are in need of a break and want to relax for a while there is no better place to do it than Tom Sawyer Island.  Ride the raft, walk for a bit and then soak in the sights and sounds of a time gone by.

What are some of your favorite quiet places in Disney Parks?  Let us know in the comments!  Thank you for reading Wandering in Disney, if you enjoy what you’re reading please subscribe to the blog and like our social media pages.  You can do both of those things on the right side of this page.  Have a great day!