Disney Movie Magic is a projection show at Disney’s Hollywood Studios.  The show celebrates Disney’s catalog of live action movies, projected on to the Chinese Theater every night before Star Wars: A Galactic Spectacular.  Typically the show is at 8:30. 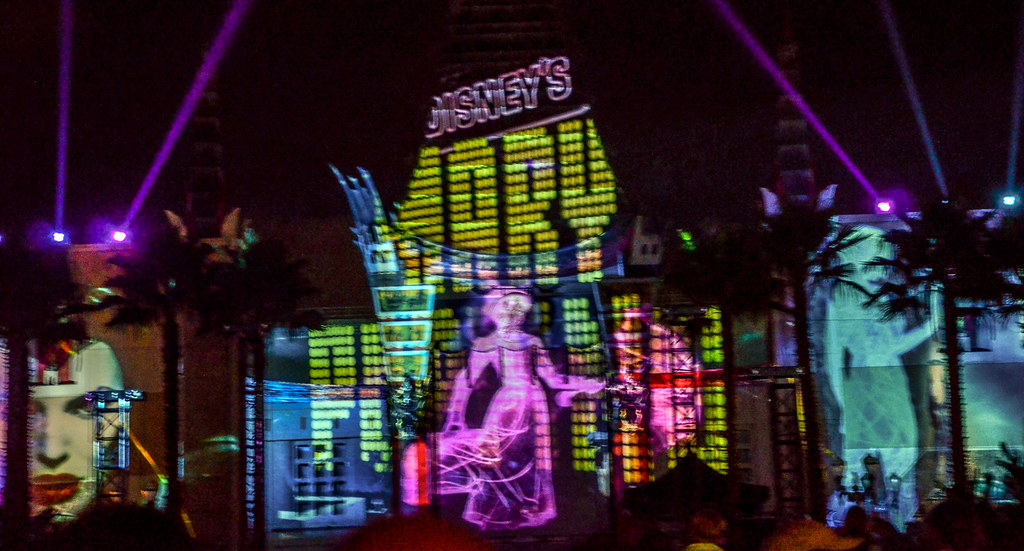 Disney Movie Magic isn’t going to be the highlight of your trip, but it is exactly the type of show Hollywood Studios needs.  Movie Magic begins with a quick trip into Disney’s past, showing Walt before a quick trip through Disney’s live action catalog.  Like Star Wars: A Galactic Spectacular, the projections are sharp and utilized not just on the Chinese Theater but on the surrounding theaters.

A highlight of the show happens nearly right away when the chimney sweepers from Mary Poppins appear and do their step in time dance.  A theme throughout the show is the movies that are timeless really work while the other franchises leave something to be desired.  Mary Poppins, with the timeless soundtrack, is an obvious fit for Disney Movie Magic.

Another of my favorite moments was Guardians of the Galaxy segment.  Since the movie relies so much on music and has a bit of a 70’s vibe to it, watching this segment almost feels like a trippy music video. 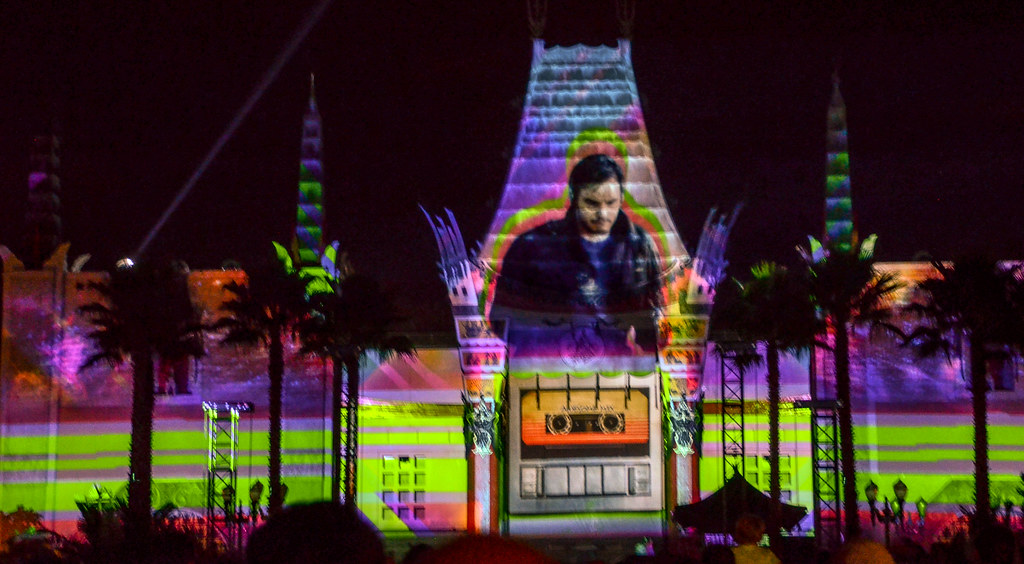 There were a few moments in Disney Movie Magic that didn’t work as well.  Showcasing the newest Tron (Tron Legacy) movie is a somewhat curious choice.  I’m all for listening to Daft Punk but I’m not sure anyone remembers Tron Legacy.  The same goes for any Pirates of the Caribbean clip outside of the first movie.  Still, neither of these clips were egregious and didn’t throw off the rhythm of the show. 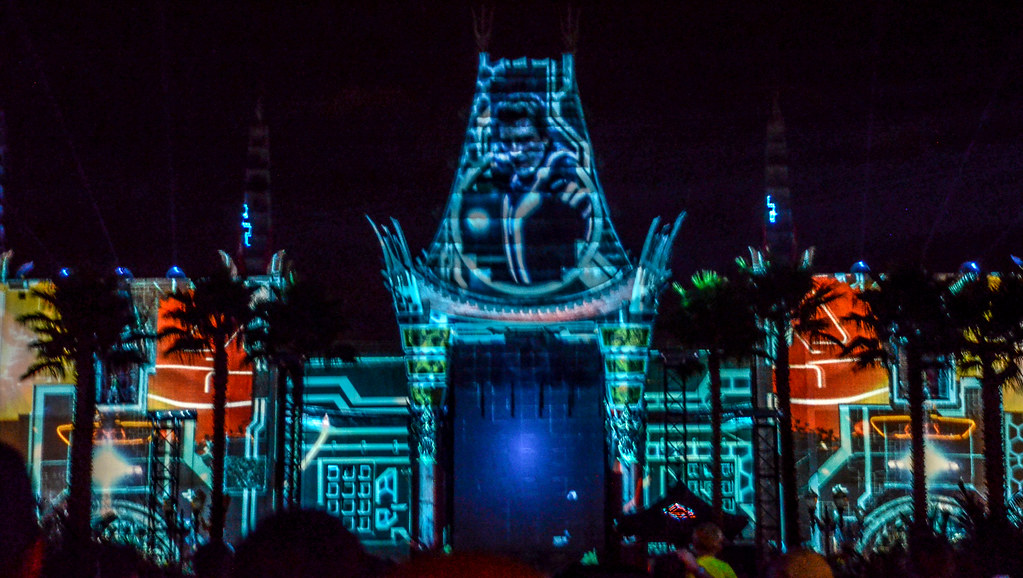 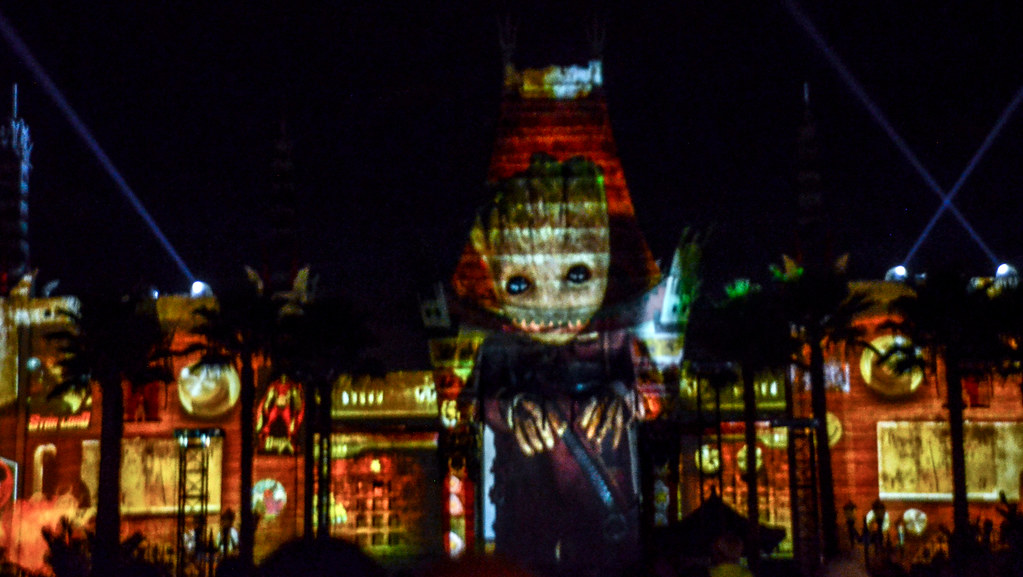 With that said, Disney’s Movie Magic is simply a prelude to Star Wars: A Galactic Spectacular.  This isn’t something to plan your day around but instead watch as you wait for the big show to start.  That is exactly the type of show (along with things like Pixar Live!) that Hollywood Studios should add.  One that is high in quality but not billed as a headliner.

Overall, Disney’s Movie Magic is a pleasant surprise that is really enjoyable to happen upon.  While I wouldn’t plan my day around seeing the show, this is one of the best things Hollywood Studios offers. 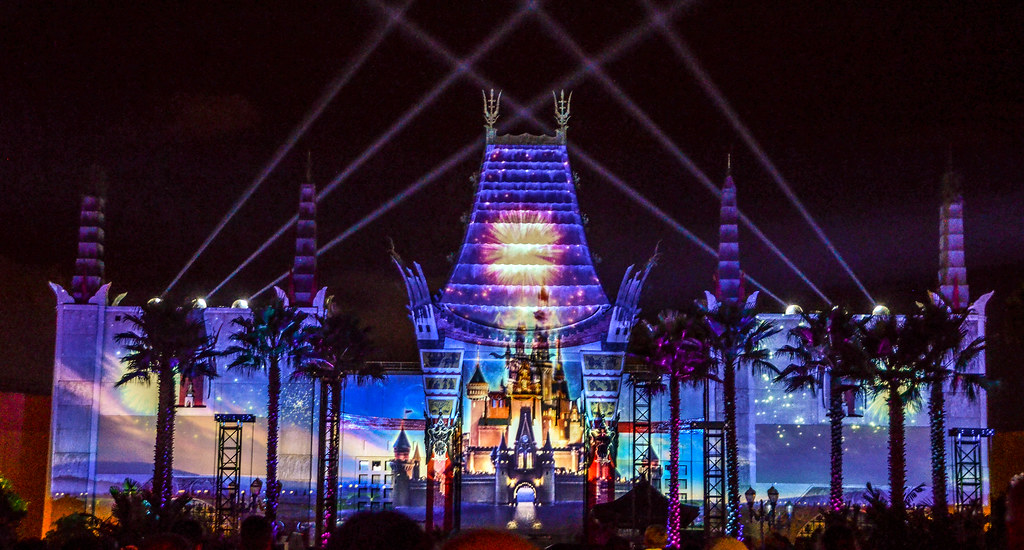 Have you seen Disney’s Movie Magic?  What were your thoughts on the show?  Let us know in the comments.  Thank you for reading Wandering in Disney, if you enjoy what you’re reading please subscribe to the blog and like our social media pages.  You can do both of those things on the right side of this page.  Have a great day!