We move ahead in this glorious series to Disney’s Animal Kingdom after spending some time in California Adventure and Disneyland.  If you missed previous installments of this series just click on the corresponding park to catch up! 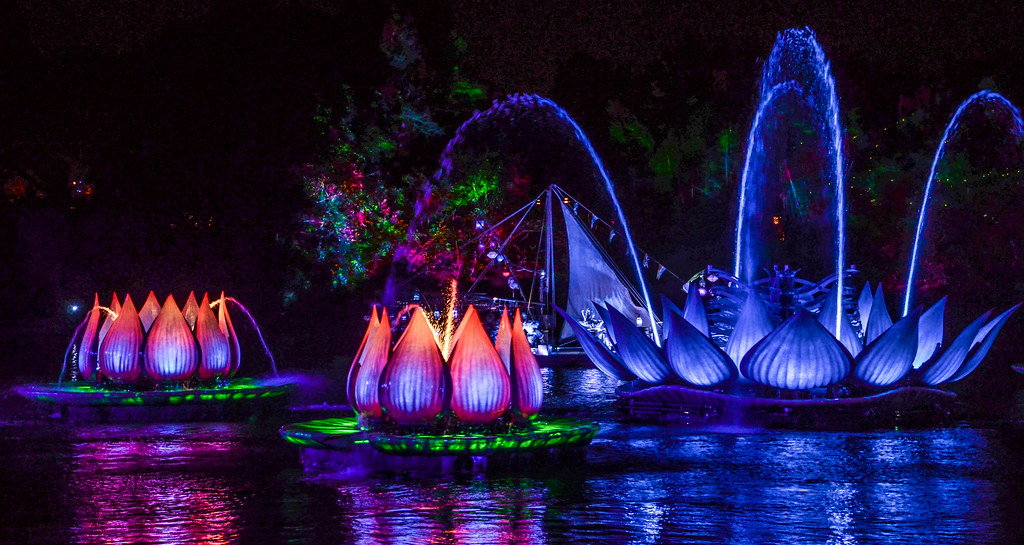 Attractions are just one part of theme park experience.  Live entertainment can help to balance out a day full of rides.  Disney’s Animal Kingdom is no stranger to live entertainment.  Even while the attraction lineup could use a few additions, there has been no shortage of stage shows in the park.  Before we get to rating the shows, let’s brush up on the rules. 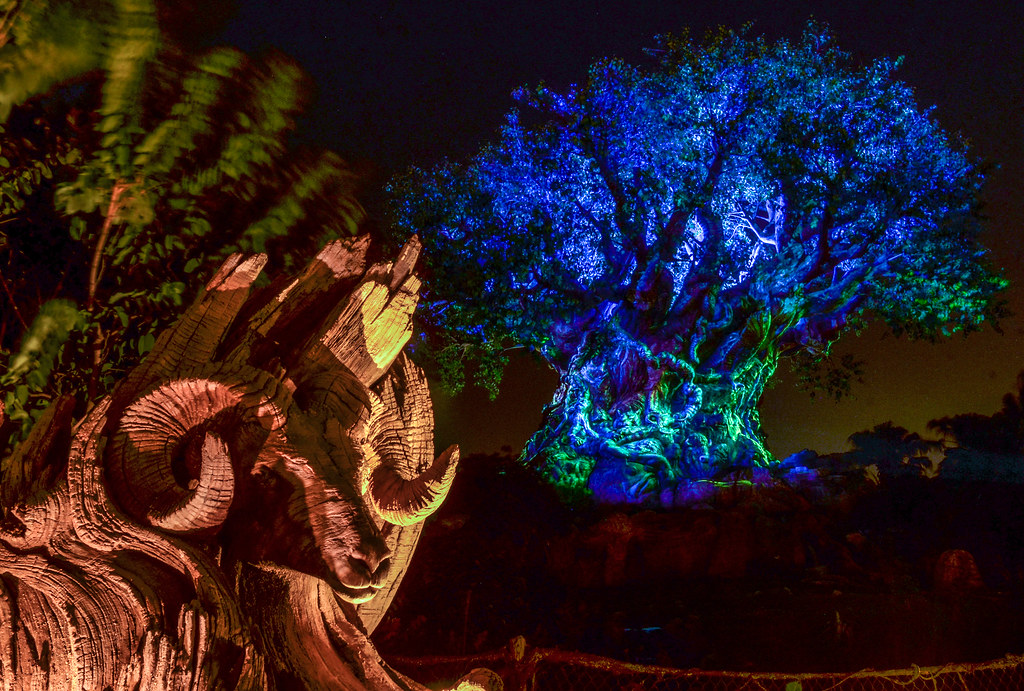 The shows are rated on a scale of 1-10, 1 being “you’d be better off renting a clown for a solo show on your 50th birthday then seeing this” and 10 being “a yeti might start chasing you if you don’t see this show.”  We’ll go in alphabetical order.

When Animal Kingdom started adding evening hours to the park, they launched a whole slew of fresh entertainment.  Burudika was one of those acts.  This band plays at the Harambe Street Party and plays African-pop hits.  They are energetic and perfect atmospheric entertainment.  Whether you’re browsing the shops or dancing right in front of the stage, you will enjoy Burudika.  This is a fairly high rating but, while I think it is fun to see them, I don’t go out of my way to see them.  Basically, if you’re at Animal Kingdom in the evening the chances are that you’ll happen upon this group playing and you have to be a Scrooge not to like them.

There are several events that happen in this party.  The Viva Gaia Street Band performs a couple of times in the late afternoon/early evening.  They are a high energy act but not in the annoying dance party way.  This feels far more organic and the music fits the area.

While the band plays there are often dancers on stilts and a good group of people dancing and enjoying the music.  Again, this is the most natural dance party Disney does.  Even if you aren’t a fan of dancing, watching the performances is well worth your time.  While Animal Kingdom often has a more serious tone, this and the Harambe Wildlife Parti are beautiful and energizing. 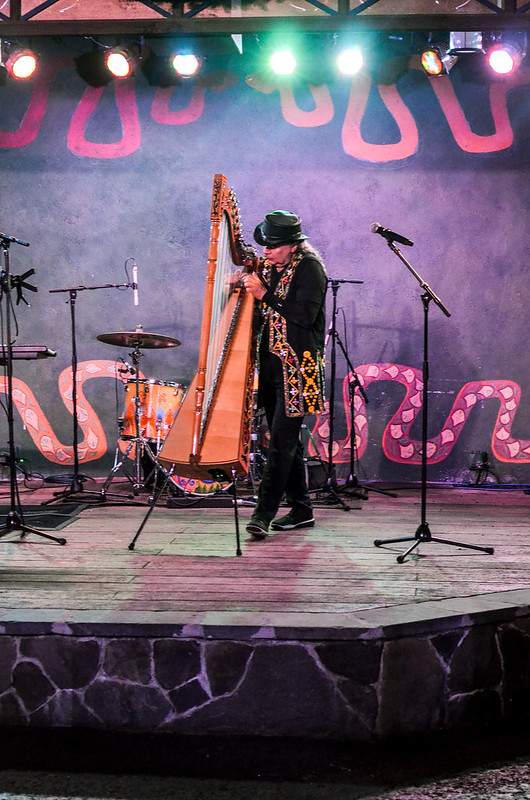 The last of the Carnivale is one of my favorite acts in all of Disney World, a harp player.  I’ve never particularly listened to the harp until I was standing by Flame Tree Barbecue one night and this guy took the stage.  Preconceived notions of the harp being a slow, peaceful instrument were left behind when this energetic music filled the air.  I was as impressed by this musician as any I can recall at Disney.  If you are interested in music at all, I’d make a point to go see the harp player.

This is my favorite stage show in a park.  Like the parties, this show is a celebration with a loose theme built around the Lion King.  This festival takes on more of a variety show as there are stunts mixed with incredible vocal performances.  The theater that houses the show is impressive in its own right.  I won’t say anymore because I don’t want to spoil anything, don’t miss this show.

Finding Nemo – The Musical is a fine show, retelling the story of Finding Nemo with songs.  Some of the songs are good but otherwise the show is fairly forgettable to me.  One big perk is that the show building is the coolest place (temperature wise) in all of Animal Kingdom.  Unfortunately, there isn’t much more to it than that.  I do think it’s worth seeing once, especially if you are a big fan of the film.  Otherwise, it’s somewhat of a mixed bag.

This is an outdoor (but shaded) stage show featuring birds from all over the world.  Your thoughts on it will likely depend on how much you enjoy learning and watching animals.  The show is very informative while still being enjoyable for young ‘uns.  Guests can get very close to the birds as they often fly overhead.  Flights of Wonder is like a local zoo show, in that it’s very animal based without much plot, but with much better production, acting and sights.  This is often overlooked and it shouldn’t be, I really enjoy this one. 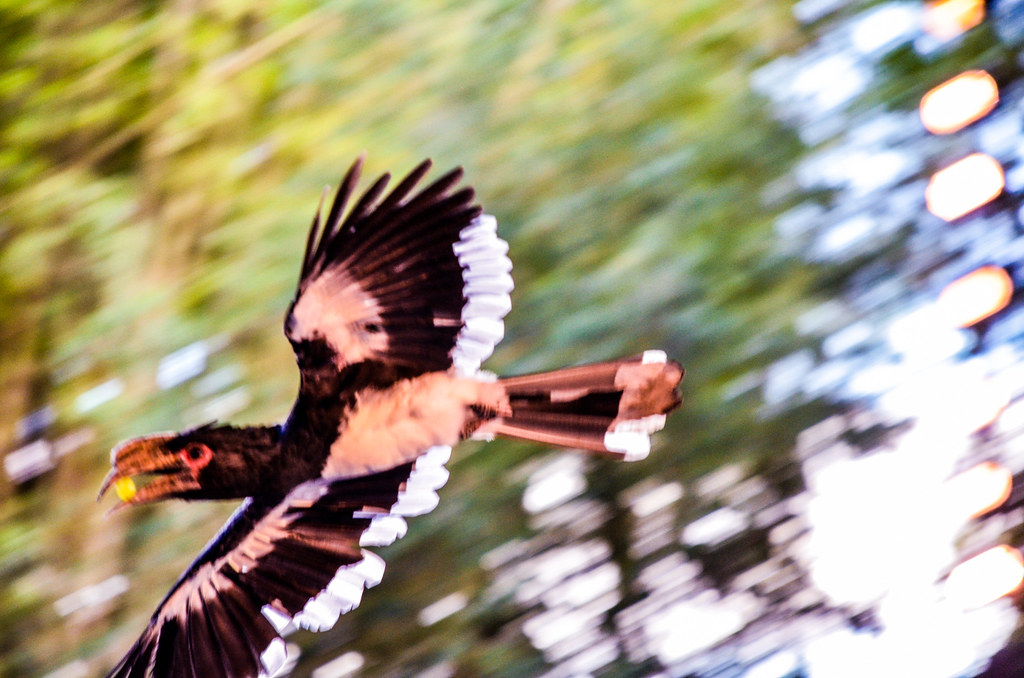 This party kicks off with the aforementioned Burudika.  Into the night the Harambe Wildlife Parti features two other acts – the Karibu Sisters and Harambe Village Acrobats.

The Sisters are a great act that is mostly acoustic and drum based.  They dance and sing, but are still energetic even without much music.  This trio is incredibly talented and I could listen to them all day.  They are wonderfully interactive, as well.

The Acrobats are very fun to watch as they tumble, dance and drum.  This group is a little harder to catch than the Karibu Sisters but if you happen upon them definitely stop to watch for a few minutes.  As with all of these parties, I’m not sure I’d make a hard-locked plan to go to them but rather end up at them naturally.  The authentic energy is very inviting at the Carnivale and the Wildlife Parti.

Rivers of Light is Animal Kingdom’s nighttime spectacular.  The show is absolutely beautiful and fits in with the theme of Animal Kingdom.  Rivers of Light is on the Discover River and consists of water projections, floats and a few other little surprises. As I said, the show is beautiful through and through.  From the music to the floats to the loose plot, Rivers of Light will leave many very pleased.  With that said, some would argue that the show doesn’t have any jaw-dropping moments and that takes away from it especially compared to other Disney nighttime spectaculars.  For me, I like the different pacing that this has and really enjoy the show.  I certainly understand where the complaints are coming from though. 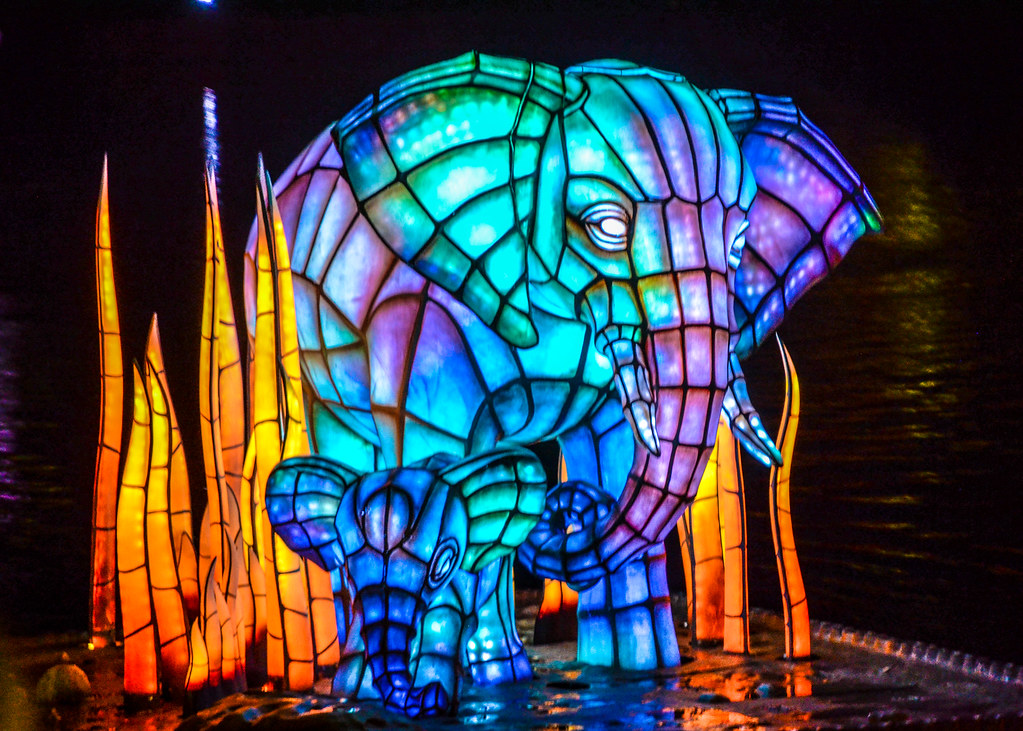 To be perfectly honest, I’ve barely seen this group aside from passing by.  They play in the morning in Harambe and haven’t left me with a distinct memory.  Their shows are short and they are talented, this just isn’t as compelling to me as other acts in Animal Kingdom.

Tree of Life Awakenings is perfect for what it is.  Around closing time, the Tree of Life will light up.  Eventually, animals start to move on it.  After that we get a short story about the animal told through projections on the tree.  Most of the stories are subtle and beautiful.  These look stunning and the stories are heartfelt.  If you’re expecting an extravagant show then you may be disappointed but if you are looking for a perfect way to cap off your day, this is it.  I like to end up by the tree right about closing time and then watch 3 or 4 of these stories.  Tree of Life Awakenings is a perfect envelopment of what Animal Kingdom is.  Don’t miss this. 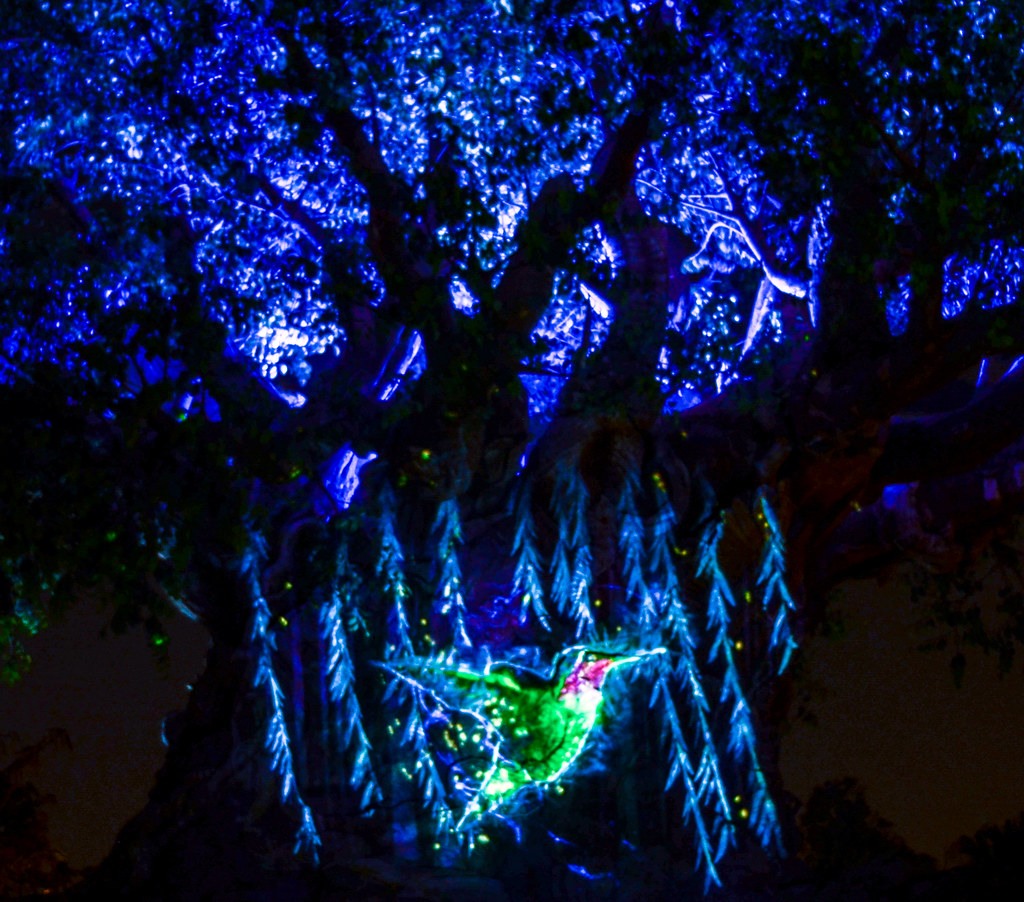 There are a few other items around the park.  There is a no drum show in Pandora that happens throughout the day.  I’ll be catching that in a few weeks.  There is also Winged Encounters which is hard to find but is amazing if you do.  This is another little bird show.  There’s plenty to be found at Animal Kingdom by just exploring, including live entertainment.

Animal Kingdom has a subtle nighttime show and no parade.  You wouldn’t think that would bode well for the live entertainment at the park but that is far from the truth.  In fact, this park has my favorite live entertainment.  There are two great stage shows, the best atmospheric entertainment in all 6 U.S. Disney Parks, a beautiful nighttime spectacular, and one of the most subtle and beautiful projection shows I’ve ever seen.  I could go to Animal Kingdom and just see the shows and have a great day.

What do you think of Animal Kingdom’s live entertainment?  Let us know in the comments!  If you enjoy what you’re reading here on Wandering in Disney, please subscribe to the blog and like our social media pages.  You can do both of those things on the right side of this page.  Thank you for reading, we really appreciate it!