Last week we started a new series, rating the shows at each Disney park.  We started with California Adventure and today move on to Disneyland. 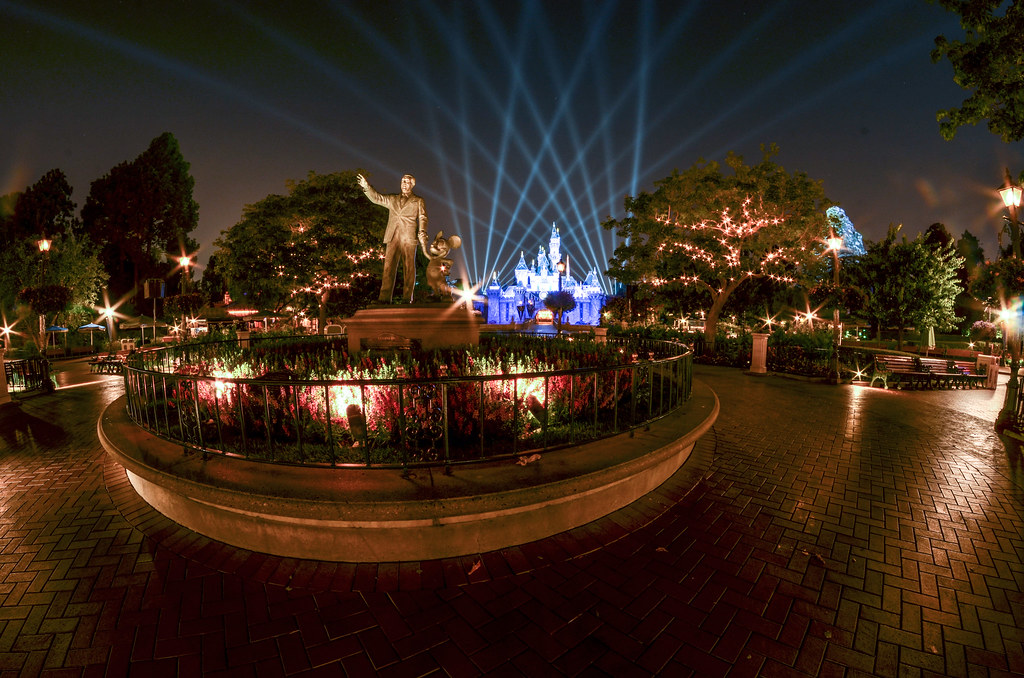 Live entertainment is a big part of the theme park experience that can help balance out a ride-heavy itinerary.  Disneyland, being the original park, has gone through loads of entertainment in the last 60+ years.  While we won’t go through every show in Disneyland’s history (I’d like to sleep at some point this week) the park still has more live entertainment than most.  This, along with the impressive attraction lineup, really help spread out the people. Before we get to the ratings, let’s brush up on the rules. 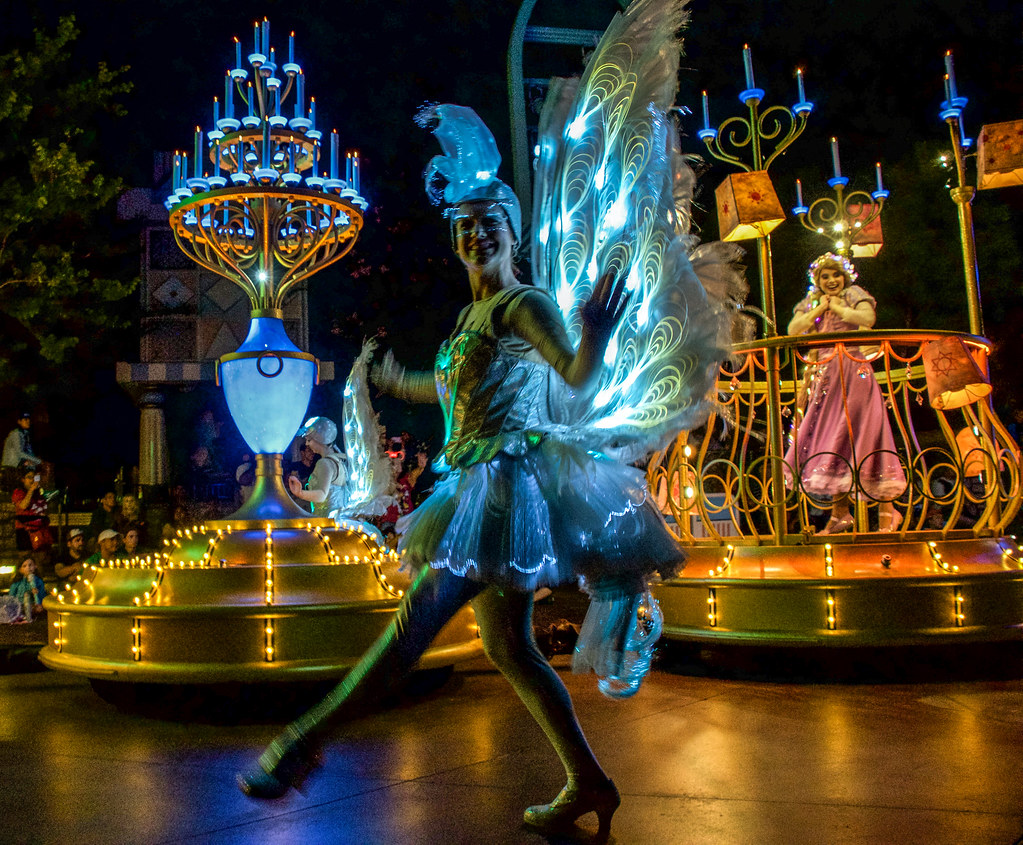 The shows are rated on a scale of 1 to 10, 1 being “stay away!” and 10 being “I question your intelligence if you never see this show.” I’ll list the attraction, then the ranking, followed by a little explanation below.  Fantasmic!, Paint the Night parade, and Mickey and the Magical Map are all currently under refurbishment of some kind but I will include them anyway.  We’ll go in alphabetical order.

Probably the most famous of Disney’s ‘streetmosphere’ entertainment.  If you’ve never had the pleasure of coming across The Dapper Dans singing on Main Street I’d suggest making a plan to hear a set.  The vocal quartet sings a mix of old and contemporary songs a cappella.  The reason the score isn’t a little higher is because I do think the novelty wears off to a degree after a few experiences.  That’s not to say it isn’t pleasant every time, just not a must-do for every single trip.

Not much can beat sitting on the Rivers of America and watching Fantasmic!  This is one of the quintessential Disney nighttime experiences.  While I haven’t seen the updated show yet (it opens July 17th) I have a hard time seeing how this can drop from a perfect score.  There may be things to nitpick but the overall experience is beautiful and the best story of any nighttime spectacular.

At about 5 PM each day, they lower the flag on Main Street in a special little ceremony featuring the Disneyland Band and the Dapper Dans.  The show honors veterans and current members of the military.  While not as flashy as any show on this list, the ceremony is extremely well done and a special moment for any to watch.  If you’ve never seen it before, I think you’re likely to enjoy yourself as long as you aren’t expecting some big production.

I’m not the target audience for Jedi Training, seeing as I’m an adult without kids.  With that said, even I stop to watch because it’s such a fun show.  In this show, a Jedi trains a group of kids (who need to sign up ahead of time) in the way of the force.  They all end up battling Darth Vader (or some Star Wars villain) by the end of the show.  The production value is high and the show is a lot of fun.  Especially for families with kids, I absolutely recommend it.

This parade has one thing going for it – nostalgia!  That’s not the best recipe for success but I understand it.  Main Street Electrical Parade holds a special place in many people’s hearts, including mine, but the parade is tired and lacking in technology.  Some of the floats are still fun and exciting but, in the big picture, the parade needs to be retired.  One last run in its original park doesn’t hurt anything though and if you are a Disney nostalgic then go see it.

Mickey and the Magical Map is a stage show in Fantasyland.  The show is about Mickey becoming some great painter(?) and goes into small vignettes from specific Disney movies, including Jungle Book and Princess and the Frog.  The soundtrack is a blast and the acting is superb, as usual.  This show includes King Louie dancing around on stage and for that it gets a 10/10 from me.  Since I’m supposed to be somewhat impartial, I’ll give it an 8/10 because of the convoluted plot.  This is a perfect place to relax in the middle of a hot afternoon.  This isn’t a must-do but a really good show. 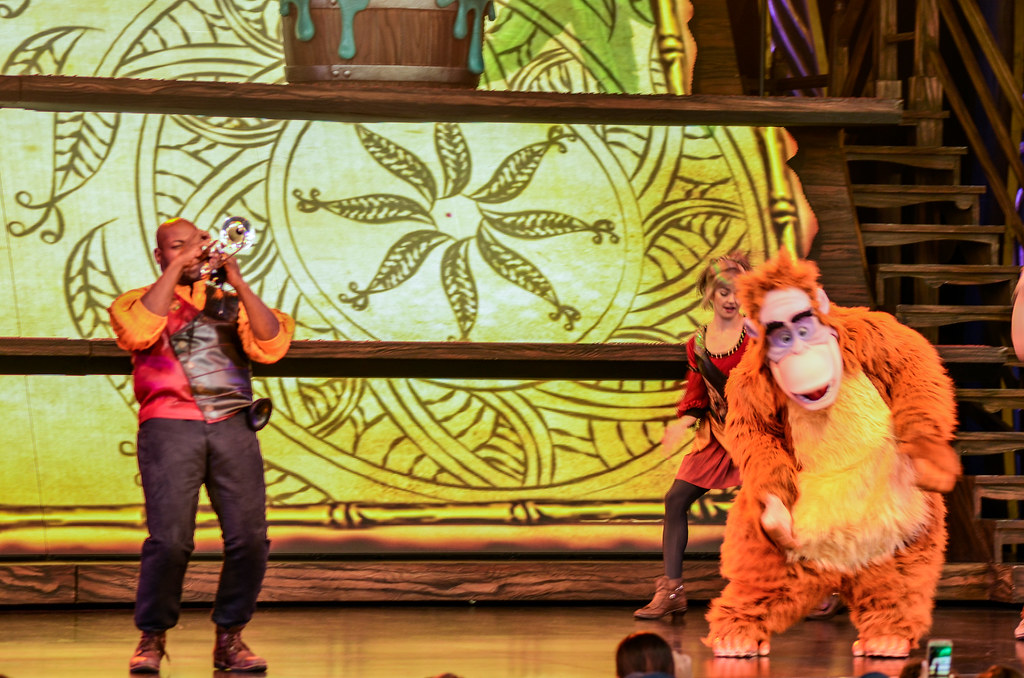 This is a daytime parade that I’m not a fan of.  The floats don’t wow me, the characters don’t excite me and the soundtrack is just so so.  I would give it an even lower rating but my wife likes it fairly well and I’m fairly tough on parades as is.  If you’ve never seen it before and like parades then watch it, otherwise this is skippable.

Paint the Night is currently on hiatus but I expect to see it back somewhere at Disneyland Resort in the next few months.  This is the newest nighttime parade and is far more impressive than Main Street Electrical Parade.  It does lack a little bit of heart, but the floats are creative and bright.  If this is showing when you’re at Disneyland, I recommend seeing it. 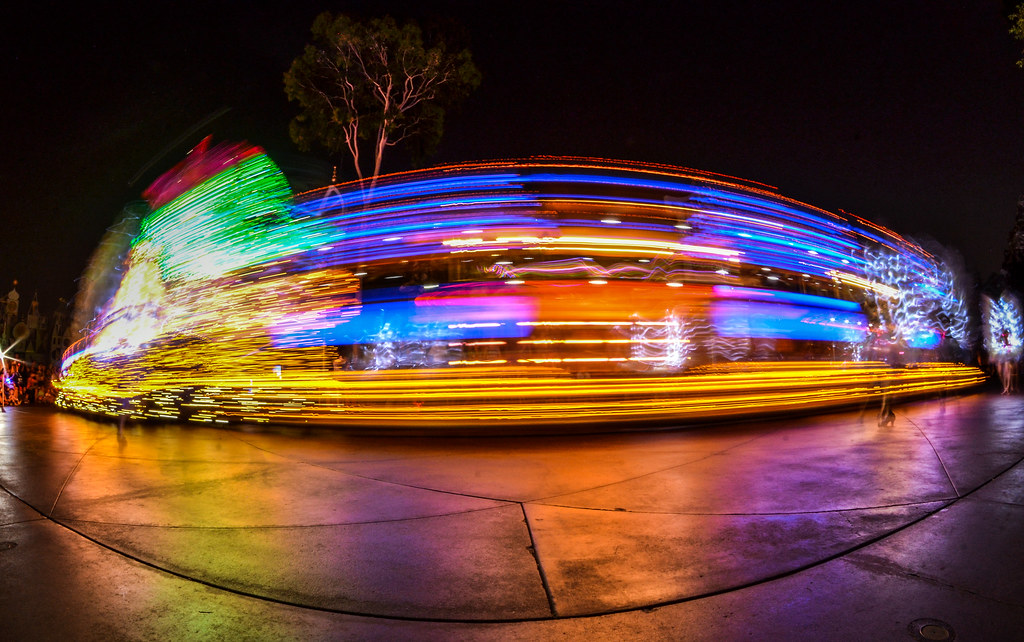 This is my favorite castle fireworks show as far as plot/content goes.  No, it’s not the best pyro that Disney has ever done but I love that the show goes through Disney attractions instead of movies.  For those of us that like the parks better than Disney movies, this is a nice change compared to other nighttime spectaculars.  The way they incorporate different soundtracks to match the fireworks makes for an incredible show that’s not to be missed.

Like the Jedi Training, I’m far from the target audience here because I’m older than 12 and don’t care much about Disney princesses (except Ariel).  With that said, the Storytelling just isn’t enjoyable for me.  This involves narrators retelling classic Disney stories (currently Tangled and Beauty and the Beast) in a quirky way.  Characters make an appearance and there is usually a song or two.  If you have a young princess then I think she’s likely to enjoy this.  Otherwise, I don’t think this is a good use of time.

There are few items that can be stumbled upon in Disneyland.  There are usually some pirates singing songs near New Orleans Square a few times a day.  They are always entertaining and it’s fun to watch their short set.  Speaking of New Orleans Square, getting a bite to eat from French Market and settling in to hear some jazz as the sun sets is a little bit of heaven.  The jazz trio (Royal Street Bachelors) play in the seating area of the French Market.  There is also swing dancing with a live band that plays in the Royal Theatre.  If you’re into swing dancing I imagine this is pretty fun.  I listened to the band play last time we were there and was impressed.  The piano player who plays by Refreshment Corner is always a good listen. 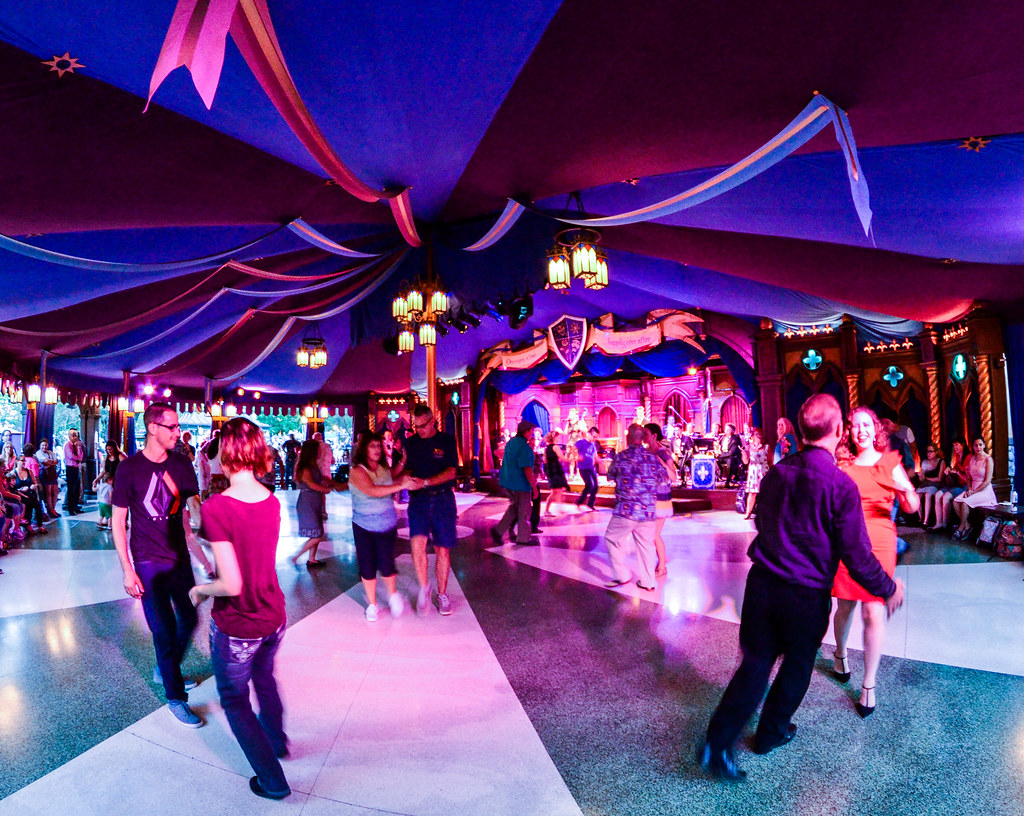 Disneyland has a good amount of live entertainment and none of it scores too poorly.  I think there are options that you definitely shouldn’t miss and there are plenty of ‘streetmosphere’ acts to happen upon.  There is a nice array of live performances too.  Disneyland does entertainment right.

Please let me know your questions and thoughts on Disneyland’s entertainment.  If you enjoy what you’re reading here on Wandering in Disney, please subscribe to the blog and like our social media pages.  You can do both of those things on the right side of this page.  Thank you for reading, we really appreciate it!