Cinderella’s Royal Table is a signature restaurant in Walt Disney World’s Magic Kingdom.  It is located in Cinderella’s Castle and is, without a doubt, a unique dining experience.  The restaurant mainly serves American food – steak, chicken and seafood.  Cinderella’s Royal Table counts as 2 credits on the Disney Dining Plan and accepts Tables in Wonderland and Annual Pass discounts.  This review will cover a dinner we had on our most recent trip to Walt Disney World. 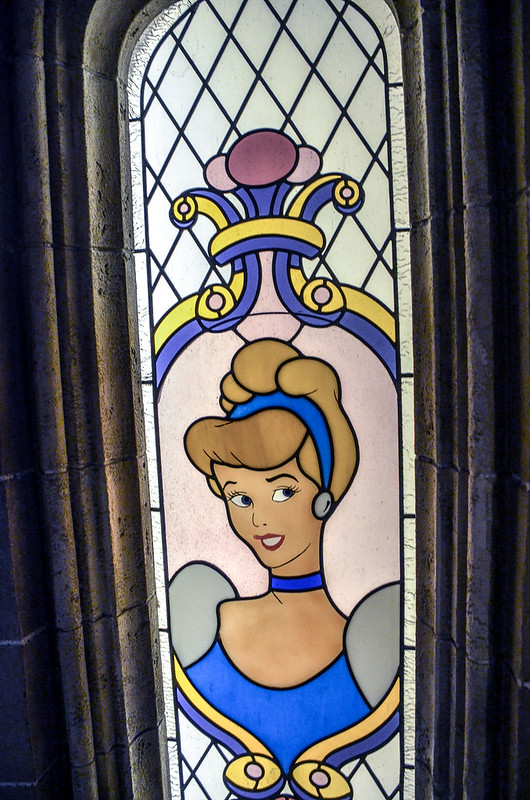 Have you ever dreamed of dining in a castle?  If so, you surely aren’t the only one.  Walt Disney World tries to specialize in making dreams come true, but most dreams come at a price.  In this case that price is quite literal and also quite high.

We arrived under the castle for our somewhat late dining reservation and were checked in almost immediately.  Once checked in, guests get in line for a meet and greet with Cinderella.  This is fairly typical for a character meet (Akershus in Norway also does this) but at Cinderella’s Royal Table it feels a little more fancy.  Most of this is because you are in a castle.  While it would be easy to go overboard with decorations, I didn’t think this area did so.  Sure, there were some really cool props but most of the decor was just to augment the already incredible castle.  The line to meet Cinderella is short but does move fairly slow.  This is actually a good thing, as it means more time for interaction with the princess. 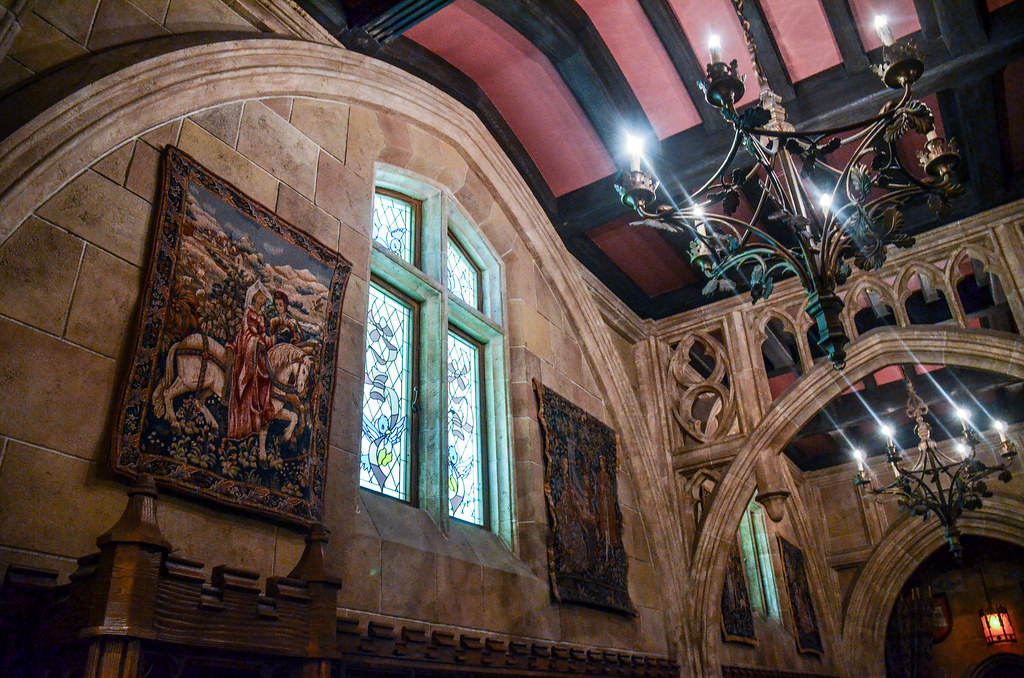 Shortly after meeting Cinderella our name was called to be seated.  They make you feel like royalty when calling out your name and walking you up the stairs.  The environment was elegant and fun although it doesn’t feel extremely fancy, in my opinion. 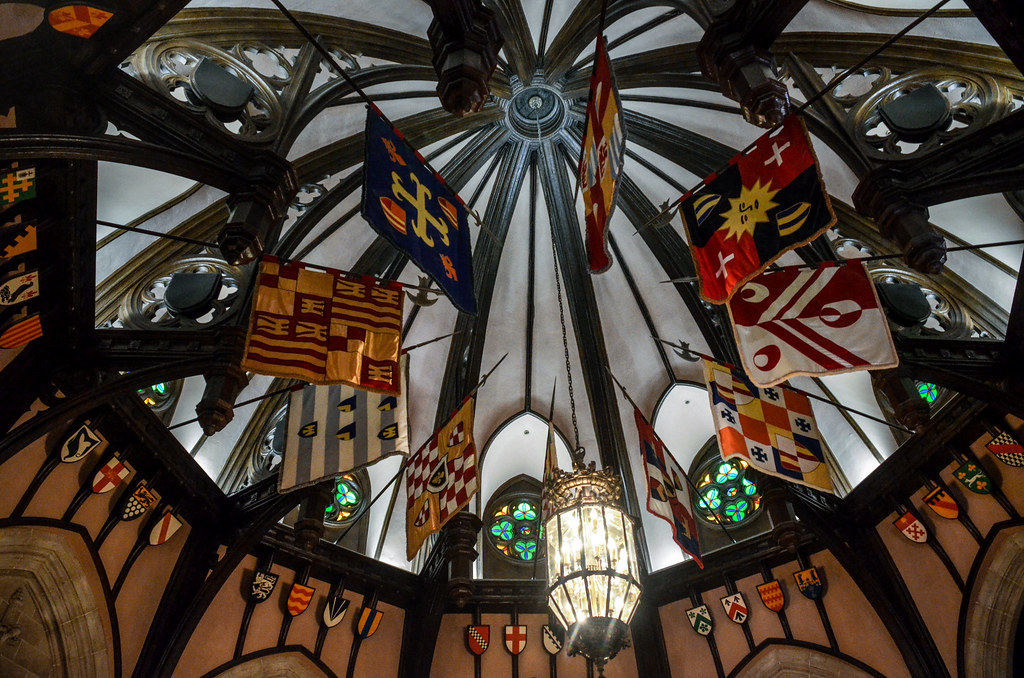 The seating once inside of the castle doesn’t have any over the top decorations, again they let the castle speak for itself and don’t overdue it.  The ceiling has flags and banners hanging, I’m sure each flag has a specific meaning but I”m not sure what.  I thought those flags were a nice touch though and added a simple royal decor.  The star of the atmosphere is the giant windows facing Fantasyland.  These are the biggest reminder that you’re in Cinderella’s Castle.  They are absolutely stunning and easily my favorite aspect of the restaurant. 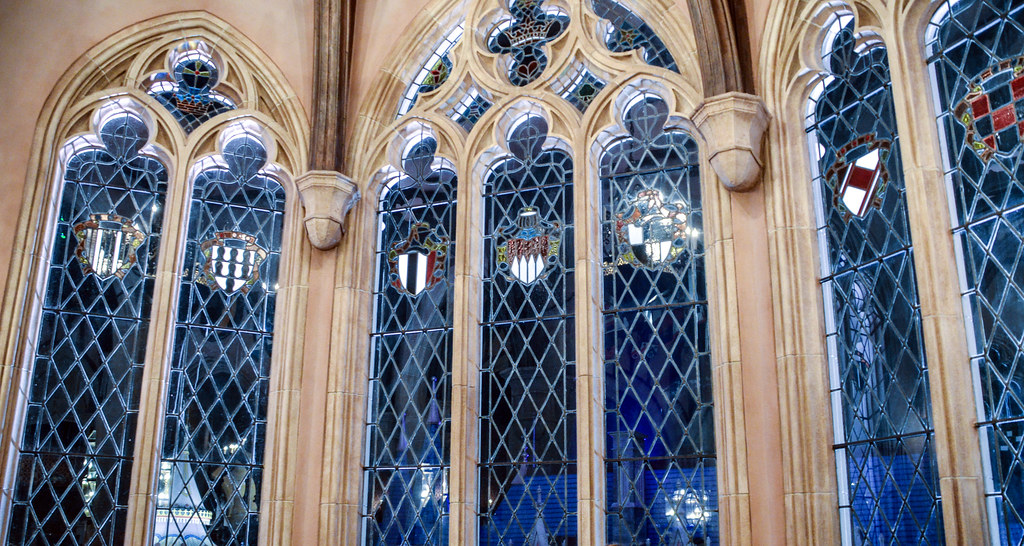 If you want something unique and go to the parks often, get a reservation for a late dinner at Cinderella’s Royal Table.  Request a table close to the windows and then wait for Wishes! while you eat.  This is exactly what happened to us.  While I don’t think the view of the fireworks is anything incredible, it is unique compared to other views.  I would not recommend this if you don’t have many chances to watch Wishes. 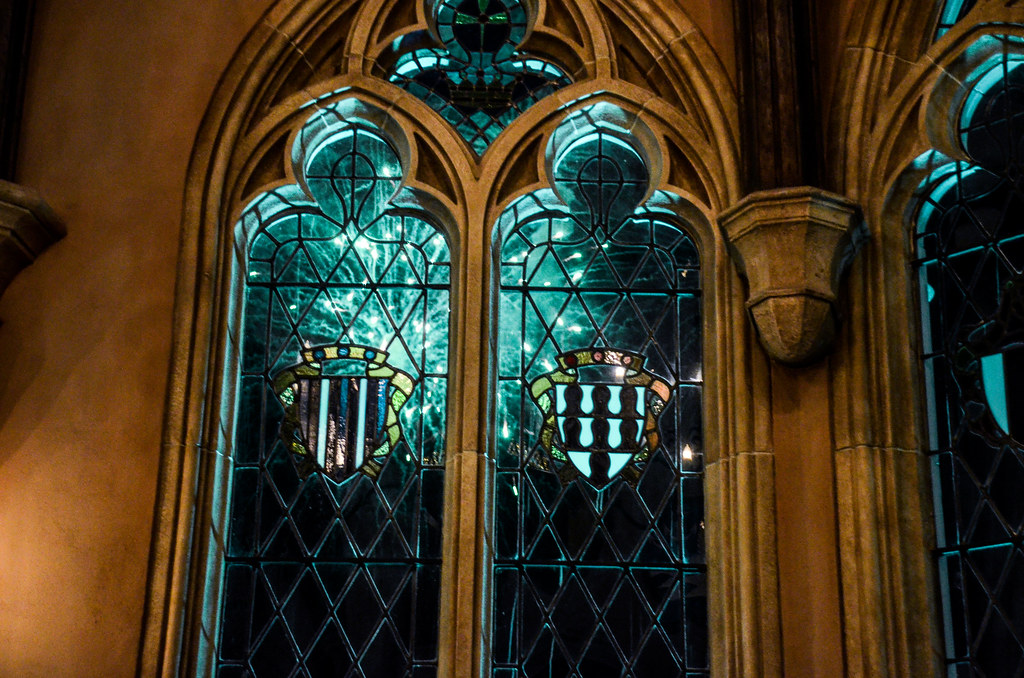 Cinderella’s Royal Table is a typical character meal in that you sit down and all of the characters, in this case princesses, come by to visit you as you enjoy your meal.  I don’t know if we came at a busy time or if interactions were limited due to the fireworks but I was really disappointed in these character meets.  They were very rushed and the princesses didn’t show hardly any of the personality that I’d grown used to seeing at other character meals.  It was at the point where I felt it was a hassle just to ask for a photo.  Now, I don’t know if this is the norm (I would guess not) but this should absolutely not happen to anyone considering the price point, which we’ll get to shortly.

They do hand out plastic swords to the guys and wands to the ladies.  I don’t know what that’s worth to you but I figured that now is as good of time to mention that as any. 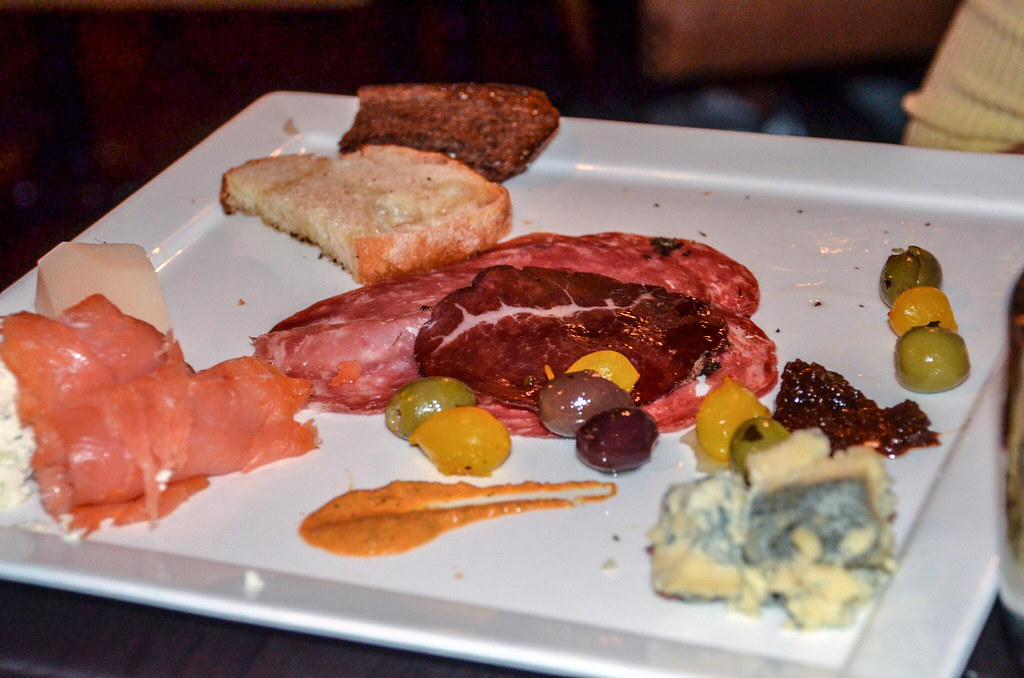 The first course they bring out for dinners is a tasting plate that included some cheeses, meats, olives and bread.  I found this underwhelming as the cheese wasn’t anything special and meat was just your basic fare that you’d find on most charcuterie plates.  Now, this is included with the meal but I wish there was an option for something else instead of this.  I would have rather had a salad or soup due to this just not being very good. 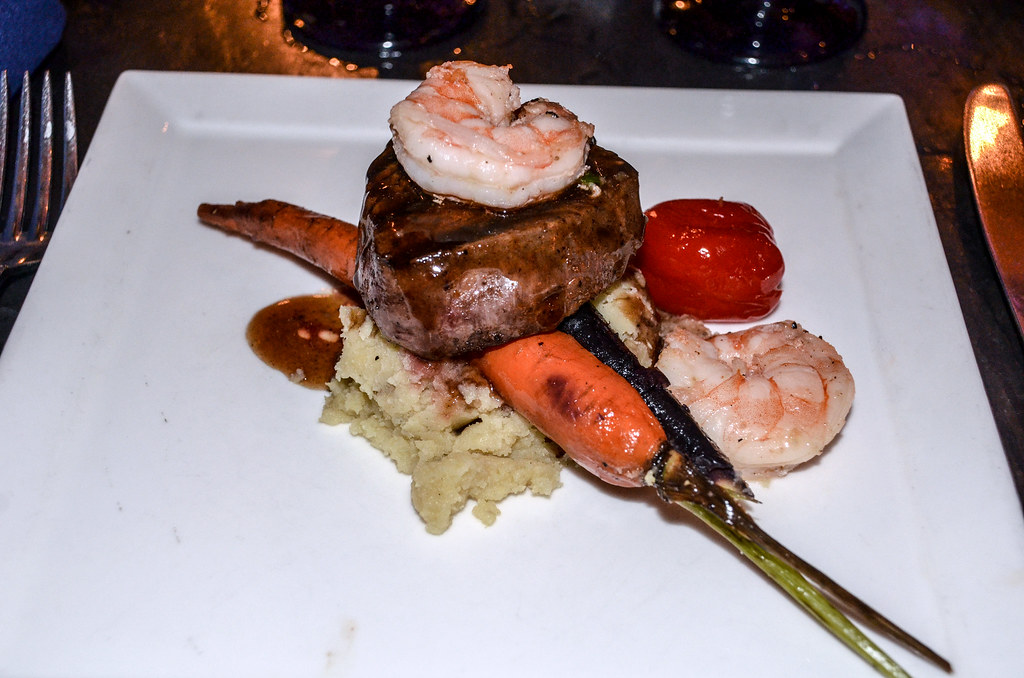 For dinner I ordered the beef and shrimp.  In what was a theme of the meal, the entrée was pretty average.  The beef tenderloin was cooked well but didn’t have as much flavor as many other steaks I tried on the trip.  The shrimp followed those lines as well, as there wasn’t anything that set them above an average grilled shrimp.  The sides were fine but nothing memorable.  I was mostly unimpressed with this dish, as it was probably my least favorite table-service entrée I had all trip. 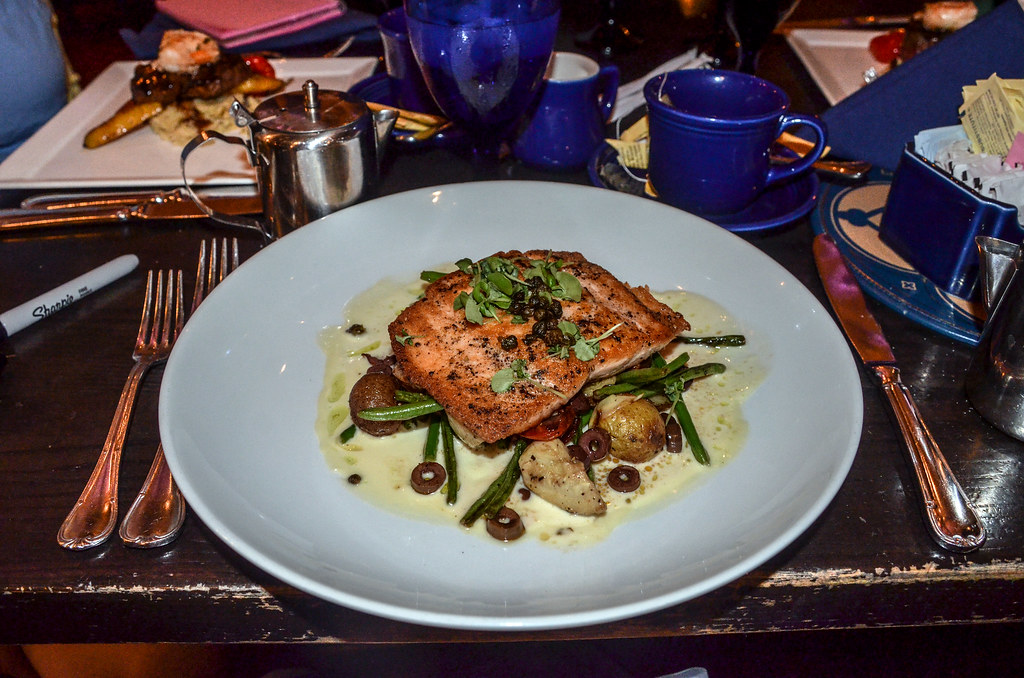 Melissa went with the fish of the day, which in this case was the salmon.  I did like her entrée better than mine.  The sauce and green beans were the stars of the plate.  The salmon was good as well but slightly dry.  If I went back I would probably order this.

Another problem I had with the food here is the lack of interesting options on the menu.  Aside from the Pork Two Ways, which I should have tried in hindsight, this seems like very basic fare considering the price and location.  While I’m totally fine with the options they have, I’d like to see another two added to the menu that are somewhat more unique.  Here’s a link to the current menu. 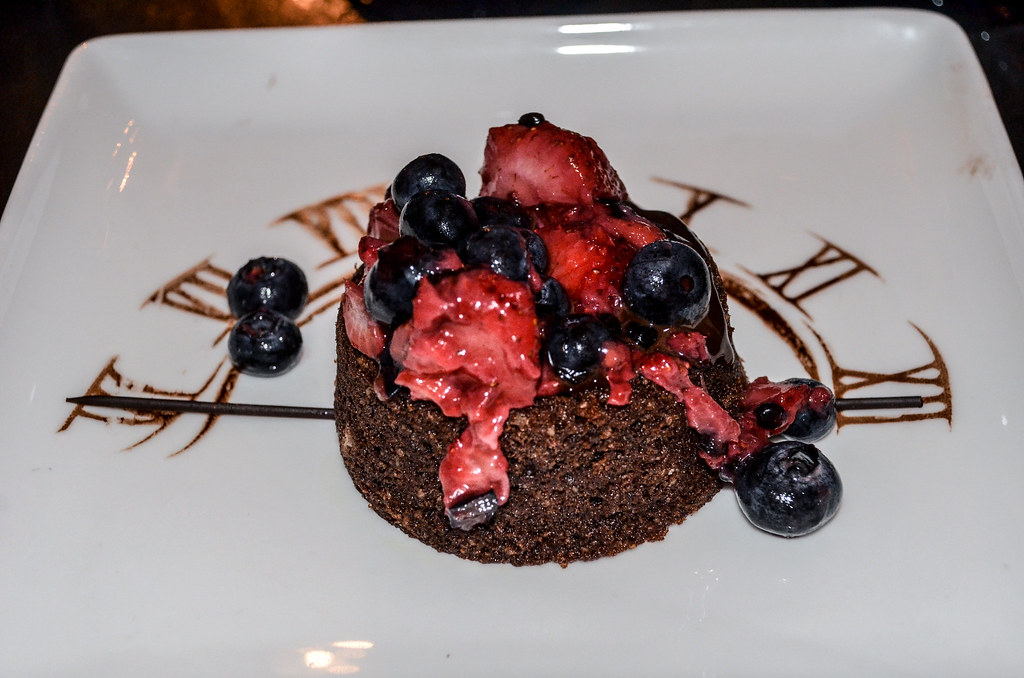 The desserts were definitely the best item we tasted that night, specifically the one pictured above (The Clock Strikes Twelves).  The other desserts are seasonal.  We sampled the cheesecake and enjoyed that, although I wouldn’t call it anything special.

Now, let’s get to the prices.  We were on the dining plan for our trip and Cinderella’s Royal Table is 2-credits, which isn’t a terrible value but it’s also not great.  Paying out-of-pocket for dinner will cost you roughly $75 per person before the tip.  Lunch and breakfast are closer to the $60 range.  Honestly, I think this is a terrible value for the food I tasted.  My dinner wasn’t any better than what I had at Akershus in Epcot, which is another princess character meal.  I also thought the character experiences there were significantly better.  Now, you are not eating in a castle there and I do think that’s pretty special.  Still, Cinderella’s Royal Table is about $25 more per person for what I perceive as worse (and less) food. 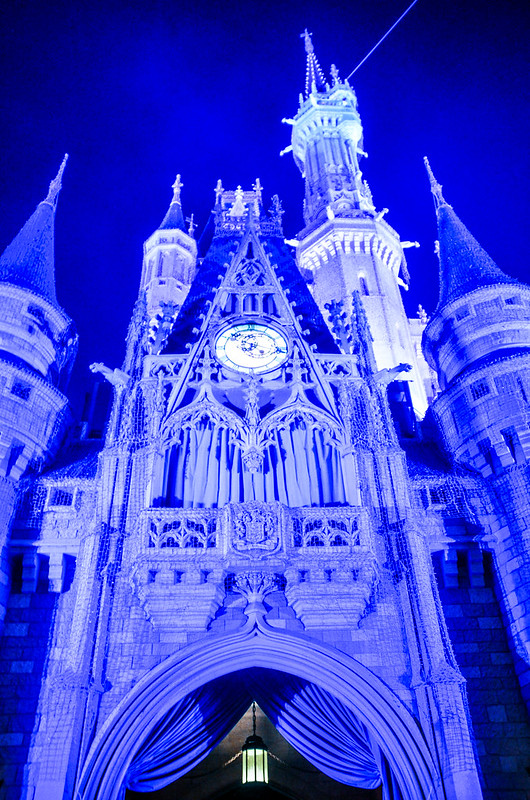 I think it’s a shame that our meal wasn’t better.  The experience was surely incredible and that’s the only way I could recommend going to Cinderella’s Royal Table – for the experience of being in the castle.  I do think that eating here is something that every big Disney fan should try once.  With that said, I think once was enough for me.  I’d have to get a pretty big discount to justify going back to Cinderella’s Royal Table as I just did not think the food measured up.  The creativity in the menu, or lack thereof, is a big negative for me as well as our character experiences.  There’s always a chance we caught the restaurant on an off night but what we experienced was a bad value.

Do you have a different experience at Cinderella’s Royal Table?  Please let us know in the comments.  Thank you for reading!