The Disney Parks are constantly deemed “The Happiest Place on Earth” and I tend to agree with that statement. The cast members are always happy to see you and every inch of the park is detailed and thought out to give off the illusion that you really are in a different kind of place where everything is going perfectly. There are a few awkward moments that do break the magic and here I will countdown the top ten most awkward of them. 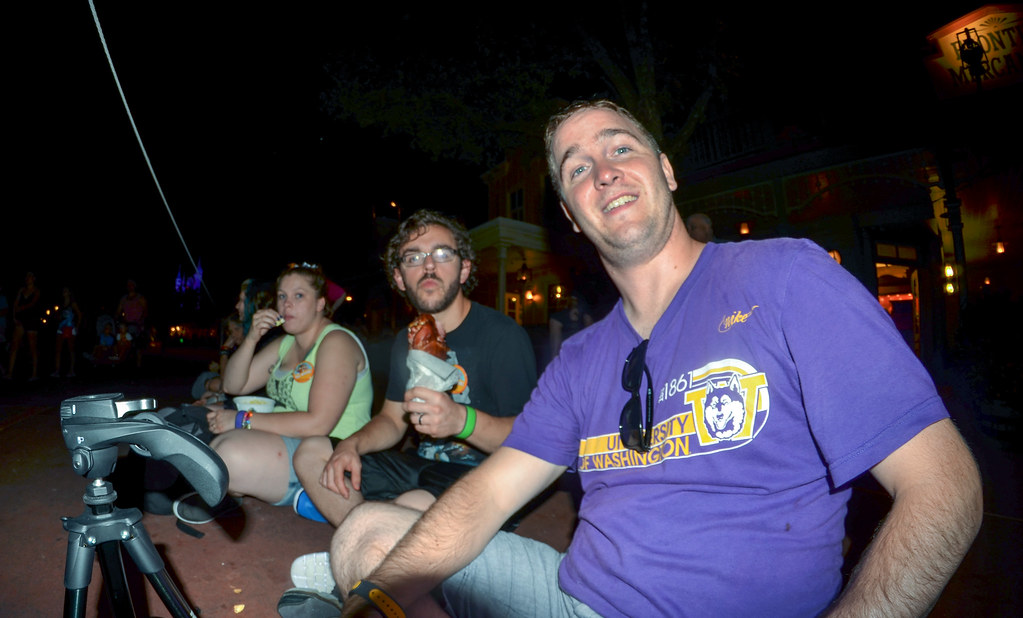 First I will give some honorable mentions. These are ones that did not make the list just because they are mostly unavoidable. These will probably happen to you while on your trip and are not that big a deal from breaking any sort of illusion that you are in a magical land.

The announcement during a ride to keep arms inside the vehicle.
At some point someone is going to try to touch something and we will get a guy saying “Please keep your hands inside.” It will interrupt some part of the ride, but is bound to happen. 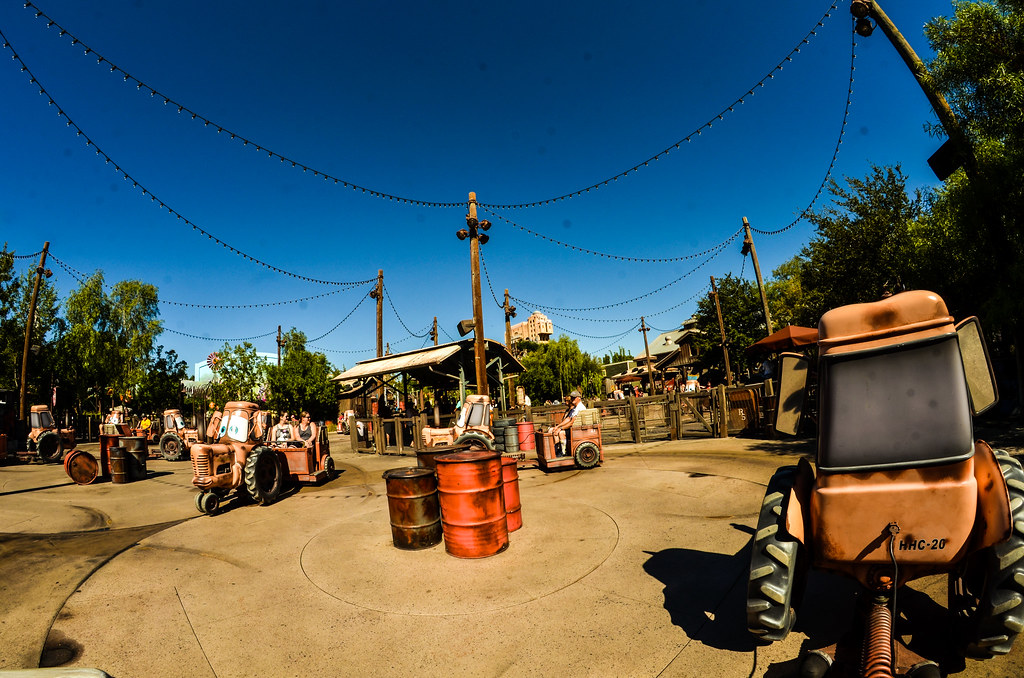 Using a FastPass and having to walk past everybody that has been waiting in line for over half an hour or more.
You are going to use a FastPass at some point. You will have to walk down a long empty queue with a filled one right next to it. It is the only time you really feel guilt while in the park or at least I hope you do.

It’s a Small World in general.
I don’t like this ride. The song is annoying. It seems like a long ride. (Editors note – this should be redacted but I guess everyone is entitled to their opinion, no matter how wrong it is.)

When a tall person stands in front of you before a show starts.
If you are in the least bit shorter than average and you are seeing a decent amount of shows at a Disney parks someone taller will stand in front of you that will obscure your view. My advice just take one step to the side. 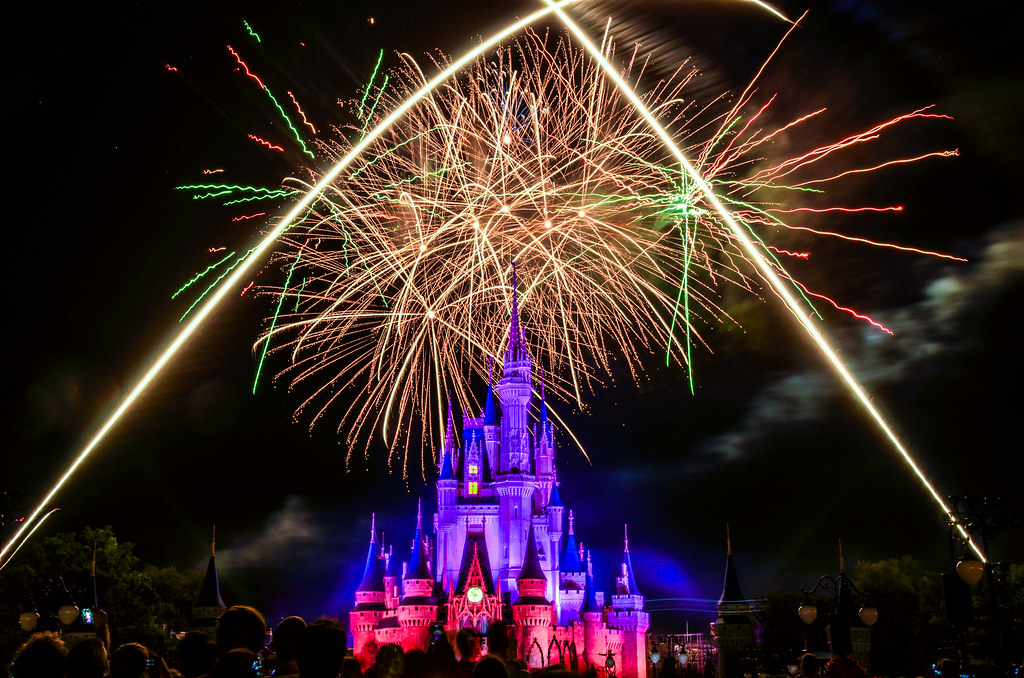 Eating bad food.
You are bound to go someplace to eat and get something just plain gross. I had a bad burger as well as a terrible giant hot dog. I feel a vacation would not be complete without not liking a meal, it has a certain sense of charm about it.

Now we will move on to the real list of awkward, strange and just plain weird moments.

10. The characters on a parade float waving even when in restricted area.
So this one was just odd for me, but while waiting for the parade to go by (more on that later by the way) I glanced over where the float was about to turn and the characters were still waving. If you look over there you see a non-decorated section and a bunch of background stuff. I was momentarily distracted from the illusion

9. Getting stuck on a ride.
This one could happen to anyone and most likely will on a trip to a Disney Park, but when it does happen it is pretty awkward. This is why it made the list. I sat for about five minutes on The Little Mermaid ride Under the Sea. We sat there watching Eric and Ariel almost kiss as Sebastian sang “Kiss the Girl”.  (Editor’s note – redacted due to false information) 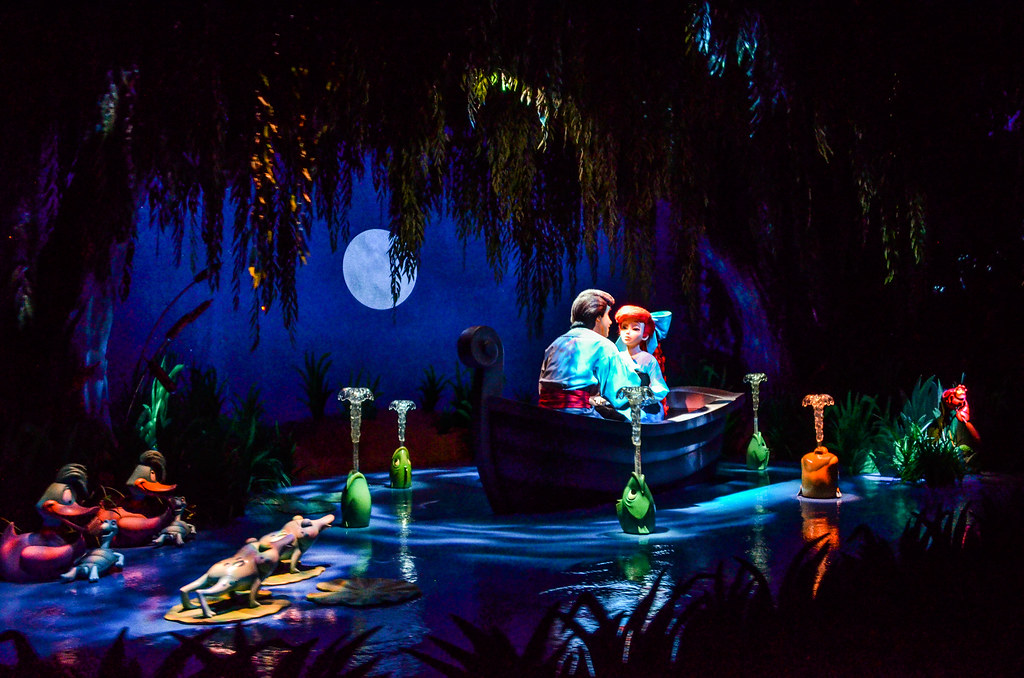 8. The end of Spaceship Earth.
Spaceship Earth is a decent enough ride. At the end though you ride backwards in the dark as you take a survey. The survey is kind of useless and dumb, but it takes forever to load, so you are sitting in the dark with nothing happening. You are literally just waiting, surrounded by your own thoughts. That’s not why I’m at Disney World.

7. The people you encounter as a single rider.
The single rider line is a blessing, sometimes cutting hours out of waiting in line. The only thing is you do not get to ride with your family or friends. It has its pros and cons, but is a brilliant idea for a time saver so you can do more activities at the park. The real downside is who you get to ride with. At Disneyland I rode Splash Mountain a few times. I was usually with a group of three, sitting in the fourth seat. I always had fun, but had no idea what to do when we got the picture. Do I play along? Do I act scared? Or do I just go stoned face? (Editor’s note and awkward moment – Going on a trip with people who plan their poses for dumb ride photos.) At Disney World I had the experience of sitting behind a fighting couple with their son sitting in the middle of them. They were bickering the entire time as I witnessed from right behind them. The best part is when the dad lost his hat and a few minutes later we got stuck by a small waterfall and the mother was being splashed. It did distract me from one of my favorite rides, but was a good story as well. 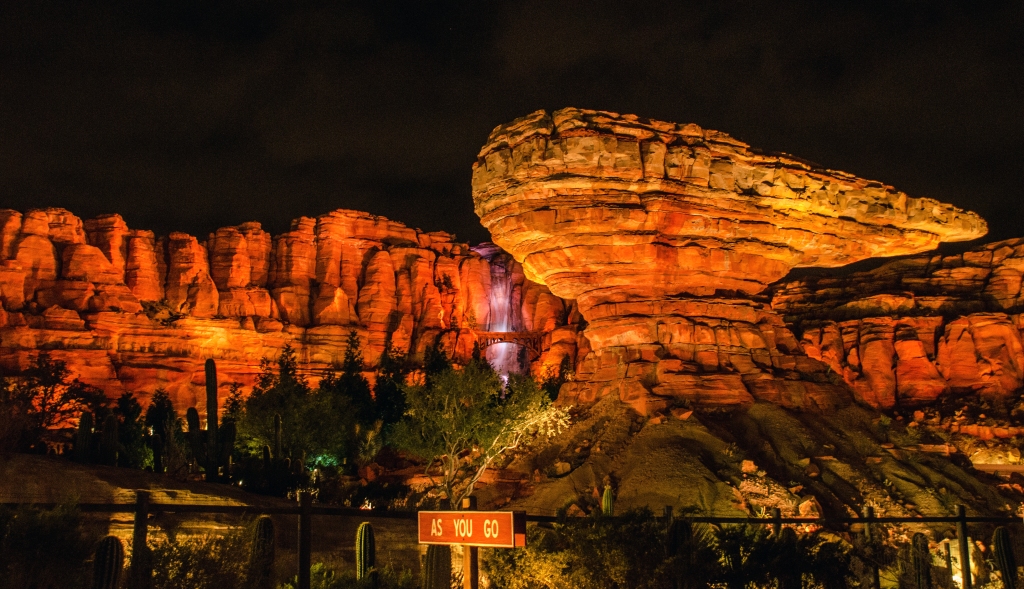 6. Having to go to the bathroom while in line.
Lines are pretty unavoidable when it comes to Disney Parks and they are not really that bad especially with the right group or even just your phone. When it starts getting awkward is when you have to go to the bathroom. There are many steps in this phase of your trip; there is the realization phase where you discover you indeed do have to use the restroom and will have to quite a bit when you exit the attraction, then there is a panic phase where you wonder if it is worth it to leave the line and not go on the ride you been waiting for or not meet this character you adore so much, then there is the light at the end of the tunnel when you finally do sit down for the ride or get that picture with a beloved Disney character. You are happy at this point not really because you made it to Space Mountain or got Mickey’s autograph but soon you will be able to relieve yourself. 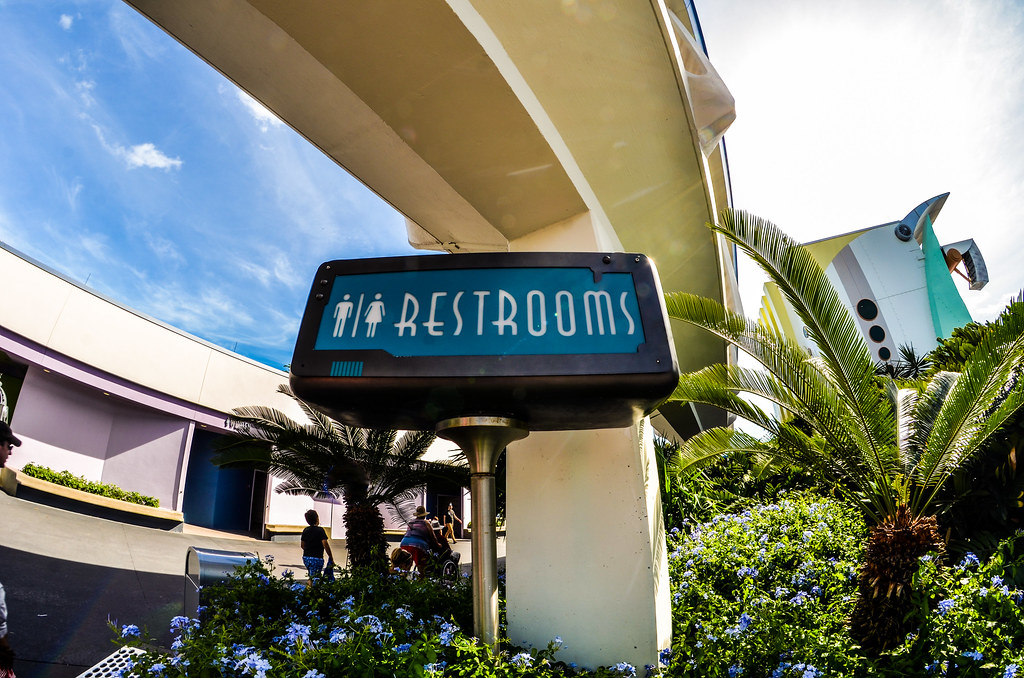 5. Getting stuck in a parade.
More than once during my visit to Disney World we were leaving Magic Kingdom and had to wait for a parade to go by. If you are stuck on the wrong side, you have to wait for the duration of the parade to pass. All I was thinking during these times is what if someone needed to get out, like had a medical emergency. I assume they have protocol for that, but it was one of the only thoughts racing through my mind at the time.

4. The ride with no one on it.
It was strange to go on Country Bear Jamboree or The Barnstormer and find that there were just not a lot of people who were waiting to be on the ride. The Barnstormer is not that weird because it is a kiddy coaster and it was one in the morning when we rode that. The Jamboree though was fun and I thought would have more people, but it didn’t. For a place so busy at most times it was strange for me to see ones that were not filled to the brim with guest. It is almost a sad sight to see. 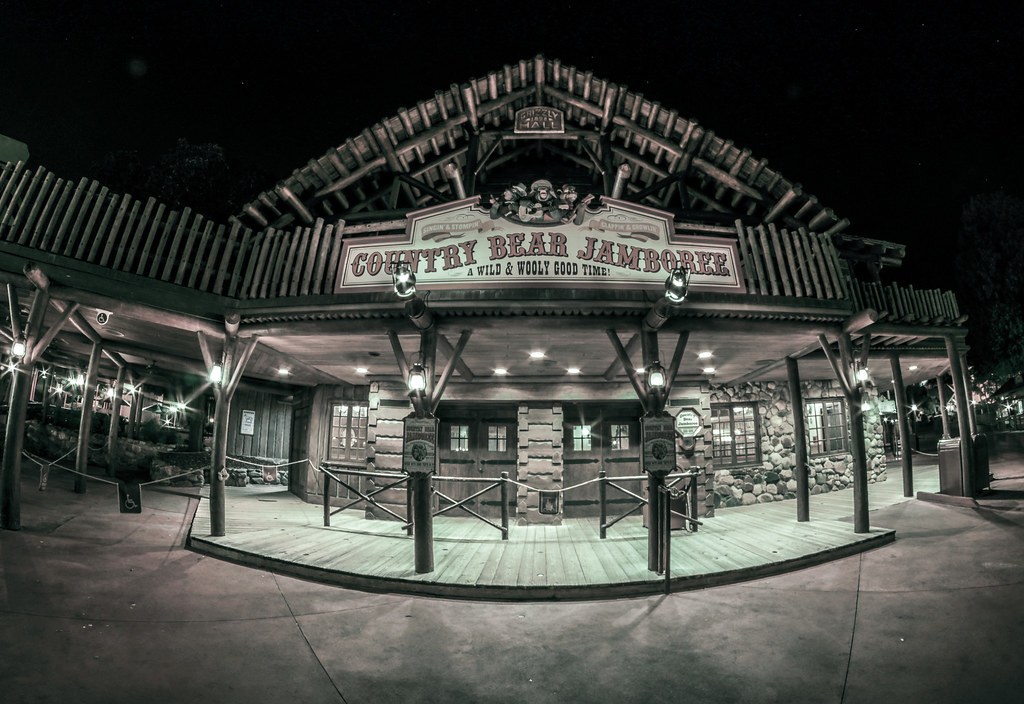 3. Running into people in the crowd.
Epcot had their Food & Wine Festival going on during our trip to Disney World and during the day was the most crowded. Here is where you are going to run into someone, it is mostly just a slight touch of the shoulder to stepping on someone’s heel, but other ones could be worse. Andrew claims to have run right into a lady who came out of nowhere. He also claimed that she apologized even though he thought that it was entirely his fault. My wife tripped on a stroller and ran her face into someone’s shoulder. Her face hurt for the remainder of the day. You really have to maneuver your way through a ton of people hoping you don’t live the same fate of my friends.

2. The huge time jump in Carousal of Progress.
The Carousal of Progress is actually a pretty charming ride. It takes us through about three decades of the early twentieth century and mentions inventions that we find common now, but were modern marvels back then like the radio or cars. The awkward part, and still pretty charming, is the huge time jump in the fourth section of the attraction which is some undisclosed time where futuristic items are predicted. Or at least I assume that is what it was at one point. Instead it is things we already have like realistic video games and voice activation. It is an odd moment on the ride and is a bit confusing, but still fun nevertheless. 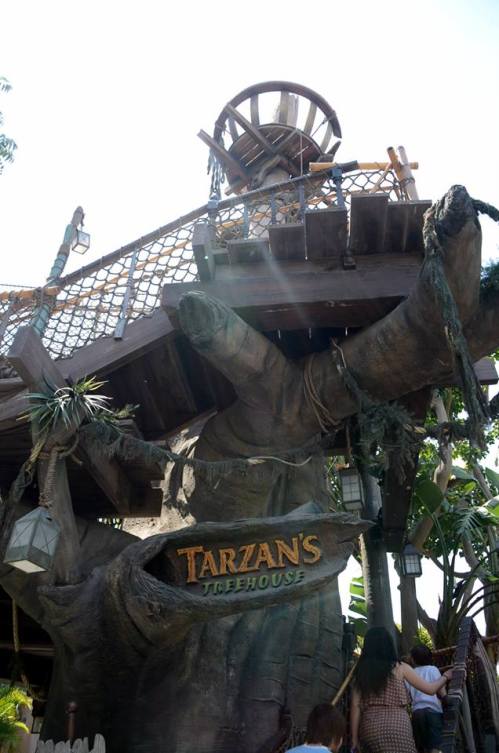 1. Realizing that Swiss Family Robinson/Tarzan’s Treehouse is not a ride and indeed something you have to walk up.
Walking all day at a Disney Park can be quite exhausting. Luckily you get to sit during a longer ride or just go sit and grab a bite. You could also go up Tarzan’s Treehouse at Disneyland or the Swiss Family Robinson Treehouse at Disney World (which was closed when we went most recently.) If you have no idea what these tree houses are you might be tricked into going on them. For a bit you might just assume that the stairs you are heading up go to some vehicle that takes you on a tour that will show you characters and sets from either movie. Nope! This is just a long walk of stairs that lead to some pretty cool props, but still you are climbing stairs after being on your feet all day anyway. If these were just on the ground I wouldn’t have minded and been impressed with all the recreations. If this post has been about anything it is to warn you the exhausting trip that is the treehouse attractions.