May The Force Be With You

A couple of days ago we celebrated Star Wars Day “May the 4th”. In honor of this unofficial holiday, I decided to take a quick look at how Star Wars has influenced Disney and what will be coming in the future of this historic movie franchise. 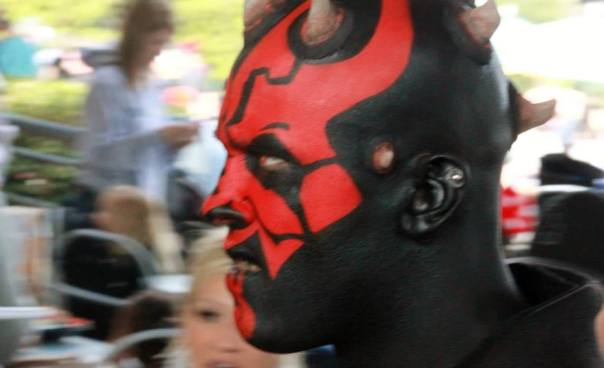 A Brief Look At The Star Wars Presence In Disney Parks.

1970s: In the 1970s the Disney company began looking into and trying to develop a ride simulator. Though the resources I have found on the subject can be a bit contradictory, one thing is clear – the Disney Company neither had the technology nor the funds to complete any of the projects that they were looking into. Rumor has it that there were several different ride simulators in the works, one based off of a Disney live-action film “The Black Hole” (which was a major flop) and another that was to take place underwater with Captain Nemo. The idea was put on the back-burner and somewhat abandoned.
1984: Michael Eisner and Frank Wells become a part of the Disney Company and begin to once again bring up the idea of creating a ride simulator. Soon after, the contacted George Lucas, who is rumored to have been really eager to create a ride, and brought him on board. Development for a new simulator ride based on Star Wars began to take place.
September 1985: The outdated ride Adventure Through Inner Space closes at Disneyland and the ride space starts the process of being converted to a new show building for the Star Tours ride.
January 1987: Star Tours officially opens at Disneyland and is a smash hit. In 1989 they opened the Walt Disney World Star Tours ride due to the popularity of the ride in Disneyland.
June 3rd, 2011: Unfortunately, the thing about technology and ride simulators is that they soon become outdated. In 2011 Disney revamped the Star Tours ride and created the ride that is currently there today, Star Tours: The Adventure Continues. This ride combined the ride simulator technology with 3D visual-effects and created multiple storylines for rides to experience – making it a more “interactive” ride experience.
All the while in the 2000s Disney has been increasing the presence of the Star Wars franchise in parks through the sale of merchandise, opening of shows such as Jedi Training Academy, Star Wars weekends, and even having appearances of character such as Storm Troopers in the parks. 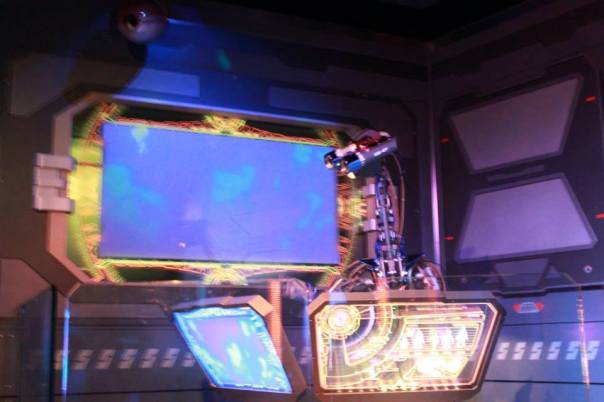 Re-energizing The Story For A New Generation:

I truly believe that the Star Wars films, at least the original trilogy, are iconic movies that every person needs to see at least once in their lifetime; and thankfully many have. Despite the fact that some of the movie technology may now be outdated, people still love these movies and there is an avid following years after their initial release. Star Wars merchandise still flies off of the shelves and young children are eager to watch the movies and easily fall in love with the characters. Not only has Disney updated the rides at their parks, but they are also releasing a new movie in the Star Wars series. Though there are many skeptics who worry about how Disney will be handling such an iconic storyline, I would like to point out that Disney almost always goes above and beyond in their creations. I am eager to see what they have in store for fans, both young and old, with the release of a their new movie.

We have discussed on Wandering in Disney the rumors of Disney creating a new Star Wars land at their parks. Well, Disney has confirmed that they will be increasing the presence of the Star Wars franchise in Disney locations and have hinted that more will be revealed later in 2015. We know for sure that they are planning something – and it sounds big. Disney has stated that they have ambitious plans and that whatever they are planning will take a while to build and open. Other than that, the only real detail we have is that what they plan to create will most likely be based off of the future movies and spin-offs rather than the originals that we have become so familiar with. I for one am excited to see what they put together for us!

Whether you be a Star Wars fan old or new, you likely will find something you love at Disney!

Have a Magical Day!

3 things (there are more than 3) that I love about Animal Kingdom:
Our latest post talks all about my lightning filled night at Disneyland! 🌩
#matterhornmonday
This guy is just constantly ready for the weekend. Turning, turning…
Name a more iconic trio! 🐊
Check out our Etsy shop @haroldsupplyco for two brand new Disneyland inspired T-shirts! The one above is our Magic Happens shirt, celebrating the parade. By the way, it glitters! 💜