What the California Adventure Renovation Could Mean for Hollywood Studios

About a week and a half ago, Melissa H. wrote a post about the changes that have come to Disney’s California Adventure over the years.  Go read it, because it’s awesome.  I agree with Melissa, in that California Adventure badly needed a change.  While the idea for the park was a good one, it wasn’t fully realized the first few years of it’s existence.  Now, changes have been made and it’s much better (no, not perfect but much better).

Disney’s Hollywood Studios is going through some similar problems in Walt Disney World.  There are differences too.  Hollywood Studios has been open longer than California Adventure and at several points was a thriving park is the main difference.  Now, the park is going through an identity crisis.  When first opened on May 1st, 1989, the Studios main attraction was the Backlot Tour.  The park took pride in that it had working movie and TV studios inside of it and the Backlot Tour highlighted that.  It was a ride that lasted for hours and spent up almost half of the guests day at the park.  Before long, it was realized that having live studios inside of a theme park just wasn’t practical.  Soon there was nothing being filmed there.

The park continued to roll even after that happened.  They used live shows to make-up for no live recordings.  But before long some of the shows grew tired.  Now, the park is running without much open.  The Backlot Tour has been officially closed.  The American Idol Experience is closed.  The giant hat at the front of the park is gone and the Hollywood Studios is set to change.  It seems inevitable that this change is going to be a large one.  Rumor is that the renovation budget is roughly equivalent to that of what California Adventure received.  In the rest of this post, I’m going to explain how California Adventure used their money and how Hollywood Studios might copy some of that blueprint. 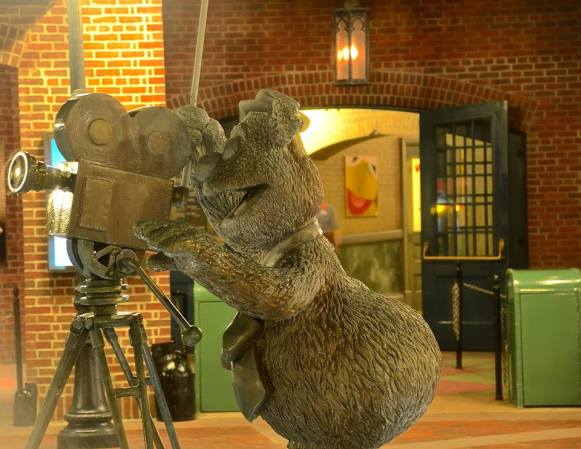 What California Adventure spent their money on:

I won’t go too far into this since Melissa already did, but I think it’s useful for this post to see how much money was spent on specific attractions.

In 2007 a renovation for DCA was announced.  The budget was somewhere between 1.1 and 1.2 billion (more than what they spent to build the park).  Toy Story Mania on Paradise Pier was the first attraction to open.  Shortly after that, World of Color and The Little Mermaid: Ariel’s Undersea Adventure opened on a completely reimagined Paradise Pier.  As Melissa touched on, the entrance to the park was completely redone.  Last but certainly not least, Cars Land opened.

In all, it looks like about 5 attractions were added, a few food locations, a new show, and three completely rethemed or added lands.  Again, that was for $1.1 billion.  I don’t have much to add here aside from restating that I think this was an absolute success.

What Hollywood Studios could conceivably do with the same budget:

Before I start, I should say that I’m not going to go too far down the imagineering rabbit hole.  I’ll leave that to the professionals, I just want to give an idea of what could possibly be done.

Assuming Hollywood Studios has the same 1.1 billion dollar budget as California Adventure had.  Now, of course, money may not be able to buy you quite as much now but I’m assuming that since this is done in Florida instead of California, the cost of work will even things out.

It seems logical to start with the Studios entrance.  This should be pretty easy.  The big hat is gone and really there doesn’t need to be a lot else done.  Maybe they’ll move the Earful tower and reassemble the hat somewhere else in the park but, frankly, it shouldn’t cost near as much as it did at California Adventure.  Maybe the entrance needs more reimagining than I’m thinking but I think the theater along with the shops that line the walkway is a nice way to enter the Studios.

After that, we’ll move to a big project like Cars Land.  It seems that a Star Wars Land is inevitable and I think this park is the place it should go.  Maybe it’s more of a Lucas Land with Indiana Jones and Star Wars, but I doubt it.  In this land we could probably expect one E-ticket attraction and another ride or two that are lesser.  I would guess there is a dining location that would go here, as well.  This would take up a large portion of the budget but will help complete the park, much like Cars Land did.

California Adventure reimagined part of Paradise Pier, first with Toy Story Midway Mania.  This attraction is already in Hollywood Studios but there is an oft rumored mini-land themed after Toy Story that could very possibly be on it’s way to the park.  This land (called Toy Story Playland) is already at Disneyland Paris and Hong Kong Disneyland.  It typically has 3 rides that are more family-friendly kids rides.  This would help the Studios in that they just need more rides in that park.  That would help spread out the guests more.  It could attach to the, already themed, Pixar Place.

There is probably room in the budget for one more big ride and maybe a few more smaller rides.  I would like to see these go in the Pixar Place too.  Maybe the E-ticket attraction here would be a replica of Radiator Springs Racers (not my top choice).  I would like it to be a roller coaster themed to the Monsters Inc. doors scene.  This was once in the plans for imagineering but didn’t go through, I’d love to see it now.  I hope more Pixar comes to that park in some fashion and expanding that land could be interesting.  I’d love to see some more mini-lands based off of Pixar films.  While I think Hollywood Studios should only get one huge area that’s themed to a movie (Star Wars) having smaller immersive environments themed after movies doesn’t bother me and would be pretty interesting.

Last but not least, I think fireworks will become a regular show at this park.  They have them several months out of the year anyway for different events, so I wouldn’t be surprised if they become a full-time thing.  I’d be excited for that.

All in all, I think we should be excited for what’s coming to Hollywood Studios (whenever it does come, it’s probably a few years out).  If the budget is truly the same as what California Adventure’s was, then they will be able to add quite a few attractions and really add to the quality of the park.  This park isn’t as far away from becoming a good park as California Adventure was so it shouldn’t take much.

What changes would you like to see come to Disney’s Hollywood Studios?