Today we move over to California Adventure with our FastPass Guide. If you are looking for any other park, click here to check out all of our guides! Before getting into which attractions to FastPass at DCA, let’s take a look at how the system differs from Disney World.

What are the differences between FastPass+ at Walt Disney World and FastPass at Disneyland?

If you’ve read my earlier guides then you probably have a general understanding of how FastPass+ works (assuming I’m a halfway competent writer, a big assumption I know) at Walt Disney World. A FastPass serves the same general purpose in Disneyland as it does on the other coast, the pass allows guests to skip the majority of the line at an attraction.

The difference between Disneyland and Walt Disney World is that you can’t reserve the FastPass ahead of time at Disneyland. Hence the lack of +. If you ever have questions about reserving something in advance, just look to see if there is a + included. That always works. In a way, with the lack of advance FastPass+ reservations, Disneyland is much easier to manage when planning out your trip. Along with not worrying about what to reserve in advance, Disneyland Resort also has fewer options to FastPass. That means there is less decision-making and strategy involved.

The way to obtain FastPasses at Disneyland is to go to the attraction (at least in most cases) and insert your park ticket at a FastPass machine. The FastPass will pop out. That pass will have two times on it with an hour between them. You have to return to that attraction within that hour-long window and then you’ll be able to enter the FastPass line. The pass will have smaller font on it, as well. That smaller font will tell you when you can get your next FastPass. Check out the photo below to see one. The Disneyland App will tell you the current window for all of the attractions that feature FastPass so be sure to check in there before walking over to whatever you want to FastPass next.

As I said, guests aren’t allowed to get another FastPass until that time in the small font or until you’ve used the FastPass. Aside from that restriction, you can get as many FastPasses as you please. FastPasses aren’t available during early entry but they are during all normal park hours.

Having said that, we don’t recommend the service as it’s just one more additional cost to add to your trip. While the pricing can be as low as $20 a day per person, that still adds up and takes a chunk out of the food or souvenir budget. If time is limited, MaxPass might be for you but if you’re at Disneyland Resort for 3+ days then I wouldn’t recommend it.

Now that I’ve spent 400+ words on a concept most of you probably already understood, let’s get down to the real point of this post! Here are the attractions that feature FastPass at California Adventure: 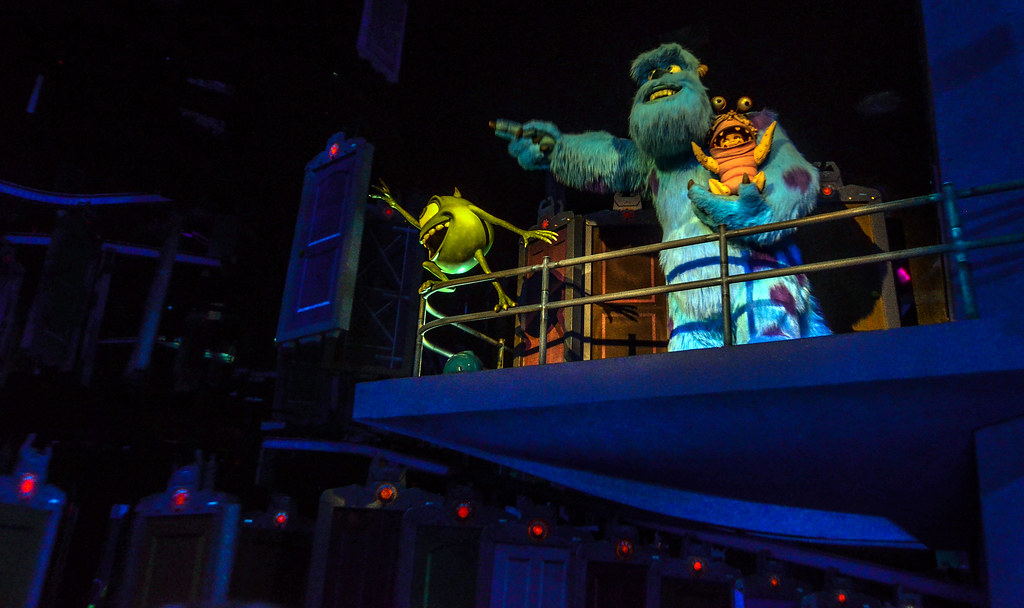 There aren’t many attractions with FastPass availability and there are quite a few quality attractions at California Adventure, so the strategy can be a little tough. The worst attraction on the list, without any doubt, is Monsters Inc. Mike & Sulley to the Rescue. For some reason this attraction has FastPass but under no circumstances is it worth that. It’s also not worth waiting in a standby line for more than 10 minutes. It’s simply a bad attraction.

I also don’t think all that highly of Goofy’s Sky School but I do see the merit here. The attraction usually won’t long wait times in the morning(unless you come at a very busy time of year) and I’d recommend skipping riding this attraction if there were long lines. Of course, I’m not a big fan of roller coaster so some might disagree with me. This is a decent use of a FastPass later in the day when other attractions start to run out of availability.

Next on the list is a bit of a toss-up. Grizzly River Run isn’t very crowded when the weather isn’t hot. Of course, that’s not very often in California. If you go in the winter months then you likely won’t need a FastPass for Grizzly River Run otherwise this isn’t a bad option for your 3rd or 4th FastPass. Grizzly River Run is often closed in the first few months of the year for refurbishments, so be aware of that. Grizzly River Run and Goofy’s Sky School do often utilize a single-rider line which is a good way to go if you don’t mind being separated from your group.

Guardians of the Galaxy: Mission BREAKOUT! can have some decent sized lines, especially as it’s still relatively new to the park. The attraction does load large groups of people at a time so it’s not that high on this make-believe ‘FastPass Priority List’ . The FastPass for this attraction also doesn’t skip a large portion of the line. If other attractions are out of FastPasses or you’ve done the others ahead of it then get one here. 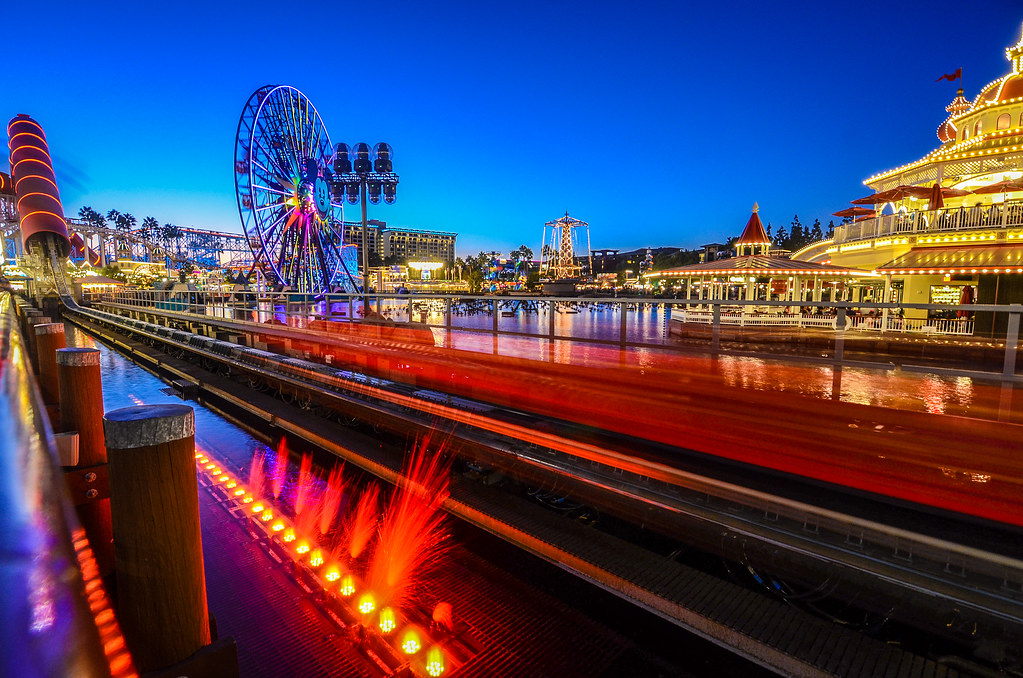 What I wrote for Tower of Terror is often the same for Incredicoaster. While the attraction has recently been redone, the queue is still hot and fairly boring. Therefore this ranks higher than some others on this list.  I think it settling in around fourth or fifth place on the list is fair

Toy Story Midway Mania is a good use of a FastPass, especially if you can wait until mid-morning or early afternoon to get it. While a fairly popular ride, the wait times ebb and flow. A fair warning: this line can be miserable during the day as the sun beats down on guests.

That leaves Soarin’ and Radiator Springs Racers for the coveted top spot in the Wandering in Disney – California Adventure – FastPass Rankings, also know as the WiDCAFPR Award. This decision is really a no-brainer. Radiator Springs Racers is the superior attraction and is almost always more crowded. Right now, Soarin’ Around the World may even fall third or fourth on this list but the attraction is loved and will end up closer to second over time. Over the last year, Disneyland Resort has brought back Soarin’ Over California at different times throughout the year and if that happens then this is an easy second place and may even jump to first.

Radiator Springs Racers is still the easy winner at California Adventure. There are a few things to know about Radiator Springs Racers though. First of all, it’s the only attraction where the FastPass isn’t directly next to it. The FastPass is right by the entrance to Cars Land. If you are there at park opening, the line for the FastPass will likely be around Carthay Circle. Follow signs for that FastPass, there will be many Cast Members around to help you out. One other item of note is that Radiator Springs Racers has an extremely effective single-rider line. In my experience, going as a single-rider hardly takes anything away from the attraction. Often times the people you go with end up in the same car with you or in the car you’re racing against. I highly recommend the single-rider line especially since you’ll want to ride this attraction more than once. Unless you have no soul.

As I’ve already said, all of this could change do to personal preference. I tried to go by order of popularity while also factoring in how interesting and hot the queue gets. Below is a quicker version of my rankings along with what time of day I’d try to get a FastPass for this attraction.

So, there you have it. I’ll try to keep this post up to date as the park changes.  If you have any questions or disagreements, leave them in the comments! Thank you for reading!

Thank you for reading Wandering in Disney. Planning a trip to Disneyland Resort? Check out our planning guide to help you along the way. If you enjoy our content please subscribe to the blog (via WordPress or email) and like our social media pages. You can find all of those things on the right side of this page. Have a great day!