Whether these festivals have helped Epcot become a better park or further eroded the identity is certainly up for debate. While this isn’t the type of hot take the internet is known for, I think the answer falls somewhere in the middle. All four of these festivals started with somewhat noble intentions and added something interesting to World Showcase. But, they have also added to the Frat party atmosphere that World Showcase now has on weekends, and that’s a negative in my eyes. A few of these festivals would have fit in with Epcot in the park’s hey day, but at times they also feel like a cash grab. 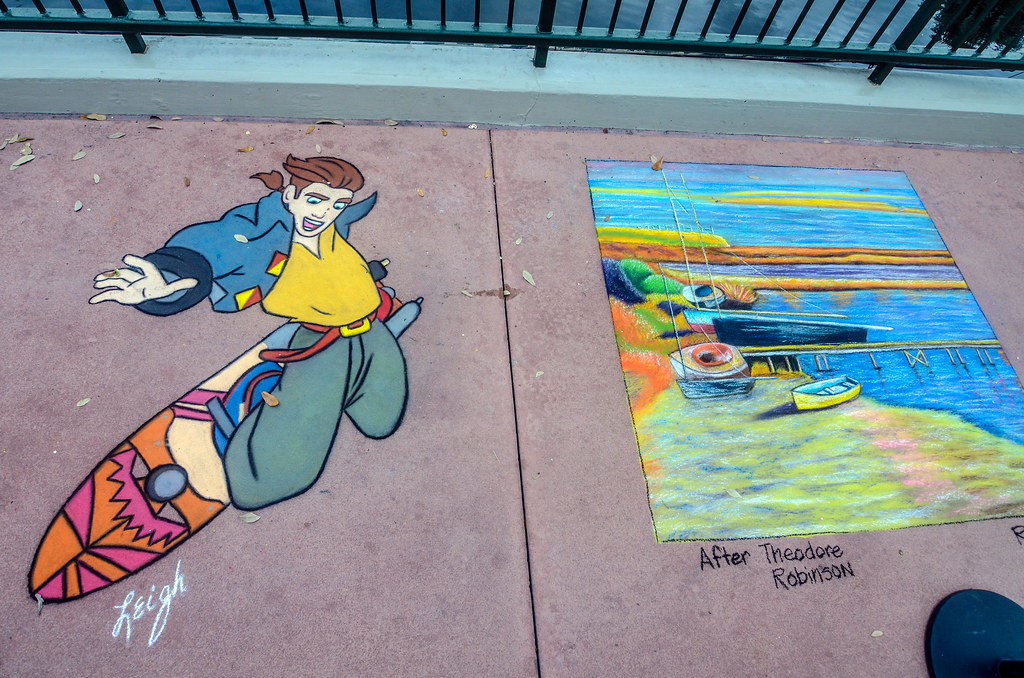 In short, because this is likely a post for another day, these World Showcase festivals make the current iteration of Epcot more interesting but have also moved the park away from its original mission. I probably shouldn’t lump all of the festivals into that generalization but summing up Epcot’s current state in relation to festivals in two paragraphs is a tough task.

As for this post, it’s a much simpler debate than the above subject, although likely more useful to your vacation plans. I’ll include some of the positives (and negatives) about each festival. If you’re planning an adults trip or even a trip with really little ones then I’d take into consideration what festival season you’ll be visiting during. Everyone has different tastes so some may appeal to you more, although I’ll try to make the case for my favorite.

Over the last 3 years we’ve experienced all four of Epcot’s festivals, and most of them multiple times. My rankings are mainly centered around my personal thoughts but I did try to factor in entertainment, food and drinks, and other unique items offered for each festival.  Let’s get to the rankings!

Honestly, my last place finisher catches a bit of a raw deal. Before the festival existed, most of the park’s Christmas entertainment was already in place. When factoring that in, the Festival of the Holidays didn’t really add that much to the park. In fact, the food booths are really the largest addition that the festival brings, and the Holiday Kitchens offer less interesting items than all of the other Epcot festivals.  There have been a few entertainment additions, including a gospel band named JOYFUL! performing on the Future World Fountain Stage that is fun to watch. 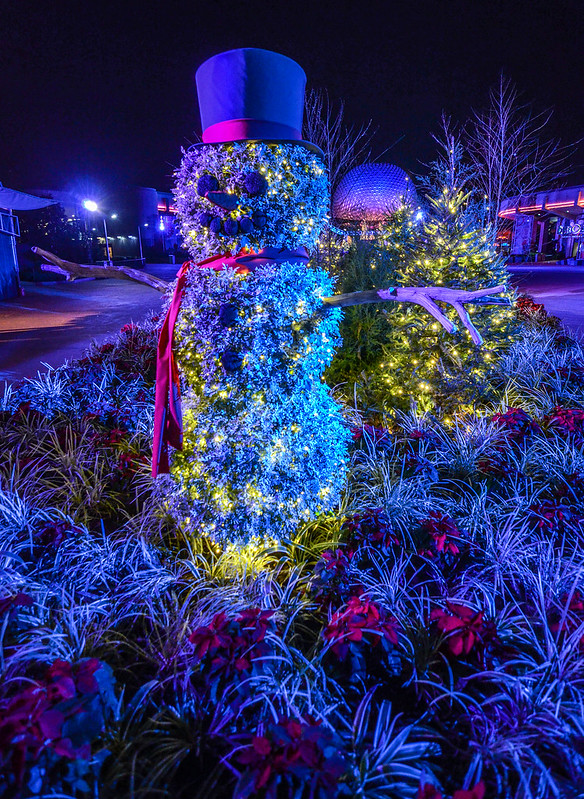 Although my enthusiasm for the actual festival is tepid, don’t take that as a sign that I dislike Epcot at Christmas. On the contrary, Epcot is my favorite Disney Park at Christmas in large part because of the excellent entertainment. It remains to be seen if the Peace on Earth Tag will remain when the park’s new nighttime spectacular is introduced later this year. What will remain for sure is the stunning Candlelight Processional, one of my fall-time favorite experiences at Disney World. On top of that, most of the World Showcase Pavilions have entertainment that showcases how that particular country celebrates the holidays. If you consider this entertainment part of the festival then it should arguably by number one on this list. I don’t consider it to be part of that and find the Holiday Kitchens underwhelming and crowded, so the Festival of the Holidays finishes in the bottom spot.

The original festival is undoubtedly the most popular. While Disney World isn’t considered a ‘locals resort’ like Disneyland or Tokyo Disney Resort, many locals will frequent Food & Wine Festival, especially on the weekends. Food & Wine offers more festival kitchens (food booths) than any other Epcot festival and generally has some really interesting snacks and drinks to try. There’s also food and drink workshops, special events and a concert series to take part in. Many people will spend an entire day drinking and/or snacking around all of the booths and it certainly makes for an enjoyable day. 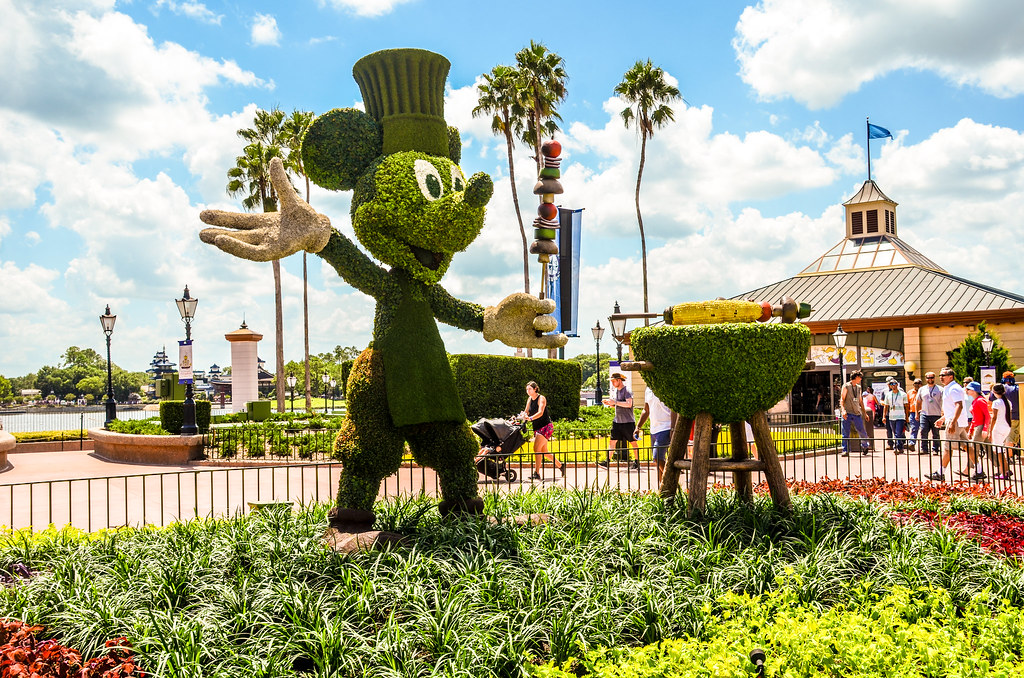 Food & Wine Festival’s major drawback is the crowds. On the weekends, the park becomes nearly insufferable, acting somewhere between a beer garden and frat party. While World Showcase’s goal is to experience new cultures in an inviting and easy setting, Food & Wine can lose that environment because there are too many unruly people. Before I go on a full “GET OFF MY LAWN!” rant, I should say that I certainly understand people having a good time. There’s absolutely nothing wrong with drinking around the world or anything else that has become a Food & Wine tradition. Where the festival runs into problems is when people start to infringe on another guest’s enjoyment. Unfortunately, that’s what Food & Wine has become part of the time. That plus not as much entertainment as other festivals lead to a third place finish. Don’t let that scare you away though, Food & Wine on a weekday in Fall is a great experience.

Epcot’s Flower & Garden Festival has a nice blend of interactive exhibits, visual destinations and Outdoor Kitchens to make for a beautiful festival. There are a number of gardens and beautiful topiaries, including the butterfly garden which is a favorite of ours. Disney World’s beautiful spring only augments the Flower & Garden Festival as it’s the most colorful time of year to explore Epcot. Along with the gardens to explore, there is a complimentary tour in the UK Pavilion that will explore the tea and gardens. There are several other interactive areas as well as a concert series throughout the festival. 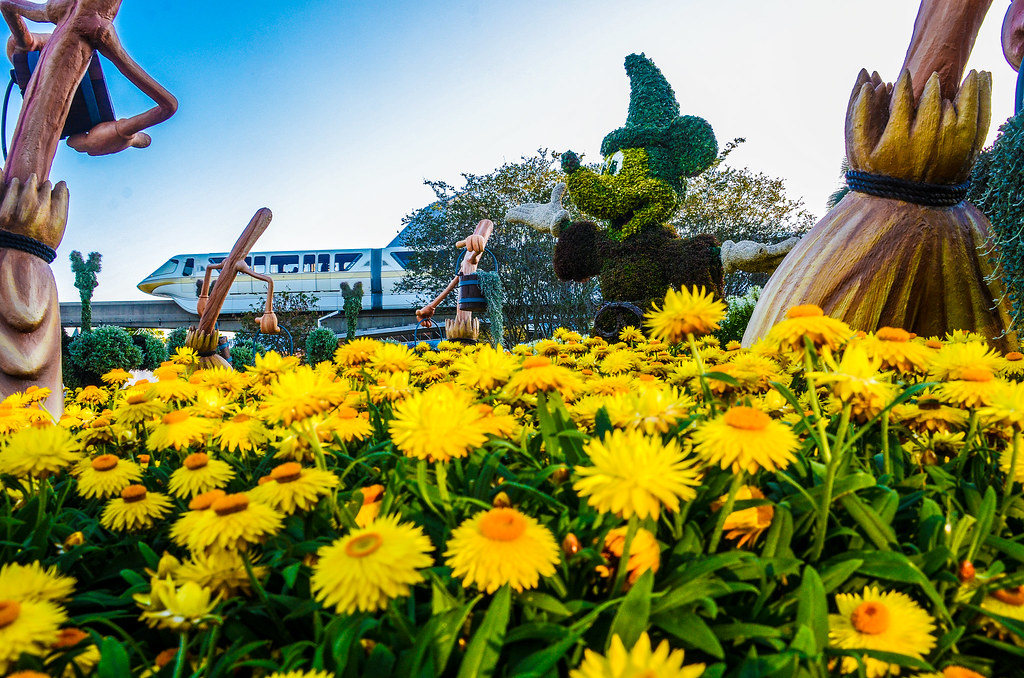 The Flower & Garden Festival is quite popular but not to the degree of Food & Wine. Spring break crowds can make the festival frustrating but other times (early May being our top pick) the park is clear and it’s easy to enjoy all the festival has to offer. If there’s another knock on the festival it’s that the Outdoor Kitchens are not as elaborate or interesting as Food & Wine, although there’s still plenty to try. The Epcot International Flower & Garden Festival is a fantastic addition to Epcot and certainly adds to the beauty of the park.

Festival of the Arts earns the top spot due to the execution of a noble concept. While the other festivals can feel like a blatant cash grab, acknowledging art from throughout the world feels more organic and it’s easier to see where your money is going. Don’t get me wrong, there are still plenty of Outdoor Kitchens to make Disney money and I’m sure the company gets a decent portion of the art sold in the festival. But, exploring the beautiful paintings, drawings and other works of art throughout the festival is a welcome change rather than just walking through another gift shop. Having the artists right beside their work, and sometimes working on things as guests watch, is exciting and a nice touch. 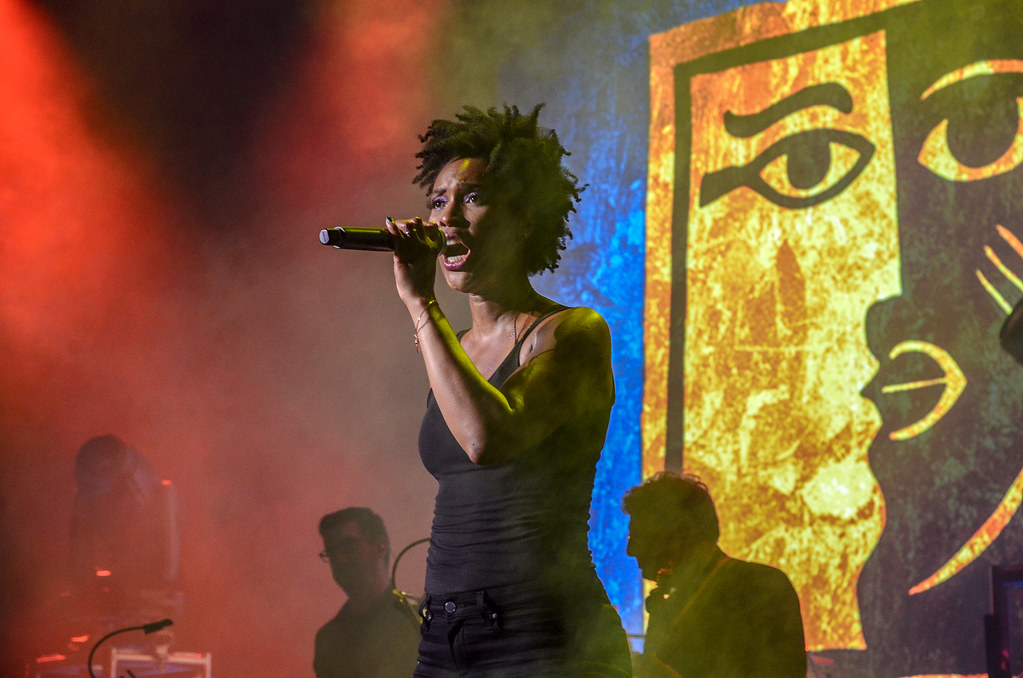 There’s also plenty of art for guests to experience, outside of what’s sold. I especially enjoyed the sidewalk chalk drawings. There are paintings that guests can take part in, helping to complete one giant mural throughout the day. Along with that there are daily workshops such as an animation academy as well as a daily seminar by different people in the industry. We were able to hear a long-time Disney animator John Pomeroy and greatly enjoyed his presentation. At night, there are three showings of the Disney on Broadway Concert Series featuring Broadway stars singing a variety of songs. This was another incredible experience that we went back for several times. I like the Broadway Concert Series far more than the concerts offered during Food & Wine and Flower & Garden.

I don’t really have anything negative to say about Festival of the Arts. It’s an exciting idea that fits Epcot’s embrace of cultures and Disney executes it well. It is the one festival that I would specifically plan a trip around. The Outdoor Kitchens are ambitious although slightly overpriced and they don’t offer quite as much as Food & Wine Festival. Otherwise, I couldn’t recommend Festival of the Arts more. 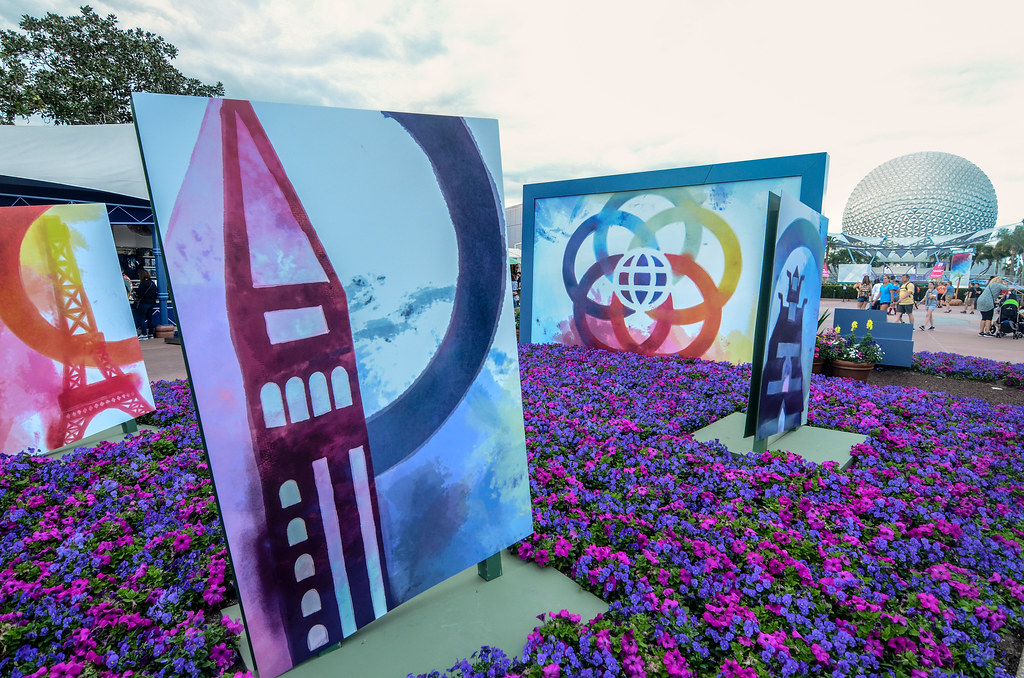 There are times of the year when Epcot’s festivals make the park worse. When looked at in totality, it’s hard to argue that any of them are bad or not worthy of your time. Each of the four offer something interesting to try or see. The crowds can get overbearing and the food can cost way too much but all of the four are enjoyable and, for now, an essential part of Epcot.

What is your favorite Epcot festival? Let us know in the comments! Planning at trip to Disney World? Check out our Disney World Trip Planning Guide. If you enjoy what you’re reading here on Wandering in Disney, please subscribe to the blog on the right side of this page. That’s where you can find links to our social media accounts, as well. Thank you for reading!