Last night quotes surfaced from an interview Bob Iger recently (Disney’s CEO) did from Barron’s.  In the interview, Iger said that Star Wars: Galaxy’s Edge will open in Disneyland in June and released more details about the project.  He also addressed ticket prices and the parks as a whole.  One quote in particular caught the eye of the Disney fan community.

It’s not like “I’m going to ride some nondescript coaster somewhere, that maybe is [themed like] India or whatever.” -Bob Iger

Expedition Everest, or whatever. pic.twitter.com/TpVkN9lAAi

Thanks to Showcase of Wishes on Twitter for pulling out the quote, which is up above in that Tweet.  That account clearly thinks Iger is referring to Expedition Everest and I’m inclined to agree with them.  Later in the night, Joe Rohde, the lead Imagineer on Animal Kingdom, sent out this Tweet/Instagram post.

Expedition Everest. Now here’s a thing. When we started out this project, it was going to be set in Bhutan, because Bhutan has a climate that is much closer to Florida’s. And Bhutan has… https://t.co/Z3jnRA36kE

Coincidence or some excellent subtweet Disney drama?  Again, I’m inclined to believe the latter.  Having said that, this blog isn’t really here to try to break down the relationship between Iger and Disney’s best Imagineers.  Since I began writing this post, Bob Iger did Tweet this out.

For the record, I love Expedition Everest & the whole land around it, and I never suggested otherwise. It is distinct, not nondescript, as its popularity suggests!

Now that all of the drama is out-of-the-way, let’s get to some actual commentary.  I’m giving Iger the benefit of the doubt and have no reason to believe that he doesn’t like Expedition Everest.  Maybe he’s trying to save face after backlash from the quote but it’s just as likely that he came up with a poor choice of words.  My bigger issue is with the full Iger quote above.

Bob Iger’s legacy as Disney’s CEO is a complicated one, as it is with most Disney CEO’s in the last 50 years.  During Iger’s tenure Disney has seen incredible growth and a financial boon.  Acquisitions of major franchises include (but certainly aren’t limited to) Star Wars, Pixar, Marvel, Muppets and, most recently, 21st Century Fox.  The Disney movie side of his tenure has been a phenomenal success, even if you aren’t a fan of Disney acquiring franchises and expanding their brand.  Put Marvel and Pixar aside and we’re still left with two great Wreck-It Ralph films, Moana, and Frozen.  This string of films hasn’t been matched since the Disney animation renaissance of the early 1990’s. 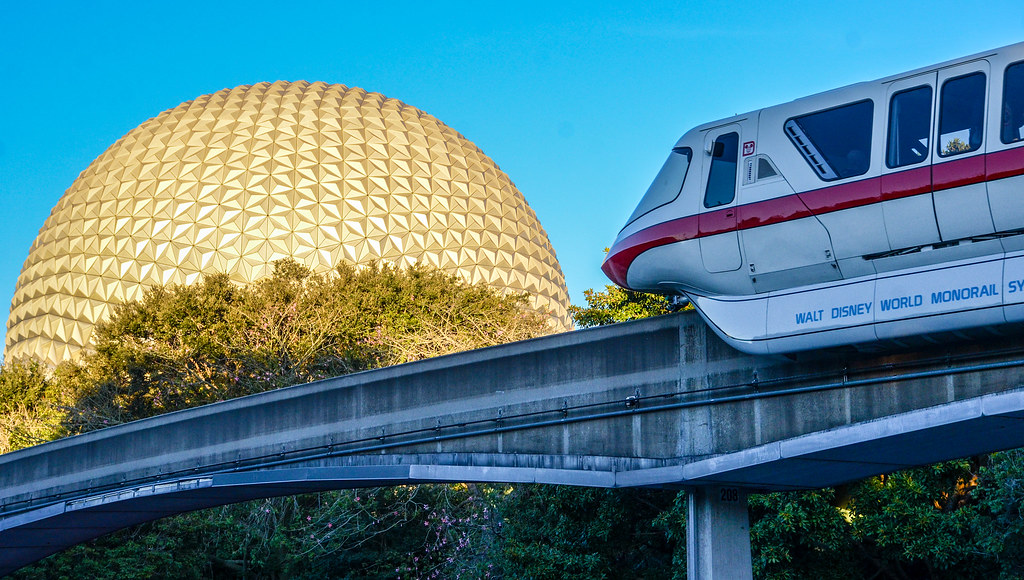 The theme parks are a slightly different story, as they have felt like a bit of an afterthought for much of Iger’s tenure.  A lack of investment at Walt Disney World in prior to the last few years put the vacation kingdom in a hole they’ve had to crawl out of.  A significant investment was put into California Adventure but Disneyland remained without significant additions.  As the calendar turns to 2019, Disney fans will be treated to large investments put into the park – namely Star Wars: Galaxy’s Edge.  After a largely dormant decade (aside from California Adventure) there is plenty of investment in the parks.

While I’m thankful for that investment, I’m uneasy about where those investments are going.  As Iger specifically states, all of those major investments are tied to franchises.  Epcot has already received Frozen Ever After and construction is ongoing for Guardians of the Galaxy and Ratatouille attractions.  Hollywood Studios saw Toy Story Land open last year and Star Wars: Galaxy’s Edge and Mickey & Minnie’s Runaway Railway opening this year.  Tron is coming to Magic Kingdom.  Avatar came to Animal Kingdom.  Frozen Lands and Marvel attractions are being added all over the globe. 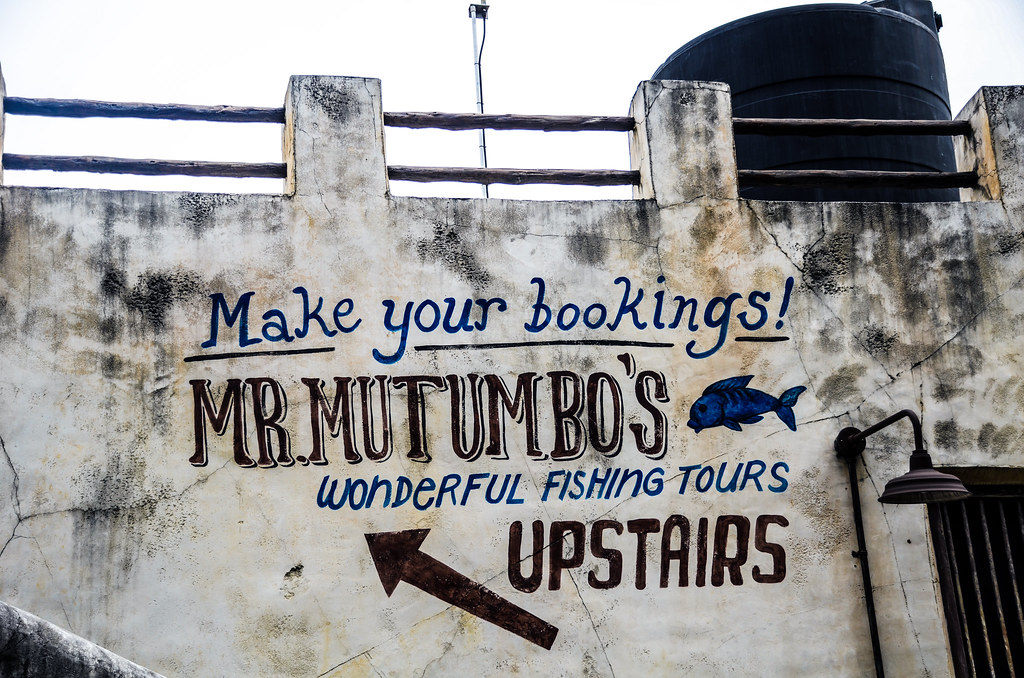 Don’t get me wrong, many of these attractions fit in the theme parks they’re going into.  I’m also confident that all of these attractions, in a vacuum, will be well made and a good amount of fun.  But there’s a trend – not a single original attraction is in production in the U.S. and hasn’t been for over a decade, outside of the water parks.  All of this to say, Bob Iger is a businessman first and foremost, meaning that nearly every movie and park decision is made with money in mind.  Synergy between movies and the parks is a goal, as seen by the quote above.

What this leads to is a lack of storytelling in these new attractions and areas.  While no one can argue that Cars Land, the Wizarding World of Harry Potter, and Pandora are all immersive and wonderful experiences, they don’t have to tell as story or do any world building because fans are already familiar with that story.  Meanwhile, broader themed lands seem to be a thing of the past. 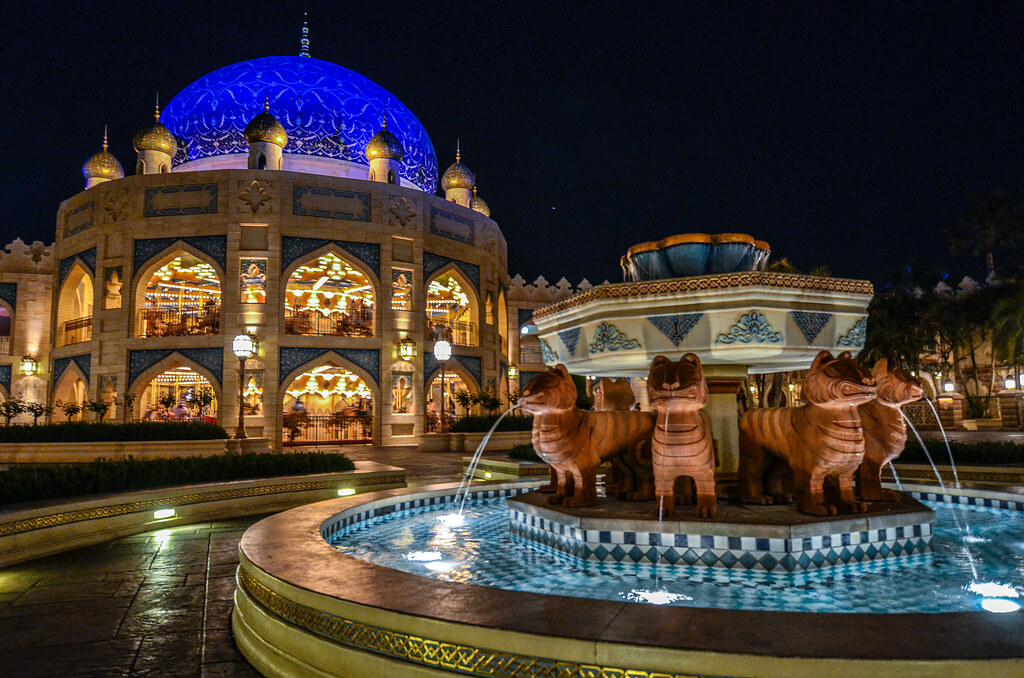 These broader themed lands that may be themed to “India or whatever” are what castle parks are based on.  Frontierland and Adventureland are highly successful areas because they encompass so many attractions.  The South Pacific and Old West architecture in those two lands is inviting.  I’ve never heard someone complain that those areas aren’t great because they aren’t directly tied to a movie franchise.

Of course, Frontierland and Adventureland are older examples.  In the last 20 years, theme parks have brought us incredibly immersive but broad in theme lands like Animal Kingdom’s Discovery Island, Africa and Asia or DisneySea’s American Waterfront, Arabian Coast, Mysterious Island and Mediterranean Harbor.  Even more recently, California Adventure has rethemed the area around Soarin’ to Grizzly Peak, a beautiful area that can encompass multiple attractions that don’t need to be themed specifically.

All of these lands give a sense of place and story that give attractions room to tell their story.  That won’t exist in Toy Story Land or Pandora.  Attractions there are shoehorned into being attached to the movies.

Going from the broader lands to specific attractions, Disney hasn’t built a non-IP major attraction (outside of a water park) since Expedition Everest.  That opened in 2006, just one year after Iger was named CEO.  When Disneyland opened it was a unique medium for storytelling.  Pirates of the Caribbean, Haunted Mansion and many other attractions were groundbreaking and still are to this day.  There wasn’t an emphasis of everything being attached to the movies Disney was making and this led to the parks feeling like their own thing, not just a reminder of all the great work Disney has done in movies.  This was what made Epcot Center so unique when it opened.  It’s also what makes Animal Kingdom and DisneySea such spectacular experiences.  While still having Disney tie-ins, these parks were all unique in telling a story.

Again, I’m not against attractions being based on movies.  Disneyland has built these since it’s opening and has always balanced original vs. movie tie-ins well.  I just believe in a mix of all of these things.  Iger openly admitting to thinking that building lands and attractions based off of movies instead of being original is discouraging, especially to someone like me who enjoys the Disney parks more than their movies.  Attractions and lands offer a unique way to tell a story.  If those are based on movies that already have their stories built in then we are losing that form of originality.  While one way might be more prosperous at first, quality eventually wins out.  That’s why Pirates, Haunted Mansion, It’s a Small World and other unique attractions stick around to this day.  I hope we don’t lose that in the years to come.

That’s probably enough rambling on this topic for today, although there are other points of the interview that bother me.  Let us know your thoughts on this quote and my commentary in the comments below.  If you enjoy what you are reading here on Wandering in Disney please share this post with your friends, as well as like our social media pages.  You can also subscribe to the blog via WordPress or email.  All of those links are on the right side of this page.  Thank you for reading, we really appreciate it!