Crystal Palace is a buffet restaurant in Tokyo Disneyland.  The restaurant resides in between World Bazaar and Adventureland in the castle hub.  Crystal Palace’s architecture is almost exactly the same as its namesake in Disney World’s Magic Kingdom, with a beautiful Victorian theme.  A decent array of food is offered, both international and typical American fare as well as quite a bit of seafood.  We recently dined at Crystal Palace and this review will cover that experience as well as if we think the restaurant is a good value.

Much of the reason we booked Crystal Palace for our first full day at Tokyo Disney Resort is because it was a buffet.  This was more than a week into our trip to Japan and we thought it’d be time to stuff our faces.  We’d read plenty during trip planning that portion sizes in Japan were much smaller than Americans are used to.  While this is true to a degree, it wasn’t much of a factor.  But, we had the buffet booked ahead of time so there we were, ready to eat as much as our stomachs would hold. 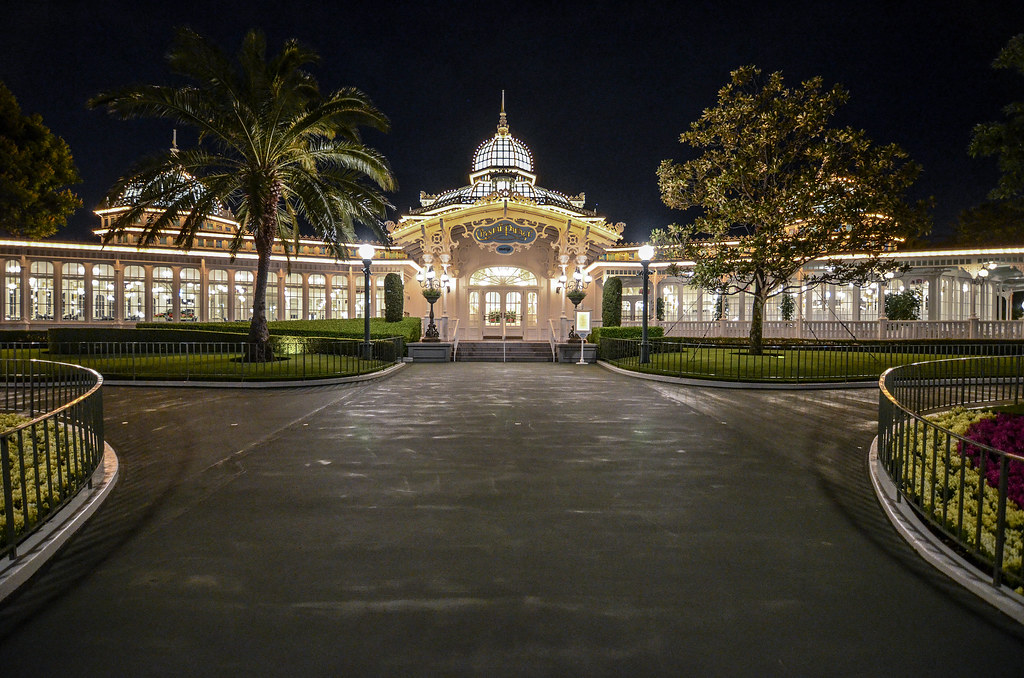 Unlike the Magic Kingdom Crystal Palace, Tokyo Disneyland’s version is not character dining.  Admittedly, I don’t love character dining so this made the environment more pleasant to me.  If you have seen the restaurant in either location then you know it’s beautiful.  The dome atrium and large windows give Crystal Palace an open and bright feeling.  There is plenty of greenery around outside and throughout the restaurant to give it some extra life. 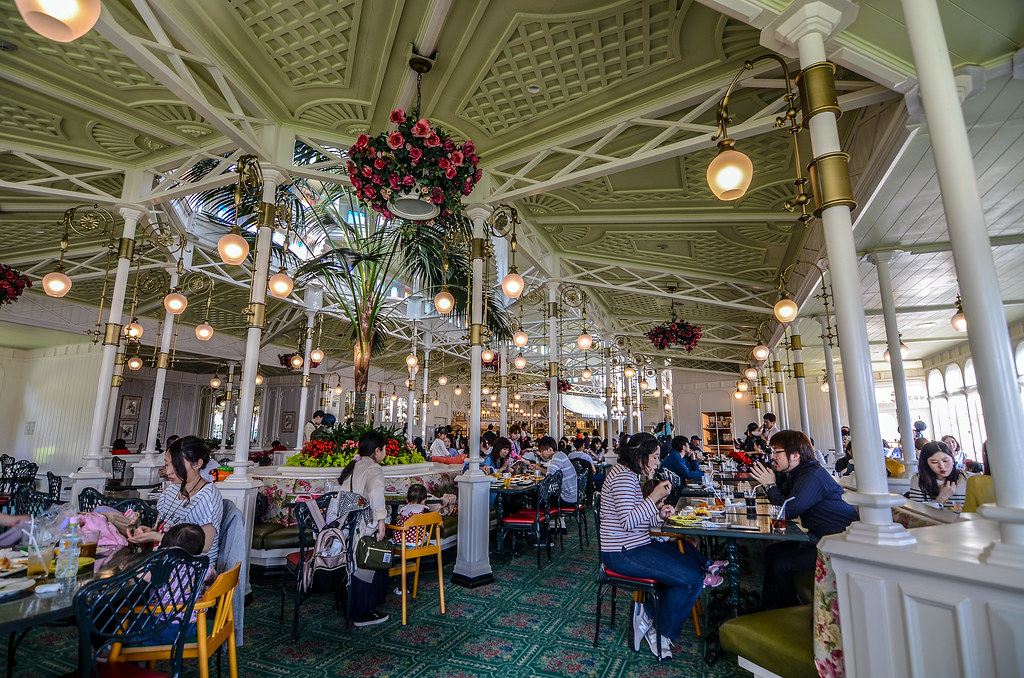 Dining at Crystal Palace currently costs a little under $30 (USD).  This is a bargain compared to Disney buffets stateside.  While not as good as Boma and a few other buffets in Disney World, the price is significantly less.  Having said that, all table-service restaurants at Tokyo Disney Resort are significantly cheaper than Disney World or Disneyland.  Unlike buffets at Disney World, Crystal Palace does have a 90-minute time limit so that guests don’t stay too long.  This was no issue for us and if you can gorge for 90-minutes without stopping then my hat is off to you.  I don’t think that should be a determining factor in deciding if Crystal Palace is right for you.

Buffet reviews are fairly hard to do because food piled on top of a plate doesn’t look all that appetizing in photos.  Along with that, there are so many items to cover and they change the menu often enough that it’s not worth covering everything.  Instead, we’ll go through a few pros and cons of eating at Crystal Palace.

Outside of the benefit(?) of grazing on copious amounts of food for an hour and a half, eating at a foreign buffet does have its advantages.  Namely, it provides a safe place to try new foods.  If you don’t like the new item you try then you can just go get something else at no additional cost.  Likewise, you may happen upon your new favorite dish without giving it a second thought.  After that, finding a similar dish throughout the park will probably be easier to do.  Just like Boma at Disney World, TDL’s Crystal Palace provides an easy place to try new food. 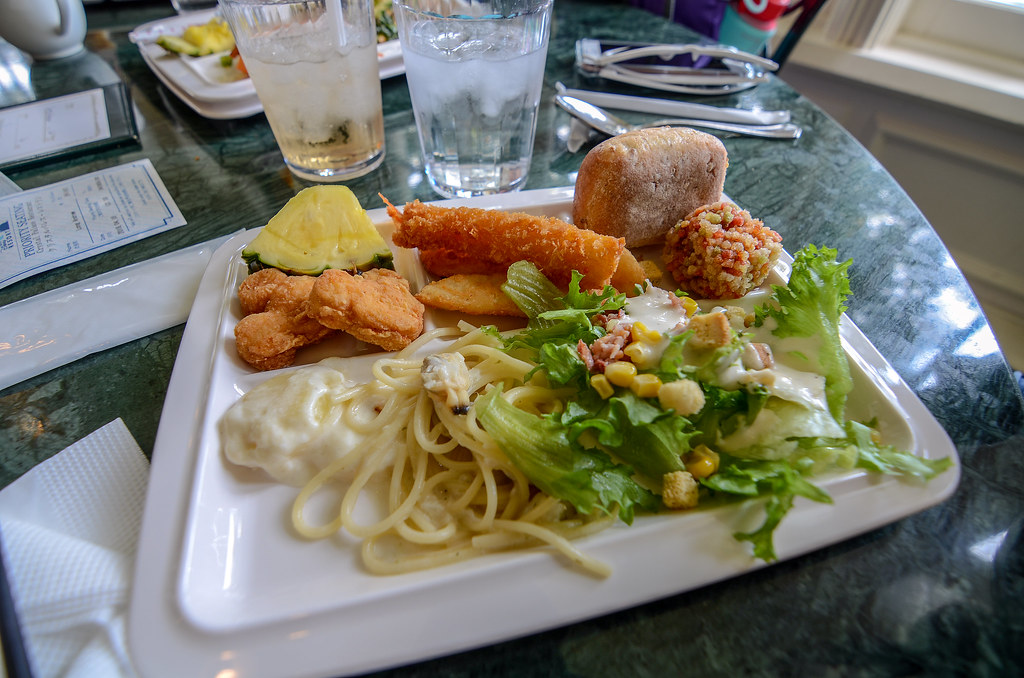 While we didn’t find the serving sizes significantly smaller in Japan, we did notice the lack of vegetables served with dishes.  Crystal Palace is a great way to make up for that.  They had several salads along with a few random vegetables throughout the food.  This might sound like a silly thing to consider but we were all thankful for a few more vegetables on the plate.  Crystal Palace is also one of the few places at Tokyo Disney Resort where it may be easier for a vegetarian, as well.

As far as the stars of the buffet, there were two – the seafood and desserts.  Throughout all of Tokyo Disney Resort, seafood is exceptional.  Everything is exceptionally fresh and full of flavor.  I especially liked a prawn soup dish with a thick broth.  The fried seafood was also solid. 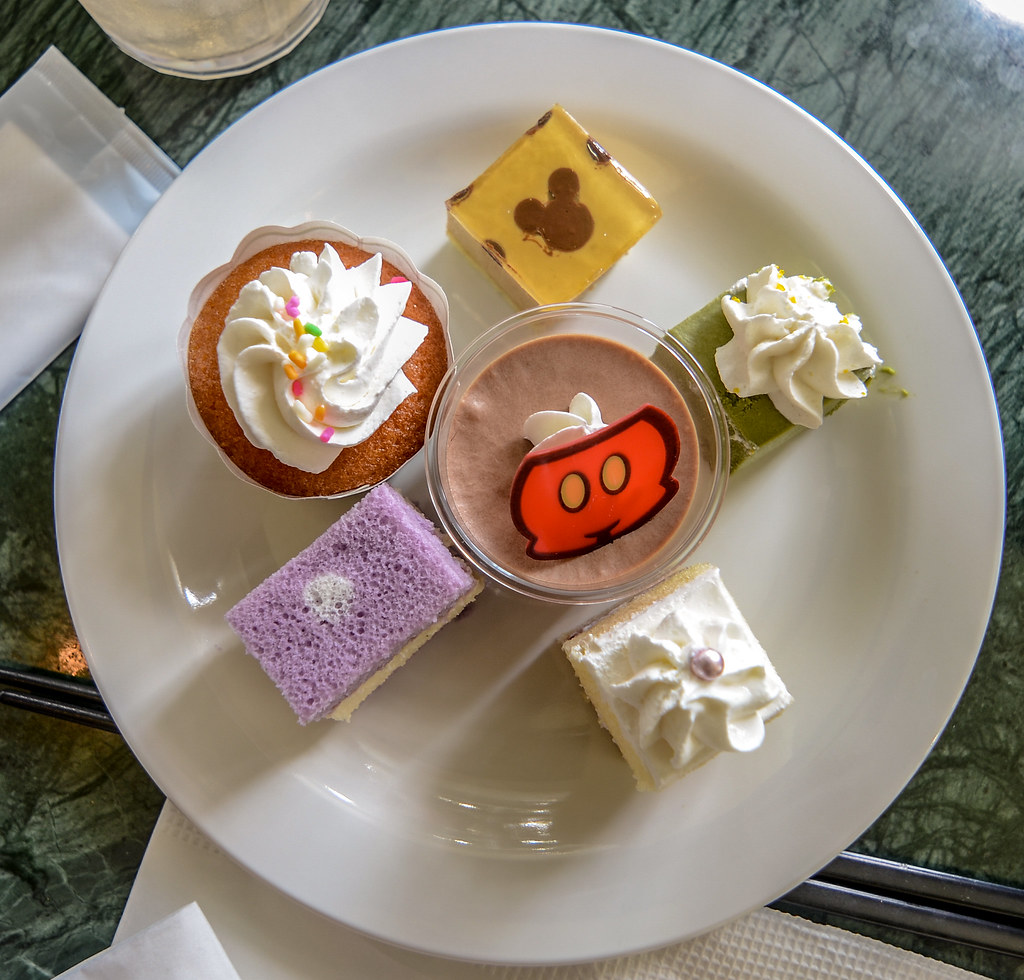 If you are looking for a place to eat as many Mickey logo’d desserts as possible, Crystal Palace should be on top of your list.  Tokyo Disney Resort is known for having cute food and this buffet certainly fit that.  I thought the cakes here were exceptional and I don’t like cake all that much.  Trying all of the desserts was my favorite part of the meal as they were all delicious.

Crystal Palace did have a few negatives to go along with those positives.  Like many other places in Japan, the beef here (and all non-seafood) was bland.  It was mostly dry and salty, not really worth your time.  There are many other restaurants on property to find better meat. 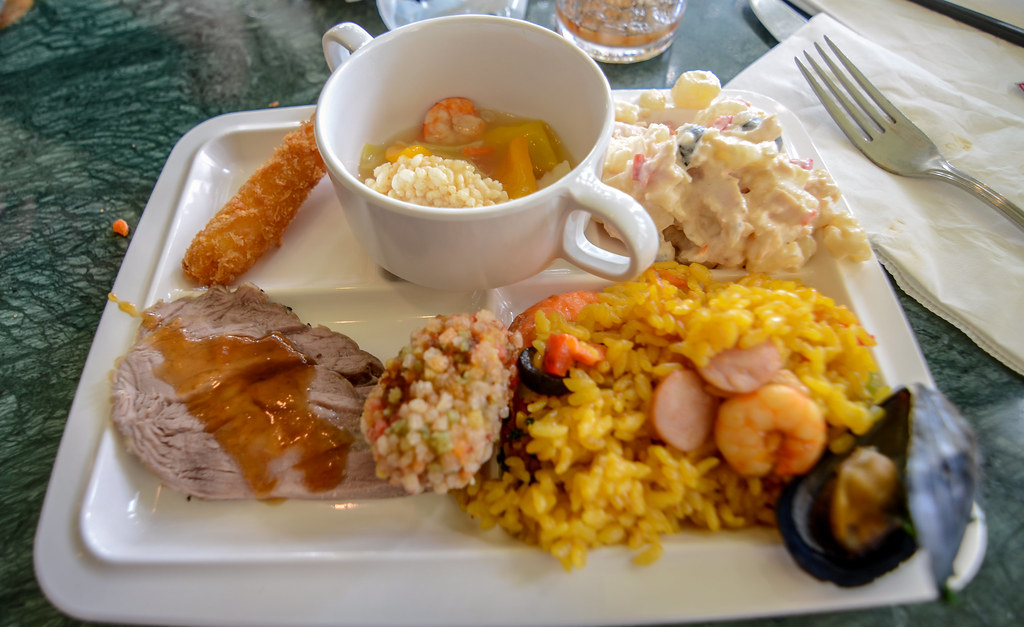 On a broader scale, most of the food at the buffet was just okay.  While there were some standouts and definitely enough quality options to make for a good meal, Crystal Palace did surpass the limits that buffets usually have.  The food suffered from being made in mass production and oftentimes lacked flavor.  While it was a good buffet, it was still a buffet.  Without a doubt, this made Crystal Palace the worst table-service restaurant (and maybe worst restaurant overall) that we tried at Tokyo Disney Resort.  This isn’t a huge knock on Crystal Palace, as the food at Tokyo Disney Resort is exceptional.

Much of whether we recommend Crystal Palace or not depends on what your own personal preference.  If you are a big eater or are looking for a convenient, cheap way to try some Tokyo Disneyland’s desserts then consider Crystal Palace.  As a whole though, we don’t recommend going to Crystal Palace while at Tokyo Disney because there are better options. 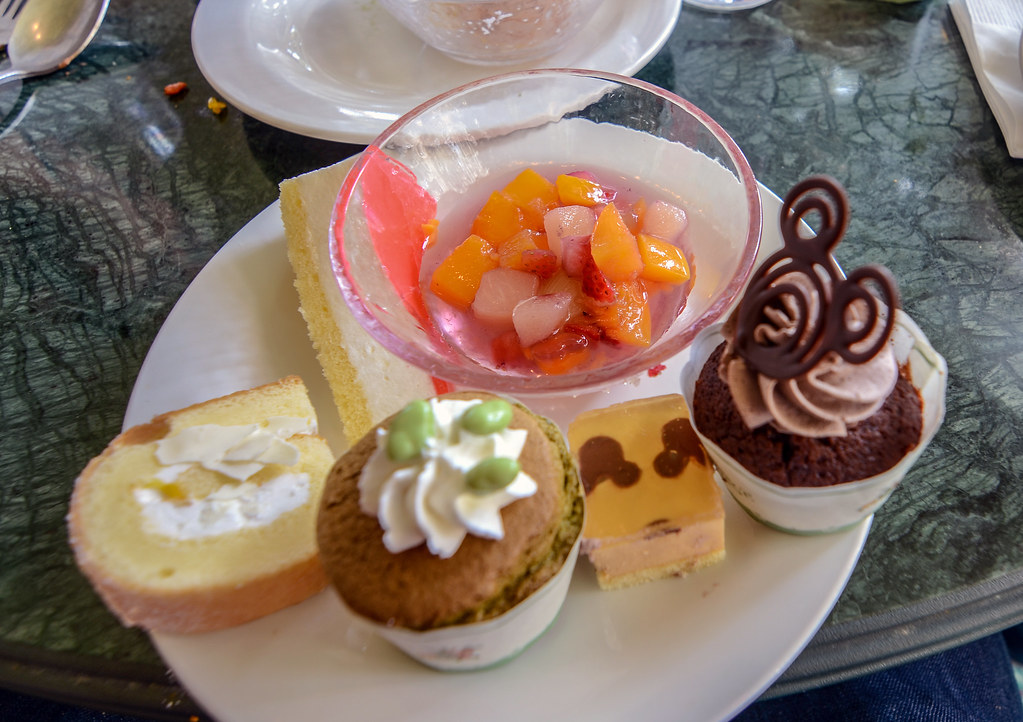 Do you have questions about Crystal Palace or Tokyo Disney Resort?  Let us know in the comments below!  You can read more about our travels in Japan click here.  If you enjoy what you are reading here on Wandering in Disney please share this post with your friends, as well as like our social media pages.  You can also subscribe to the blog via WordPress or email.  You can do all of that on the right side of this page.  Thank you for reading, we really appreciate it!