Disney Parks and 4th of July go together almost as well as baseball, barbecues and fireworks do with the national holiday.  Every year, Independence Day is one of the busiest days at both American Disney Resorts.  Part of this is simply because the holiday is in the summer and kids are out of school, as well as adults having a day or two off work.  Ultimately, I don’t recommend visiting the parks on the 4th of July unless you have no other time to visit because of the heat and crowds.

Of course, some may not be flexible in their schedule.  And there are other holidays that honor America you might be celebrating at the Disney Parks.  Perhaps, you are just a patriotic individual who would like to make Sam Eagle proud.  No matter what time of year you are going to the Disney Parks, there are a number of attractions and places that commemorate the USA.  In this post we’ll discuss the best ways to do that.  I’ll mainly be sticking in the American Disney Parks with a bonus option outside of it.  Let’s get to my favorite ways to salute America at the Disney Parks!

No sense in burying my favorite American inspired attraction at Disney Parks.  The Muppets Present… is one of the best shows at Walt Disney World.  A mix of history, comedy and Muppet weirdness, this show tells classic stories from America’s past with a little Muppet twist thrown in.  This show goes on a few times a day in Liberty Square right outside of Hall of Presidents.  Check the time listing on to see what time it is showing when you are there.  It is not to be missed! 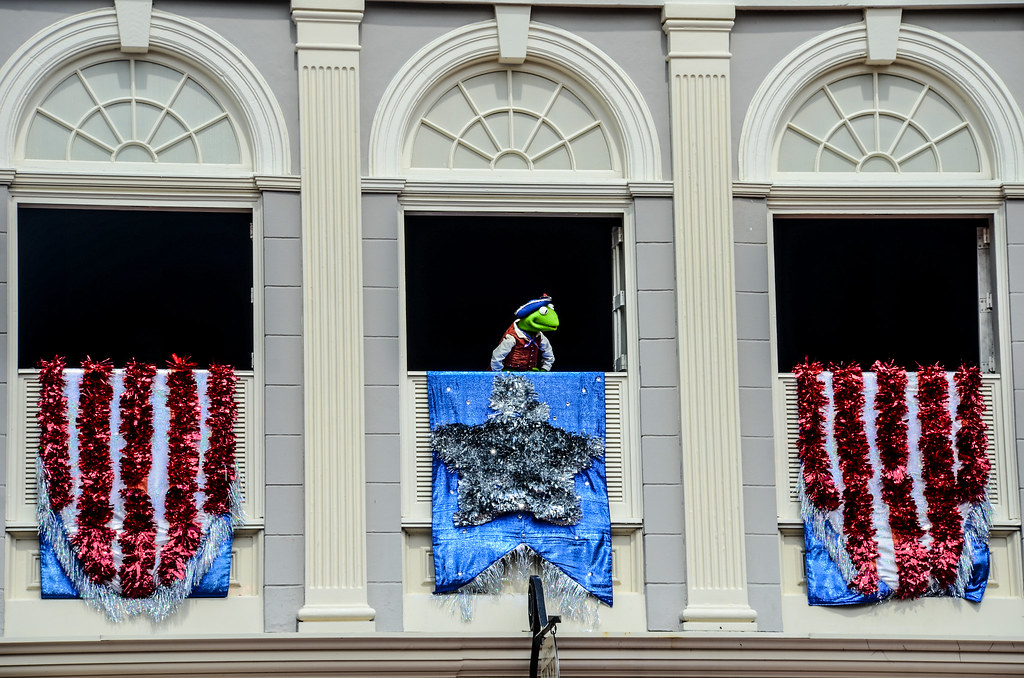 The Flag Retreat is an understated event that takes place at the very front of Main Street, around 5 PM every day.  The marching band will come out, along with the Dapper Dans (typically), to play a few songs as they lower the American flag for the day.  Throughout the show, veterans are honored in a very patriotic show.  As I said, this isn’t a big event but more of a short and sweet ceremony well worth 15 minutes of your day.

World Showcase is a beautiful way to start experiencing different cultures, and the taste of America is beautiful.  The American Adventure is a 30 minute attraction with Mark Twain and Benjamin Franklin narrating guests through the history of the USA.  There are beautiful visuals, touching moments, and exceptional engineering involved in the show.  The pre-show is no less powerful, as the Voices of Liberty perform American classics a cappella. The two experiences are different enough that they compliment each other well.  I highly recommend both. 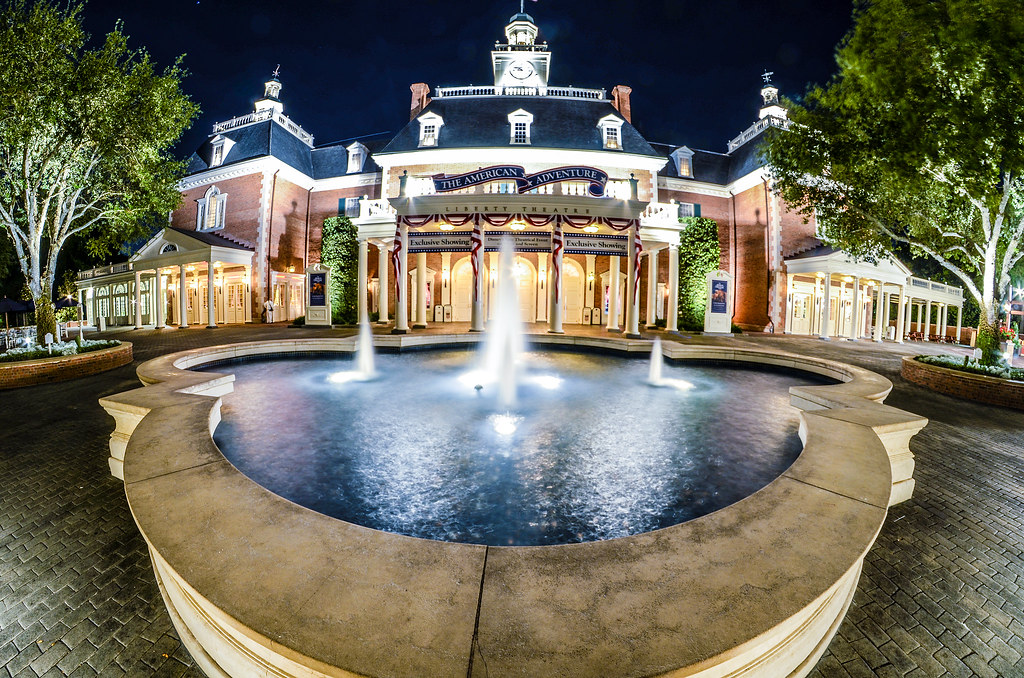 Great Moments with Mr. Lincoln and the Hall of Presidents (Disneyland and Magic Kingdom)

Great Moments with Mr. Lincoln is a beautiful attraction showcasing an animatronic Abraham Lincoln giving portions of his speeches and autobiography.  The attraction is captivating and beautiful, one of my favorite things to do in that beautiful park.  The Hall of Presidents is in that same vein, but showcases all of the presidents.  I prefer Great Moments with Mr. Lincoln but they are both patriotic and well done. 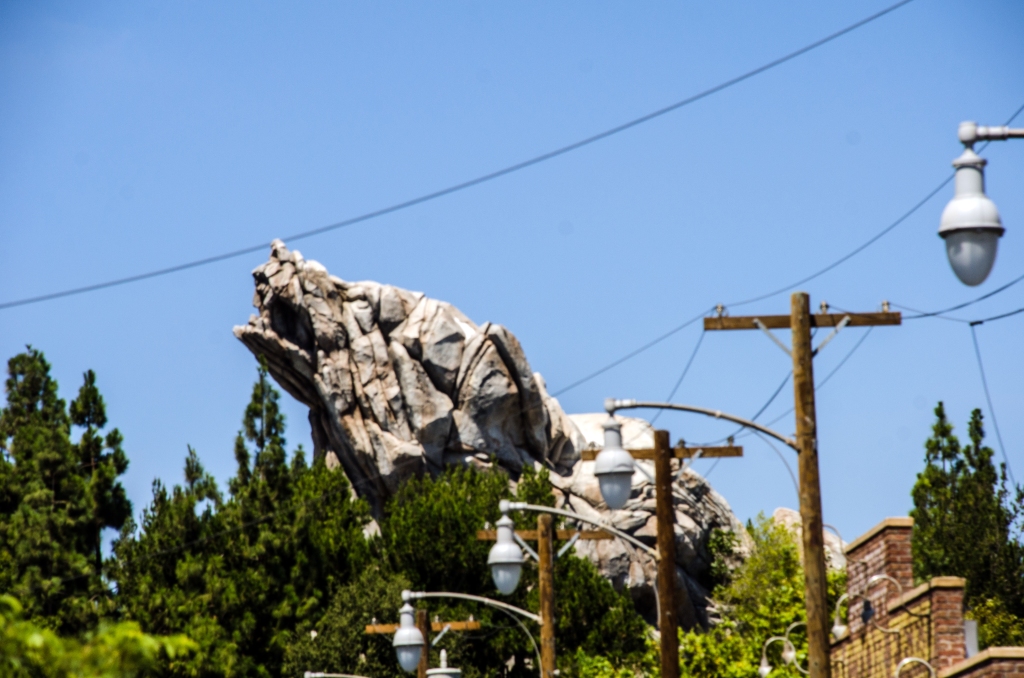 One of my favorite parts of America are the beautiful national parks and nature it showcases.  Nowhere in the parks embodies that as well as Grizzly Peak in California Adventure.  The area is very green and lush with flowing water throughout.  Within Grizzly Peak is Soarin’, showcasing places around the world, and Grizzly River Run which is another ode to America’s beautiful national parks.  While this certainly as obvious as other places on the list, it pays tribute to the country nonetheless.

Magic Kingdom’s Tomorrowland is one of the oldest attractions in that park and while not distinctly about America, tells a story of the American dream.  We see a family who grows each scene, living in the same house and a dad sharing stories about their lives.  It’s a relatively simple attraction that may be outdated but still gets a beautiful message across. 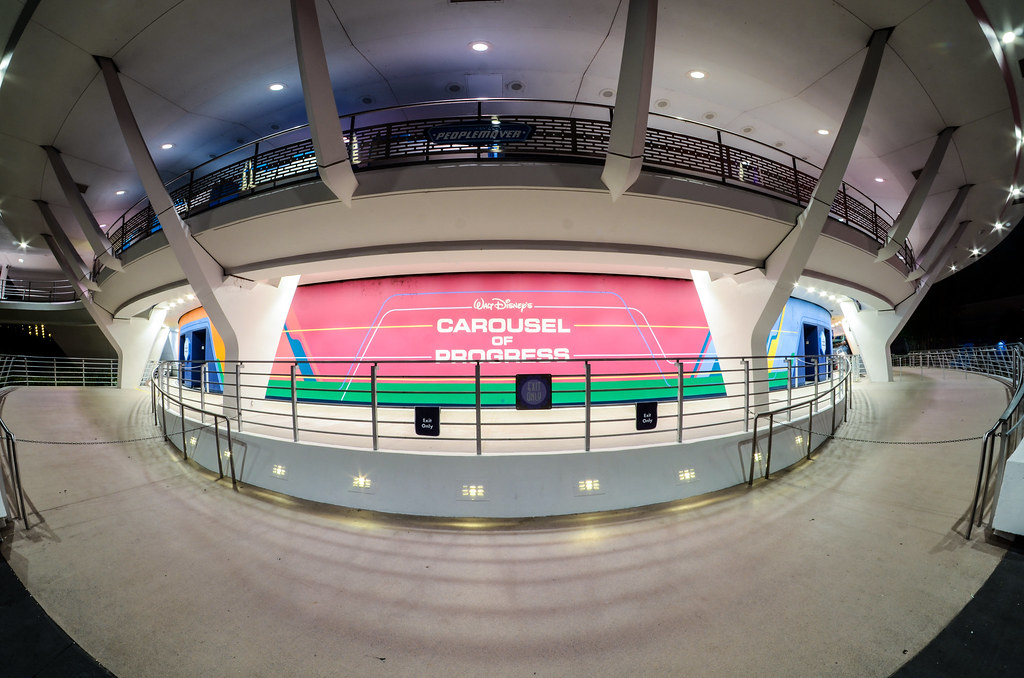 Disney Parks showcase many areas that are based off of American landmarks or history.  Even areas that aren’t based off of America are a piece of Americana.  I’d especially consider older theme park areas like Main Street, Frontierland and Fantasyland a piece of American lore.  I believe that a theme park can showcase a county’s culture as accurately as just wandering the streets of a random town.  That is probably a post for another day but Disneyland and Magic Kingdom (and the other parks to a lesser extent) certainly help prove that point.

The American Waterfront in Tokyo DisneySea is a treasure in its own right and probably should be included in this post.  We’ll get more specific though and highlight the Teddy Roosevelt Lounge from this land.  This lounge, inside of a large steamer ship, is a tribute to the former president.  There are artifacts from every portion of his life.  The lounge has a masculine feel, with hunting trophies and statues all around the lounge.  For the life of me, I can’t figure out why a place like this doesn’t exist in the American parks.  It is a perfect lounge that celebrates a former president. 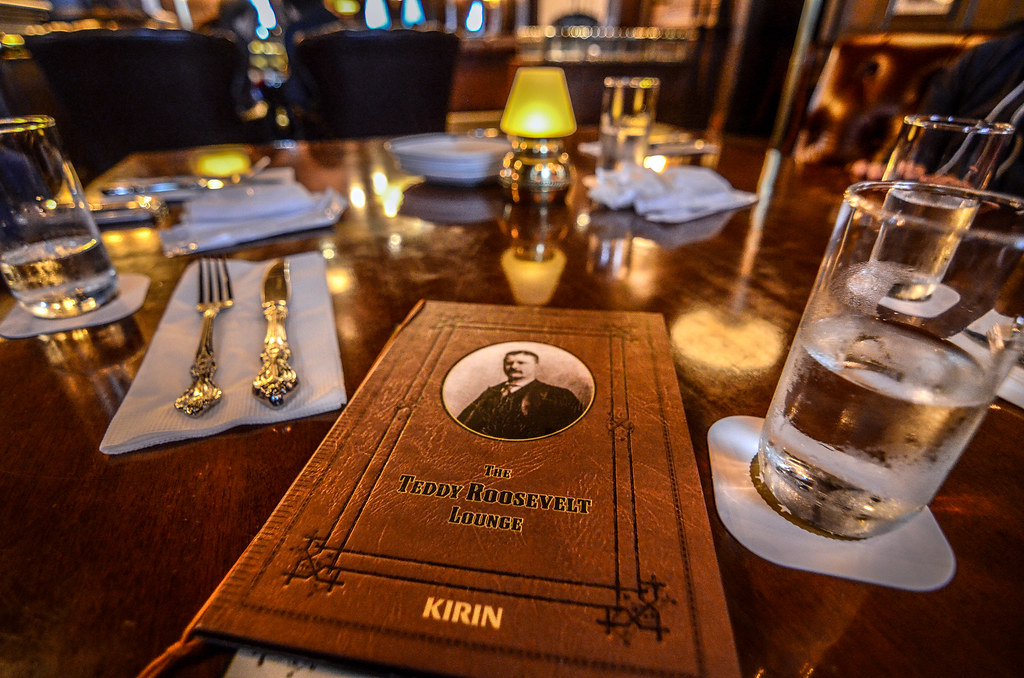 Where are your favorite places to celebrate America in the Disney Parks?  Let us know in the comments!  Thank you for reading Wandering in Disney.  If you enjoy what you’re reading please subscribe to the blog via WordPress or email and like our social media pages.  You can do both of those things on the right side of this page.  Have a great day!