Vulcania is a counter-service restaurant in Tokyo DisneySea’s Mysterious Island.  The restaurant is inside of the park icon, Mount Prometheus.  Vulcania serves Chinese food from roughly $8-$15.  We recently had dinner at Vulcania and this review will cover that experience.

Mysterious Island is one of the many incredible lands in Tokyo DisneySea.  Inspired by Jules Verne’s novel of the same name, the land (port of call in DisneySea speak) is houses several rides and restaurants.  The land, although set in the 19th century, takes a view into the future and mixes a bit of steampunk with ingenuity.  From a simple perspective, Mysterious Island is incredibly colorful and has a great kinetic energy. 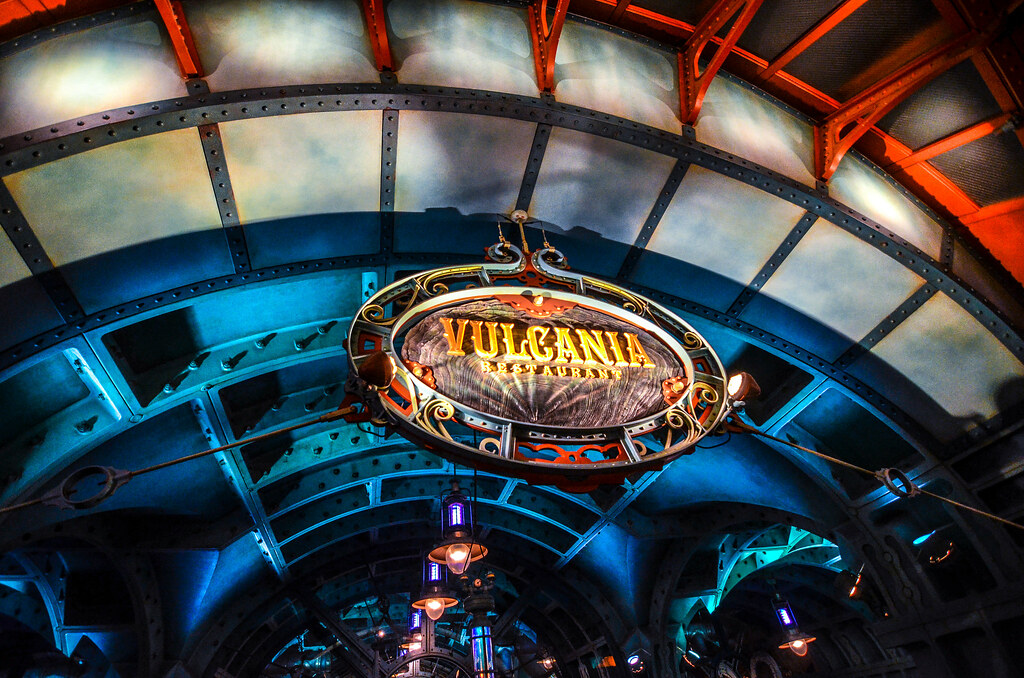 Vulcania’s back story, in short, is that it is a mess hall for Captain Nemo’s men.  Captain Nemo has his submarine docked outside the doors of Vulcania in Mysterious Island.  The mess hall was carved out of the mountain and doubles as a goethermal station.  In the seating area it feels as if the mountain is coming to life as the lights flicker and plenty of sounds are heard. 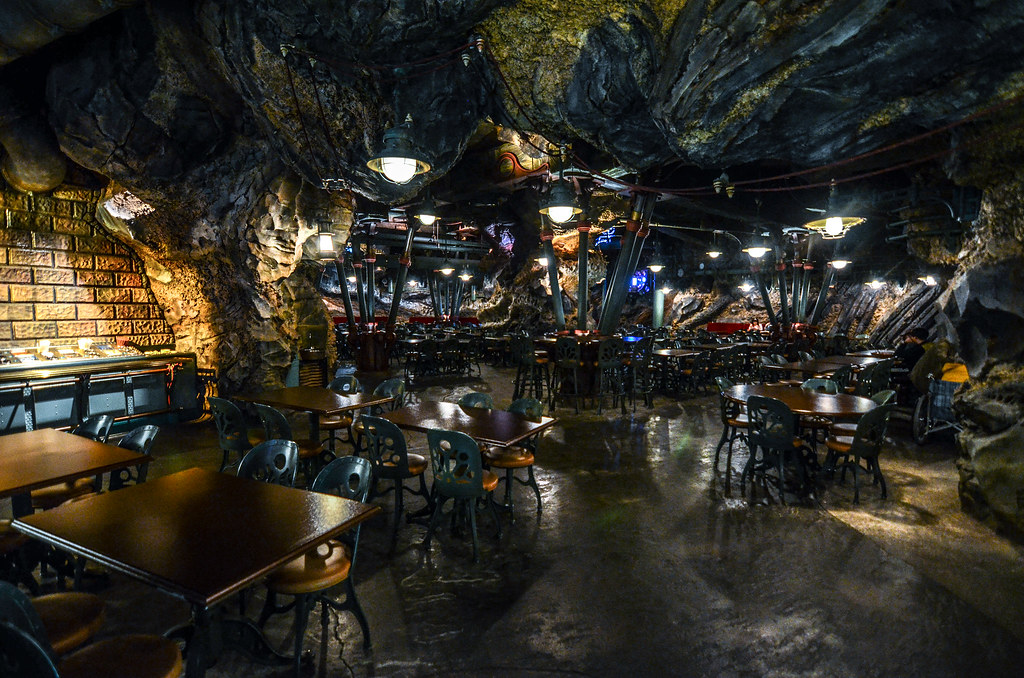 Vulcania has a buffeteria-style ordering system where guests get in line and pick out items as they go.  Many counter-service restaurants at Tokyo Disney Resort have this same set-up and it’s very convenient, especially for foreigners.  It’s nice to be able to see what you’re ordering and easy to point to the items you want.

Another common Japanese custom is the ‘set meal’.  This is essentially a combo meal where a side item or two and a drink is added to the entrée.  You’ll encounter the set meals and nearly every restaurant in Japan.  They are great to share or just have by yourself if you are hungry.  On this certain night Melissa and I shared a set meal at Vulcania.

As I said, we went with the set meal that included Sweet and Sour Pork, fried rice, Dim Sum and a drink.  We’ll take the items one-by-one. 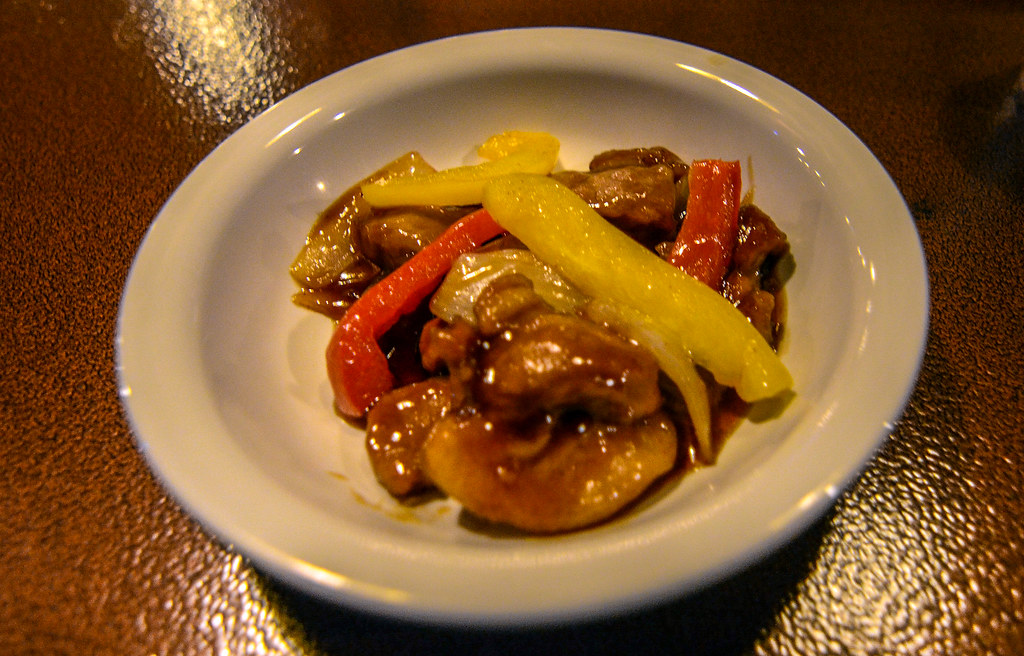 The Sweet and Sour Pork was juicy and flavorful.  I liked the sauce which gave the dish a sweet taste with a slight spice.  The pork was tender and delicious.  This was one of the better counter-service entrees I’d had. 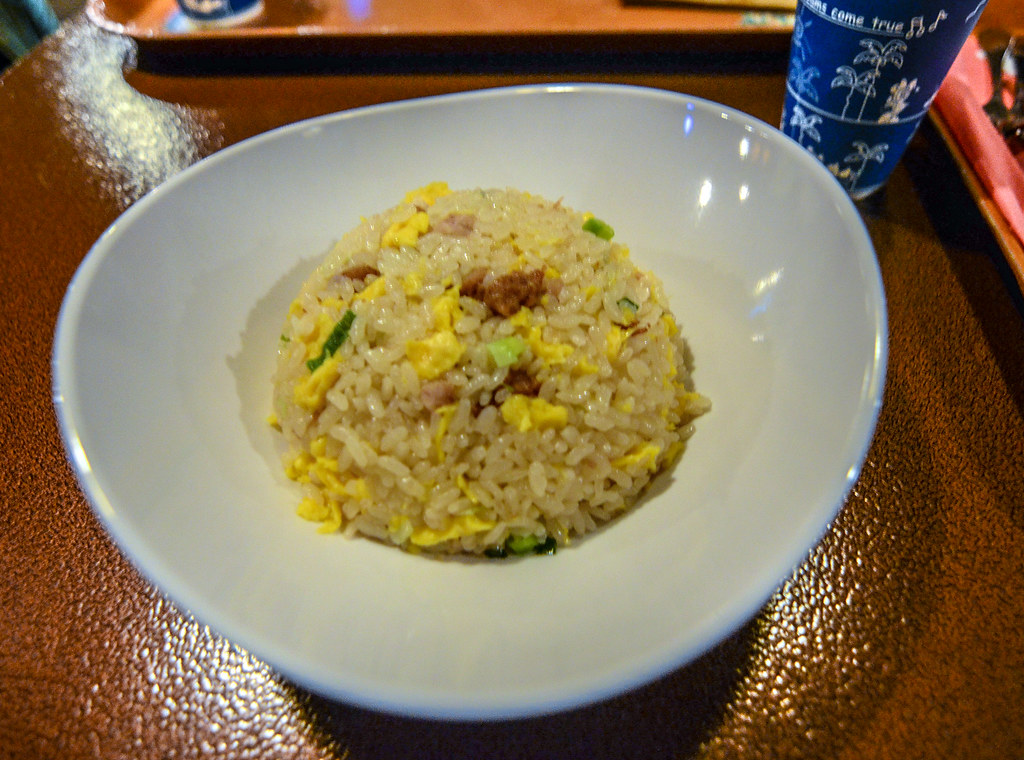 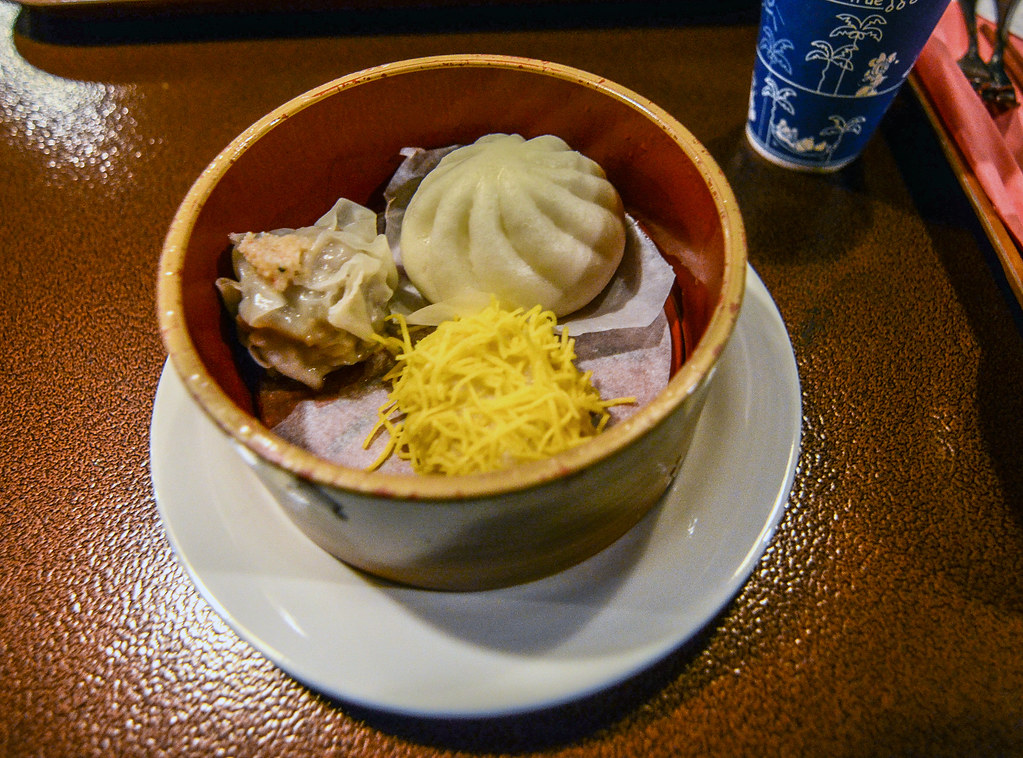 The dim sum may have been the highlight of the meal.  All three of the items above were filled with meat (among other things).  My favorite of the three was the one on the top left of the photo.  This had sausage inside and the dough on the outside was juicy.  I’d recommend all of these items to anyone who dines at Vulcania.

As for value, we had the set meal for 1,700 yen (roughly $16).  Melissa and I shared it, and while we weren’t that hungry, it was plenty of food.  If you just go for an entrée instead of the set meal then the cost will be under $10 per dish.  I thought the prices were pretty standard for a counter-service meal.  When factoring in the quality of the food (high) and the environment I think Vulcania is a good value. 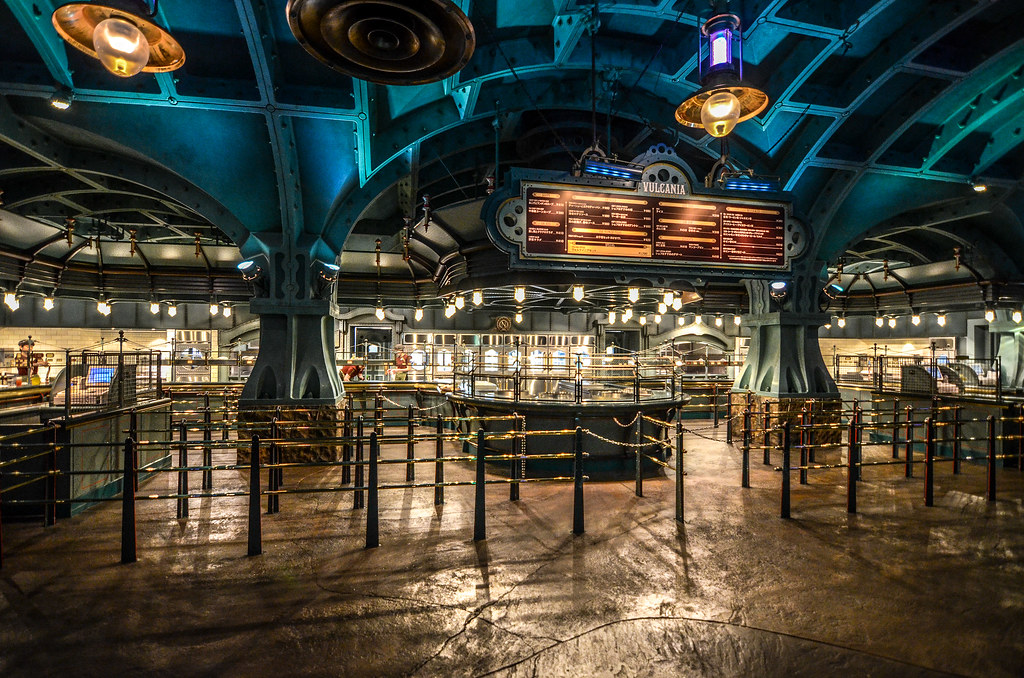 All in all, I would absolutely recommend Vulcania.  The environment of the restaurant is one of the best I’ve been in, regardless of counter-service or table-service.  Along with that, the quality of the food is quite high and delicious.  Honestly, passing up a chance to eat inside of a volcano (and not die while doing it) would be a bad choice.  Vulcania is one of the best counter-service restaurants out there.

Do you have any thoughts or questions about Vulcania?  Let us know in the comments!  If you enjoy what you’re reading here on Wandering in Disney please subscribe to the blog and like our Facebook page.  You can find both of those on the right side of this page.  Thank you for reading, we really appreciate it!