Classic Disney Attractions as Characters From The Office

This week is one of the most exciting times to be an avid Disney Parks fan.  D23 Expo is happening in a few short days and with that comes many announcements about what will soon be coming to Disneyland and Walt Disney World.  It seems with every passing day another rumor pops up about what will be announced.  A few weeks ago I thought that this expo could be kind of quiet in terms of announcements but judging from the rumor mill, that is not the case.

With this in mind, and because at this point I will just talk about the news when Disney actually announces it and not when every rumor pops up, I thought it’d be the perfect time to step away from informative posts.  Why put up something informative when it’s just going to be buried by a slew of posts in the next few days.  “Instead, put up a blog post that you want to be buried immediately.” That’s what my brain told me.  So, I did just that.

If you didn’t notice from our nearly 400 posts on this site (brag) Disney Parks are one of my favorite things in the world.  A few of my other favorite things are raindrops on roses, whiskers on kittens and The Office (U.S.).  So, why not combine them?  I’ll forget the raindrops and whiskers and save those for another post.  But, the sheer will power it has taken me to abstain from a Disney Park/The Office mashup has been superhero like.  Today, I can no longer be that hero.

Somehow this blog post doesn’t exist on the internet.  Or at least it didn’t show up on the first 4 pages of a “Disney attractions as characters from The Office” Google search. If it does exist, I’m sorry to whoever’s idea I copied. 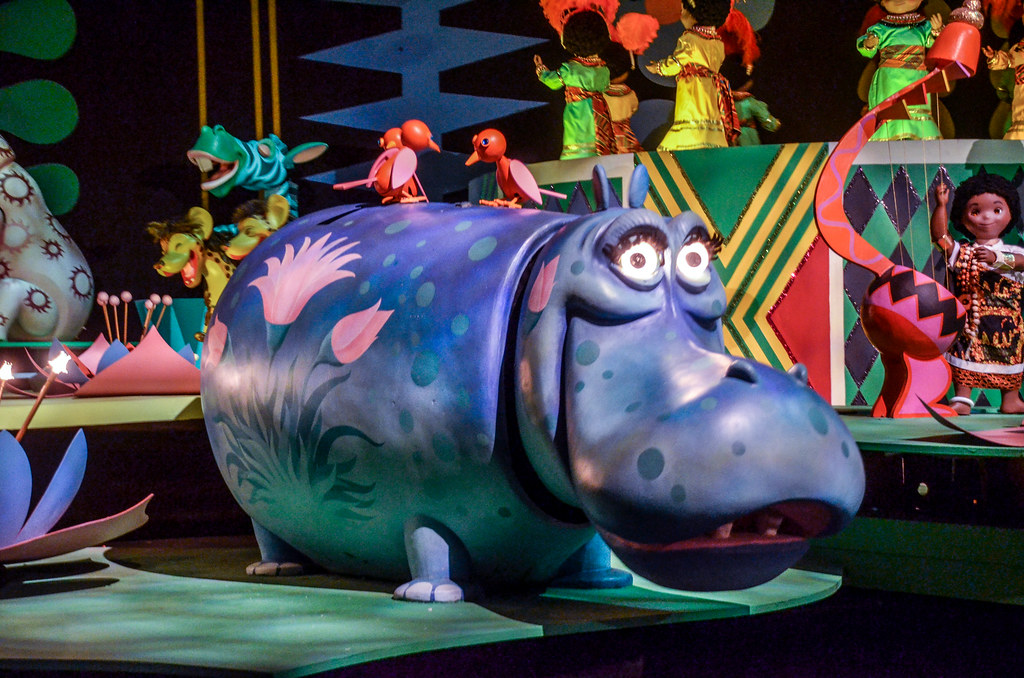 Before I cram this square peg into a round hole, I guess I should spell out the mission of this post.  Pick a character from The Office and match it to a Disney attraction.  That’s it.  Be warned, I watch way too much of The Office and some of these references go way too deep.  Some are me putting a lot of thought into it, resulting in analysis that no one will be able to follow.  Some are also just dumb.  Some are me realizing this was a bad idea after the first few words but staying committed.  Suffice to say, maybe you shouldn’t go on.  We’ll be back with our regularly scheduled programming this weekend.  Now, on to the fun.

Goofy, fun, a soundtrack that is good but could border on annoying – Splash Mountain is fun.  The deeper you look into Splash Mountain, the more impressive it gets.  As Michael goes from season 1 all the way to season 7, he builds up an incredible amount of character.  On the outside, both are still really fun.  But the inside is what make both the character and the attraction iconic.

The antithesis of Michael and Splash Mountain?  Maybe that’s a bit strong but stick with me for a second.  On first blush both Toy Story Mania and Jim Halpert are great.  Toy Story Mania is an absolute blast that people love.  Jim Halpert had one of the greatest romances in sitcom history.  Unfortunately, after the fun wears off for both they go down hill.  Jim suffers from a lack of story or bad writing after he’s married.  By the end of the series he’s one of my least favorite characters.  Toy Story Mania still remains a really fun attraction to do.  But, saying that it rivals the classics is an overstatement when you really sit down and think about this large version of a Wii game.

Other people seem to love both of these things.  Maybe they haven’t watched season 8 and 9 of The Office as much as I have (I hope you haven’t) or they just really have fun playing/riding Toy Story Mania.  There’s nothing wrong with either.

Both are sweet and innocent at first glance.  Pam Beesly spent the first four seasons of The Office charming us, being America’s sweetheart.  Peter Pan’s Flight held a similar role for me throughout my youth.  There were the jaw-dropping moments for both – flying over London, Jim and Pam’s first kiss on Casino Night.  There were the beautiful stories told throughout.

Somewhere along the way I fell out of love with both.  25 minutes or more is just too long to wait in line now.  Likewise, watching the writers run out of ideas for Pam in seasons 5-9 of The Office makes me cringe.  As does watching Jenna Fischer try improv.  As does the 5-year-old having a mental breakdown after 45 minutes of waiting in line.  Still, if Pam or Peter Pan’s Flight are caught at the right time (seasons 1-4 or late at night with a minimal wait) I’m reminded of just how wonderful they can be.

Let’s get the negative out-of-the-way.  When you’re tired or in the wrong mood both Dwight and the Jungle Cruise can rub you the wrong way.  They are both somewhat exhausting, as they can be annoying when they are at the worst.

But the positives far outweigh the negatives.  Both have a somewhat dry sense of humor, although Jungle Cruise definitely uses there’s more.  Dwight and the Jungle Cruise are tireless workers, one of which is always the salesman and the other bringing in crowds since 1955.  Maybe the best part about both is they are fine with playing second fiddle.  Go ahead, go ride those other rides or get sucked up in more Jim and Pam drama.  The Jungle Cruise and Dwight will be there waiting to give you a laugh or two.

Both the attraction and character are good ideas.  The Laugh Floor is a great use of modern-day technology that is both engaging and funny.  Andy starts off as a great piece to play off of the usual office antics.  The problem?  They are completely out-of-place.  The Laugh Floor was pushed into Tomorrowland for some confusing reason.  Andy Bernard was stuffed into the manager role after Michael left because… I don’t know?  Then he was sort of fired, then he was on a boat, then he was auditioning for a singing competition, and somewhere in the middle he faked being a janitor.  These are both great things in the right spot, but neither of them are.

I know you come to this blog for the thought-provoking analysis but I can’t always hold that high standard.  This trek ends with tigers.  Angela loves cats.

Erin Hannon started off a bit slow, as the writers almost seemed to not know what they had.  Likewise, Country Bear Jamboree is a strange sight for the first time.  Bears singing country music is not something you’ll find Disney building in the present day.  Once the audience was used to both though we find out how sweet, funny and truly awesome each of these are!  It doesn’t hurt that I could see Erin Hannon sitting in Country Bear Jamboree and just giggling non-stop.

Really kind of terrible if you actually look into them.  But they are both harmless and needed by the areas around them.  Just think of all the passive-aggressive comments Phyllis could throw out while waiting in line for this spinning attraction.

Both are sassy and a little old.  I get the feeling that Stanley or those singing birds could care less about what you think about them.  Plus, we know how much Stanley loves theater when he gets a drink (dole whip float?) in his hand.

Ryan started at the office as an intern.  Then became a salesman.  Got a job at corporate.  Fired and arrested from Dunder Mifflin.  Worked at a bowling alley.  Worked as a salesman at Michael Scott Paper Company.  Worked as a salesman at Dunder Mifflin.  Became a temp.  Was last seen running away to who knows where with Kelly.  Oh, and he was going to go to Taiwan.  They’re both survivors, and one of them dated a girl who looked like she was on Survivor.

The Haunted Mansion as Kelly Kapoor

That does it for my portion of the post but feel free to keep the fun going in the comments if you have an attraction that fits a character I failed to mention or have a better suited one for previously mentioned.  I think a Parks & Rec sequel may be in the works but we’ll see!  Stay tuned this weekend for much more informative posts that should have some exciting news about actual Disney Parks.

If you enjoy what you’re reading here on Wandering in Disney, please subscribe to the blog on the right side of this page.  That’s also where you can find links to our social media accounts.  Thank you for reading!