Is Knott’s Berry Farm Worth A Day Of Your Disneyland Trip?

A trip to Disneyland can be far more than just a trip to the Happiest Place on Earth.  As we’ve covered before, California is a beautiful place to visit with options for nearly every interest.  One of those options is more theme parks! 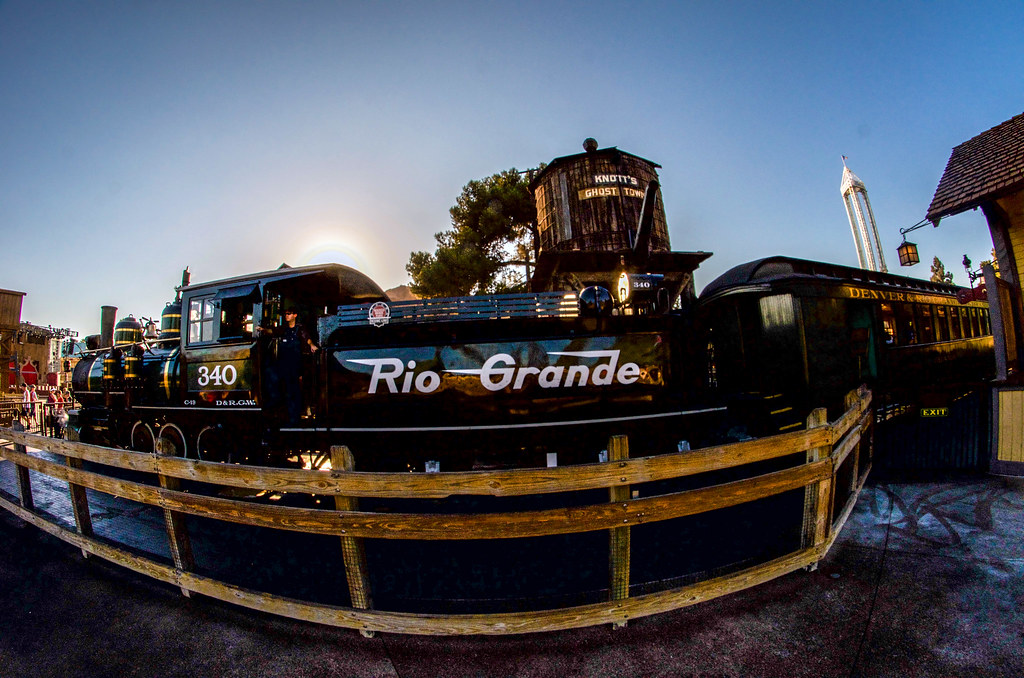 I’ll break this down into various categories that I think will be of some interest or use to people.  The first few will talk about Knott’s Berry Farm itself, and some of the unique things the park offers.  Then I’ll get more into convenience and value.  All of this is coming from the thought of people already being in the area on a Disneyland vacation because this is a Disneyland blog.  If your question is should I go to Disneyland or Knott’s Berry Farm then I would definitely recommend Disneyland.

I should say before we begin that Knott’s Berry Farm does offer a water park.  I won’t be including that in this post as I haven’t experienced it.  The water park gets decent reviews on TripAdvisor and other similar sites but I’m not sure I’d make a special trip there for the water park unless you just really love water parks.

The Knott’s family sold berries in the Anaheim area and in 1934 they opened their restaurant that served the famous fried chicken dinners.  In 1940 the family began constructing the famed Ghost Town and intermittently added attractions over the next few decades before charging admission to the park in 1968. 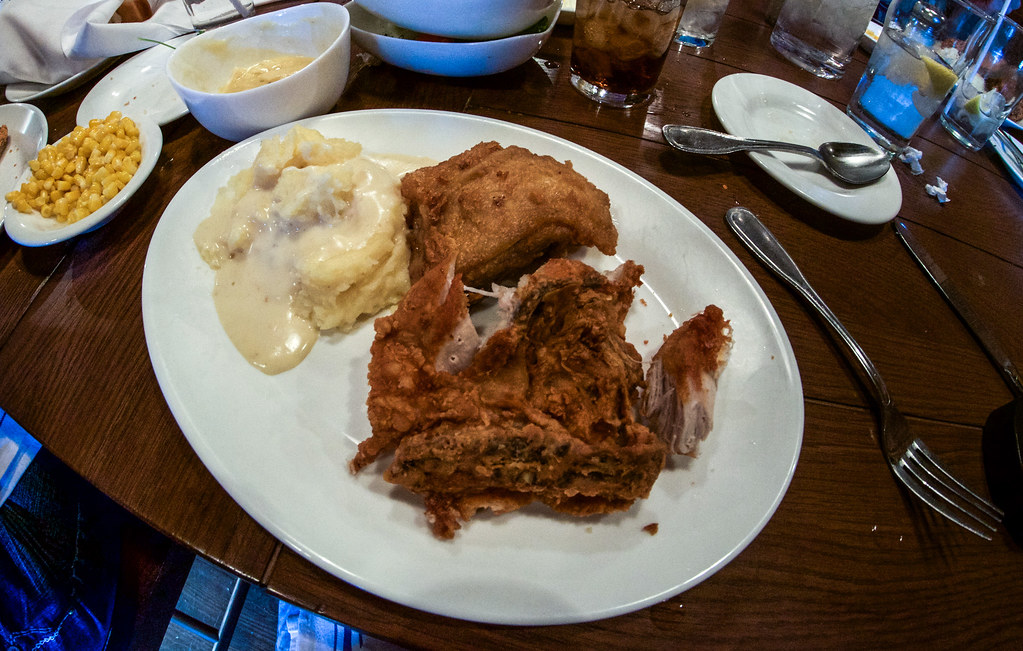 That history is part of what makes Knott’s Berry Farm so interesting, alluring and charming.  There’s a story of Walt Disney and other company executives going to the Knott’s Chicken House for a celebratory dinner one night while on the verge of acquiring some land to build Disneyland.  Their plans were overheard while at dinner and, in short, this drove up the cost of the land and they had to find a new place to build.

Also of interest is that Knott’s Berry Farm was nearly sold to Disney in the 90’s.  Ultimately, the Knott’s children ended up selling to Cedar Fair (another theme park company) and they still own the park to this day.  There are little trinkets and stories throughout Knott’s that up its value for theme park history buffs.

Another aspect of this history is that it’s hard not to see how Knott’s Ghost Town help inspire Disneyland’s Frontierland.  Both take on a western theme with an old-time feel. Both lands main attraction is a wooden roller coaster.  Sure, there are definite differences but to think that they didn’t inspire each other is naive.

There is more history here than just how it relates to Disneyland and guests can delve however deep they want to in that.  Funny enough, how interested you are in Disneyland’s past will probably correlate to how interested you are in Knott’s.  For some it won’t be a big deal but for others Knott’s Berry Farm will be a rite of passage due to it being one of the first theme parks in the world. 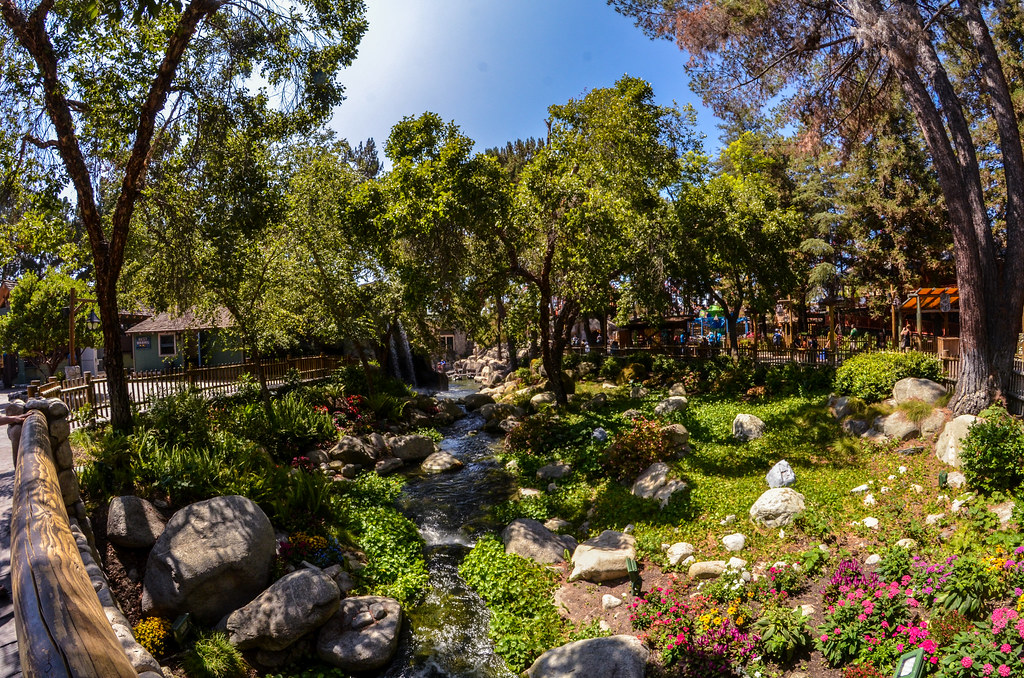 Quality of the Theme Park

This category is probably the most objective on the list.  Everyone looks at theme parks differently and people enjoy different aspects of it.  While I tried to make this post more about your preferences and seeing if Knott’s fits into YOUR Disneyland vacation, this category is more my opinion on the park.  As I said, yours may differ completely.  With this in mind, I will try not to speak to any of the motifs behind the lands or backstory but simply what I see walking around Knott’s Berry Farm. 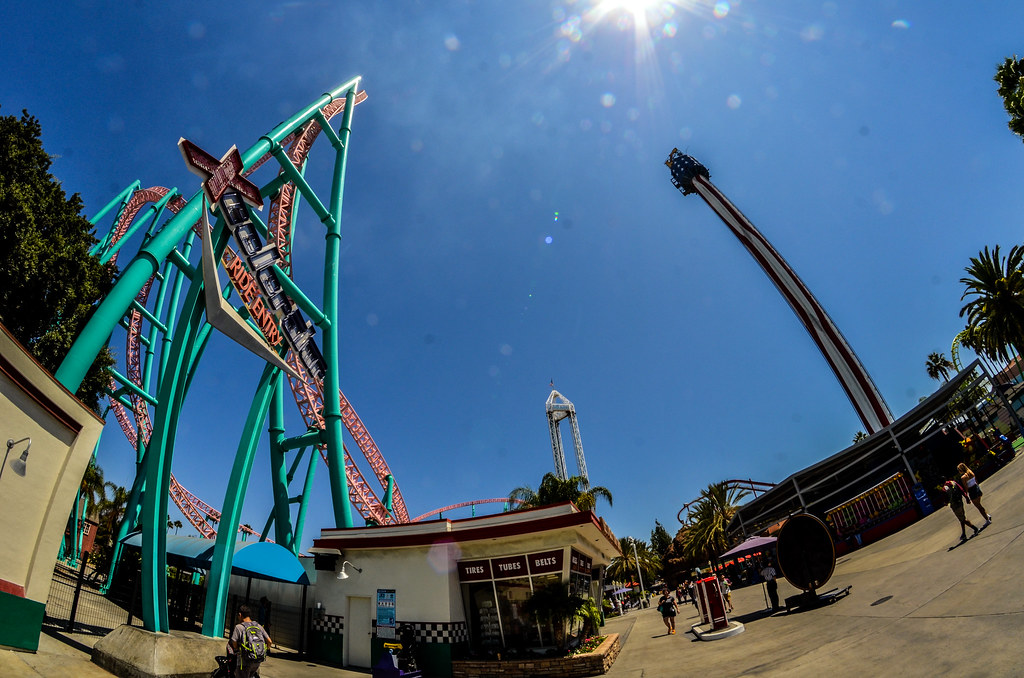 To put it simply, I love about half of Knott’s Berry Farm and dislike the other half.  Ghost Town and most of the surrounding are all well done to varying degrees.  Ghost Town itself is heads and toes above every other land in the park and is worth spending quite a bit of time in.  The quality, theming, and detail in that area is on par with most lands in Disney Parks.

Frankly, the further you get away from Ghost Town the uglier Knott’s Berry Farm becomes.  The Boardwalk area is the worst offender, looking more like something you’d see at a local fair as opposed to a boardwalk or a theme park land.  There is a lot of pavement and bad sight lines throughout the park.

Does the good outweigh the bad?  I would say yes.  Much of your opinion will depend on what you think of the old west theme that Knott’s best lands are formed around.  This isn’t your local amusement park although some areas may look like it.  As long as you can live with those areas, or enjoy the roller coasters in those areas, then Knott’s Berry Farm passes the quality test. 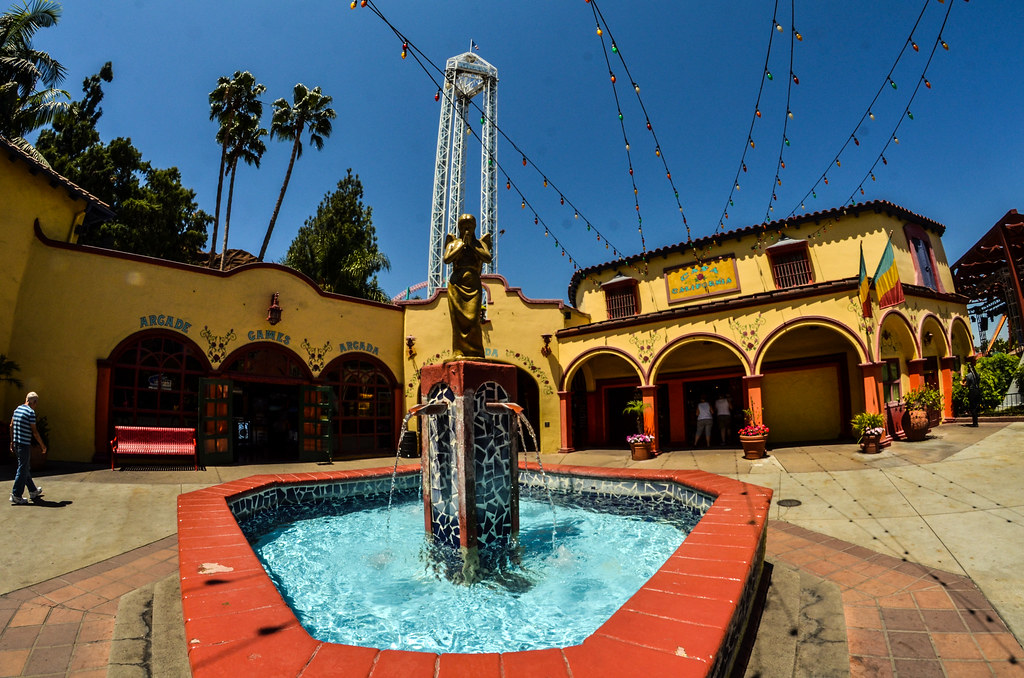 Knott’s Berry Farm did Halloween events before Halloween events at theme park’s were cool.  Knott’s Scary Farm has been operating since 1973 and is a big draw for those who like to celebrate the spooky holiday.  The Scary Farm turns the park into a big haunted house with quite a bit of live entertainment around.  Although it’s slightly more family friendly than it used to be, the Scary Farm is more intense than Mickey’s Not So Scary Halloween Party.  If you’re a fan of Halloween, I don’t think you’d be disappointed in Knott’s Scary Farm.

The other annual event that I find interesting is the Boysenberry Festival the park has every April.  While 2018 would only mark the 5th annual festival, assuming it happens, the Boysenberry Festival is a nice nod to the park’s roots.  They offer special food items around the park, similar to Food & Wine at Epcot and California Adventure.  If you’re already considering a trip to Knott’s in April maybe this would put you over the top?

If your trip is centered around Disneyland a main point to consider for other locations is how easy it is to get there.  Getting stuck in Los Angeles traffic isn’t ideal for a vacation and luckily Knott’s Berry Farm won’t be much of an issue here.  If you’re driving then Knott’s is about a 20 minute drive, with limited miles on I-5.  Knott’s is just north of Disneyland and doesn’t venture into LA. 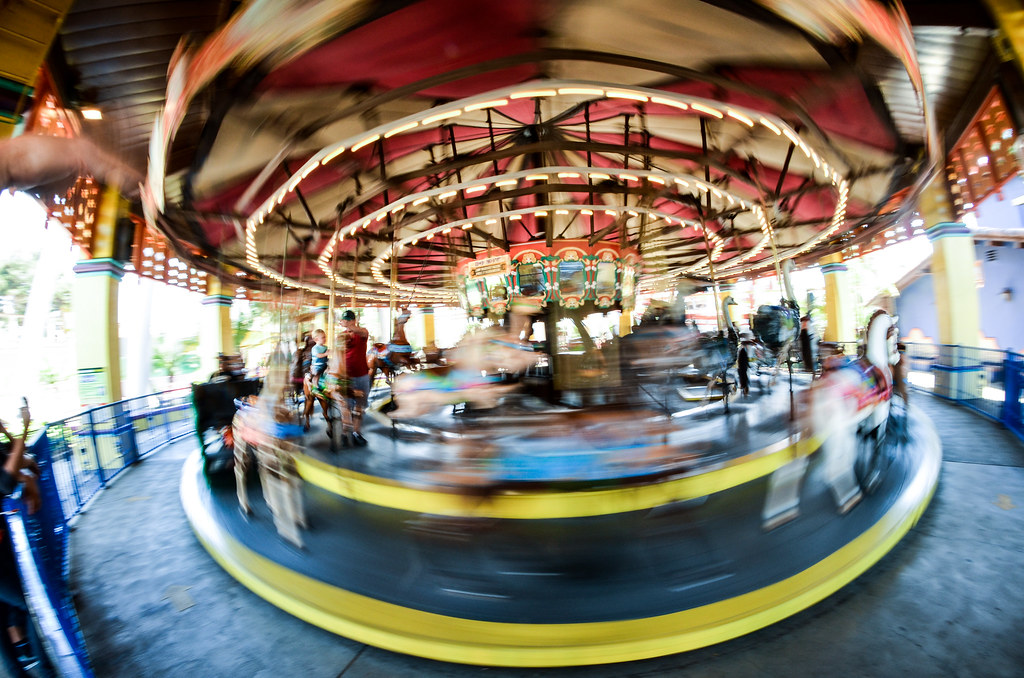 Taking a shuttle or bus is also pretty simple as there is actually a bus that runs from the Disneyland shuttle area to Knott’s Berry Farm.  The cost is minimal (under $5/person) and the ride is quick and easy.

No matter your mode of transportation, Knott’s Berry Farm is one of the easiest Southern California attractions to travel to if coming from the Disneyland area.  Universal Studios, Hollywood or anything else in LA is significantly more time-consuming.

Just to get it out-of-the-way, Knott’s Berry Farm is cheaper than going to Disneyland or Universal Studios.  A single day ticket (and I wouldn’t advise going more than one day) can be as low as $45.  That’s a good price and a good value, as you can easily spend 6-8 hours in the park.  Where this starts to get tricky is when you factor in taking a day away from Disneyland to do Knott’s.  If you don’t know, the more days of a Disneyland ticket you buy the cheaper the price per day is.  Buying a 1-Day ticket to Disneyland is around $110, 2-Day tickets are $99/day, 3-day is $90/day, 4-day is $72.50/day, and 5-day is $61/day.  The longer you go the more value you get is the point here.  But at what point does the value no longer matter because you have seen everything?  That’s the tricky part of the equation and where Knott’s Berry Farm can factor in. 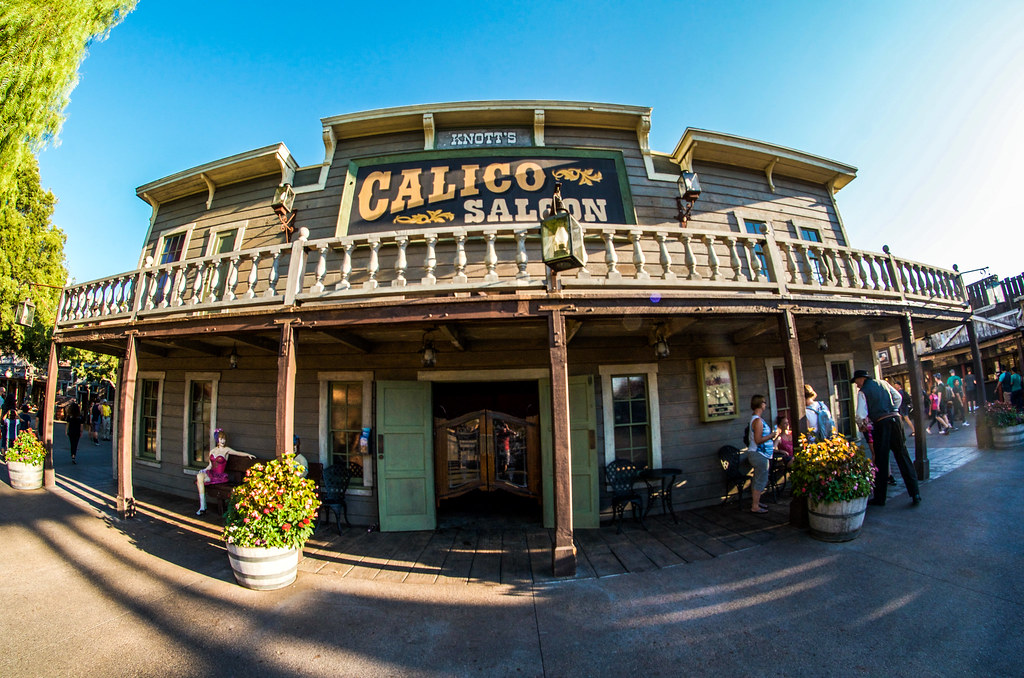 Speaking out of personal preference, I would do at least 3 days at Disneyland before considering Knott’s Berry Farm.  I think the quality of the product is much higher and the experience is more enjoyable.  Once you get past 3 days though, I think Knott’s becomes a decent option and you’d still be saving a little bit of money by going to Knott’s Berry Farm for a day instead of Disneyland for a fourth or fifth day.  I would definitely consider this if you have never been to Knott’s before and one of the categories above interests you.

The other question to consider is whether other Southern California attractions are more interesting to you than Knott’s Berry Farm.  Spending a day at the beach is almost as easily accessible as going to Knott’s and much cheaper (bonus tip: sitting on a beach is free!).  Likewise, walking around LA Live, Hollywood or other areas of the city may interest you more.  There are countless things to do in Southern California that are cheaper than Knott’s Berry Farm if the park doesn’t appeal to you. 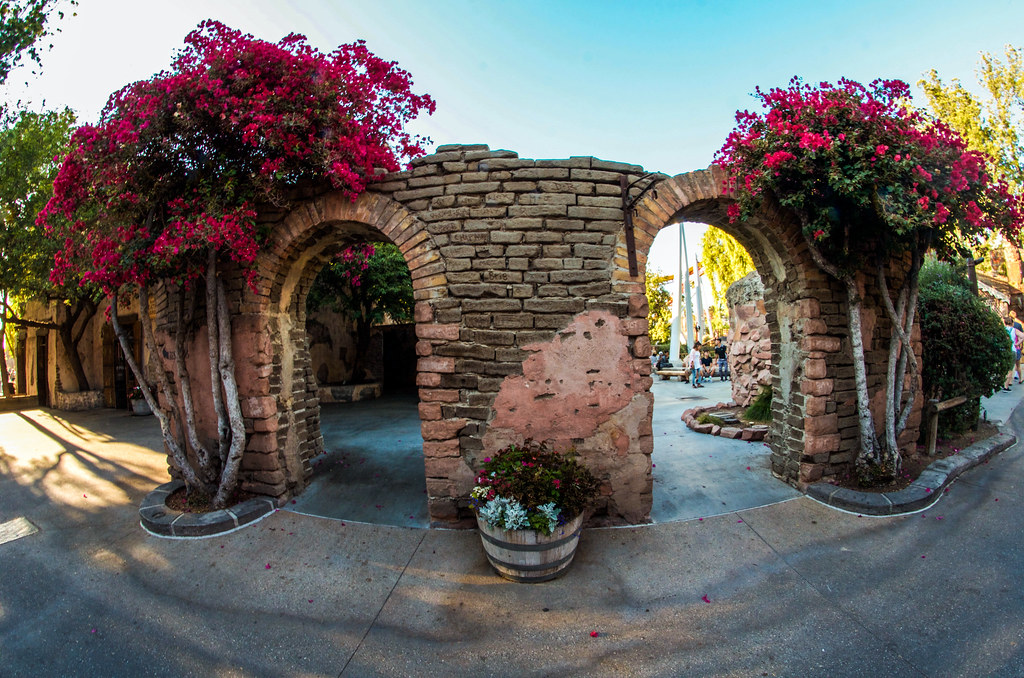 For the theme park fans though a big portion of this decision will likely come down to Knott’s or Universal Studios.  If you’re staying at Disneyland, Universal Studios is a pain to get to and doesn’t offer nearly as good of a value but is likely the superior option.  Knott’s wins in convenience, roller coasters, and history.  Universal Studios has some incredible rides and an amazing environment in the Wizarding World of Harry Potter and is overall a better park although the race is closer than you might think if you haven’t been to either.  Which park you decide on will likely come down to money and if you don’t mind the long drive from DL to Universal Studios (maybe get a hotel by that park for the night if you decide on that).

As I’ve already been to Knott’s Berry Farm, my likely choice for an off day (from Disneyland) in Southern California would be spending the day at a few different beaches and then the evening at a Dodgers game, a concert at the Hollywood Bowl or the Griffith Observatory.  That day would be significantly cheaper than a day at one of the theme park’s and offer some of California’s most iconic landmarks.

The catch to that is if you are a big fan of theme parks and have never been to Knott’s Berry Farm, you should probably go.  Not because the quality will top Disneyland but because of the history that the park offers.  Read up on the area before you go and you’re likely to enjoy your experience there even more. 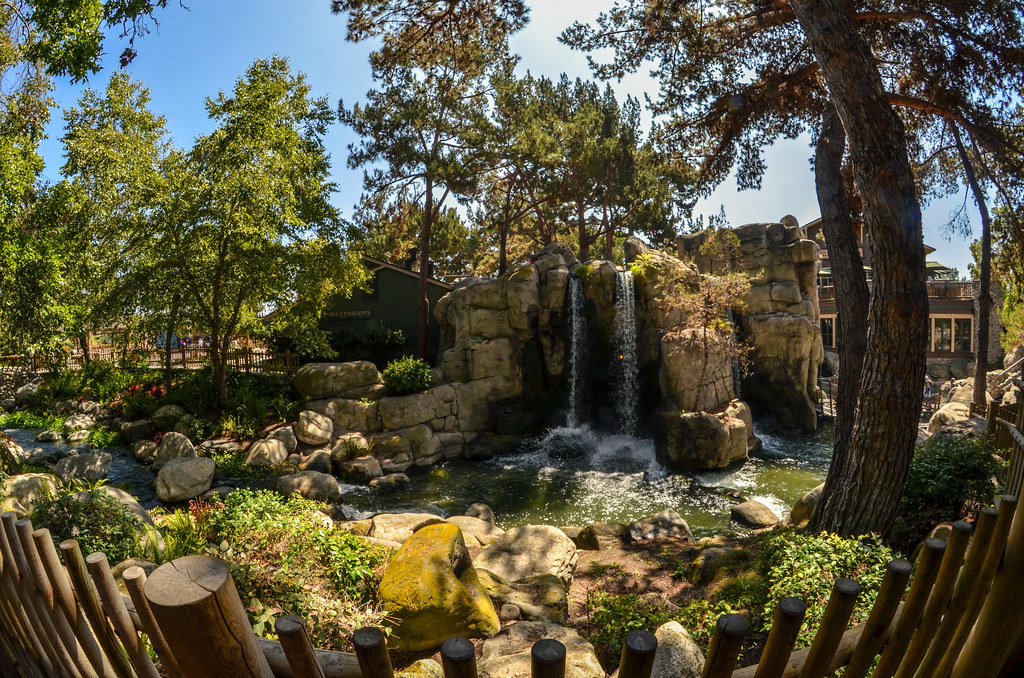 If you have any questions or thoughts about Knott’s Berry Farm or Disneyland please leave them in the comments below!  If you enjoy what you’re reading please subscribe to the blog and like our social media pages which you can find on the right side of this page.  Thank you for reading, we really appreciate it!