Crew’s Cup Lounge is located in the Yacht Club Resort at Walt Disney World.  The lounge doubles as a sit-down meal location with a limited menu.  Crew’s Cup does accept Tables in Wonderland but is not on the Disney Dining Plan.  There is both a bar and booths to sit in at the restaurant.

Hidden gems have become more and more of a rare thing in Walt Disney World.  Due to blogs, like this one, other media, and the parks just becoming more popular, most of the truly great places to go at Disney World have been discovered. Even worse, most of these places are fairly crowded, if not overwhelmingly so.  Still, there’s the occasional spot that’s worthy of crowds but doesn’t have them.  Crew’s Cup Lounge certainly fits the bill.

Why this place remains a hidden gem is most likely twofold.  One – Crew’s Cup isn’t on the Disney Dining Plan which tends to populate lesser restaurants.  The other reason being that lounge is attached to the name.  This makes people think the place isn’t as family friendly as some restaurants and more bar-like.  While that may be true for certain lounges in Disney World, it definitely isn’t the case here. 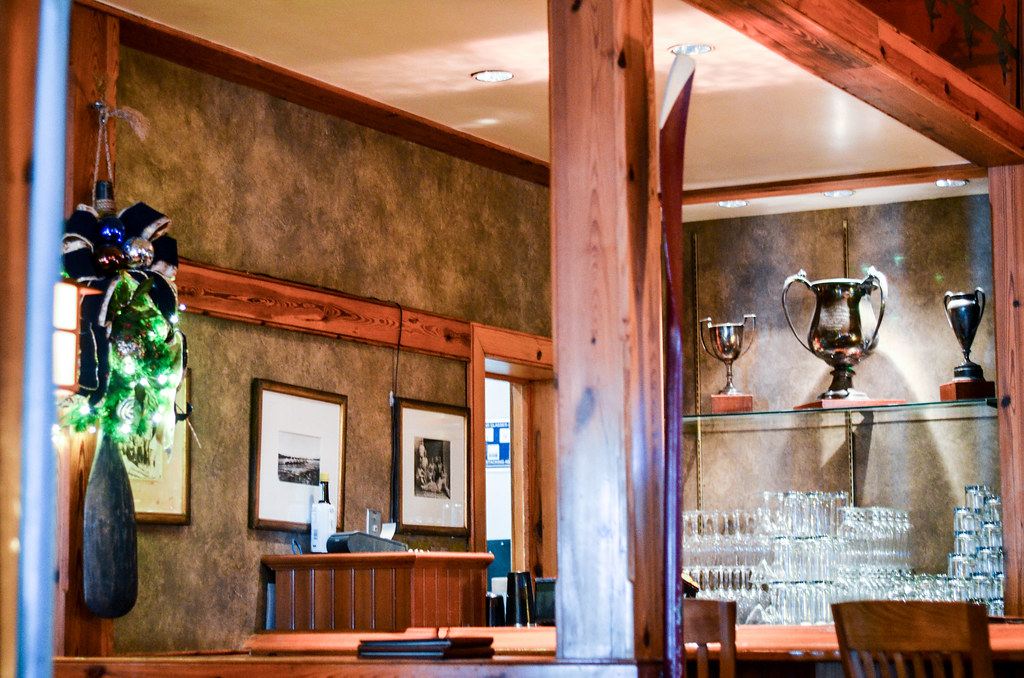 Crew’s Cup fits the Yacht Club theme with trophies adorning the walls and nods to rowing crews throughout the restaurant.  This seems to be a place where the rowing crews would go to celebrate yet another victory out on the lake.  A watering hole for the victors, as they admire the trophy up on their mantle.

The theme is understated but works well especially for a lounge.  There are booths and tables in a somewhat small dining room along with a bar.  The wood is bright and polished throughout the restaurant.  The whole lounge isn’t nearly as big as most places to eat in Disney World but there was still plenty of space between the tables. 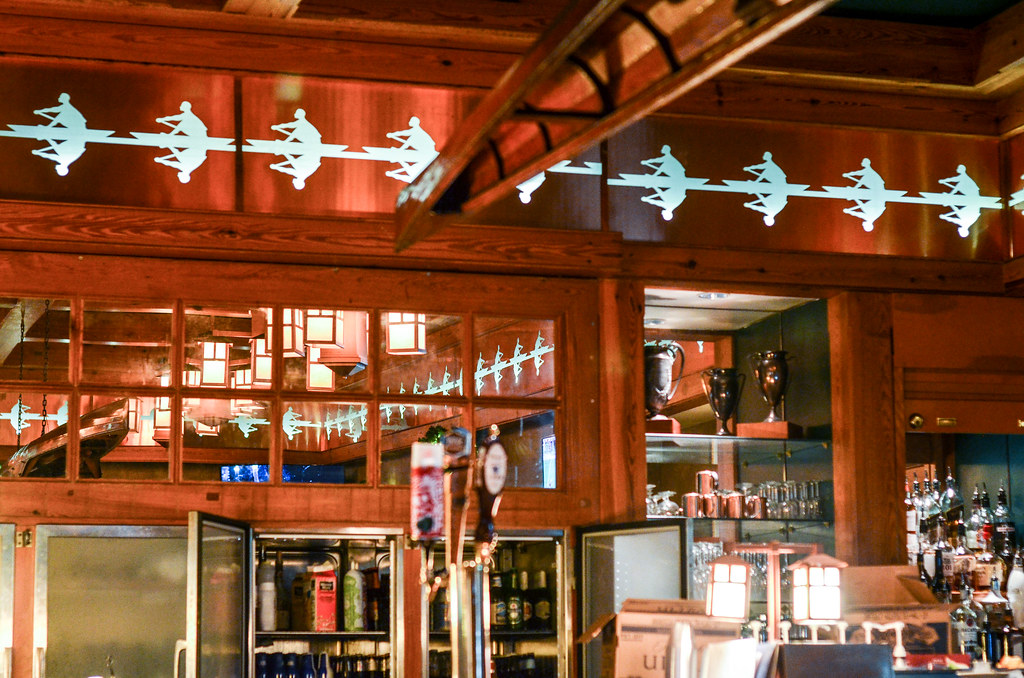 We went to Crew’s Cup Lounge for lunch on this day.  The menu is small and mainly sandwiches.  You can see that here.  The prices are mainly in the $10-$20 range.  That is typically what you can pay for a meal at a counter-service restaurant in Disney Parks.  The quality here is surely better than that, but I’m getting ahead of myself.  There are plenty of affordable options here and the portion sizes on the appetizers (although we just saw them and didn’t eat any) were pretty large. 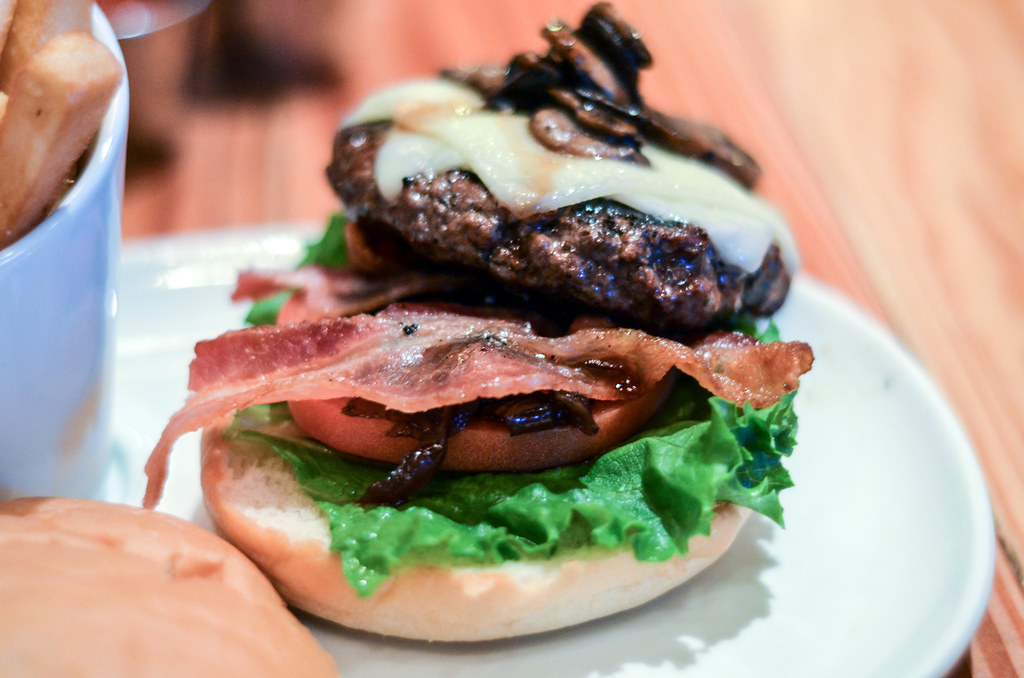 I did remember the other half of what was recommended to me though and that was the cheeseburger here.  This comes with swiss cheese, mushrooms, bacon, a brandy peppercorn sauce, onion jam, lettuce and tomato on top of the burger and bun.  Now, I like cheeseburgers.  In fact, one of the things I’m best at is eating cheeseburgers.  I don’t do it as much as I used to but I’m still really good at it.  Now that I’ve stated how well-versed I am in cheeseburgers you’ll definitely take me seriously when I say that this is easily the best cheeseburger I’ve tried at Walt Disney World.

The beef was cooked perfectly and was a really good piece of meat, as opposed to some other burgers that are available at Walt Disney World.  The ingredients were very fresh.  The star of the burger were the two sauces – the peppercorn sauce and onion jam.  They both added a little bit of sweetness that gave the hamburger a distinct taste instead of just being a really good hamburger.  I don’t think you could go wrong with any entree at Crew’s Cup but if you like burgers then get this. 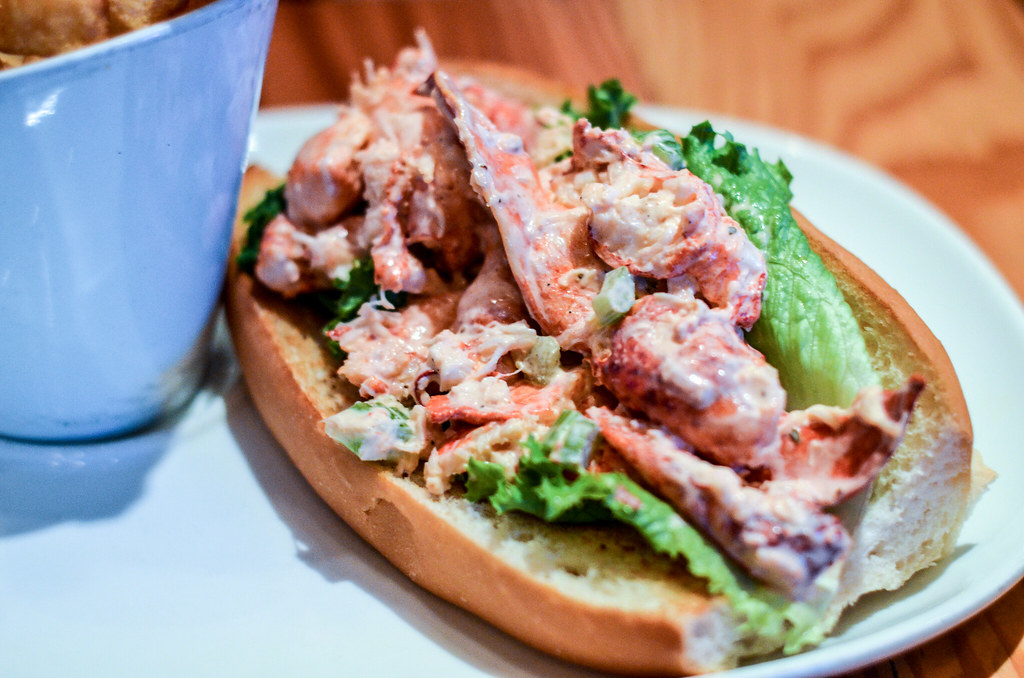 Melissa settled on the Lobster Roll for her lunch.  This was nearly as good as the cheeseburger.  I was both surprised and impressed at how much lobster was on the sandwich.  There was next to no filler and not an over abundance in mayonnaise either.  I’m a sucker for anything lobster but this sandwich was excellent.  The flavor was great and the lobster was fresh. 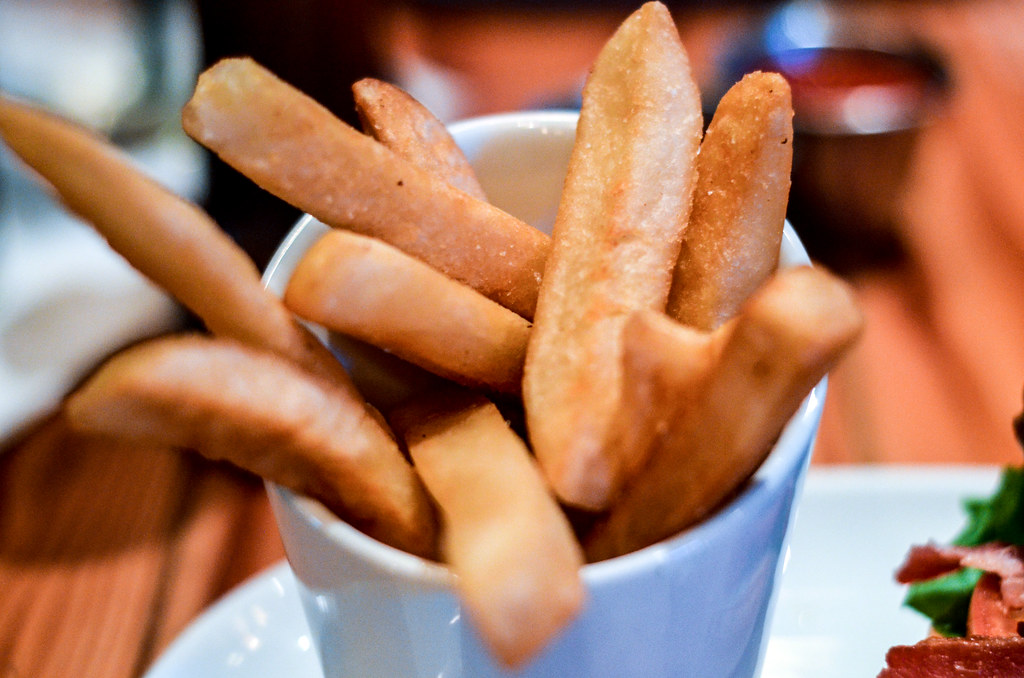 Now I’m still mad at myself for not ordering the Truffle Fries but the regular fries were solid as well.  They were freshly made with the right amount of crisp.  The flavor wasn’t anything extraordinary but these are still much better than your average theme park fries.

I think part of the key to Crew’s Cup wonderful tasting food is that it’s not fully discovered.  There was one lady bartending and waiting on the four groups that were in there.  She did a fantastic job.  The food that came out was incredibly fresh, which restaurants are able to do when they aren’t slammed. 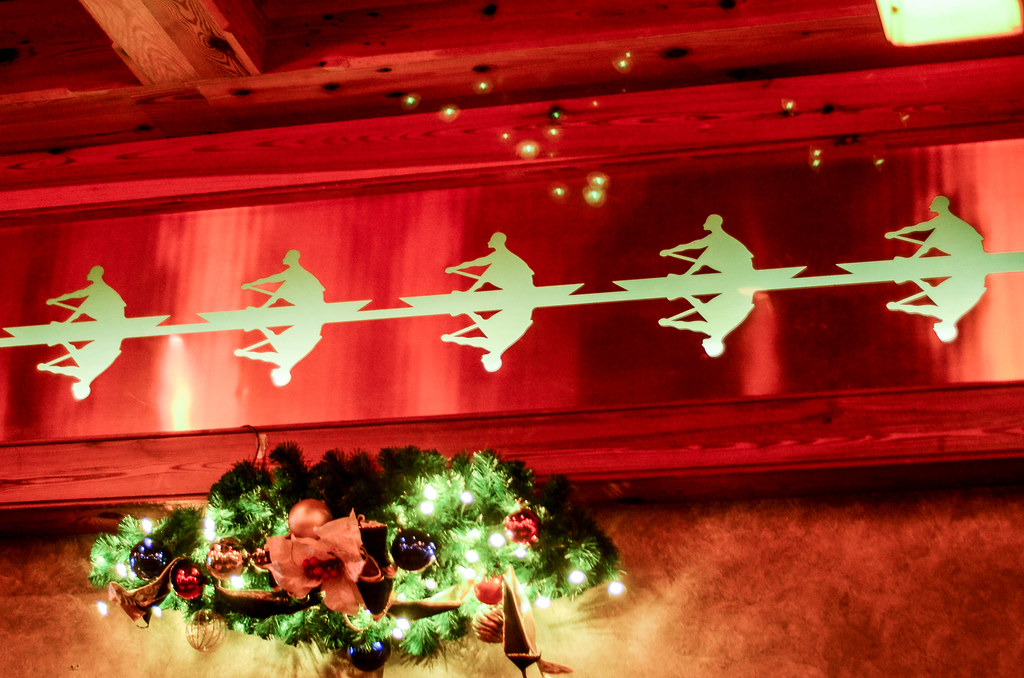 The value here is pretty high.  You’re getting table-service quality at near counter-service prices.  The burger and lobster roll were much better tasting entrees than I had that night at a table-service restaurant and were literally half the cost.

Overall, I highly recommend going over to the Yacht Club and finding this little hole in the wall.  Hidden gems are rare at Walt Disney World now but Crew’s Cup has certainly earned that title.