As a blogger, there seems to be some unwritten rule about needing to write a post reviewing the previous year and previewing the upcoming year.  While Wandering in Disney did not fall into the classic trap of reviewing, we’re not above reproach when it comes to previewing.  (Here’s to hoping you all forget that I said that next New Year when I basically write whatever I want.)  I could say we are doing this because the blog is so optimistic that there’s no need to look back when you could look forward.  I could also say that 2016 was such a lousy year, both from a parks and world perspective, that we shouldn’t look back.  The actual truth is that I was quite busy around Christmas and New Years Day, traveling in Atlanta and Orlando, that I didn’t get to a review.  Now, it’s less hectic and I haven’t done a top ten list in a while.  If this first paragraph is any indication this post should be… uhh… interesting?  Anyway, Happy New Year! 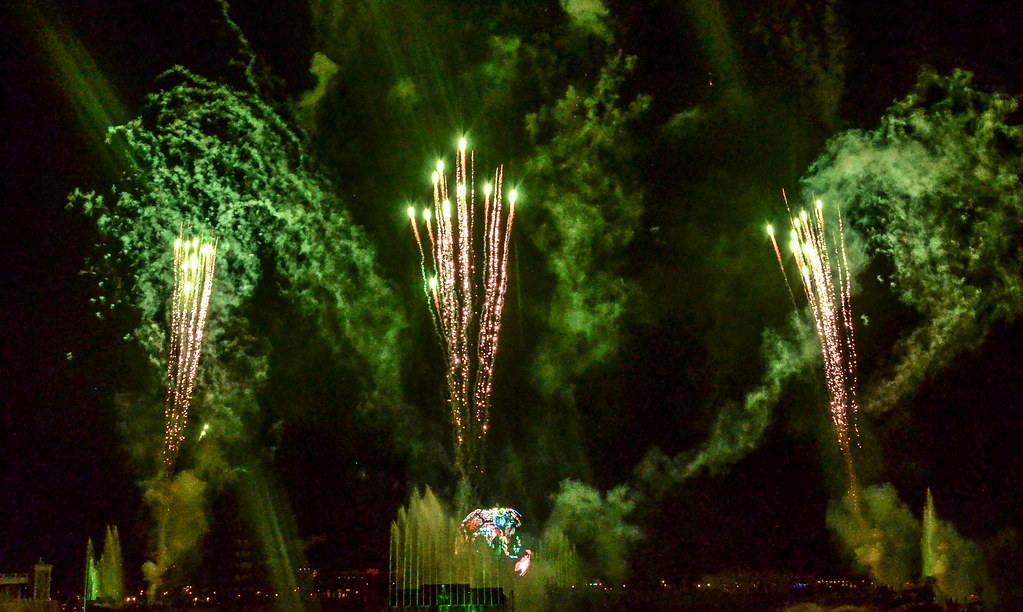 2016 saw many attractions close (at least temporarily) in Disney Parks.  2017 looks to be a moderate step in the other direction, which is obviously good news.  There is plenty to be excited for on both coasts and that’s what we’ll take a look at with this post.  For being such a simple idea, this post sure has a long title.  You can’t win them all!  Most of what I name will be opening or reopening in 2017 but there will be a few random items thrown in.  Let’s get to the list!

10. DCA’s Tower of Terror Out, Mission Breakout In

I’ll be honest, excited is not the right word here.  I’m interested and curious about DCA’s Tower of Terror being replaced.  Part of me is curious about the ride.  I’m sure there will be some good aspects of it, as there are with most Disney attractions.  The other part of me is very cynical about this project.  Why replace one area of the park that has quality theming and good on-ride storytelling with something that feels shoe-horned in?  The only reason Disney has, I think, is money.

This is a short-term win either way though.  If the attraction turns out to be great then most people will be happy even with Tower of Terror being replaced.  If the attraction is average or worse than the Disney fan community will lose their minds.  It’s hard to look away from a disaster and that’s what we may have on our hands here.

On to something more positive, Miss Adventure Falls is a raft ride that is opening at Typhoon Lagoon in March (supposedly) 2017.  Walt Disney World’s water parks haven’t had much attention paid to them in years so it’s good to see a new slide.  This slide is fairly long and looks to have some sort of show element intertwined with the ride.  I love water slides more than the average person but I don’t really see how you can screw this up.  By the way, if this wasn’t strictly a Disney blog the opening of Volcano Bay (Universal’s new ‘Water Theme Park’) would probably top my list. 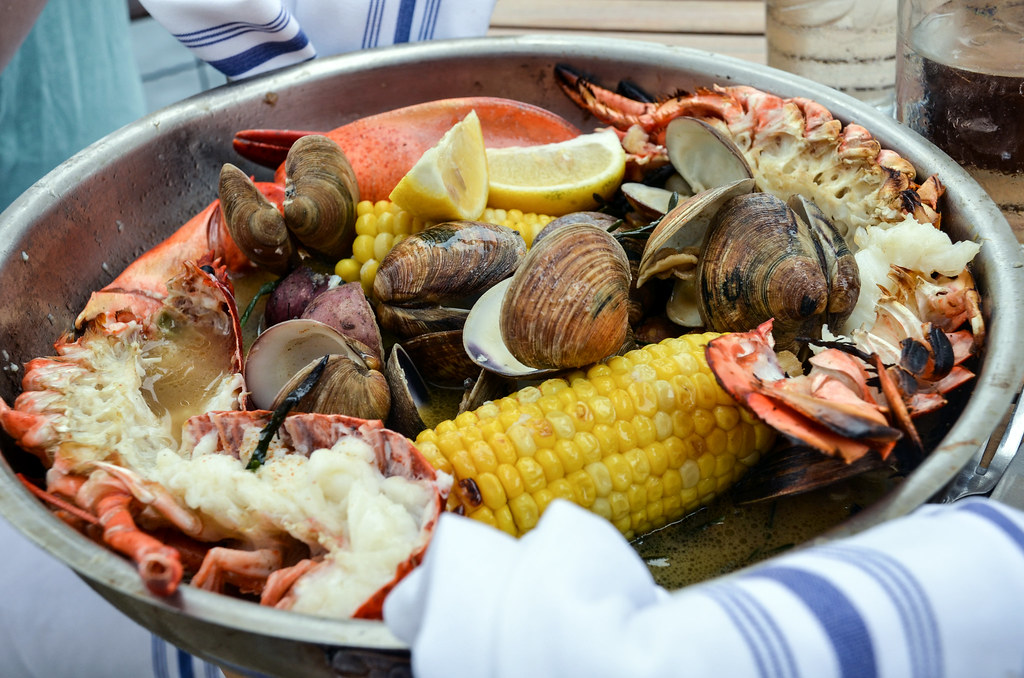 Disney Springs has transformed itself into a worthwhile destination, with restaurants opening at a rapid pace.  I haven’t been able to keep up with this pace and am looking forward to trying restaurants like Morimoto Asia and Chef Art Smith’s Homecoming.  On top of that, there are more restaurants opening or reopening.  I’m pretty curious to see how Paddlefish, which was formerly Fulton’s Crab House, is received when it reopens with an almost entirely new look.  I’m also excited for The Edison to appear in 2017, as I think it will add a more fun scene which Disney Springs still hasn’t quite covered.  All in all, I expect Disney Springs to keep growing and be even more enjoyable over the next year.

7. Finding Out About Epcot

So, these next few things could all be put together but this deserves special mention.  Head of Parks, Bob Chapek, has confirmed already that major changes are going to be coming to Epcot.  If you have been to Future World in Epcot sometime in the last couple of years this news shouldn’t surprise you.  Still, there are a number of attractions and buildings that are ripe for a refresh or something new.  I think we’ll hear a decent amount of news on what is coming to Epcot over the course of this year and I’m excited for that. 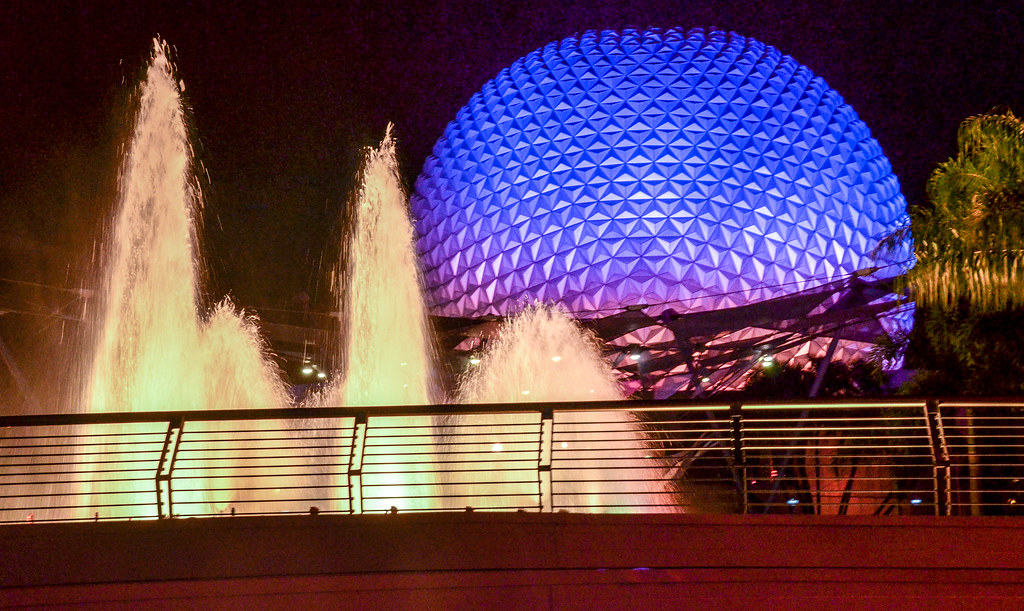 While I’m excited to see what’s announced in Epcot, there is plenty of construction progress to track.  Most notably of these construction projects are Star Wars Lands on both coasts.  It’s believed but not confirmed that Star Wars Land at Disneyland is ahead as far as construction goes.  Over 2017 there will be quite a bit of vertical construction, which is the most exciting construction to watch.  On top of those gigantic projects is Toy Story Land at Hollywood Studios as well as ongoing cosmetic changes in Magic Kingdom’s Tomorrowland.  While all of these projects are already announced, we’ll have a much better idea of what’s going on with these lands by the end of this year. 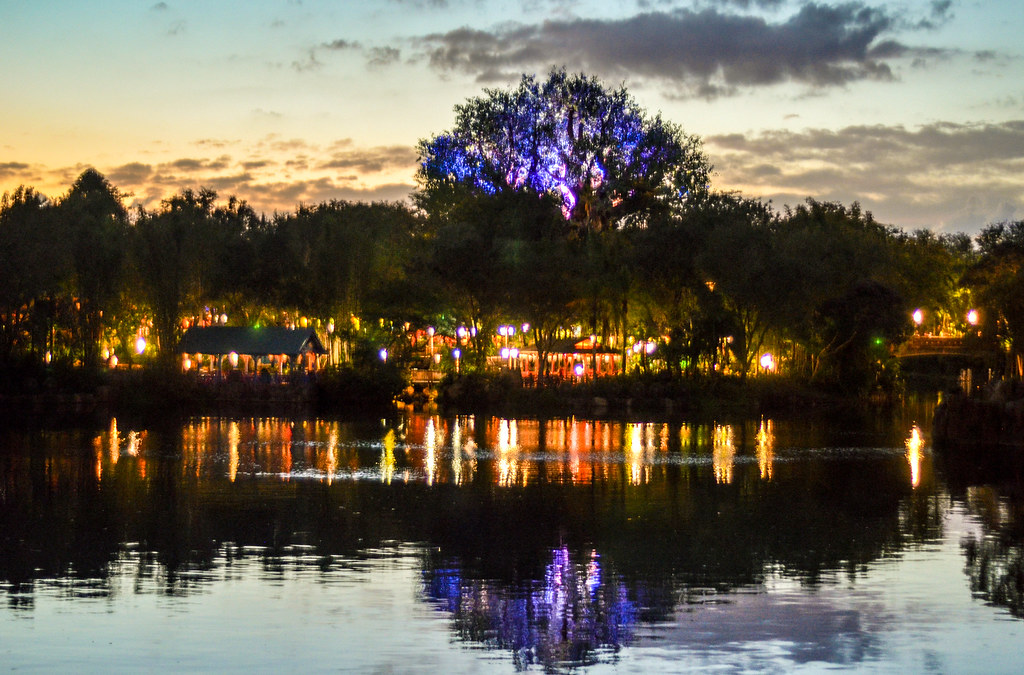 Well, this was on the list last year and it didn’t happen.  What’s also disappointing is the somewhat lukewarm reviews that Rivers of Light has received in the previews.  Still, I’m very excited for Animal Kingdom to have a nighttime show that will add to a sneaky good entertainment lineup there.  I’m also guessing that some of the issues Rivers of Light had are being addressed before it’s debut.  I’m guessing Rivers of Light will debut in the next couple of months but no one should count on a date with this show.

3. Reopening of Rivers of America

The next two are somewhat connected.  In early 2016 Disneyland’s Rivers of America closed to make way for Star Wars construction.  With it the Mark Twain River Boat and Disneyland Railroad were shut down for the next year and a half.  Well, it’s 2017 and summer will shortly be upon us.  The railroad and river boat will open again with a different, somewhat abbreviated, route.  Now, shorter isn’t usually better but I think the portion that they’ve changed in the railroad could be really quite beautiful.  The concept art shows elegant rock-work and some nice water features as well as a few nods to Disney’s past in this area.  I’m looking forward to these new views.  I’m also simply looking forward to the river being open.  I think the river really adds kinetic energy in that section of the park and is much-needed.

Along with the river comes one of Disney’s greatest nighttime spectacular.  Fantasmic! at Disneyland is one of the coolest experiences the parks offer and it is coming back with a few changes and updates along the way.  I’m really looking forward to seeing updated technology and story brought to a classic show.  Disneyland isn’t complete without Fantasmic! and this summer it will be back and probably as grand as ever.

The biggest addition to Disney Parks in several years is what I’m most excited about this year.  Animal Kingdom plays host to this expansion and the construction, as it nears completion, looks quite beautiful.  While we’ll surely have a bunch of coverage of Pandora when it opens, I do think this project was met with a decent amount of cynicism.  I was a small part of that club, not quite understanding why Disney would take on this movie as a theme park project.  Over the years, I’ve changed my mind.  Pandora doesn’t seem to be taking much from the film, instead dedicating itself to the world that came from James Cameron mind.  I expect this to be a beautiful place to visit, especially at night, with two quality attractions.  As I said, we’ll have plenty more coverage of Pandora in the next few months.