Sanaa is a table-service restaurant at Animal Kingdom Lodge – Kidani Village.  The restaurant is a part of the Disney Dining Plan.  Sanaa also accepts Tables in Wonderland and currently offers a 20% discount to annual pass holders.

When reading about Sanaa, the phrase ‘hidden gem’ comes up constantly.  The restaurant has earned this title for a number of reasons, namely the value and atmosphere.  Being at Animal Kingdom Lodge, access to animals is easy for Sanaa goers.  It’s even easier when those animals are right outside of the restaurants windows. 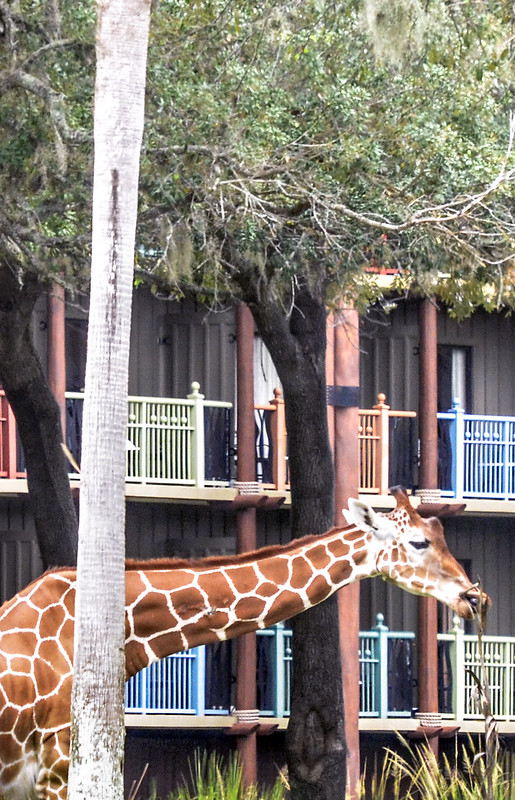 To be sure, watching giraffes roam around a savannah while eating is certainly unique.  For animal lovers, this is enough of a reason to eat at Sanaa.  It doesn’t hurt that the food is also excellent.  We’ll get to that in a minute, but first a little bit more on the restaurant’s atmosphere.  If you want a good view of the animals then arrive at your reservation a little early and ask for a seat by the window.  You may have to wait for a few extra minutes but it is certainly worth it if you have the time. 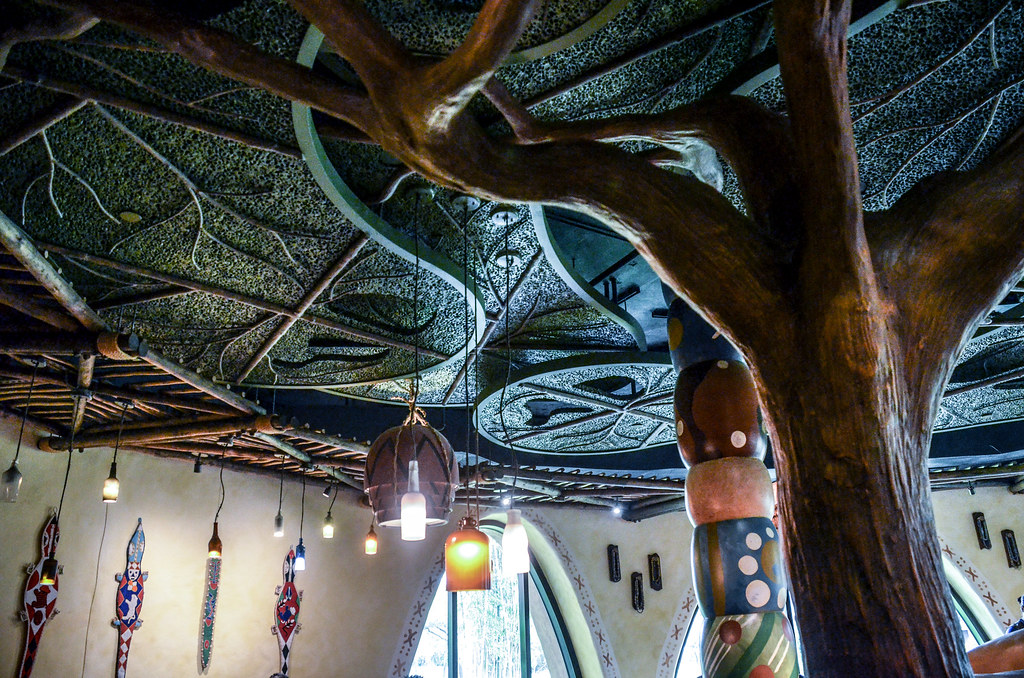 Not to fret if you aren’t seated by a window, the inside of the restaurant is quite beautiful as well.  The restaurant, which serves Indian and African fare, certainly matches the high theming standards of Animal Kingdom Lodge.  There is artwork throughout the restaurant with subtle Disney themes throughout.  The rooftop is beautiful, as is the faux tree growing in the center of the restaurant.  Sanaa is a wonderful place to have a meal.

As you know, the atmosphere is only half the battle.  The other half, which is arguably more important, is the food.  For this review we went to Sanaa for lunch.  Here is the menu.

We started with Sanaa’s famed bread service.  This comes with five types of Naan bread and nine different dipping sauces (you can get just three for a smaller price.) The bread service was one of the most enjoyable and fun things I’ve eaten at Disney World.  We had a blast trying all the different types of bread and sauces, most of which were delicious.  I think this was wonderfully prepared and everything seemed fresh.  The bread service is one of the most unique items I’ve tried at Disney World and I’d encourage everyone to try it.

For my entrée, I had the Potjie Inspired dish.  This was my choice of two heartier dishes served with rice.  I chose the Butter Chicken and Seafood Curry for my two dishes.  The Butter Chicken is delicious and one of the best things served at Sanaa.  It is spicy but still somewhat creamy.  The Seafood Curry didn’t live up to the Butter Chicken but it was still pretty good.  While there was nothing unique about the taste of the curry, I still enjoyed it.  There wasn’t a ton of seafood in it but what was there was fresh and prepared well.  All in all, my entrée was very good but didn’t quite hit the highest plateau. 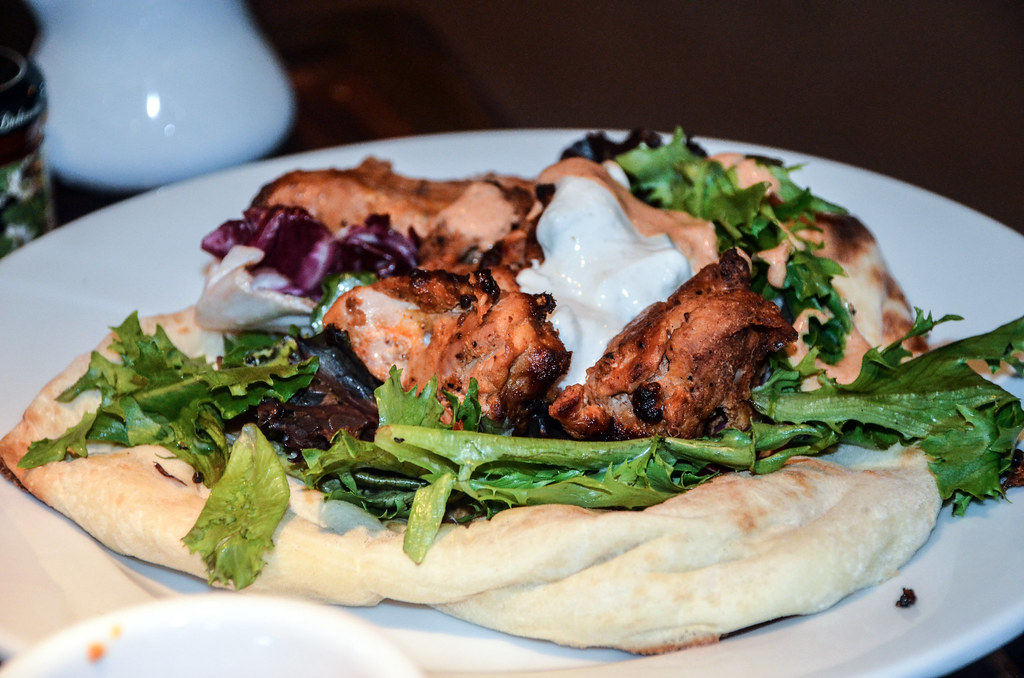 Melissa got the Tandoori Chicken which is served on top of naan bread.  She thought this was pretty good but a bit spicy.  Sanaa isn’t shy about their spices, much more so than most Walt Disney World restaurants.  While I don’t think this should keep anyone from going there (options without spices are certainly available) it is something to be aware of.  I thought the chicken was fresh and delicious, although I didn’t think the sauce was anything and other ingredients were anything special. 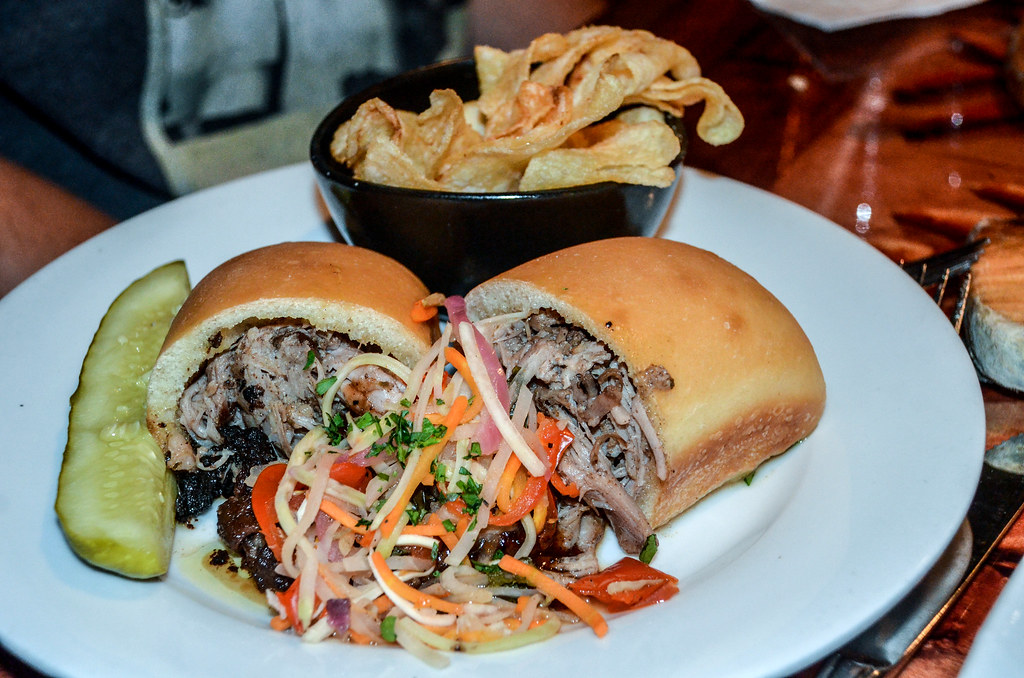 Our friend ordered the Kenya Coffee Barbecue Sandwich.  He thought it was good but not great.  It certainly looks delicious in this photo though. 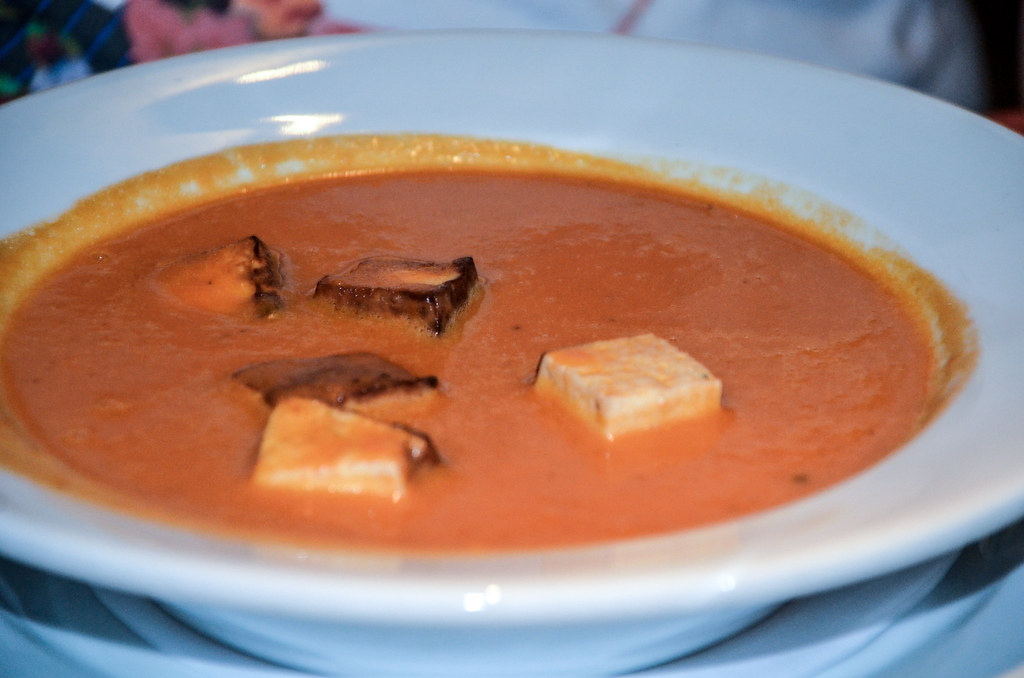 The last thing ordered at our table was the tomato soup.  I didn’t taste this either but my friend really liked it and said she’d recommend the soup.

On this day, we skipped dessert.  I have had dessert here before and enjoyed it but that was more than 3 years ago.  The item ordered for dessert is no longer on the menu so I won’t get into that.

The last thing I’ll mention about Sanaa is the prices.  Most table-service restaurants at Disney World have entrees that are all over $20.  Sanaa offers 5 dishes that are less than $20.  I think that makes this restaurant one of the better values on Disney property.

All in all, Sanaa’s atmosphere is reason enough to go check out the restaurant.  Add in good food and decent value and you have a real winner.  I don’t think the food is the best on property but it is certainly good and worth trying.  Sanaa has earned ‘hidden gem’ status in Disney but it deserves even more than that.  I think calling it the best value of any restaurant in Disney is more fitting.