If you missed parts 1, 2, 3, 4 or 5 of this trip report click on the corresponding number and that installment will magically appear in front of you.

After our late night in Epcot, we slept in and checked out of Animal Kingdom Lodge.  It was time for our third hotel switch of the trip!  This would be excessive if Disney didn’t make it so easy.  Switching hotels is as simple as dropping off your bags at the lobby, hopping on a bus to go to a park and then coming back to a different hotel.  Because of the accessibility, this is a great way to be able to see more hotels and try different aspects of Walt Disney World.  I think this also gives guests with a little less money a chance to stay in a nicer hotel for a night or two.  That was the case for us when we stayed at AKL.

After dropping off our bags at bell services, we headed to Animal Kingdom to do a few attractions that we missed earlier in the trip.  We did some favorites, as well… 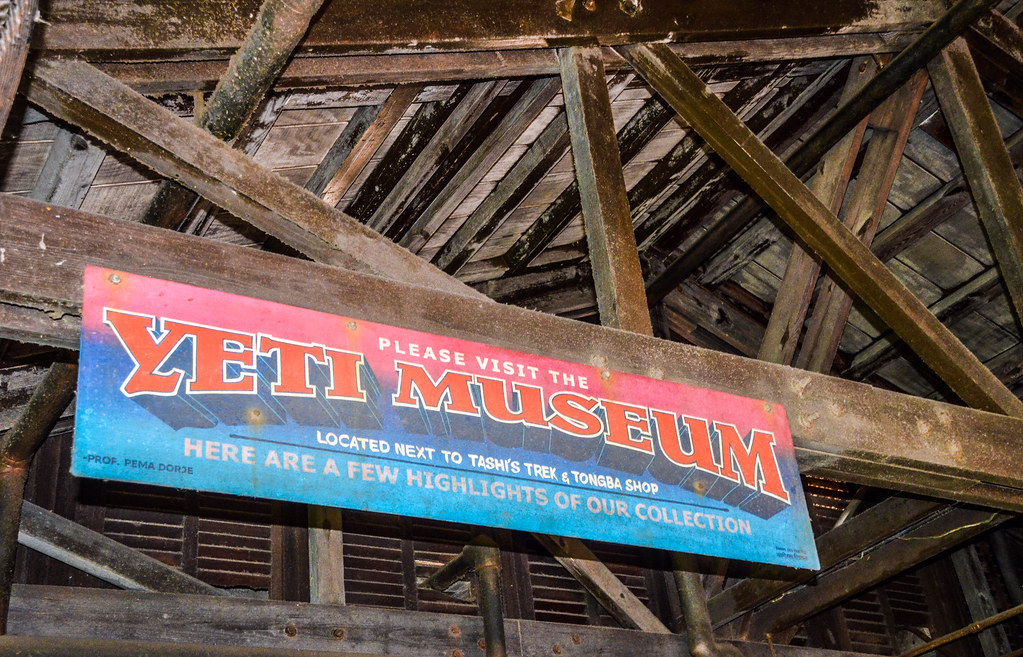 When you have a chance to ride a train up Everest, you ride a train up Everest.  After that we headed to the most underrated attraction in Walt Disney World, Maharajah Jungle Trek.  Since the internet is all about hot takes, I’ll give you one – Maharajah Jungle Trek is the most immersive and detailed area in Disney World.  While that might not be true, I could certainly make a case for this.  The attraction is a walking path showcasing animals but the details are and architecture are beautiful.

Maharajah Jungle Trek tells the story, in short, of animals surviving poachers and then being respected by the people in that area.  Oh yeah, the actual animals in the area are great as well.  Headlined by a tiger, this attraction is top-notch.  Here are a few of my favorite photos from this attraction. 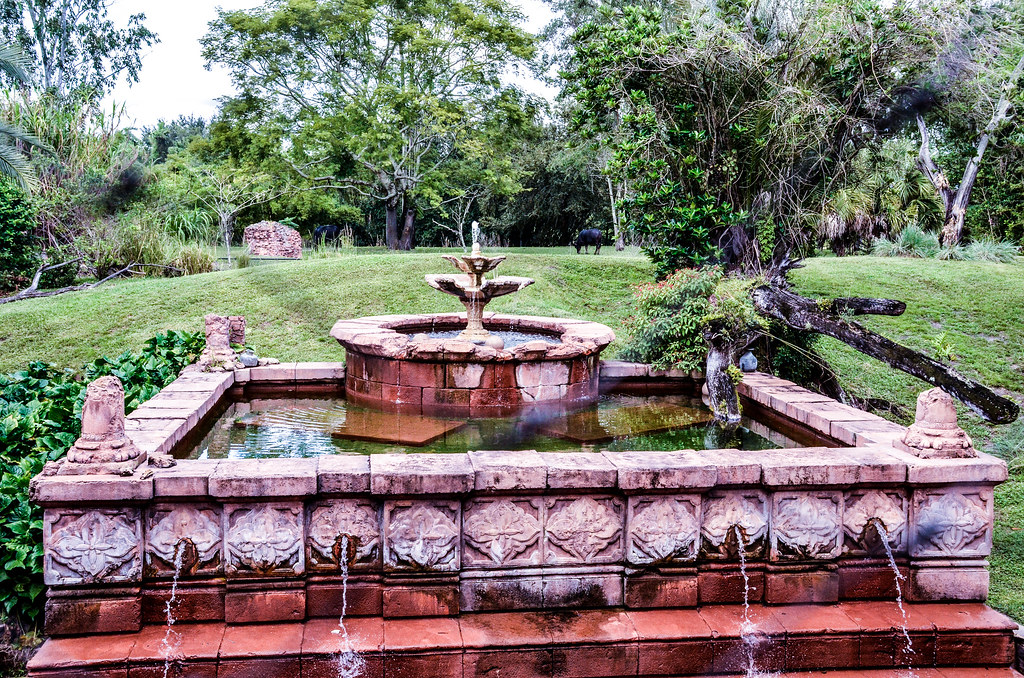 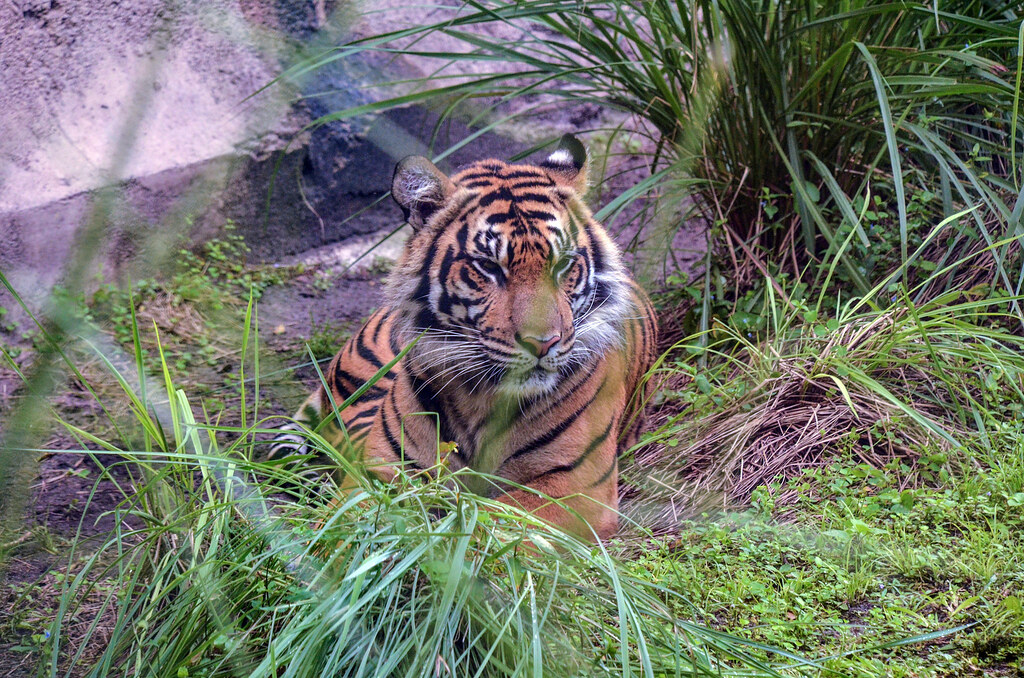 After that it was back to another of our favorite attractions – Kilimanjaro Safaris.  On 2 of the 3 rides we took on the safari this trip, I thought our driver did something a little different.  One of those rides was at night and the driver seemed to add a little bit of humor to the attraction.  This wasn’t anywhere near Jungle Cruise levels but there was quite a bit of time to fill with this attraction at night.  The driver filled that time and did it well.  On our ride this day, the driver did a bit of a Q&A as we traveled the savannah.  I thought this was great and really added to the attraction for repeat riders. 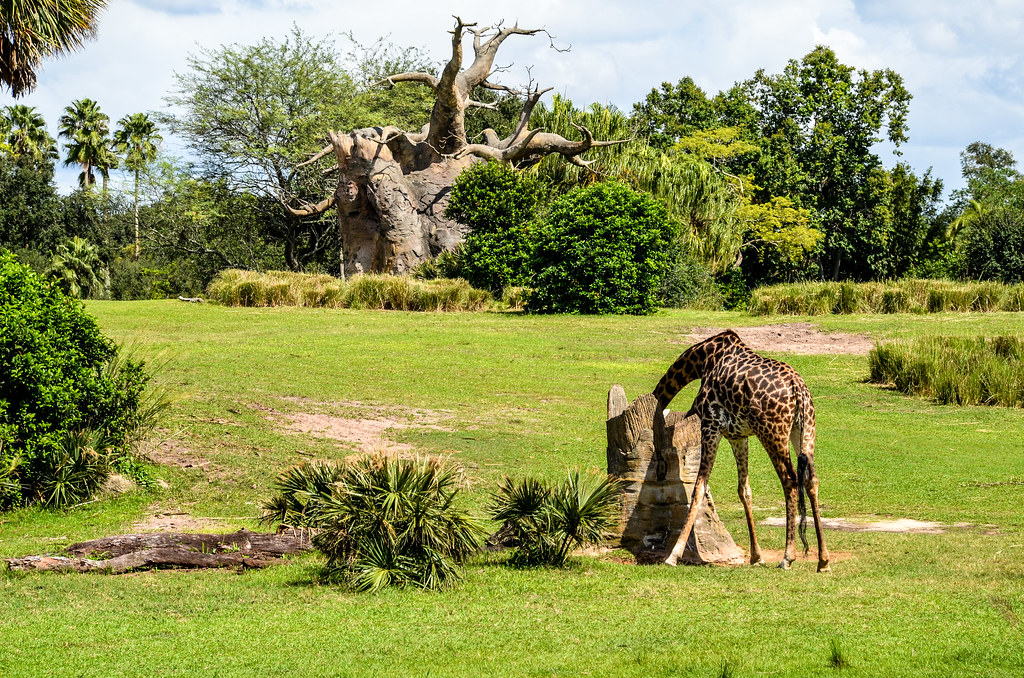 After our safari, we went to lunch at the new Tiffins.  I will have a glowing review of that restaurant in the next couple of weeks.  If you are at Disney World before that review comes out here’s my advice.  Go to Tiffins.

Once we finished lunch we wandered around the park a little bit and then went to check into our hotel for that night – Port Orleans Riverside.  I’ll, again, have a review of the hotel up shortly but we did enjoy our time there. 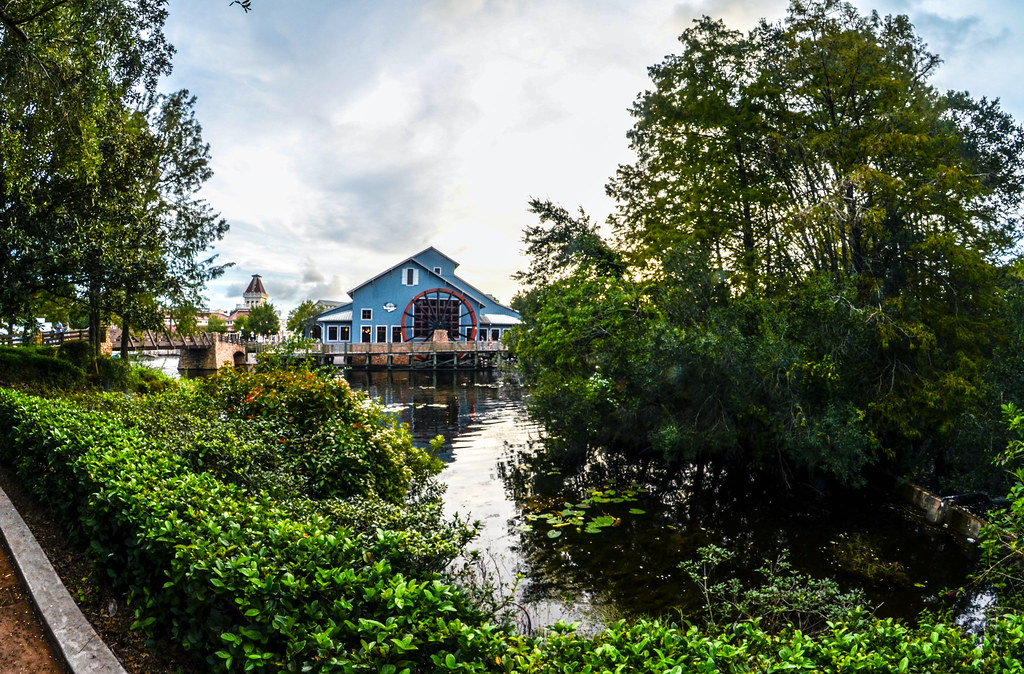 After taking a nap in the afternoon, we went back to Animal Kingdom.  Unfortunately, Melissa wasn’t feeling well that night so we took it nice and slow and didn’t do too much.  We do really like the park at night though and would encourage people to go, even before the Rivers of Light and Pandora open.  There aren’t many people there, there is live entertainment everywhere, and the atmosphere is incredible. 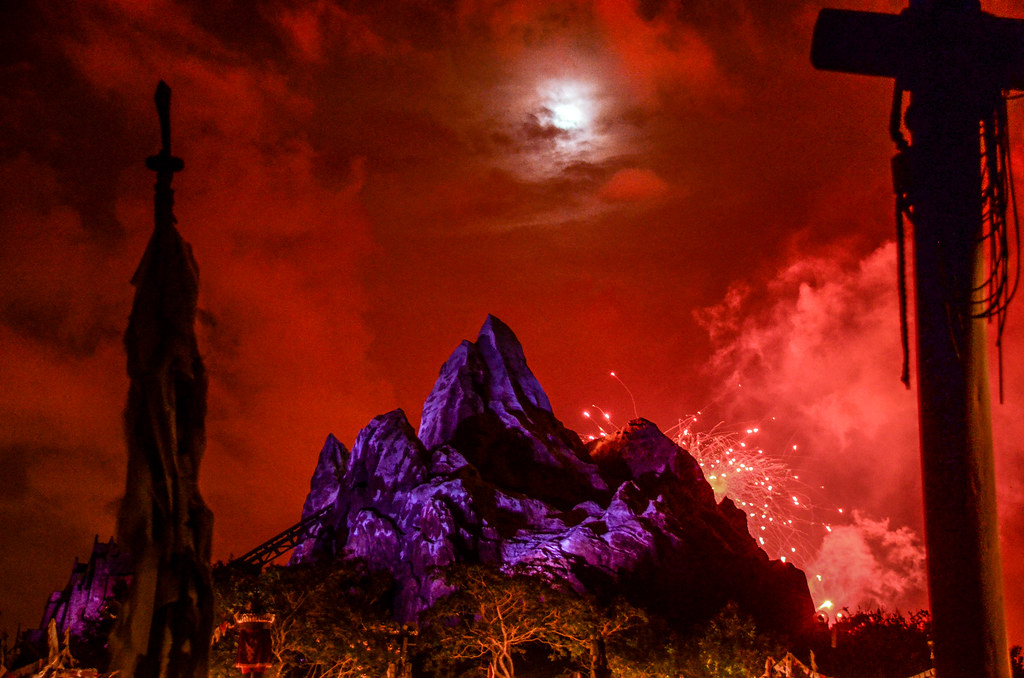 If you time it right, you can watch the Hollywood Studios fireworks erupt behind Mount Everest.  I’d recommend standing on one of the bridges that connects Discovery Island and Harambe for the best view.  I enjoyed the view and thought Everest looked great with the fireworks behind it.  Next visit I want to ride Everest as the fireworks are going off. 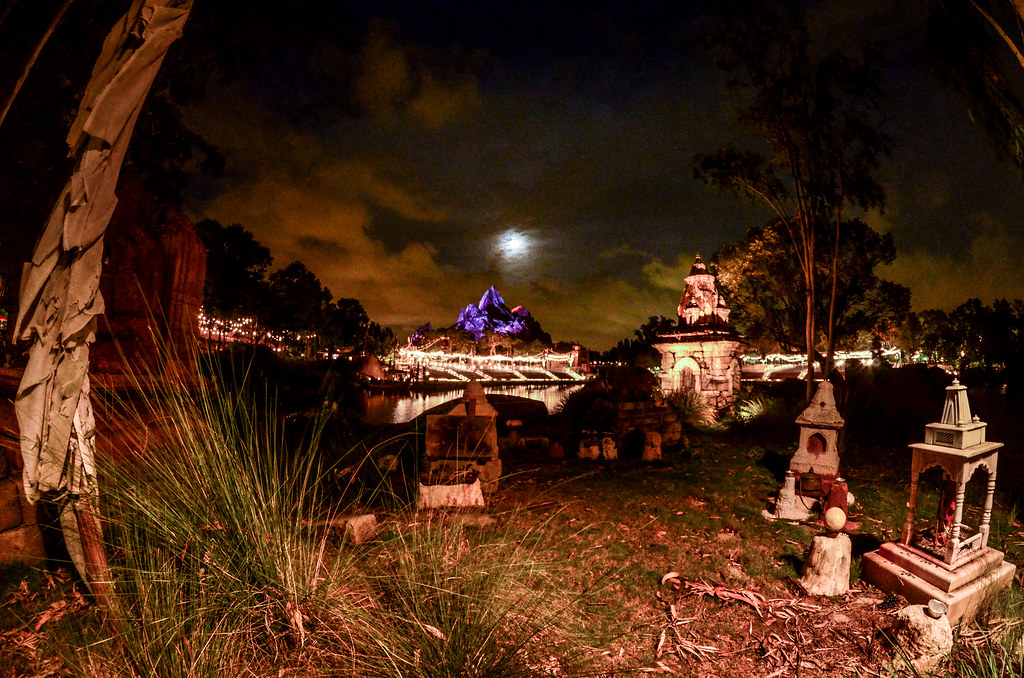 Looking back on the trip, I think the two highlights (disregarding food haha) were the Halloween Party and getting to see Animal Kingdom at night.  For those that loved the park before, going at night is a must.

We went to Disney Springs that night and enjoyed a drink at Jock Lindsay’s.  I like what Disney has done with that whole area and I’m a little bummed we didn’t spend some more time there on this trip.  We’ll remedy that in the coming months!

The next morning we were back at Epcot and having lunch at the Food and Wine Festival.  I had a spicy tuna roll and shrimp from the Japan booth that day.  I thought both were good but not exceptionally so.  I’m looking forward to the Food and Wine Festival in 2017.  I don’t think that the festival warrants quite as much hype as it receives but it certainly is fun and full of some good food. 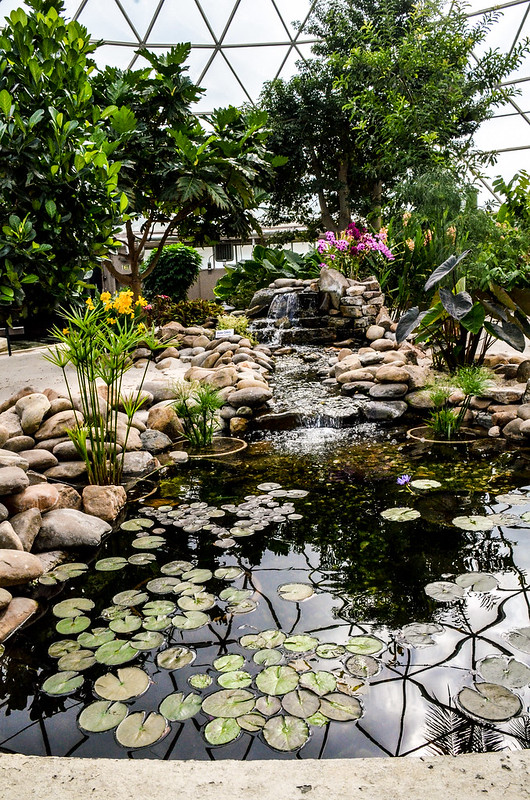 We rode Living With The Land that morning which is definitely under-appreciated, like Maharajah Jungle Trek.  The first half of the attraction could use an update but I find it really interesting to see what they are growing and harvesting in the greenhouse.  I hope the attraction survives whatever is about to happen to Epcot.

We walked around World Showcase a while longer before heading back to Port Orleans to catch the bus to the airport.  It was a fun way to end the trip and somewhat relaxing, even with the big crowds. 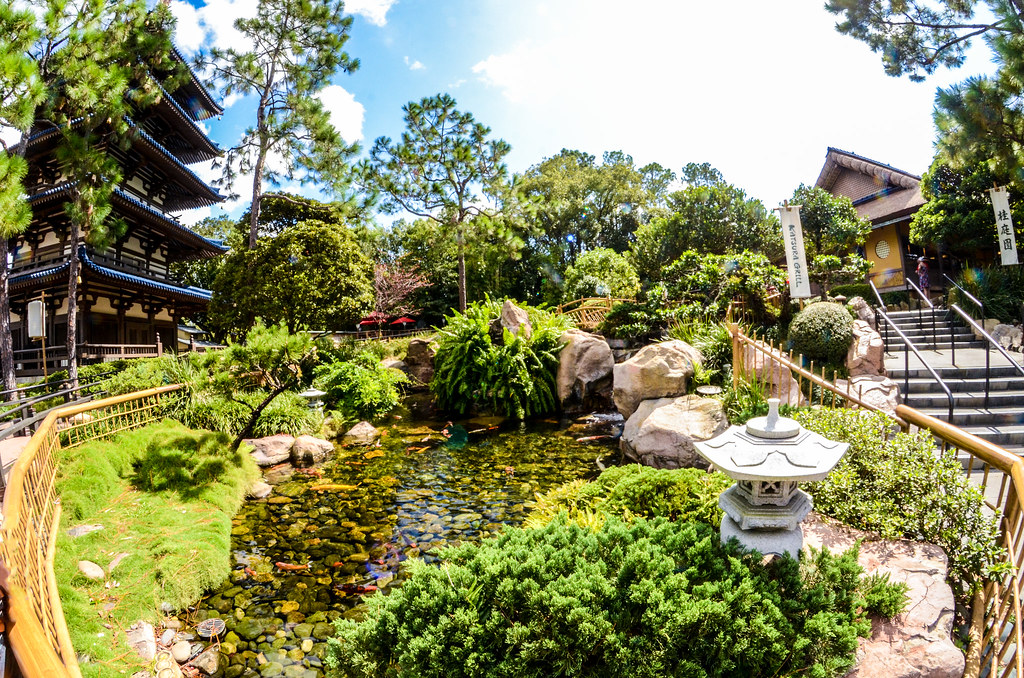 There are plenty of things in Walt Disney World that have me worried – Hollywood Studios, upcharge events, and Epcot namely.  That doesn’t make me enjoy our trips any less.  This trip in particular was a blast and full of laughter.  Leaving wasn’t quite as painful either, since we’ll be back before long!

Thank you for reading Wandering in Disney!  If you have any questions regarding the Disney Parks please let us know in the comments.