Disneyland Hotel is where Steakhouse 55 resides.  I always enjoy seeing the pool area of that hotel which sits under Tangaroa Terrace and Trader Sam’s.  We came to Steakhouse 55 after a morning in Disneyland so we took the monorail from Tomorrowland to the end of Downtown Disney to arrive faster.  This was an incredibly quick way to get there, and one I would highly recommend if you are already in Disneyland or coming from Harbor Boulevard. 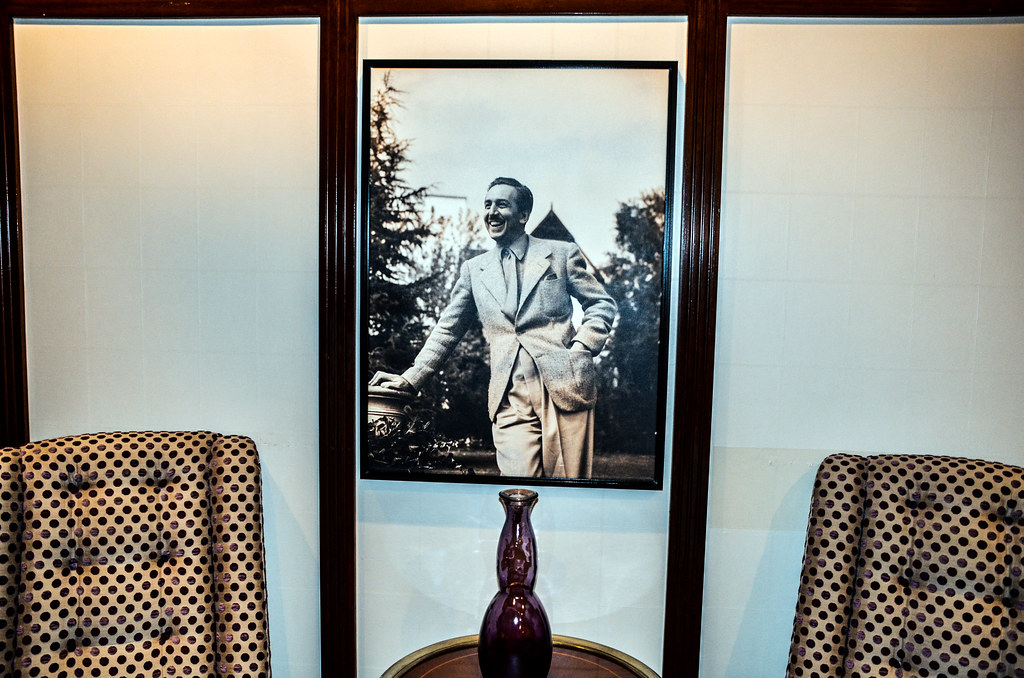 Steakhouse 55 is in the Convention Center wing of the Disneyland Hotel and sits right across from Goofy’s Kitchen.  The theme here is pretty straight forward, it’s an upscale steakhouse.  There are pictures of Walt Disney and other leaders of that generation hanging on the restaurants wall.  The steakhouse celebrates the year 1955, the year Disneyland opened, and is a throwback of sorts to that historic year.

Both times we’ve dined here the restaurant hasn’t been busy at all.  Our dining experiences were both on Saturday mornings at peak breakfast times.  I’m not sure why Steakhouse 55 isn’t attracting more guests outside of it being quite a ways from the parks, but the restaurant not being full adds to an already relaxed meal. 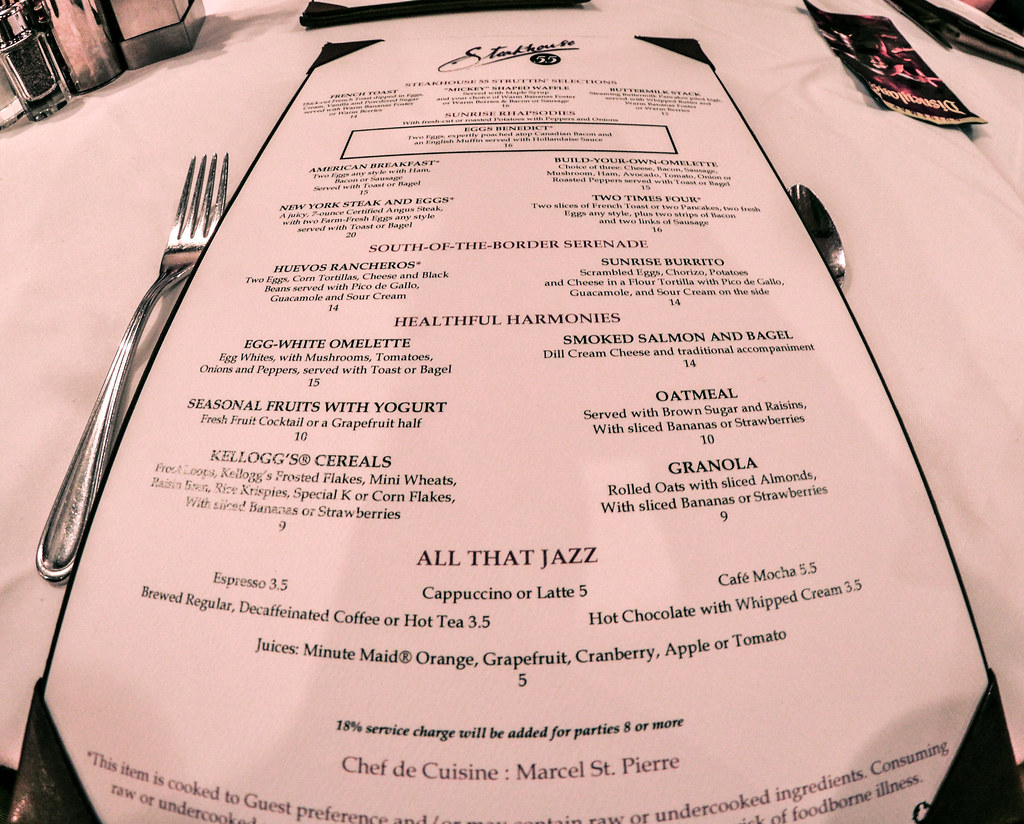 The menu is fairly large, especially for breakfast.  There are 10+ items on the breakfast menu with a wide variety of flavors.  While the choices won’t wow you with anything out of the ordinary, there are plenty of items and something for everyone.

I settled on the Eggs Benedict on our most recent visit and Melissa went with the Two Times Four, which is bacon, eggs, sausage, pancakes and potatoes. 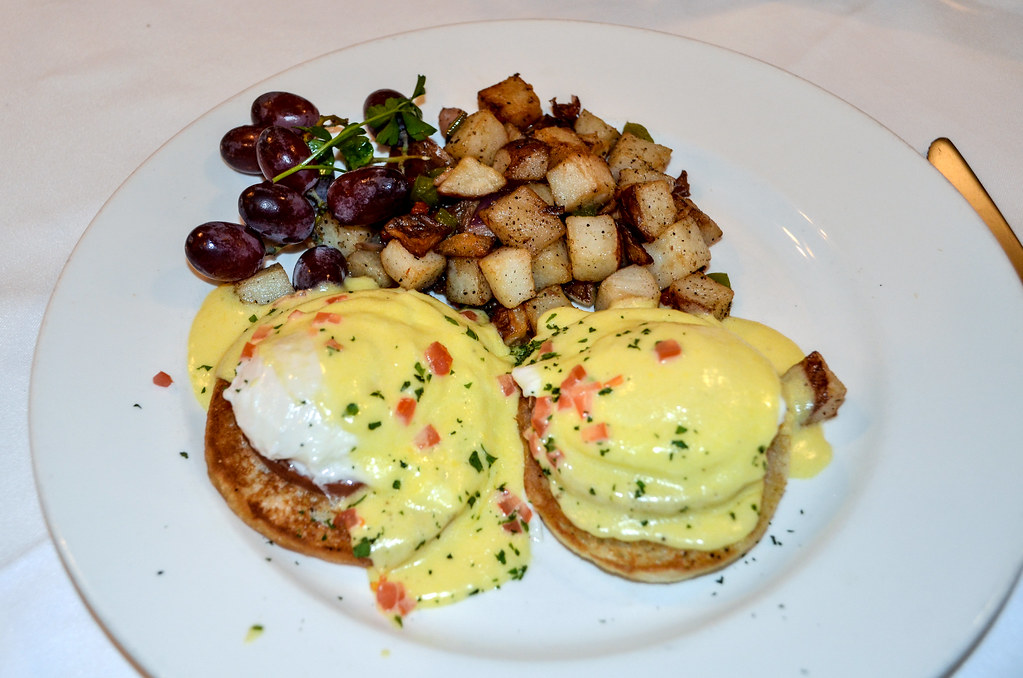 The Eggs Benedict here were some of the best Melissa and I have ever tried.  The Canadian Bacon was fresh and the english muffin was delicious.  The eggs were poached perfectly and the hollandaise sauce was fantastic.  I’m getting hungry just thinking about it.  The dish filling yet light and, as you can see, came with potatoes.  I would definitely recommend this dish. 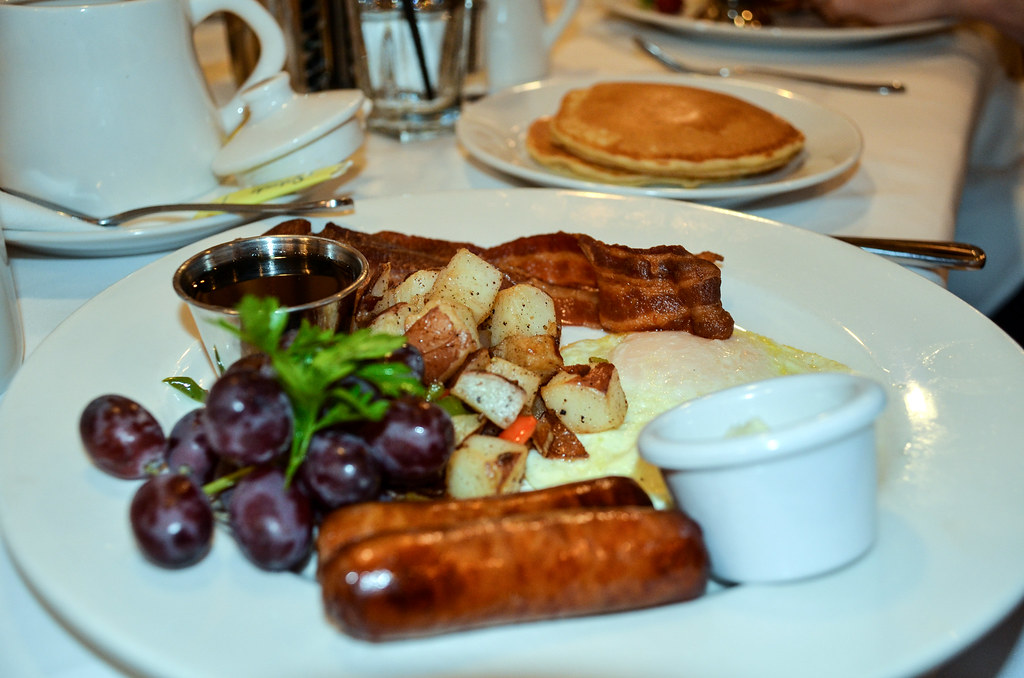 This was the Two Times Four.  It’s a lot of food.  Melissa said the pancakes were good but nothing out of this world.  Everything else was fresh and well cooked.  While the dish was somewhat ordinary, if this is your type of breakfast choice then you can’t go wrong with this.

On a previous visit, I tried the steak and eggs.  The steak was well cooked, as you’d expect from a steakhouse.  Like the Two Time Four though, the dish was good but not incredible.  I’d recommend it but the steak and eggs were definitely not on the same level as the eggs benedict. 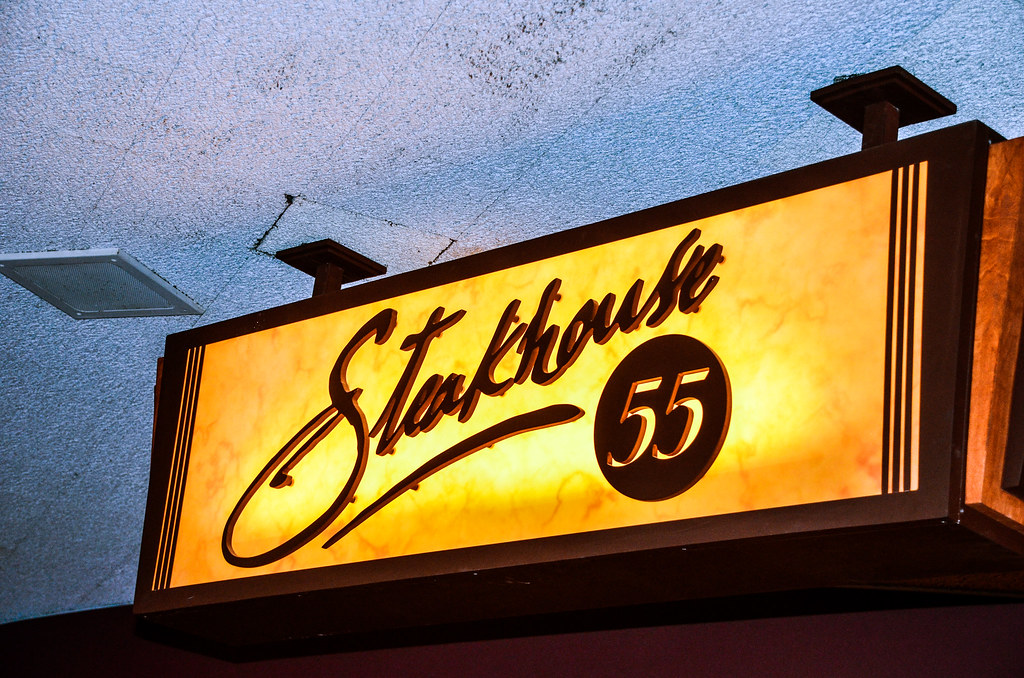 As far as prices go, everything is between 10 and 20 dollars, with the steak and eggs being the most expensive at 20 dollars.  Breakfast is never as expensive as dinner but I do feel that this is a relatively good value to eat at a nice restaurant.  When you consider a hearty breakfast dish in the park costs around 10 dollars, these prices seem absolutely fair.  The quality here is definitely a step above what you’d find in the parks (at least in most cases) and the theming is just as good, if not better.

Overall, I really enjoyed our breakfasts at Steakhouse 55.  Everything we’ve tried is fresh and cooked well.  If you want to take an hour-long break from the parks and have a nice leisurely breakfast, go to Steakhouse 55.  I think breakfast here is one of a few hidden gems left at Disneyland.