In the last half-year I’ve tried to come up with a way to give quick updates on the U.S. Disney Theme Parks without sounding like a press release.  Due to my excellent and professional writing I found this task to be difficult.  I’ve had to turn down countless job offers due to these posts and I’m sick of it.  With that in mind, it’s time for a new format! (Okay, maybe I just wanted to try something slightly more unique than giving quick updates with brief commentary.) 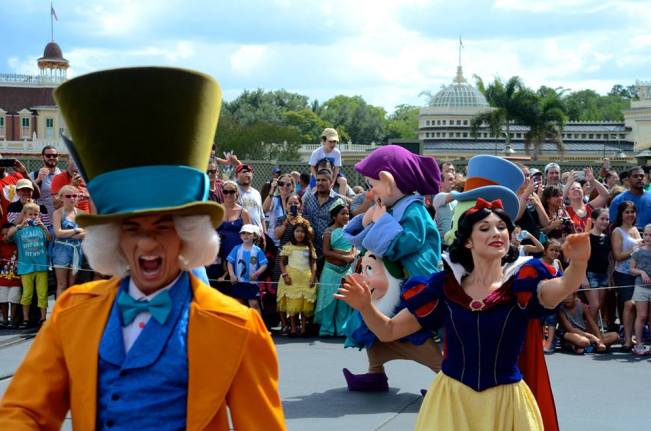 This new idea for a park update post is extravagant.  So extravagant, in fact, that it demands its own line and capital letters:

That looks good, right?  I know it does.  But what are these Theme Park Power Rankings, you might ask?  Well, let me guide you through the mystery.  If you’re unfamiliar with power rankings, they are used a lot in sports writing when columnists/bloggers have no other ideas for content.  The writer gets to decide which team or player is playing best on the current date and then ranks the teams in that order.  Why use this overdone format?  Well, not many theme park blogs are brave enough to venture into the world of power rankings.  Allow me to take the fall for everyone else.  Why so many rhetorical questions in this paragraph?  Because those are the easiest to answer.

These power rankings will feature the six U.S. Disney Theme Parks.  Like real power rankings are supposed to do, they won’t reflect which park is the best overall.  Disneyland and Magic Kingdom would constantly be at the top of the list if these rankings were just ‘what park is best’.  Instead, these will reflect new attractions, entertainment and dining.  They will also take into account any rumors of the last few weeks.  Confused?  You’ll figure it out.  Are these rankings strictly my opinion?  Yes, but my opinion is always right…  Ready to start?  Me neither, but here we go anyway!

I should mention that Disney Springs has probably had the strongest year of any Disney Park area.  While not a park, Disney Springs seems to be opening something new every week.  There are great restaurants and stores to try.  If I was to include it in my power rankings, it would probably be in the top spot.

Now comes the fun part!  You get to tell me what an idiot I am for the order of my rankings.  Yes, I know DCA is too low.  You can still remind me in the comments.  Also, let me know if you have any questions about what is going on in the parks.  I’m happy to help however I can!