Disney Parks are places full of immersive details and heart warming moments.  At least they are until your bladder is full and you’re stuck in 95 degree-heat with no idea on where the nearest bathroom is.  Getting stuck in hell (Mr. Toad’s Wild Ride) is paradise compared to some of the other places you can get stuck in the U.S. Disney Parks.  There in lies the topic of today’s top-ten list.

Of course, this type of post is all in good fun.  I like broccoli, you may find it disgusting; we likely don’t agree on every part of the Disney Parks.  I’ll poke fun at some things that you may like, just don’t take it too seriously.  In the comments you can make fun of things I like and then we’ll be even.

For this post, I’ll try to focus on specific areas instead of general spots.  I may not like Disney’s Hollywood Studios right now but that is too broad for this specific post.  These are areas that I wouldn’t want to be stuck in for more than 10 minutes (or there abouts.)  I’ll be taking into account all 5 senses: touch, taste, smell, sight, hearing, and taste again.  I’ll also consider how well an area handles crowds and heat.  Any questions?  Put your hand down, let’s just get to the list!  These are the places you don’t want to be stuck in the U.S. Disney Parks.

Getting stuck on It’s a Small World is a rite of passage for hardcore Disney fans.  For a number of different reasons, people can take a while to get off a boat.  There’s nothing wrong with that but it may cause a severe case of ‘songstuckinheadness’ if you’re behind some of these people.  If you’re stuck sitting in the same room of the ride for 5+ minutes you’ll notice slight chest pain.  Don’t worry, it’s not a heart attack.  It’s simply the many dolls staring holes into your soul.  You’ll escape them momentarily, but you won’t escape them in your nightmares.

Honestly though, I like It’s a Small World and don’t mind getting stuck for a few minutes.  It’s usually nice and cool in there and the song gets stuck in my head no matter if I’m trapped in there or not.  It’s not ideal but definitely not the worst spot on this list.

Have you ever stepped in dog poop?  It stinks.  Magic Kingdom’s version of stepping in dog poop is walking down a brown path in a wonderfully themed land.  Like nearly everything else, the Disney version is much better.  Liberty Square is a wonderful land and one of my favorite places in Magic Kingdom.  Part of that great theming is that there is a brown path going down the land.  This is to replicate people throwing their waste out into the streets from the top window of their homes, like they did in colonial days.  Now, I have read (and thought I’ve smelled) that this path does have a certain scent to it.  I’ve also heard it’s a crappy scent.  Of course, the scent isn’t as strong as you’ll find in many people’s bathrooms around the country but, depending on who you ask, it does exist.  No one wants to get caught standing in pile of human waste, even if it isn’t actually poop.  Let’s move on before I overuse the bathroom humor.  (Too late maybe?)

Sometimes quizzical theme park fans will walk into buildings without thinking.  Sometimes those buildings are empty and have next to nothing in them except for a bathroom that you saw a sign for outside.  It’s an eerie feeling.  Of course, there isn’t much excuse for getting stuck in here (unless you can’t find the exit.) They are also air-conditioned, and devoid of crowds.  Joy is another thing that they are devoid of and that feeling outlasts the AC.  Wandering through an echo chamber that once housed great attractions is a bummer, and something that is happening all too often in Epcot. Wait, do you see movement? Oh it’s just a meet & greet for a little-known character in one corner of a giant building.  Don’t get your hopes up.  Getting stuck here doesn’t cause panic, it just may lead to Sadness.  She was the character you can see at the meet & greet.

We are nothing if not practical here on Wandering in Disney.  Just check out the hypothetical Questions of the Week and the 2 posts I did on 48 hours in Disney Parks with an unlimited budget and teleportation machine… Anyway, what does Chip N’ Dale’s Treehouse and the submarines in DL have to do with each other?  They’re both in Disneyland, for one.  More importantly for this post, they both are small and somewhat claustrophobic.

Chip N’ Dale’s is a treehouse made for squirrels.  It’s selfish of us humans to think that we should be able to easily fit into their homes.  If for some reason you were to get stuck there, don’t come complaining to us about your neck ache.  Just be thankful that the chipmunks built such a structurally sound treehouse.

Getting stuck on the submarines for a time is a lot more possible than the treehouse.  Like the boats on It’s a Small World, submarines can be difficult to get in and out of for a number of reasons.  That can make the time sitting and waiting in the submarine somewhat unpleasant.  I don’t often get claustrophobic but in these submarines I do.  Unfortunately, it also gets very warm in there.  Otherwise, it’s a pretty interesting attraction.  I just wouldn’t want to get stuck in there for very long.

6. Leave a Legacy entrance to Epcot

Have you ever seen photos of an old abandoned amusement park?  If Epcot ever became that (it won’t) there is no doubt that the Leave a Legacy entrance would be the creepiest part.  These hunks of metal that inexplicably stick out of the ground remind of a memorial when viewed on their own.  They are also inconvenient, as their isn’t a great way to walk through them.  Since Epcot is supposed to be a look at the future, this is what I picture cemeteries to look like in a century.  Of course, Spaceship Earth right next to this saves the view a little bit and redeems the spot somewhat.  Still, it can be hot and crowded there with a bunch of metal things poking up from the ground.  It’s not ideal.

There is a strange memory I have of really not enjoying the bathrooms as you enter Adventureland in DL and Magic Kingdom.  There is a smoking area near that space in Magic Kingdom and maybe it’s just the memory of inhaling smoke that spoils this place for me.  I will say that Disney (and many other places) has done a great job of keeping the smell of smoke down in parks in the last few years.  I used to notice it fairly often but now it’s a bit of an afterthought.  I don’t smoke but I’m curious if anything Disney has done has changed the experience for those who do smoke.  I’m also curious if anyone has experienced these unpleasant Adventureland memories besides me?  Still the smoking area in Magic Kingdom next to the Adventureland bridge makes this a place I don’t want to get stuck.  Plus, it’s hot and often crowded there.  That lands it in the top-5. 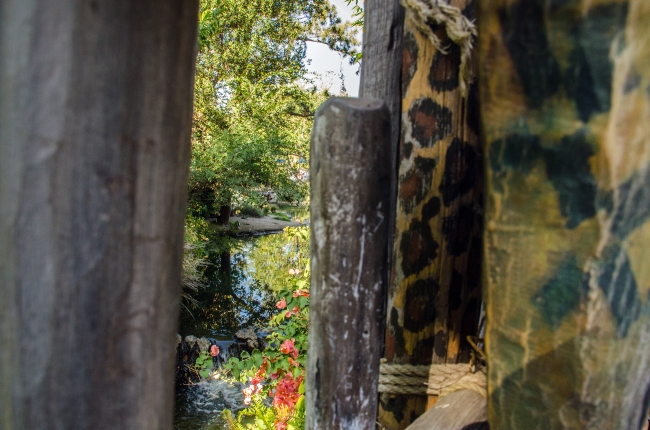 This place makes the list solely because of the food connected to it.  Sure, ABC Commissary is a decent place to cool off and sit for a few minutes.  The theme is pretty bad, so it basically echoes the big empty building problem that Epcot has except that this place can get fairly crowded at times.  But when you think, “Oh, I might as well have a snack or meal while I sit here” you’re in trouble.  ABC Commissary is my least favorite counter-service spot in a Disney Park because the food is bad and/or uninteresting.  The theme in the building is next to nothing making it a lame spot to sit down and take a load off.  There’s nothing good about being stuck here, you’ll either be bored out of your mind or stuck with bad food.  Probably both!

3. Waiting to get into Fantasmic! (DHS)

As I’ve already said, I don’t often get claustrophobic.  Usually crowds aren’t an issue to me.  One spot all of that goes to waste though is waiting in line for Fantasmic! at Disney’s Hollywood Studios.  Everyone packs in like sardines on a path leading up to the amphitheater.  Before people can get to their seats, everyone has to wait in a line that has nothing to look at and no source of entertainment.  This is where we learn what life would be like if Disney decided that theming a queue wasn’t important.  It’s bad, hot, and crowded.

Most lands based on a single franchise are enticing.  Everyone wants to see the Wizarding World.  Cars Land is beautiful.  There’s some level of intrigue that people want to explore.

“You’ve been shrunk down to the size of a bug and get to explore things that other bugs do.”  Yeah, that’s no good.  I have no affinity for bugs and do not wish to be one.  Here in lies the problem with A Bug’s Land.  There is nothing exciting about being a bug to most people.  The land is also filled with cheap attractions that you could find at a local fair.  That makes standing in line a pain because wasting precious time on a ride that’s back home isn’t ideal at Disney.  It’s also annoying because of heat, crowds and the whole uninteresting land thing.  Don’t get stuck in A Bug’s Land.  No good will come from it.

Like A Bug’s Land, Chester & Hester’s is just a bad idea.  Located in Animal Kingdom’s DinoLand, Chester & Hester’s is supposed to be a roadside carnival for those who want to tour the dino institute (Dinosaur.)  It’s a decent backstory but think about it logically.  Where else can you visit places with roadside carnivals attractions?  Your local amusement park or fair.  We’ve run into the same problem as A Bug’s Land.

Where Chester & Hester’s really sets itself apart is how ugly it is.  It’s so hot because of the concrete and there not being any shade.  The attractions look thrown together. If I got stuck here for any amount of time, I would always nervously be looking over my shoulder waiting for a clown to pop up with a chainsaw.  Maybe I’ve just watched Zombieland one to many times, but that’s what this place reminds me of.  That’s why it claims the top spot on places you don’t want to be stuck. 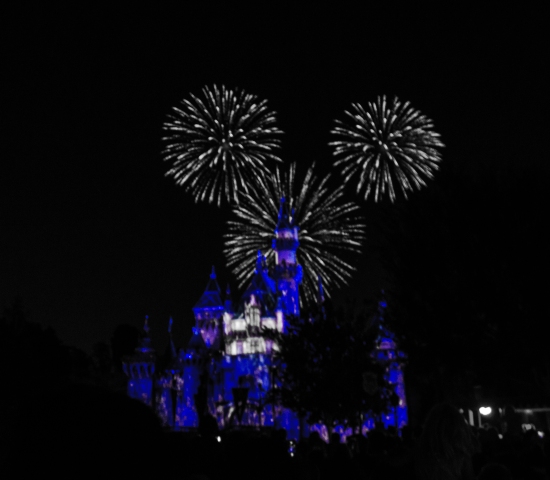 Where are some of the places you hate to be stuck in a Disney Park?  Let us know in the comments!