Trip Report Saturday is back!  Melissa L. and I (Andrew) went to Disneyland at the beginning of September.  If you missed earlier installments of the trip report, here are parts 1 and 2. 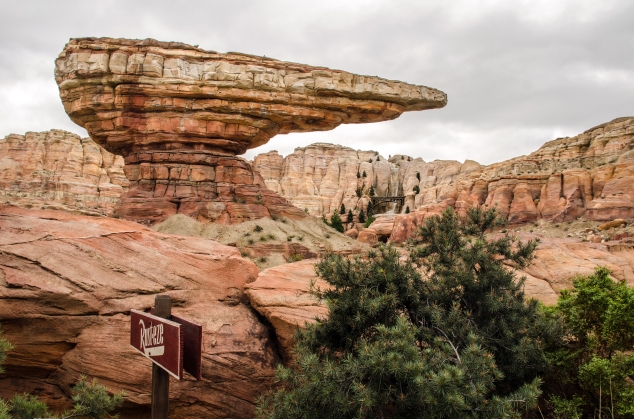 After our tasty, quiet breakfast at Flo’s, Melissa and I took the somewhat private walk from Cars Land to Pacific Wharf.  As I’ve said before on this site, this is one of my favorite parts of the new and vastly improved Disney’s California Adventure.  The walk between the lands is scenic, as you move from the detailed rockwork in Cars Land to the relaxed feeling of the wharf.  If you go this route early in the morning or late at night then running into other guests isn’t likely.  It’s a quick getaway from the hustle and bustle.

We eventually made it to Paradise Pier and rode Toy Story Midway Mania and California Screaming’.  We also did Goofy’s Sky School which is the most terrifying attraction in that park outside of It’s Tough To Be A Bug (when it’s open).  Now, I know many of you are judging me, and my courage, after admitting to be afraid of a kiddie-coaster and a 3D movie about A Bug’s Life.  That’s fair of you, but I did kill 3 spiders in our yard the other day!  Anyway, Goofy congratulated me on learning to fly his way.  Fitting that he already had a bird on his arm because I almost sent him another one as I staggered by.  Fly better, Goofy!!

After Paradise Pier we walked to the newly renovated Grizzly Peak Airfield.  I was really impressed with the changes they made to the area.  Instead of the somewhat tacky look that was there, Grizzly Peak Airfield is more subtle and really fits the area of the park.  What might be most encouraging about this renovation is that there was no big attraction added or a new meet & greet in the area.  Disney saw an area that wasn’t visually appealing and fixed it.

The backstory of Grizzly Peak Airfield is that it;s a place where planes would land while fighting fires in the area.  This is really shown in the freshly, rethemed Smokejumpers Grill.  A smokejumper is a firefighter who parachutes into an area to fight a wildfire.  This area is a nice tribute to those brave souls.  We had a nice time exploring Smokejumpers Grill, although the menu didn’t appeal to us, and the rest of the area.  The colors in the area and the kinetic flow from the airfield to the actual Grizzly Peak is a major improvement over what was there.  Here are a few pictures, and a couple more quick thoughts.

As you can see, the colors are much softer and deeper.  The mural and signage around the area might be my favorite part outside of the tower in the picture above.  That tower is such a nice touch and fits the area so well.  I also think that the paint job on the Soarin’ building looks great. 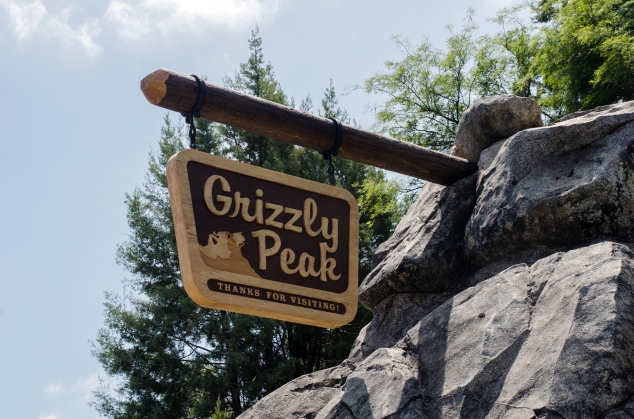 What these pictures don’t adequately show is how the area really augment the trees around it.  While I wouldn’t go as far as to say that guests will think they are in a national park instead of a theme park, the area isn’t far from accomplishing that mission.  The renovations to this area are what make me hopeful for Disney other Disney projects in the future.  They know they can’t just add great attractions but they must make areas look good, as well.

Oh yeah, we went on a few attractions!  Grizzly River Run is great.  It was closed the last time I was in Disneyland so I had forgotten just how much I love that attraction.  First of all, the scenery is beautiful.  The ride itself is really fun and surprisingly long.  And the theming is incredibly done.  I love most river raft rides and this is easily my favorite.

We also went on Soarin’ with the new projection system.  The change is noticeable and needed.  I’m looking forward to viewing the new Soarin’ film next time!

Our FastPass for Radiator Springs Racers was available so we went from a newly improved area of the park to its crown jewel.  It’s really remarkable how far California Adventure has come in the last 8 (or so) years.  There are still several weak areas around but the highs definitely outweigh the lows at this point.

Radiator Springs Racers was great, as usual.  The attraction is still the most popular ride at the park (by a longshot) so our plan of attack for the ride is usually to get a FastPass as soon as we get to the park so that we can ride the attraction together.  Then, when we want to ride it again (and we always want to ride it at least a few times while in California Adventure), we use the single rider line.  I don’t think that riding this attraction together adds a ton to the experience.  In fact, sometimes it’s even more fun when you line up to race against the person (or people) you came to the park with.  The single-rider line is nothing to be afraid of either, as the seats are pretty wide and you don’t get too close to the person next to you (if you are someone who worries about that).

Like Disneyland, California Adventure had gone through some ‘sprucing up’ before the 60th Anniversary.  While California Adventure didn’t leave quite the impression on me as it’s neighbor, it is definitely in tip-top shape.  I’ve never really took the time to appreciate Grizzly Peak until this trip.  It’s really beautiful.

Mater’s is a great little ride.  While it’s nothing more than a B-ticket (C-ticket if you catch me on a really good day) the detail that it took to create it was something all Disney Parks need to strive for.  There is that annoying (but great for the ride) song that is written specifically for the attraction.  There is the interesting track system that improves on a basic kids ride.  Most of all, I’ve never seen someone frowning while riding this.  I think it might be impossible.  While sheer terror overtakes me on Goofy’s Sky School and It’s Tough To Be A Bug, Mater’s usually sees me laughing uncontrollably.  This is the type of complimentary attraction Disney should be making.

The rest of the early afternoon was spent on Little Mermaid, watching some street entertainment (the garbage can drummers are a lot of fun), and Paradise Pier.  It had turned into a beautiful day after a somewhat cloudy morning.  I wandered around for a while and took some photos around the World of Color viewing areas, shooting into Paradise Pier. 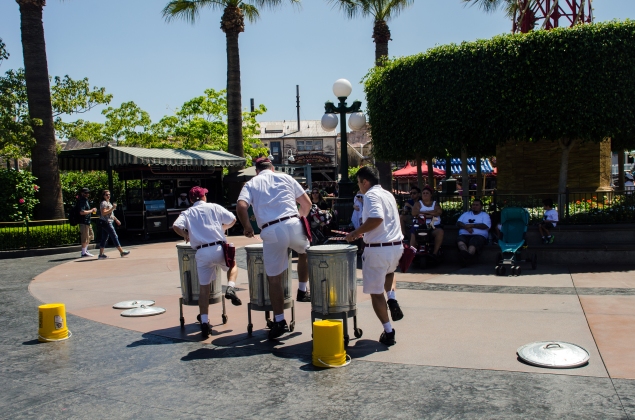 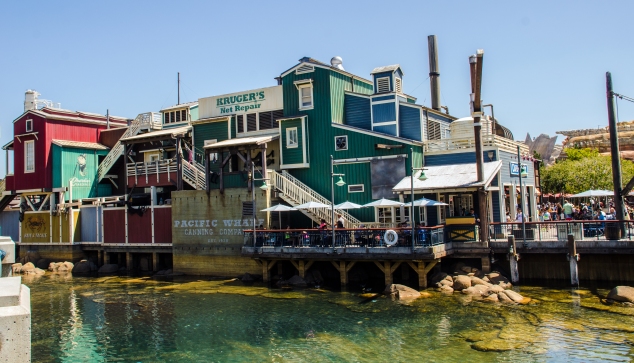 After all of that, it was time for lunch.  We ate at Wine Country Trattoria (here is my review from that meal, in case you missed it) and then headed back to our hotel for a nap.  It was really nice to have a hotel that was so close to the parks so that we could take a break in the afternoon.

After our break we went back to California Adventure for the evening.  Once in the park, we went straight to Hollywood Land and spent some time there.  Outside of A Bug’s Land, this area is probably the part of California Adventure that needs the most help.  We went on Tower of Terror and, obviously, that attraction doesn’t need help.  We went over to the Animation Academy to see why all our other writers rave about it and, sure enough, that place is a hidden gem.  But, outside of those two attractions and an enjoyable shop connected to the Animation Academy, Hollywood Land doesn’t add anything for me.  This is especially true about the area with the Frozen sing-a-long and Monsters Inc. dark ride.  While neither attraction really bothers me, they also don’t excite me at all.  We walked through Mad T Party and that wasn’t really our thing, I could see why some people really like it.  I say all of this, because if there are more changes coming to California Adventure (Marvel anyone?) I would hope it will be here or in A Bug’s Land.  Eventually, I’d like to see Disney do a little more with Paradise Pier at some point too but now I’m getting off track. 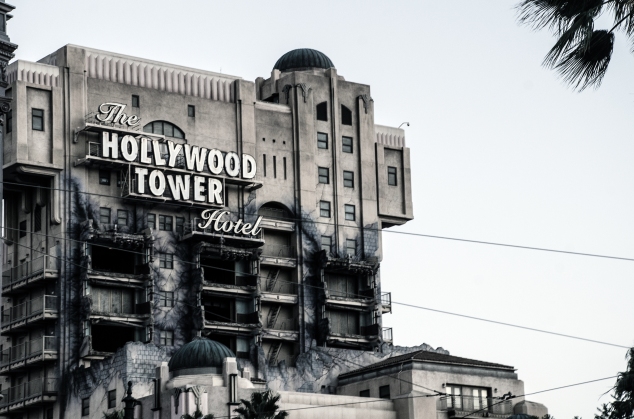 If you noticed, I left off Aladdin from the things I like about Hollywood Land.  Honestly, Aladdin is a really good show that is needed in that park.  I really like it but I’m not sad that it’s giving way to a new show.  While everyone is on Frozen overload, I do think it will lend itself well to the Broadway style of show that Aladdin was.  My hope is that once Frozen enters the Hyperion Theatre that the sing-a-long will go away.  Putting the Muppets back in there would be fine for a while (yes, I love the Muppets) until they were ready to move on to their next project.  Not only do I think the area needs more to it, I also think most of it needs to be of higher quality.  Hopefully the wait for changes won’t be too long.

After our evening in Hollywood, we took a drive around Radiator Springs (a must-do at night) and then got some snacks/dinner from the Cozy Cone Motel.  This place was surprisingly good.  I loved the Pear Soda and crave it about once a week.  I may have a review of this place at some point, but I was really pleasantly surprised by it.

We had a quick dinner because we were in a hurry to get to World of Color.  While we didn’t have the best spot for either time we saw this show, we really enjoyed it.  We’ll have a review and discussion of the show up on the blog shortly so I’m not going to say a ton about it.  What I think all of the new shows do is invite people to stick around afterwards and soak it all in.  That is especially true for World of Color.  Both times we saw the nighttime spectacular we stuck around the waterfront for about 15 minutes afterwards, just listening to the music and watching the fountains.  That was a beautiful way to end a day at the parks and I love the sense of belonging all of these new night shows have. After World of Color, the park had closed.  Of course, this doesn’t mean that you have to rush out of the park.  If you can, always try to walk through Cars Land after closing, especially on the path that I mentioned at the beginning of this post (roughly 18 hours ago).  There have been times where security guards have stopped us from walking this way but there was no one blocking this route that night so we headed back there, pretty much alone.  It was wonderful and very memorable.  I wish I had my tripod that night but I still got a shot or two that I liked. 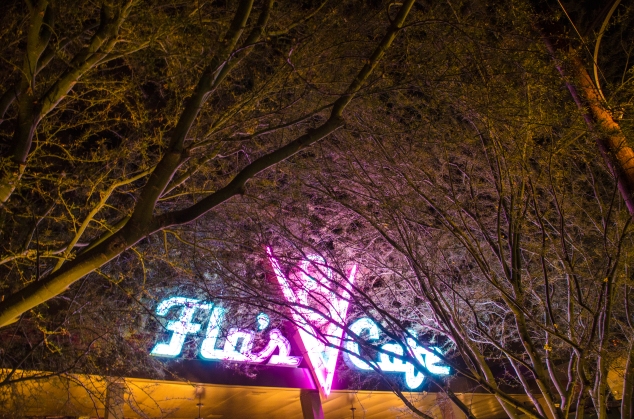 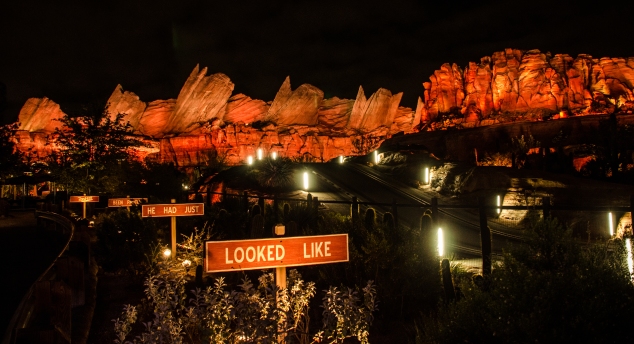 It was a lovely night.  I spent a little more time taking some photos and Melissa went on to some stores.  Our day in the park was over but our night was just beginning!  You’ll have to read part 4 of the trip report to find out what we did though.  How’s that for a teaser?  We’ll continue in part 4, writing about the rest of our Thursday night, what we did on our day outside of the parks, and most of Saturday.

I’m always looking for feedback on trip reports. Would you like more photos? More detailed plans of what we did and why we did it? More opinions on areas and attractions? Please let us know in the comments and we will try to include that in future trip reports. Thank you very much for reading and have a great day!