Every week our writers get together and answer a Disney related question.  Here is this week’s question and our answers!  Leave your answer in the comments.

Question of the Week: Out of all the attractions at Disney Parks, which would you most like to discuss with the imagineer who created it? What would you talk about specific to that attraction?

Melissa L. – I think out of all the rides at Disney I would want to talk with the imagineer who was the master mind behind Cinderella’s Castle! I think this is one of the most exciting things to see when you walk into Magic Kingdom. It is so majestic and regal and it’s the first thing that makes you feel you’ve entered this fairytale land. I think I’d most like to talk to the imagineer about how they planning the building in general. Figure out what their favorite parts are and experience the masterpiece through their eyes! I think it would be really interesting. 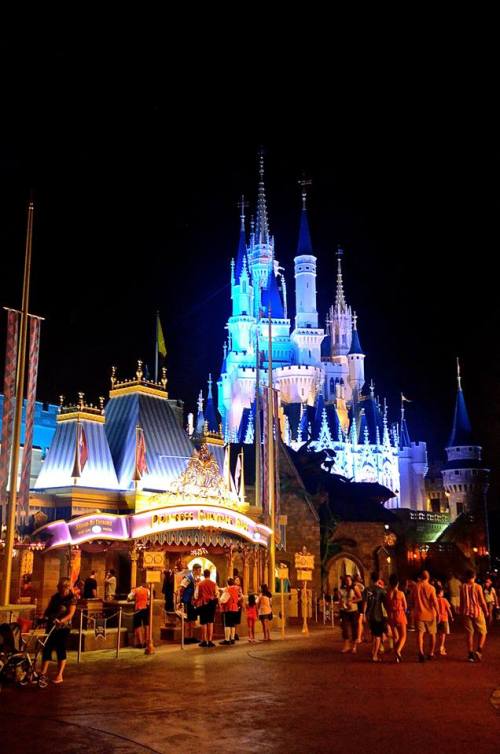 Leslie – Hands down it would be the Haunted Mansion. This is one of my favorite rides and has so much hidden secrets and meanings. I’m primarily interested in the Ballroom but learning about the Mansion itself would be fascinating. From the figures in the windows to the graves I would leave no tombstone unturned in our conversation.

Melissa H. – Aw man, the Haunted Mansion was one of my top ones! But, since this isn’t limited to rides, I think I would like to talk to the imagineers who worked on Fantasmic! For me, the show is a must do every time I visit the parks and I am totally taken away by Disney magic. I think I’d really like to discuss the timing of everything and how long it took them to perfect the process. It would also be really cool to get to see the staging areas under Tom Sawyer’s Island in Disneyland!

Andrew – As far as rides, I’d probably choose Splash Mountain but I’ll go the Melissa H. route and pick a show! Illuminations would be my choice. The story behind the show is so uplifting and hopeful. I’d like to know how they came up with it and were able to tell the story in such an abstract and beautiful way.

Kelsee – I think talking to the imagineers behind the tower of terror would be fun. I love the old Hollywood glamour they have in the ride and the mystery.

Cassie – I would want to talk to the engineers behind Radiator Racers. I’ve always wondered how they created such a large-scale ride (that appears as though it goes on for miles) in such a small space. The work that went into creating the Cars animatronics also fascinates me. I’ve never been on a ride, other than Cars, that can completely put you into the world of animation.

Thank you for reading Wandering in Disney!  If you like what you are reading please subscribe to the blog and like our Facebook, Twitter and Instagram accounts.  We have several trips coming up soon so there will likely be some action on those accounts!  We truly appreciate you reading our blog.  Have a great week!