If you missed the first installment of our April trip report, here’s a link. After enjoying the Country Bears and their charming ways, we headed towards Main Street to find a place for the fireworks.  We were a little earlier than usual because I realized it would be […]

On May 12th, Walt Disney World’s Magic Kingdom will debut a new nighttime fireworks show called Happily Ever After.  This will take the place of the beloved Wishes, which can last be seen in Magic Kingdom on May 11th.  Wishes has run for since 2003, making it one […]

Many people will say that Disney Parks are only made for families with children. Obviously, since I’m an adult with a Disney blog, I think that is ridiculous. I believe the parks and resorts have attractions that are fit for every age and life style, just some ages […]

Every Sunday our writers get together and answer a Disney related question.  Here is this week’s question and answers (leave your answer in the comments). Question of the Week: This week Disneyland debuted it’s new firework spectacular, Disneyland Forever. The question this week is what is your favorite part […] 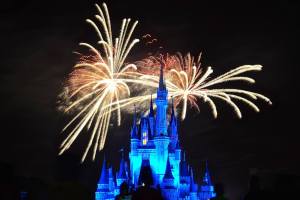 Walt Disney World (and Disneyland) has no shortage of special experiences.  One of those special experiences sits high above most everything else in Disney, in the top floor of the Contemporary Hotel.  This is the California Grill.  A signature (fine-dining) restaurant that gives stunning looks of Magic Kingdom. […]