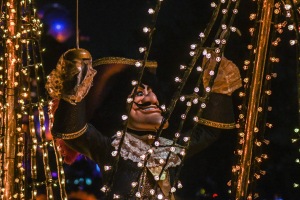 This weekend brought the return of Main Street Electrical Parade, Disneyland Forever and World of Color back to Disneyland Resort. We were there for the returns and did we manage to see all three in a night? Yes, yes we did. I wouldn’t be doing my friendly, neighborhood […] 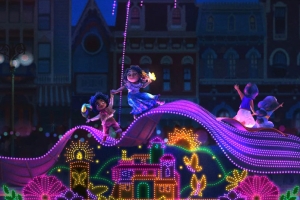 We’ve been waiting and Disney has finally announced the return of some beloved Disneyland nighttime spectaculars! Main Street Electrical Parade, Disneyland Forever, World of Color and Fantasmic all have return dates now. In this post, we’ll cover the news before jumping into our commentary! First, the news from […] 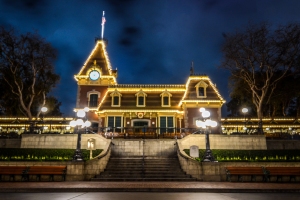 The holidays at Disneyland Resort have brought a wealth of entertainment back to the parks! From the great live music at Festival of Holidays in California Adventure to a parade returning to Main Street at Disneyland, there is more live entertainment now than any other point since reopening. […]

If you missed any or all of the first 3 installments of this trip report, here are parts 1, 2, and 3. If you are reading this blog, I’d say there’s a decent chance that you have felt ‘the Disney rush’.  What is that?  It’s a term I’ve […]

For the amount of Disney trips I’ve gone on, I’ve never done one with a group of more than six.  That all changed last week as my parents, brother, sisters, cousin, nephew, wife and I all made the trek to Southern California for a trip to Disneyland.  All […]

I was recently asked the question, “If you could do anything you wanted in the U.S. Disney Parks for 48 hours, what would you do?” I answered, “I’d tell you but then I’d be robbing my loyal readers of a fantastic blog post.” Well, maybe that’s not how […]

Last summer Disneyland began their 60th anniversary celebration.  Launching new shows and refurbished attractions, the celebration was a smashing success and is now continuing into 2016.  With the end date being September 5th, 2016 many guests will still be able to experience the celebration.  Here is an overview […]

You know those blog advertisements, typically on Facebook, that are just lists?  Like “Seven Ways to Feel More Rested While Getting Less Sleep” or “Nineteen Things We Wish We Could Bring Back From the Year 1900” or the elusive “4 Tips on how to Kidnap a Rhinoceros Without Getting Injured!” […]

The fifth and final trip installment of this trip report is finally here. If you missed part 1, 2, 3, or 4, just click on those numbers and they will magically appear on your screen. Seeing how I’ve already discussed many of my opinions in the previous installments, […]